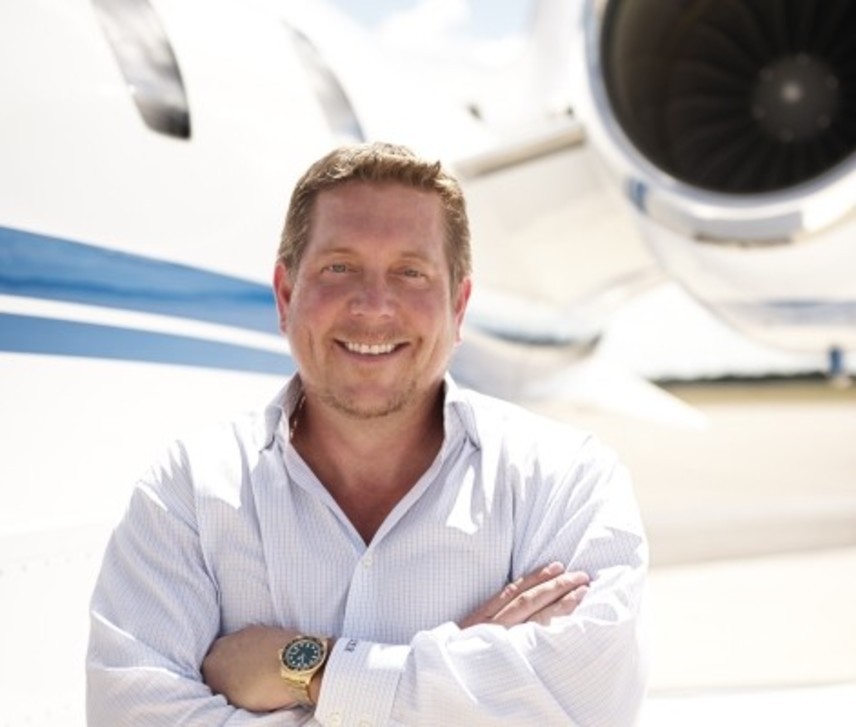 Providing a unique glimpse of the Business Aviation market from the perspective of those who buy, sell and operate business aircraft or offer expert advice, this month AvBuyer features the insights of Dallas Jet International’s Brad Harris…

Brad Harris has paid his dues as he progressed from hard-working teenager interested in aviation to head of the highly successful Broker/Dealer organization that he founded in 2003.

Initially pursuing architecture as a college student, Harris changed his major to earn a Bachelor’s Degree in Professional Aviation and Airways Science as well as a Master’s in Industrial Organizational Physiology at Louisiana Tech University. At age 22, his alma mater asked him to teach a course in aircraft electrical systems while he continued to pursue professional aviation. As a CFII, he built his flight time and added ratings, eventually obtaining a pilot slot on a corporate Cessna Citation II.

In the early 1990s he started his own aircraft leasing company and was operating a Cessna 340A in Mobile, AL. After convincing a local law firm that he could reduce their travel time between their office in Mobile to their client’s key location in Birmingham by employing the C340A, thereby increasing the lawyers’ billable hours, he widened his scope to manage several jet and turboprop aircraft. Soon he was responsible for a cadre of aviation professionals and their aircraft.

Responding to a key client’s urging and noting that over a third of his business contacts were from the Dallas, Texas area, Harris moved there in 2003 and continued his aviation activities under the Dallas Jet International logo.

Shortly after relocating, however, a management client asked Harris to join his insurance company, which he agreed to do provided he could continue buying and selling pre-owned aircraft. After acquiring the necessary licenses and contacts to offer aircraft insurance and adjuster services, Harris rose to the presidency of the insurance firm. By 2005 he was leading a team of over 400 employees and operating in 26 states, grossing nearly $14m annually.

In 2008 the insurance company was sold for over $200m, and Harris returned to brokering business aircraft full-time. Today, Dallas Jet International’s team consists of four producers, a research department, contracts personnel and a general manager.

Listings are either exclusive or held within Dallas Jet’s owned inventory, clients are mostly through personal referrals or repeat business, and transactions range between 25 and 35 business jets annually. In addition to his business activities, Brad Harris just concluded a three-year stint as Chairman of the National Aircraft Resale Association.

“When I was 12 years old,” said Harris, “my father insisted that I work summers. I’ve been working ever since. His focus on getting the job done, earning trust and being accountable served me well throughout my career and continues to serve me and Dallas Jet International’s clients today.”

“Today’s market is weird,” Harris told AvBuyer. “There are lots of deals to be made. You can talk to 10 brokers/dealers; five will say they are ‘off-the-charts’ busy, three will say things could be better and two that conditions are terrible. The companies that are doing well now are those with established relationships.

“After the many years that we have been in business, our book of business continues to grow. I haven’t cold-called in 15 years."

"We exclusively list our clients’ aircraft, and we help them in their negotiations with the OEMs on replacement aircraft. We handle all aspects of the transactions - from LOI, to pre-buy, to acceptance flight.”

“We carefully select the aircraft that we inventory,” commented Harris. “They are either placed on lease or we try to sell them within three months. We used to say the hold time could be six months, but today an inventory aircraft that is held too long could be a retail sale tomorrow, such is the fall in valuations with time currently.”

“The market has significantly changed from 2008, when clients were paying a substantial premium for late model pre-owned aircraft,” he continued. “I recall an eight-year-old Falcon 2000 that was priced new for $20.56m selling in 2008 for $21m. Today the same aircraft is listed at $5.3m. Lately we saw a 2006 Global offered at about $18.5m, slightly less than half its original.

“Rapid loss in residual value may be the new normal, at least for a while. Values of older aircraft may be limited to what their engines are worth. The Middle East market is still stable, but there is significant volatility in other areas of the world.

“We expect that the market will behave more rationally within the next five years—possibly sooner,” Harris predicts. “The upcoming US presidential election is causing uncertainty, as is the global economy. At the present time, there appears to be excess supply, particularly of new aircraft. Regarding pre-owned, we’d like to see less than 10% of the existing fleet available for resale.

“Bottom line,” Harris concluded, “there has rarely been a better time to purchase a business aircraft.”