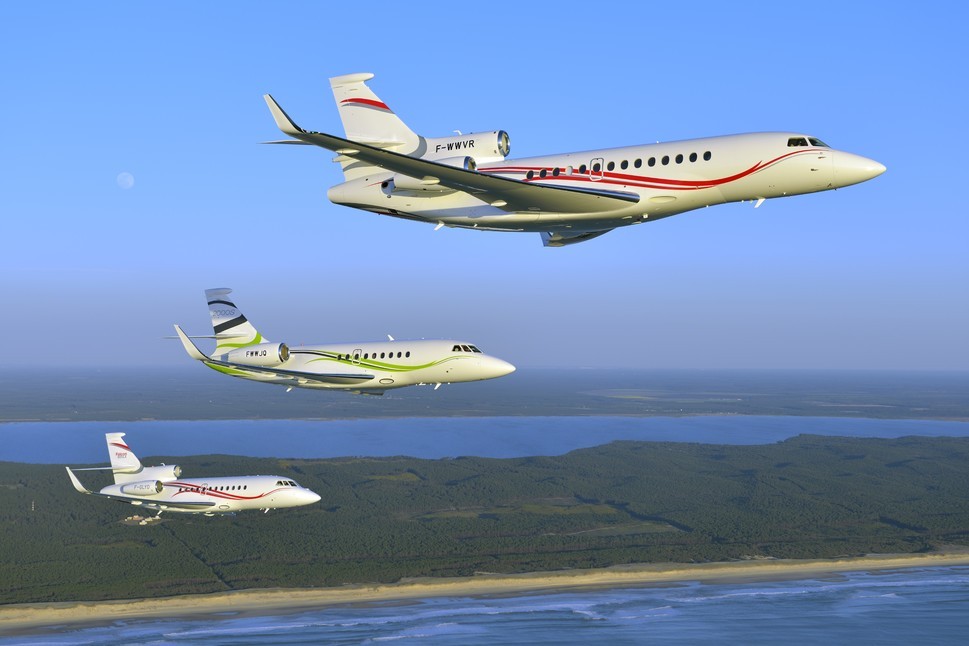 In this first part of our overview of Dassault Aviation, Rod Simpson looks back at the early days of Marcel Dassault and his many achievements during the formative days of what is now one of the world’s major providers of business aircraft.

As Business Aviation became accepted as a necessary form of transportation for corporations and entrepreneurs, airframe OEMs embraced advanced technology to serve the growing demand for on-demand mobility. Today’s sophisticated business aircraft are testimony to Business Aviation’s role as a respected and reliable travel option.

That has not always been the case, however. To appreciate the integral role Business Aviation plays in today’s fast-paced domestic and global marketplace, it’s important to understand how far business aircraft have progressed in the past 50 years.

Today’s business aircraft reflect their evolution from unique to necessity.

Prior to World War II, manufacturers of aircraft for the military and scheduled airlines seemed disinterested in what became known as General Aviation. Consequently, most aircraft available to companies and entrepreneurs prior to the 1950s possessed little new technology and were limited in performance.

As war-surplus aircraft were converted to civilian use, however, companies found access to fast transportation available on demand to be an effective business tool. Thus the arena we know as Business Aviation came into being. Eventually major manufacturers entered the market for business aircraft, thereby introducing a level of technology and sophistication previously available only to the military and airlines.

One of the first providers of airframes to address the needs of Business Aviation was Dassault Aviation. Under the visionary leadership of Marcel Dassault, the French manufacturer introduced the Falcon 20 in the early 1960s and set the stage for a series of business aircraft that embody advances in aerodynamics. Today’s Dassault designs such as the 5X and 8X are heirs to the culture of technology that shaped earlier models.

During the years following World War II, however, Dassault was primarily a manufacturer of military jet fighters with little experience of the civil market, although the company had manufactured airliners prior to the war.

In many ways, the emergence of Dassault’s first Mystere 20, which was announced in January 1962 and would become the Falcon 20, was astonishing - and represented a huge gamble for the company. While the Jetstar and Sabreliner, both designed originally as military liaison aircraft, were starting to establish the modern corporate jet concept, the market for this class of aircraft was still uncertain. Grumman, for example, would not proceed with the Gulfstream II for another three years, and first flight of the Hawker Siddeley 125 did not occur until August 1962.

Despite this, Dassault had the vision to launch a costly development program that would have a decisive influence on the whole of Business Aviation.

Subsequently, Dassault’s wide range of civil and military jet aircraft has consistently moved aviation engineering to new levels - and today’s Falcon family are the legacy of a man whose first manufacturing activities started a century ago.

This series will trace the history of Dassault’s commitment to Business Aviation and document the passion and technology implemented in today’s Falcon 2000 series, 900LX, 7X, 8X and 5X business aircraft. The involvement of aerospace OEMs such as Dassault is testimony to the importance of Business Aviation and the acceptance of this form of transportation by industry leaders and aviation policy-makers, worldwide.

The Rise of Mr. Dassault

Marcel Dassault was born in Paris on 22 January, 1892 as Marcel Bloch (he changed his name to Marcel Dassault just after the end of World War II). As a young man, he trained as an electrical and mechanical engineer and, after a period at the Ecole Superieure d’Aeronautique in Paris, his compulsory military service saw him based at the Aeronautical Laboratory at Chalais Meudon.

With the Great War in full swing, Bloch was tasked with design development of the Caudron G3 biplane before working with Maurice Farman on flight testing of his new military aircraft. By 1915, Bloch had amassed considerable experience in aircraft design and he turned his attention to improving the performance of aircraft propellers. With the help of furniture manufacturer, Marcel Hirch, he produced his Eclair propeller; obtained approval from the French test centre at Villacoublay; and launched his first manufacturing venture with a contract for 50 propellers.

The furniture workshop became the first of several factories and his “Helice-Eclair” went on to equip many types of combat aircraft, including the famous SPAD flighter. By 1917, Bloch and his friend Henri Potez moved on to aircraft manufacture, building a two-seat combat aircraft, the SEA.IV, at a factory in Suresnes.

The end of the war in 1918 found the French people with other things on their minds, and there was little demand for Bloch’s aircraft design skills - so the young entrepreneur turned his efforts to house-building, allowing him to accumulate capital. But his love of aviation persisted and in 1930 - aged 38 - he negotiated a French Government contract for a three-engined mail-carrying aircraft for use in the French colonies.

Forming Avions Marcel Bloch, he assembled a small team of designers and engineers. Existing light transport aircraft of that time such as the Potez 29 and the de Havilland Dragon were built of wood with fabric covering, but Bloch realized metal construction would be the future in aviation and his MB120 proved to be a strong and effective performer.

Bloch had a rare talent for motivating and inspiring his small design teams that made his factories very productive. As air transport in Europe was starting to take-off, Bloch designed the new modern 16-seat twin-engine Bloch 220 for service with Air France, followed by larger transports (including the three-engine Bloch 300 and the luxurious four-engine Bloch 160), which would ultimately become the Sud-Est Languedoc.

By 1938 the company had been nationalized, coming under the SNCASO (Sud-Ouest) umbrella. It incorporated Bloch’s factories at Villacoublay, Courbevoie and Chateauroux together with the Bleriot and Liore-et-Olivier plants - with Marcel Bloch in overall charge.

With war on the horizon, he and his team designed and built aircraft such as the MB.174 multi-role bomber/reconnaissance aircraft and the MB.152 single-engine fighter. While these were sophisticated aircraft for their time, few were actually produced before the German occupation.

Marcel Bloch refused approaches from the Germans to work for them, as a result of which he was arrested and sent to the concentration camp and factory at Buchenwald where prisoners were forced to build V-1 and V-2 rockets.

Marcel recounted that this was the occasion when his “Talisman” was created. Just before the war he found a four-leaf clover that he put in his wallet. The wallet was confiscated at Buchenwald - but returned to him after the war, still with the clover inside, which explains why a four-leaf clover is the Dassault trade mark symbol to this day.

Bloch was eventually liberated and returned to Paris - and a new chapter opened in the life of this extraordinary designer. The post-war years were to bring him rich rewards in both civil and military aviation, as we’ll explore next month as we trace the legacy of Marcel Dassault that lives today in the technology of the Falcon 900LX and 7X, in production for the foreseeable future, and the imminent emergence of the 8X and 5X.

Find out about today’s line-up of high quality Falcon business jets at www.falconjet.com