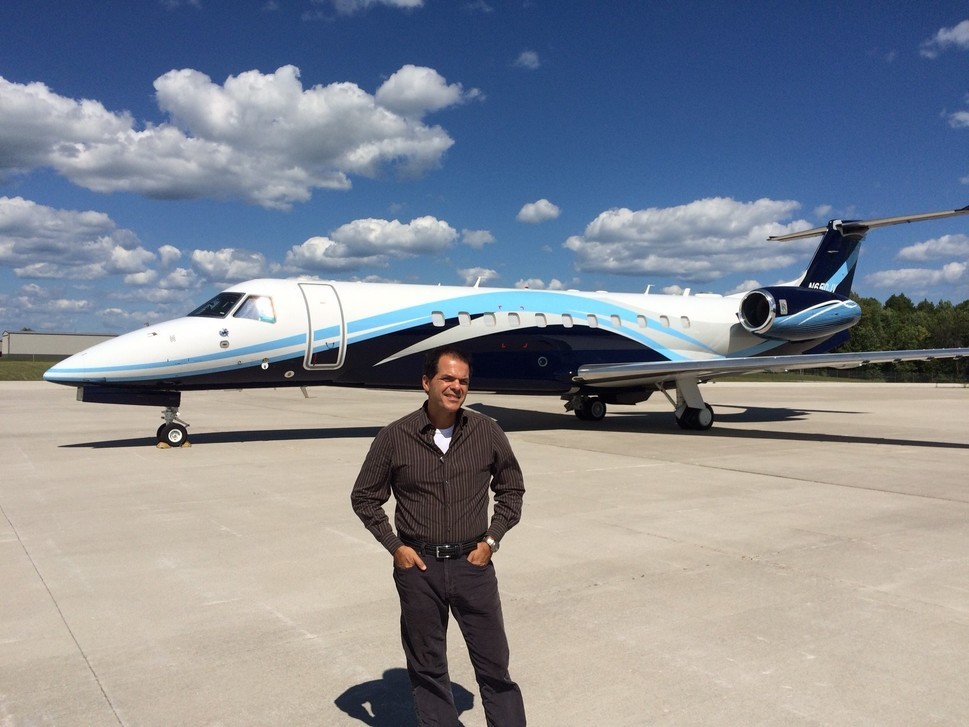 Andre Fodor is Vice President of Aviation and Chief Pilot at Johnsonville, a high-end sausage manufacturer that trades in 40 countries. As you might expect, the company’s flight department is a busy operation, notes Rani Singh…

Born in Brazil and fascinated by technology and electronics from an early age, Andre Fodor was inspired when his father took him to airports to watch the airplanes. He recalls his excitement at being taken into cockpits to see the dials and gauges, and he grew to love everything about flying.

He needed to move to the US to achieve his aviation ambitions, eventually gaining a pilot’s license and ratings to become a flight instructor. Helping a former student get a job, he was quickly repaid when the student went overseas, inviting Andre to go with him. “I ended up getting a UN position in Africa and the Middle East, gaining a lot of aviation management experience quickly. I was posted to Kuwait, managing flight operations after Desert Storm.”

Later flying jets for a Pepsi Co franchise, and then working for Flight Options, the US’s second biggest fractional program, Andre was invited by Embraer to help set up operations in Melbourne, Florida.

When Johnsonville, a renowned sausage manufacturer serving many international markets came calling, the company was about to buy a long range aircraft to expand its global reach. Andre found that he and the Johnsonville CEO had similar mind-sets. “We both think outside the box; we innovate and provide an unequalled level of service and experience,” he comments.

Andre refers to the ‘extra three percent’ – offering an exquisite, professional level of service within Business Aviation. Transporting passengers where productivity is of key importance requires a unique setting, he highlights. Consequently, the environment of the jets in Johnsonville’s flight department - even down to the smell, the towels and uniforms - is changed with the seasons, so that everyone on board has an unmatched sensory experience as well as efficient transportation.

So why is Business Aviation so vital to a global sausage manufacturer? “Let’s suppose we have a plant with a problem with its recipe-base, and an issue with flavors,” offers Andre. “We would have to stop production due to an issue with seasoning or appearance.

Would you want to stop a production line that can produce £200,000 worth of product in a day for very long?

“With our business jets, we get the necessary persons aboard the airplane and transport them to the location in the shortest time possible, avoiding lengthy security lines, eliminating connecting flights, and preventing delays. That adds tremendous value to the company.”

Andre and his team fly around 400 hours a year, 200 of which are for “global reach and philanthropy”. Johnsonville’s two-year-old Legacy 650 has flown just under 800 hours, he notes. “It flew once around the world over 22 days. When I need supplemental lift; I complement my lift needs through our contracts with charter and fractional operators.”

However, Johnsonville has also recently taken delivery of a new Global 6000 jet, meaning that company personnel can easily reach China, Singapore and Japan - countries in which Johnsonville is active.

“The primary reason for acquiring the Global was to buy us the commodity of time,” Andre notes.

"Chicago to Tokyo, for instance, takes 14 hours. The Legacy does not have a crew rest area. It’s a long flight, so you can’t do it in a day with the 650. You need a stop-over. The Global offers the non-stop range and also, with a crew rest area, enables transportation of an extra pilot. It’s designed for this kind of trip.”

Another example of Business Aviation’s vital role was illustrated when Johnsonville was seeking to acquire a company overseas and negotiations had reached a crucial stage. “The two parties could not get to an agreement on the philosophical value of how the business was going to happen, so the chairman said: ‘The only way to resolve this is to go there, sit down with this guy and tell him how we have a different approach to doing things’.

“He went home and packed his bags as we prepared the flight. We flew through the night, landing at 10am. At 11am the Chairman was in the guy’s office, and by 1pm they were having a celebratory meeting. There’s nothing like doing business face-to-face. The two chairmen had finally seen that both of them had the same care and attention to business. That’s how we bridged the gap,” Andre concludes.

Johnsonville produces products for other major companies, and Corporate Aviation enables the necessary efficiency for Johnsonville. “If a customer anywhere around the world has a problem, we need to connect our executives, sausage makers or experts with that customer,” Andre summarizes.

“Issues with customers from all over the nation – and indeed the globe – can be handled face-to-face with a business jet,” he adds. And with internet capability, telephones, printers, fax machines and great service noted above, the jets operating within Johnsonville’s flight department are essentially “an extension of the corporate office”. Corporate secrets and corporate security are maintained, too.

However, the Business Aviation operations have another, more human-needs-related facet. “Flying corporate means lots of control over the safety and security of our key personnel, and they can travel at their convenience, to their schedule,” notes Andre. “Busy high-end people sacrifice a lot of personal time with families. Jets bridge that gap - the whole family can get together for weekends to recharge and refresh.”

Andre concludes with a final story of personal and emotional value that rates highly with both Johnsonville and him. “We once received a call saying that the father of one of the firm’s executives was terminally ill after a major cardiac issue, and was lying in hospital. We deployed to New York immediately, collected our executive, turned south to North Carolina, picked up the gentleman’s wife and then flew Midwest to have this couple join the executive’s father in those last moments of his life,” he recalls.

“That’s completely impossible with airlines, and summarizes the immense business and personal value of Business Aviation to Johnsonville.”

Discover more reasons why Aviation is essential to the daily activities of many businesss with our Biz Av case studies & interviews.