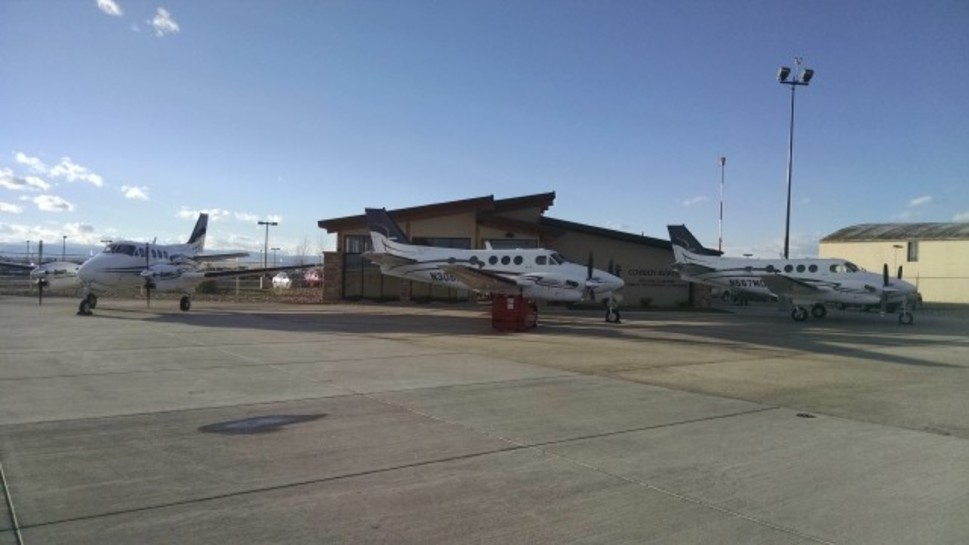 Diagnosing, treating and rehabilitating orthopedic conditions, Premier Bone & Joint Center’s team of board-certified physicians work with patients throughout Wyoming and surrounding states. Chief Pilot Cody Diekroeger tells Rani Singh they simply could not do their job without the use of business turboprops.

Without intrastate airline service in Wyoming, General Aviation serves as the most efficient mode of transportation in this vast, sparsely-populated region. “Without General Aviation we couldn’t do it, our practice would not exist as it does today,” Cody Diekroeger, Chief Pilot, Premier Bone and Joint Center highlights.

Today owned by a consortium of orthopedic surgeons, the group was founded 43 years ago by Drs. David Kieffer and Robert Curnow as Gem City Bone and Joint. Eventually a decision was made to take specialized orthopedic care to the patients rather than have the patients drive hundreds of miles for treatment. Initially, before the use of a business aircraft, a limousine and driver facilitated travel to the satellite clinics.

While the majority of surgeries are conducted at the Premier Bone and Joint surgery center in Laramie, some procedures may be accomplished at the satellite clinic locations since many are equipped with x-ray and MRI equipment and qualified technicians.

“Well, after a year of driving in Wyoming – Wyoming winter weather can be terrible – [the doctors] figured there had to be an easier way to do this, and they started chartering a single engine airplane,” Cody, also director of aviation, reveals. “That soon led to the group purchasing a twin engine piston aircraft, and then, in 1985, they bought their first Beechcraft King Air turboprop airplane, which they still own.

“We had one pilot and one airplane until 2001 when a second King Air was added, followed a few years later with two more King Airs joining the fleet. We fly the surgeons and their support staff across Wyoming from the home base in Laramie to each of our ten satellite clinic locations.”

According to Cody, the airplanes transport very highly qualified surgeons to communities that are not large enough to support a medical practice with such specialized medical care.

“The physicians are trained in various specialties, and they rotate through the clinics every week, treating patients according to their specific orthopedic needs,” he adds. “Premier serves approximately 75% of the state geographically—about 80% of the population.

“It could take a whole day for someone to drive to a major metropolitan city such as Denver, Colorado for such medical care,” Cody muses. “Our airplanes allow our medical teams to travel to one of our satellite clinics in an hour or less, spend the day seeing patients and performing surgeries, and then fly back to Laramie.” Indeed, sometimes all four airplanes are out on the same day, heading in different directions, transporting different orthopedic specialists.

How the Fleet is Used

Cody spoke to AvBuyer while there was an actual procedure occurring. “Yes, we have our pain management physician here today in Casper, Wyoming,” he explained. “It’s about a 30 minute flight from Laramie. He is in an operating room administering injections to patients to address their pain issues and is our most senior physician. He’s been doing this for many years.

“There are not too many pain management physicians in the country, so we feel very fortunate to have someone who is capable to do this.”

Premier surgeons are flown to towns that typically have populations ranging from 5,000 residents. “The largest town population in Wyoming is 60,000 and even if it has 60,000 people, the town may not be large enough to support having an orthopedic practice with so many different specialists,” Cody says.

Thus the group provides much needed specialized care by bringing surgeons to the residents.

“Many of the surgeries that our doctors perform in Laramie and at some of our satellites may be considered 'elective surgery', although [our medical team] may occasionally encounter time-sensitive trauma cases. A patient may have a knee problem (a torn cartilage or ligament issue requiring attention), although it may not be a life-threatening or emergency situation. The Premier Bone and Joint physicians are also the team doctors for the University of Wyoming athletic department, traveling with the sports teams and treating the athletes.

And because Wyoming is so agricultural, farmers and ranchers often require medical attention due to injuries sustained while working with livestock or machinery. In fact, a local veterinarian has been operated on by almost every one of the Premier surgeons due to injuries suffered while administering treatment to livestock!

A Day in the Life of the Flight Department

“We would depart Laramie around seven in the morning, flying to our clinic in the southwest corner of Wyoming, a town called Rock Springs,” relays Cody. “That is probably our busiest satellite clinic, and we may see upward of sixty patients a day. We may do a surgical procedure or two and then at the end of the day, fly the doctors back to Laramie.

“The next day we’ll have another airplane going to Rock Springs with physicians with a different orthopedic specialty. Some of our doctors may specialize in upper extremities (hand, arm and maybe shoulders). Others may specialize in knees, sports medicine, or spinal conditions.”

Cody often has the opportunity to meet patients, relaying how the husband of one patient from Scottsbluff, Nebraska was thrilled with his wife’s progress. “He told me that his wife loved our surgeons; she loved our nursing staff and our hospital. At some point she’ll have her other knee replaced and she’s going back to the same doctor. This man was just so happy for his wife, who he said had been in pain for quite some time, but now was like a whole new person.

“We hear many stories like that. Some people relay that our doctors operated on their knee, that they’ve sent their kids to us, and their grandkids. So some of our doctors have seen three generations of patients,” Cody concludes. “It looks as though Premier Bone and Joint will treat many Wyoming generations to come – but I re-iterate, it couldn’t happen as it does today without the business aircraft!”