The History of Avions Marcel Dassault 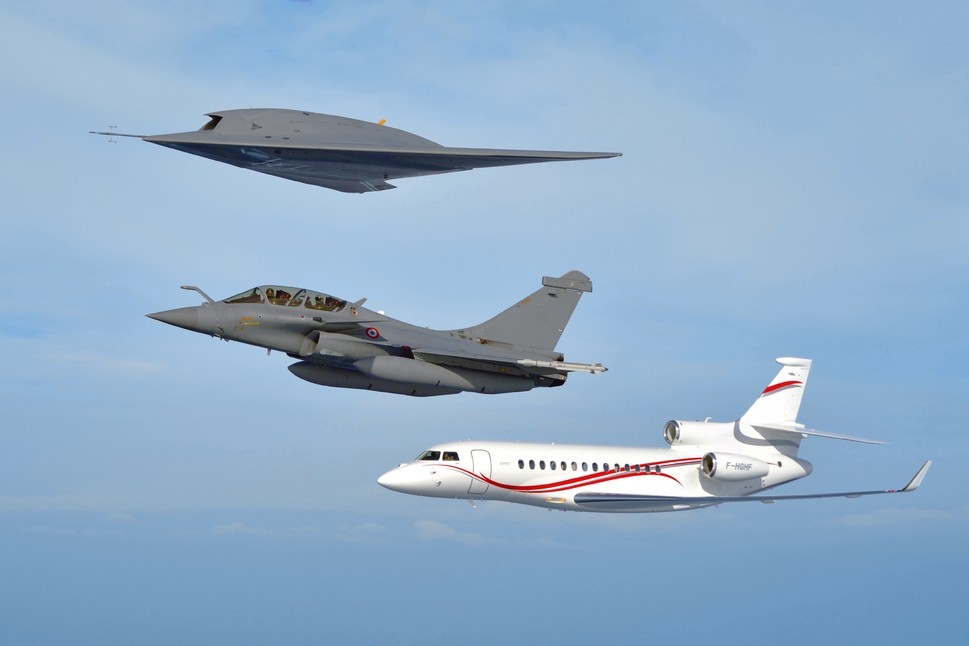 Rod Simpson continues his series on the transition of Dassault to the design and manufacture of business jets.

May 4th, 1963 was a momentous day for Avions Marcel Dassault. Not just because it saw the first flight of the Mystère XX business jet - but because it changed Dassault from a manufacturer of military combat jets to one that embraced the very different civil commercial world and committed the company to sizeable investment in the largely unknown field of Business Aviation.

With World War II over, the 53-year old Marcel Bloch returned to his aviation empire and changed his name to Marcel Dassault. While he had great experience in building successful commercial transports during the 1930s, there was little demand for new airliners in the years immediately following WWII, so his company's focus became firmly directed to military programs.

Marcel Dassault quickly acquired land adjacent to the airfield at Merignac near Bordeaux and erected a new 5,000 square-meter factory that was used to assemble a batch of 300 Flamant twin-engined transports for the French Air Force, with major components bought in from French manufacturers SNCASE, SNCASO and Morane Saulnier. However, these were the days when the ambitious plans of Josef Stalin would expand into the Warsaw Pact and establish what Churchill dubbed “Cold War”.

Under French President Charles de Gaulle, France was gearing up its military power, and Dassault grasped a large slice of the emerging market for combat aircraft. Thanks to his energies, Mr. Dassault’s company became the sole source provider of fighters for the French Air Force - and remains so today.

Vision of the Namesake

None of this would have been possible without the personal technical expertise of Marcel Dassault and his willingness to take risks. Jet fighters were in their infancy with early U.S. types including the Lockheed Shooting Star and the Republic Thunderjet. Stalin's designers, notably Mikoyan and Gureyevich, were producing a range of new fighters that would be stiff competition for North American's Sabre when hostilities erupted in Korea.

In December 1947, despite a lack of interest from the French Defense Ministry, Dassault started work on the Ouragan single-seat fighter as a company-funded private venture and, fortunately, the French Government soon recognized the project and contracted for three prototypes. Dassault's grasp of the most advanced design features was evident in the fighter jet’s pressurized cabin, the thin-section high-performance wing with its tapered leading edge, and in the swept tail surfaces equipped with a cruciform tailplane.

With a top speed of Mach 0.75, the Ouragan became the standard French Air Force front line fighter with 57 in service by March, 1953 and 250 on strength two years later. Slightly more than 100 examples were exported to India, and the aircraft was also sold to the Israeli Air Force where it saw combat in late 1956 against the Egyptian Air Force's MiG-15s.

With his reputation well established, Marcel Dassault moved into politics, becoming a deputy in the French National Assembly in 1951; but his technical vision in aeronautics remained and he kept close contact with his designers, while his son, Serge Dassault, took an increasingly important role in the Société des Avions Marcel Dassault.

Dassault's technical team went on to extract even more performance from the Ouragan airframe. They fitted its fuselage with a 30% swept wing, creating the Dassault Mystère I. The production Mystère II, which replaced Ouragans in French Air Force service, became the first French aircraft to break the sound barrier in a dive. A further improved wing design with 32% sweep was used on the Mystère IV and, finally, the Super Mystère B2 fighter bomber, which had a wing sweep of 45-degrees and took advantage of the new technique of engine afterburning to deliver low-altitude supersonic performance, was developed.

The 1950s found Dassault moving at breakneck speed with new fighter designs including the Etendard carrier-borne fighter and the Mach 2 Mirage IV strategic bomber, which served as France's delivery system for its nuclear weapons program. Arguably the most famous of its combat aircraft was the Mirage - a delta winged fighter introduced in 1956 that could achieve Mach 2 speeds and was produced in many variants and sold to air forces all over the globe.

Every one of these aircraft benefited from meticulous engineering and adoption of the latest thinking in aerodynamics and systems; the Mirage airframe became the basis for exciting experimental designs. Dassault created the first VTOL jet fighter, the Mirage IIIV, which is still the only VTOL combat aircraft to have delivered Mach 2 speeds, and Dassault pioneered variable geometry wings with the Mirage G, flown in 1967.

With its dominance in the French governmental sector and an exclusively military mindset, it seems astonishing that Marcel Dassault would take the initiative of launching into a completely new civil market—Business Aviation. However, in the early 1960s there were the first signs of a softening in military sales. Although the military would continue to provide major business for Dassault, the company founder, who still had a firm hand on the controls, had the foresight to realize that there was emerging demand in Business Aviation, which offered a route to diversification.

Lockheed's Jetstar and North American's Sabreliner had recently flown, and the Hawker Siddeley 125 was under development to meet the needs of companies seeking to replace old generation DC-3s and Lockheed Lodestar piston-engined transports.

Thinking laterally, Dassault understood that the company's accumulated skills in advanced fighter design could be applied to a world-beating business jet - and that aircraft was the Mystère XX, which used essentially the same wing as the Mystère fighter and took to the air in 1963.

It would become the Falcon 20 and would later inspire today's Falcons - the Falcon 900, 2000 and the X-series.

Marcel Dassault knew only too well that effective marketing of the aircraft in North America was the key to its success. Following a visit to Bordeaux by the famous Charles Lindbergh, acting on behalf of Pan American's Juan Trippe, Dassault moved to establish Pan American Business Jets. It was led by James B. Taylor (who would later head up the Cessna Citation program as well as Challenger for Canadair).

However, as we will see in the next part of the Dassault story, the major coup was Pan Am's sale of aircraft to small package start-up, Federal Express. This was the start of the Falcon Era…