The Millennium Phenom - Embraer's 100 Jet is on a Mission! 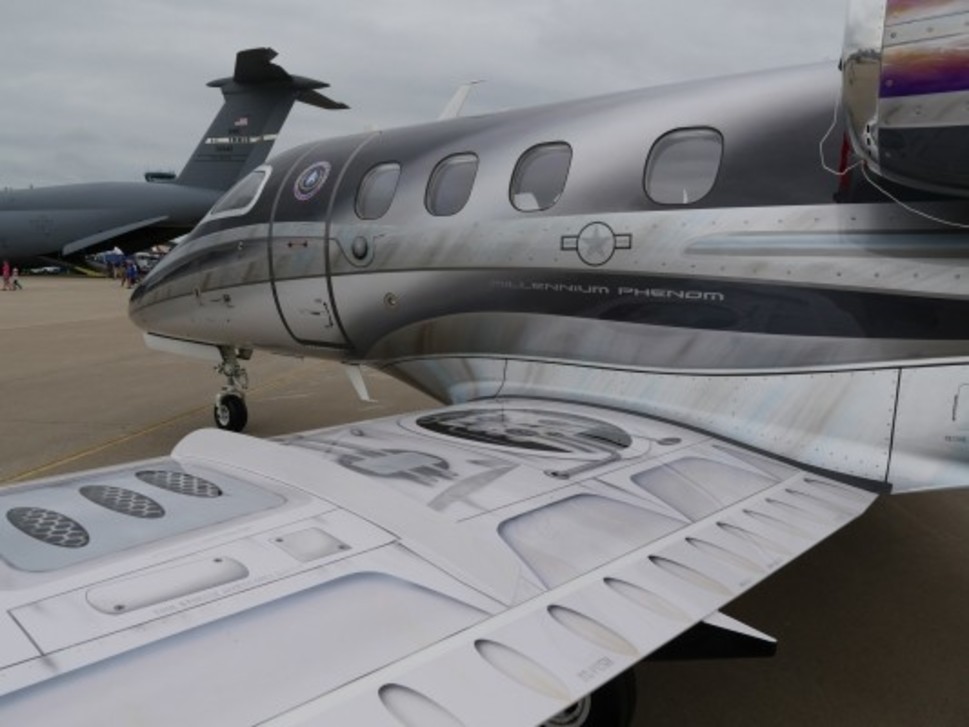 Few jet owners have lavished such love and attention on their aircraft as Mark Holt has done with his Embraer Phenom 100, notes Rani Singh. While most business jets provide comfort and efficiency, Holt’s has a noble mission that brings great happiness too.

Standing in Whitman Field at Airventure Oshkosh Mark Holt smiles: “Steve Whitman and my father were the best of friends,” he tells AvBuyer. “I have been involved in aviation my entire life.”

Living in Mason City, Iowa, Holt is the former owner of Varied Industries, a biotech company – and he became involved in Business Aviation when he found he was covering most of the US for his business. “I got tired of driving and didn’t want to fly commercial.

“I earned my pilot’s license in 1994 and used an airplane to travel around the Upper Midwest,” he recalls. “Of course when you start out and when you have a business purpose for it you never have enough horsepower or altitude.”

Holt explains that he would use the aircraft to “haul” customers into his office because the closure rate on deals following plant tours was 95%.

And because 95% of those he could transport to Mason City became customers, he graduated through various aircraft as his business grew; from a Piper Saratoga, a Piper Malibu up to his Embraer Phenom 100.

“My banker saw I was hauling in lots of customers across Lake Michigan,” he shares. “He had a lot of concern and trepidation about crossing the lake with one motor, so he encouraged me to get a multi-engine airplane.”

Once Holt had a taste of jet aircraft, he didn’t want to return to piston power. One of the key components he needed was speed - thus Holt began investigating the Very Light Jet market.

Having purchased the Phenom jet and used it successfully for two years transporting customers in and out of his factories, he told AvBuyer “The thing I liked most about the Phenom was that it was a clean-sheet, purpose built, single pilot capable airplane. Plus I liked the look – it’s a gorgeous airplane!”

Finding a New Use

About eighteen months ago, Holt’s company Varied Industries was bought by another group. “They didn’t want the jet and I didn’t want to give it up, so I kept it,” Holt recalls. “My wife and I repurposed it and gave it a pseudo military paint scheme. We wanted to give back to society - what better way than to airlift disabled veterans and give them command rides?”

Another goal for the Holts “is to find a child who would like to have been in aviation but – maybe because of a disability or some other reason – couldn’t be."

"We would like to take them to an Air Show; to give them the whole Air Show experience by doing low passes and maybe arrange for them a Warbird ride.”

Mark and his wife now call their jet ‘the Millennium Phenom’, named after the legendary Starship Millennium Falcon from Star Wars. Wishing to make the experience as much fun as possible for his passengers, he thought long and hard how to do this.

“Once I came up with a base design, I saw an F18,” he reflects. “It had blue and gray, and back to dark blue. I liked the pseudo-camo paint scheme. I reached out to John Stahr, who runs Artistic Aviation out of Oregon.

“He asked me how I feel when I fly the jet? I told him I felt as though I’d left the Starship Enterprise out in orbit and was descending to the planet in a shuttle.” Holt’s thoughts gave way to a floodgate of creativity.

Next thing, he and Stahr were discussing Star Wars, Star Trek, Back to the Future – all of their favourite movies growing up as a paint scheme was devised. The prep-work and base coat paint on the jet was painted by Flying Colours of Benton Harbor, Michigan. They took the airplane apart and prepared it for Stahr to come in and work his airbrush magic. The team at Flying Colours then wet sanded it many times to get the clear coat just right. 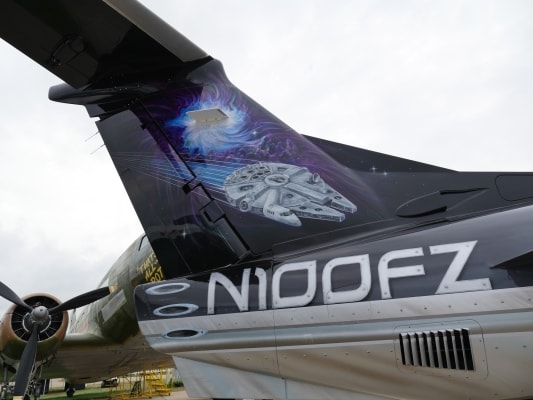 “My experience with the Embraer Phenom 100 has been fantastic,” Holt reflects. “I had a malfunction in the nose-wheel landing gear system, and the service center drove down to fix the problem.”

Embraer shipped a part from Florida to Chicago and paid a courier to drive to Mason City Iowa. They finished repairing the plane at 3pm, and the following morning they returned home while I flew to California. “They don’t want any aircraft down for more than 24 hours.”

Mark Holt’s passion and enthusiasm for aviation is undoubted. As he seeks to spread that passion, he has found Business Aviation highly versatile, both in terms of getting business deals signed and sealed as well as giving support to those with a need. And in the Phenom 100, he’s found an airplane as diverse as his own ambitions.

All Photos from Paradime Media, by Sean Casper