The Value of Giving Back in Aviation

How OGARAJETS and Aviation Career Enrichment, Inc. are aligning 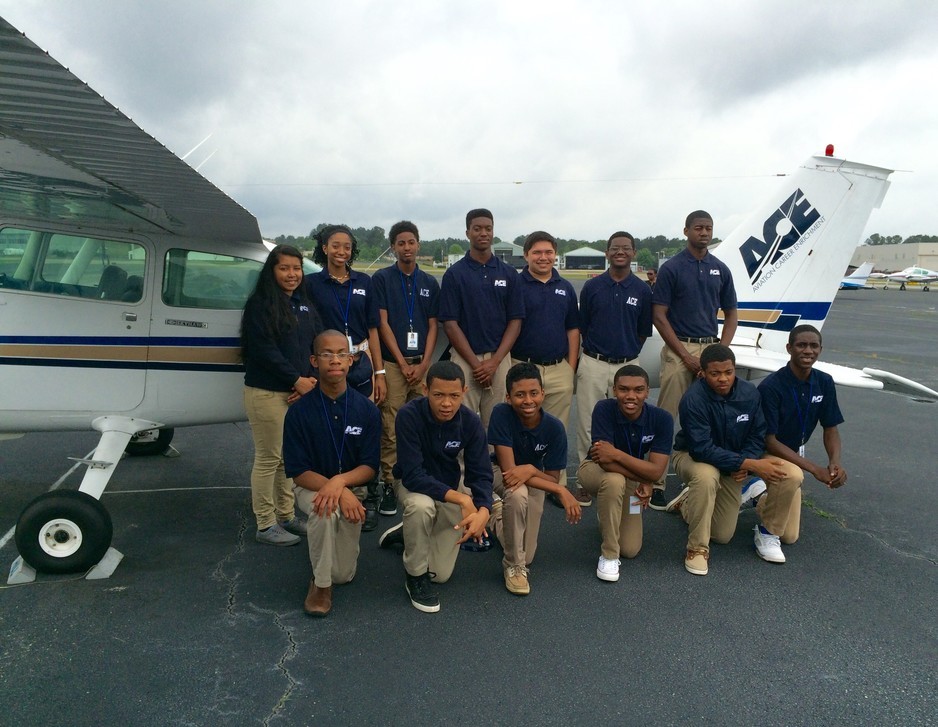 Perhaps the most significant intellectual of the Enlightenment era and the father of the discipline now known as Physics, Sir Isaac Newton, said “If I have seen further than others, it was by standing upon the shoulders of giants”. In his recently published book, First Things First, renowned business guru and educator Stephen Covey notes that “The world we live in is the legacy of those who have gone before us.”

Clearly, society builds upon the accomplishment of those who have gone before. The pace and efficacy of that growth, however, depends upon the willingness of current leaders to share their experiences and their resources with those who may choose to follow.

How often have we heard of a pending pilot shortage or the disturbing prospects of fewer maintenance personnel as Business Aviation expands its role as an essential component of air transportation in the US, Europe and elsewhere? No professional within our community wants stagnation or decline. The key question, however, is what do we do about issues that cloud our future?

It is essential that we pursue opportunities to nurture those who show an interest in flight.

Thus we find the alignment of OGARAJETS and Aviation Career Enrichment, Inc., fascinating and most encouraging. These two Atlanta, Georgia-based organizations occupy prominent positions at opposite ends of the General Aviation spectrum, yet they have a common purpose—leveraging the value of aviation to society and contributing to the future of the aviation community.

OGARAJETS serves the needs of corporations and entrepreneurs domestically as well as globally that use or are contemplating the use of business aircraft for company transportation. Founded in 1980 as the O’Gara Aviation Company by former US Navy F-8U pilots Ed O’Gara and John B. Foster III, the firm now is led by John B. Foster IV, known to the community as Johnny. While his father remains active day-to-day, Johnny tends to business as OGARAJETS’ president. Is this father and son team of aviators grooming a third generation to step in at some future date?

Reese Foster, son of Johnny and grandson of John B. Foster, experienced aviation at an early age, albeit with no awareness of the family’s involvement as he attended his first NBAA convention at age one month. By age 5, he had been present at the NBAA Annual Meeting and Convention six times!

Familiarity, however, did not breed contempt as Reese’s interest continued in spite of his family’s profession. At age 10, he and his father planned a trip from Florida to Oshkosh, Wisconsin in Johnny’s 100HP Legend Cub to attend AirVenture, the annual gathering of the EAA faithful at Wittman Field. While too young to seek a student certificate, Reese nevertheless often handled the controls from the rear seat of the updated design based upon the venerable Piper Cub.

By no means is ACE the only organization to employ aviation and flight training as a stabilizing force for challenged inner-city youngsters.

Its successful story, however, exemplifies the contributions that a talented teacher with both a love of aircraft and an uncompromised dedication to his students brings to society.

Born in the same Alabama city that lent its name to the famed Tuskegee Airmen, the WWII squadron of African-American fighter pilots, Julius Alexander enrolled in the USAF Reserve Officers Training Corp (ROTC) as a college student and soloed in a J-3 Cub in the 1950s.

But Air Force flight training was not in his future, and he graduated from Georgia’s Morehouse College (Dr. Martin Luther King, Jr.’s alma mater and the only all-male school of higher learning in the USA historically for blacks) in 1959 to become a teacher in the Atlanta public school system. Five years later he earned his Private Pilot’s certificate, and the following year was selected to be one of three teachers for an innovative aviation program offered to Atlanta high school students.

An essay by Alexander about aviation as a stimulus for education attracted the attention of Cessna Aircraft, which invited him to be one of 10 educators to attend a special aviation education workshop in Wichita. Other articles followed, and by the early 1970s Alexander was gaining traction for the concept that aviation was a particularly effective tool for influencing inner-city youth.

For other students who were not able to enroll in one of his aviation programs within Atlanta’s school system, Alexander formed a cadet squadron of the Civil Air Patrol and thereby expanded his aeronautical outreach. During his tenure as a public school teacher, he earned his FAA certificates as a commercial pilot, ground instructor and CFI for singles and twins.

Although Alexander’s aviation program was popular and apparently effective, a new Superintendent of Schools in the Atlanta area decided that the district’s limited funds were better spent on other subjects. Thus in 1974 Alexander resigned his role in public education and joined the Lockheed Corporation at its Marietta, Georgia facility, nearby Atlanta, in its PR department. He continued there until retiring in 1997 as a Senior Public Relations Representative. While at Lockheed and subsequently following retirement, he continued his dedication to youth aviation education.

Tending to his day job with Lockheed but spending weekends with his passion, Alexander encouraged youngsters through several aviation enrichment programs. He led a team that designed Aviation Career Education, a concept that was eventually embraced by several aviation organizations in the form of ACE Camps.

By 1980, his core efforts morphed into what became Aviation Career Enrichment, Inc., whereby any youth who demonstrated an interest could learn about flying by spending three hours each Saturday morning with Alexander, attending ground school and relating aeronautics to math and physics. Tuition, so to speak, was $12/month, and students often found sponsors to cover their cost of participation.

Since its formation 35 years ago, the program has reached over 1,000 individuals, and Alexander has logged well over 11,000 flight hours. Over 180 young aviators undertook their first solo under his supervision and several are now employed with the Scheduled Airlines.

Johnny Foster selected Julius Alexander to be Reese’s flight instructor out of respect for the educator’s aviation skills and admiration for the mentoring role Julius plays within the aviation community surrounding Fulton County Airport. His belief in ACE extended beyond Reese’s immediate needs, however. OGARAJETS created a significant endowment that provides scholarship funding for ACE students who show passion and commitment for aviation as a career. It is from those students that future aviators will surface.

Still serving as a motivating force for inner city youth, Alexander’s Aviation Career Enrichment program has expanded and is active today, open to anyone who wishes to pursue flying as a career or avocation.

The school operates four aircraft—two Cessna 172s, a Piper Comanche and a donated Cessna 310 currently undergoing refurbishment—two simulators and a flight training device. Most of the teachers and mentors are volunteers, although a small number of independent CFIs are modestly compensated for their activities.

While ACE focuses on Atlanta youth from ages 9 through 18, adults are welcome to participate in the ACE Adult Flying Club. The appeal of aviation knows no age limit, offering fulfilment to all who seek the benefits of flight.

OGARAJETS’ support of ACE is a worthy example of creating a legacy that adds value to all who participate in aviation, now and in the future.

Find planes for sale on AvBuyer