Why is it important to consider the installation process of a jet connectivity system thoroughly? Aviation Director Andre Fodor offers some helpful tips… 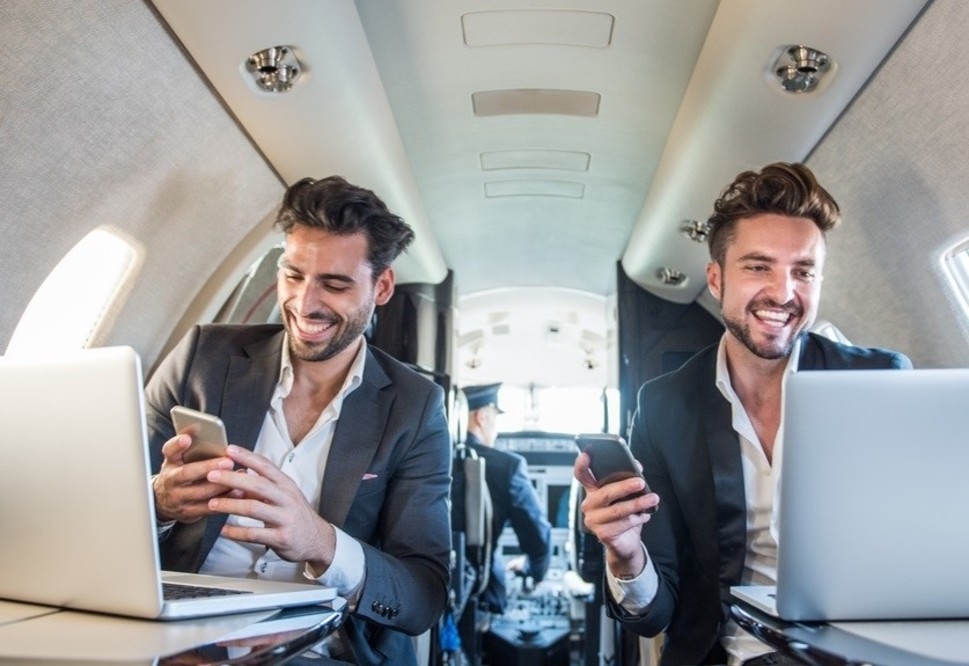 Getting the selection and installation process right first time

Just as important as having cabin connectivity in a business jet is the need to select the right equipment and consider the installation process thoroughly. Aviation Director Andre Fodor offers some essential tips on saving time and cost longer-term…

After taking an office computer to the maintenance shop recently, I was surprised to learn that six months after buying it new it had already become obsolete. Yet this is only one of many examples of how technologies evolve quickly.

Applying that understanding to cabin connectivity in business aircraft is essential. The verve surrounding the booths of the connectivity providers at the latest trade shows gives testament that operators of older aircraft are willing to invest in their jets beyond the upcoming ADS-B mandates, and upgrade their connectivity solutions.

When planning for the right connectivity solution, however, it is vital to consider a strong backbone from which future upgrades and new enhancements can be made with minimal disruption to operations.

A few years ago, I was involved in the acquisition of a large cabin aircraft and garnered some valuable lessons with respect to this issue. The aircraft was factory-new and came equipped with SwiftBroadband internet capability. Since it was to be based and operated in the US, however, the owner wanted an Air-to-Ground system installed. This seemingly simple request led to a few surprises along the way.

It was a surprise to learn that internet installations require specific STCs for different aircraft types. In the case of this airplane, an STC already existed for an older model. Our intention was to obtain a variation of that STC. True to aviation, though, nothing is quite so simple…

The newer aircraft model had additional belly tanks that encroached upon the area approved for the placement of the internet diversity antennas. (Technically-speaking, antennas conduct radio frequency and therefore require distance and shielding from fire hazards such as fuel tanks.) This difference required updated engineering work and an eventual field approval from the FAA.

Lesson #1:Be aware, making sure that the installation and STC that you are choosing will comply with your aircraft type and model before you commit to buying a specific connectivity package.

Older aircraft that may have had previous avionics, cabin upgrades and configurations may require further evaluation to ensure there will be no ‘show-stoppers’ during the installation and approval process. Also, be aware that some STCs that are approved under one registry may be unacceptable under another.

The next surprise was to learn that nearly the entire interior of the airplane would have to come out for the provisioning of the wires that would connect the system. One required wire bundle would run 72 feet from the avionics bay to the cockpit simply to provide the On/Off switch for the WiFi system that needed to be located there as part of the STC approval. To install the same switch a few inches away in a different location would void the STC approval.

We allowed extra time to discuss the process and whether there were other ways to run the wiring. The outcome was that we managed to remove less interior than originally intended.

Lesson #2:Since the interior will be removed and an internet installation normally takes three-weeks, consider future upgrades. Run additional conduits, wire bundles and coaxial cables that you can keep in reserve for future upgrades. This will save time and money in the future, and will make your aircraft more attractive to prospective buyers if you choose to sell.

Finally, with such intrusive work taking place on your aircraft, you will need someone from your team present full-time to monitor the project.

Installations that include top tail access, such as SwiftBroadband, Direct TV, Ku- and Ka-band, come with further concerns.

First, be sure that there is enough space in the top dome to fit the hardware that you’re planning to install and that your dome is electronically compatible to allow radio frequency signal flow. The dome must have the proper electrical characteristics that do not degrade the signals coming and going from the antenna mounted inside.

Second, the tail dome structure and interior space should allow for the physical installation of the new antenna hardware.

Furthermore, allow for the fact that you may already have one factory-installed Swift Broadband or even a Satcom phone system in that location.

Likewise, some older installations may include both Ku- and Ka-band equipment, and ample space must exist for both antennas to co-exist. If it doesn’t, it is possible that you will have to give up an older system for the new one due to lack of space.

Tip: Never assume that the installer will have considered these challenges prior to the install date. You should establish these facts for yourself.

All new cabin connectivity installations are expensive and will take your aircraft out of operation for a period of time. The investment, ranging between six and seven figure sums, are a clear reflection of the complexity of this upgrade.

Take time to consider the system and its flexibility for future potential upgrades. Most importantly, obtain references and get to know your installer and their technicians very well before having the upgrade done. In-depth planning will save money and avoid frustration as well as provide you with more reliable, faster megabytes for your dollars.