What has been changing in the business aircraft cabin connectivity sector recently, and how might developments lead to even more advancements in the future? Chris Kjelgaard asks Dori Henderson (Collins Aerospace) and James Person (Viasat)… 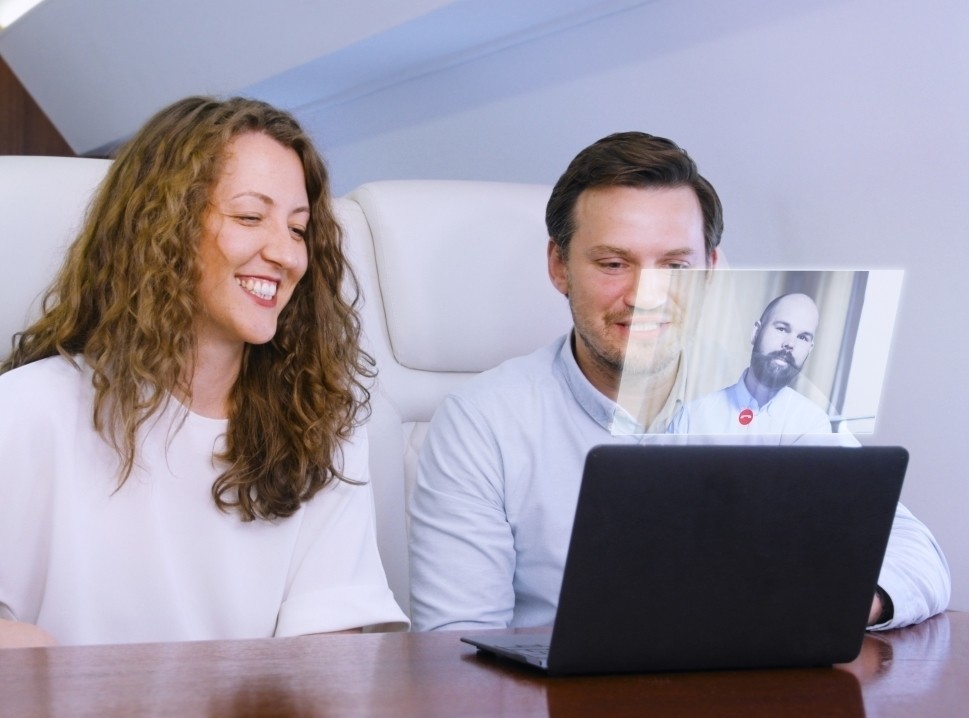 Cabin connectivity in the Business Aviation sector has evolved rapidly in recent years. Have we reached the limits of what can be achieved,, or are the leading players in the industry still aiming higher?

For all aircraft operators, the COVID-19 pandemic will change the landscape in various ways throughout the next few years. This applies just as much to the business aircraft cabin connectivity market.

“I think it's too late to ignore the effects of COVID-19 on our industry,” says Dori Henderson, executive director, Business & Government Aviation, Collins Aerospace. “It's here and it's not letting go any time soon.

“We had been planning for some new Low Earth Orbit (LEO) entries into the satellite connectivity market. Although it's hard to predict any success they may have had, it's certain they would have shaken-up the existing market and provided a competitive environment.”

Though the pandemic will have other implications for Business Aviation, the gradual recovery need not represent entirely bad news for the cabin connectivity market, for two reasons.

[As the first round of the COVID-19 pandemic gradually recedes globally] “We’re hearing from charter and corporate operators that they see a wider use of business jets for [executives’ and managers’] own protection, and for making those people more productive,” says Person.

That productivity will come from providing business aircraft passengers with in-flight connectivity speeds in the cabin that are comparable to those they’re accustomed to in the office and at home.

Second, adds Henderson, “Given the short-term effects that COVID-19 has had on the aviation and maritime satellite connectivity industry, I will speculate that network service providers will attempt to re-provision currently underutilized bandwidth for markets that could provide the largest returns soonest.

“Cruise liners and Commercial Aviation will take longer for their usage levels to return compared to Business Aviation, and that opens the possibility of faster plans and incentives for business aircraft operators.” 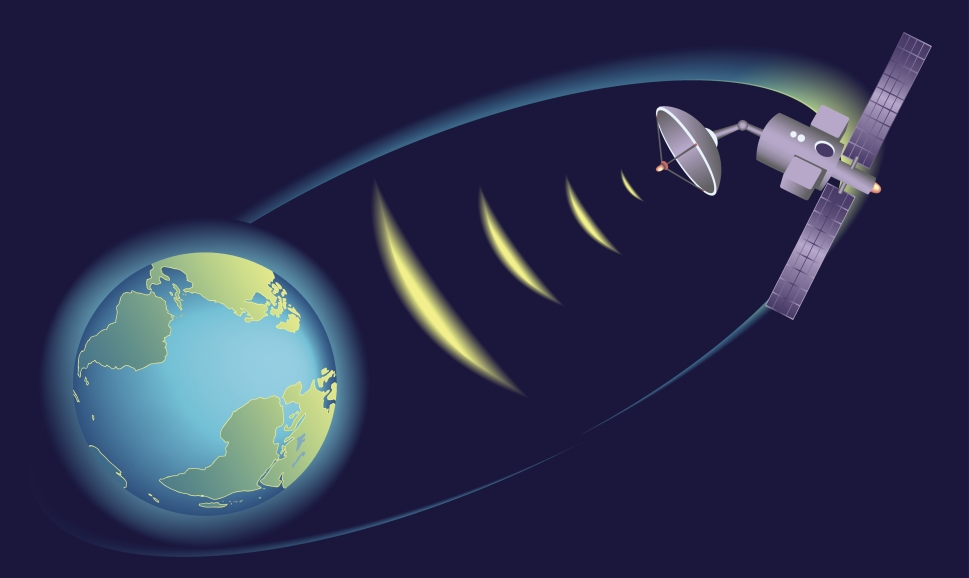 With that said, “re-provisioning of bandwidth is not necessary to secure high-speed connectivity” in today’s business aircraft cabins, Henderson adds. Some cabin-connectivity service providers, Viasat and Collins among them, already offer excellent bandwidth and very high bit rates to operators.

Collins does so with its LuxStream service, which uses transponders on 15 Ku-Band satellites orbited by SES in the past few years to provide business aircraft cabins with bit rates of 15Mb/second per passenger, globally, and as high as 25Mb over the US.

Its 10Mb/second Ku-Band coverage is available globally by means of Viasat’s ‘Ku Advanced’ service, while the 16Mb-per-second Ka-Band service is available over North and Central America, Europe and the Middle East. For Large-Cabin business jets, Viasat can combine its Ku-Band and Ka-Band offerings.

“Customers will experience more attractive service pricing as they no longer pay for speed.” For example, Person says when previous generation cabin-connectivity services were priced by the megabit, and per-person bandwidth was only about 400Kb/second, the per-Mb rate was about $5.

Now ViaSat prices its Ku Advanced service at a monthly flat rate, (i.e. a monthly 30Gb capacity for under $7,000), which is equivalent to a per-Mb rate of about 23 cents.

Ku Advanced flat-rate monthly pricing starts at just under $5,000, says Person. Combined with a per-aircraft, flyaway hardware installation cost starting at less than $350,000 (down from $500,000 just two years ago), its flat-rate pricing makes Viasat’s Ku Advanced attractive for operators of business jets which have lower hull values or are now out of production, according to Person.

Person notes that with many business aircraft not flying as much as they were before the pandemic, some corporate and charter operators using Viasat’s Ku Advanced service have switched from monthly flat-rate plans to the alternative per-flight-hour pricing Viasat also offers. 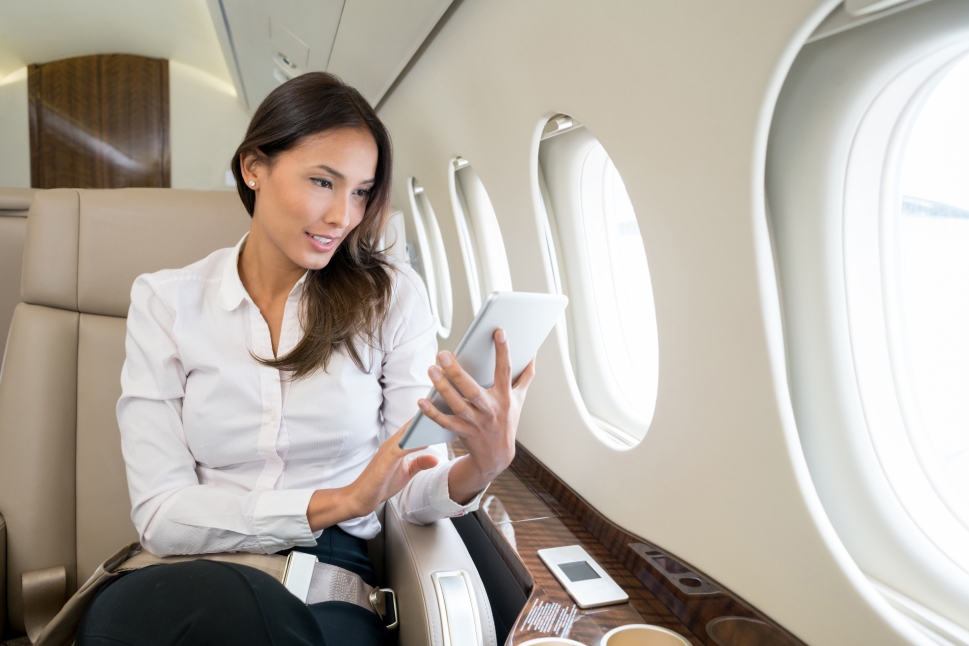 What’s Coming Next for Cabin Connectivity?

By the end of 2022 Viasat aims to orbit three new ViaSat 3 Ka-Band satellites. Each satellite will offer 1 terabit (1,000Gb) of overall bandwidth enabling the company to increase the per-person in-cabin bandwidth of its Ka-Band service for business aircraft to 32Mb/second, according to Person.

Existing ViaSat BizAv Ka-Band service users will automatically benefit. “People are future-proofed,” Person says—and for new customers, the flyaway hardware-installation cost will remain the same as it is now – $500,000 without the optional cabin router, $600,000 with router included.

It’s expected that such a marked increase in bandwidth will lead service providers and equipment OEMs to create new applications to take advantage.

“On the cabin entertainment side, I can envisage holographic representation of 3D images,” for both video-conference meetings and for entertainment, predicts Person. “Higher-and-higher- definition [2D] video, from HD going to 4K,” would also result.

“We can also use this connectivity to help out on the operational side and to prevent AOG events,” Person adds. “Today, data from the engines and the aircraft is not transmitted off the aircraft in real time,” (the result of the very limited bandwidth previous-generation cabin connectivity services offer).

However, with very fast Ka-Band service, “if you need to transmit a few hundred kilobytes of data [on engine and aircraft condition] anomalies, you could do it.” This would give the operator’s maintenance staff instant notice of potential technical issues affecting the aircraft and allow them to plan accordingly, preventing or mitigating AOG events.

Collins Aerospace also thinks new applications will be developed to take advantage of the cabin’s increased connectivity capabilities. “We believe that delivering a customized experience for passengers, pilots, directors of maintenance or other stakeholders is the future,” Henderson concludes.

“Whether you are a director of maintenance managing the cabin connectivity status, or a charter operator looking to optimize your fleet’s connectivity cost, having access to real-time insights at your fingertips is essential.” 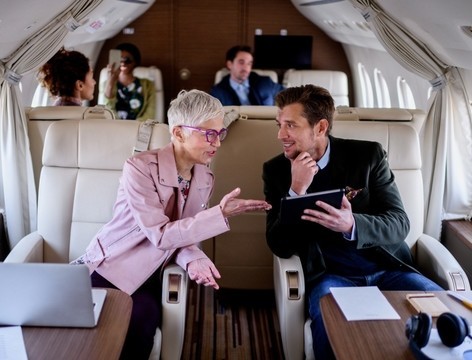 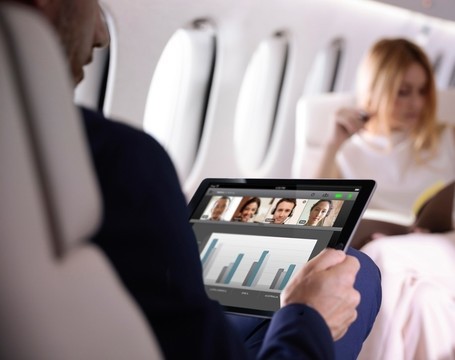 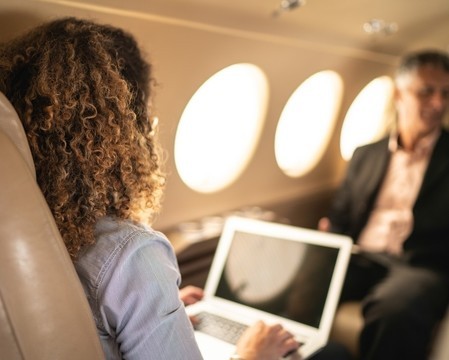 How to Plan for a Trouble-Free Cabin Wi-Fi Upgra... 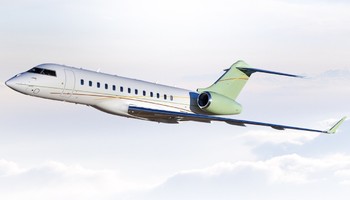