What is the Overhaul part of MRO for Business Aircraft?

Every aircraft, regardless of the mission or use, periodically faces Maintenance, Repair and Overhaul (MRO). It’s a common enough industry term not to warrant much thought – but what exactly does each element cover? Dave Higdon explores business aircraft ‘Overhaul’.

All this takes time – and often requires the aircraft to be taken out of service for the duration of the process, which could take several weeks to complete.

There are some solutions available to keep operators flying during this time, however. One example available to operators enrolled on an hourly maintenance program is the provision of loaner engines that can be attached to the airframe in place of the usual powerplants that have been removed for overhaul.
Renting an exchange engine is an alternative option for those not enrolled in a maintenance-service program. Depending on the operator's location and situation, an engine or powerplant may need to be shipped to the overhauling facility, adding time and expense to the process.
Another way operators can hedge the time involved in an overhaul is to couple an overhaul job with other work on the aircraft. For example, when the airplane is in the hangar for a phase check, such as a C-Check or D-Check, an avionics upgrade or interior work could also be undertaken. 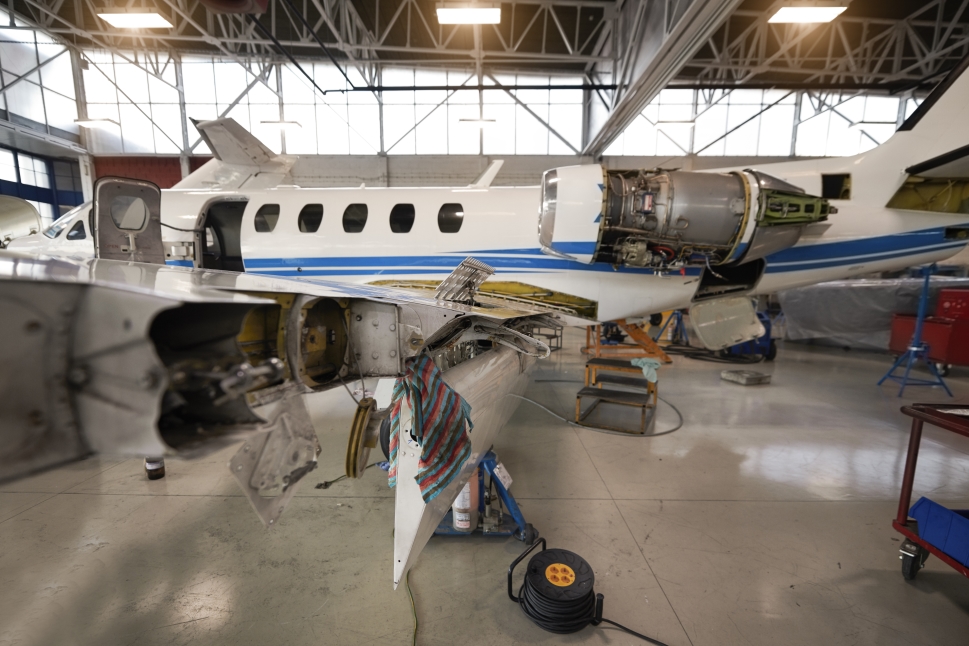 Who can Perform Aircraft Overhaul Work?
While, technically, any A&P technician can undertake an overhaul, given the complexity and sophistication of modern turbine engines, it’s wise to consider using a specialized service center.
These can provide faster service, specialized expertise and possess the tools and testing equipment required – not to mention the service warranties. As one engine OEM’s overhaul expert said, "you wouldn't want your heart-bypass surgery done by a general practitioner – you'd want a specialist".
If you think of your aircraft’s powerplants in the same context as your heart, you'll understand the value of turning to a specialist for an engine or propeller overhaul.
What Does an Aircraft Overhaul Cost?
Between an HSI and TBO, operators can expect to spend more than $1m a full overhaul. While overhauls are not cheap, they cost less than the problems an operator is exposed to if they don’t comply with a necessary overhaul.
In the case of an engine overhaul, the process requires removing the powerplant from the aircraft, transporting it to the overhaul shop, the work itself, any new or reconditioned parts required, reassembly and re-installation on the aircraft, testing and completing the paperwork.
And remember, none of these processes is complete without the appropriate paperwork completed, logged and filed for inspection. When it comes to aircraft overhaul, plan accordingly!

What is the Repair part of MRO for Business Airc...
What to Know About Aircraft Maintenance