Extended Downtime? How to Maintain Your Jet

With the COVID-19 impact on the economy, many flight departments are enduring some extended downtime. How should they be responding to the maintenance needs of their business aircraft, though? JSSI’s George Kleros discusses some key areas… 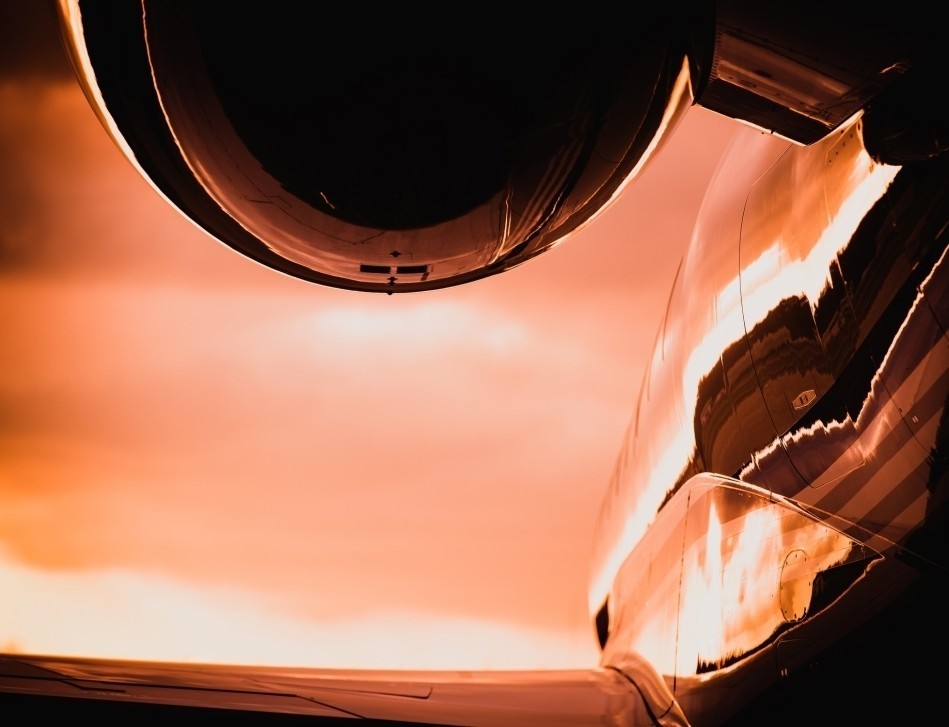 If you are one of the flight departments anticipating some extended downtime, following are some areas to give attention to regarding the day-to-day maintenance needs of your aircraft...

As we begin to consider what the new normal entails on the other side of the coronavirus crisis, it’s clear this will not be an instantaneous recovery for Business Aviation. However, it’s unlikely we will see a return to what we experienced in 2009, one of the most difficult years our industry has ever faced.

In recent weeks JSSI has been performing claims oversite for insurance underwriters in addition to appraisals, lease returns and aircraft default recoveries for financial institutions.

Based on the cases we have seen so far, it is apparent that many similar issues that occurred in 2009 have resurfaced.

For example, although they may not intend to immediately sell their aircraft, many owners have no plans to fly for the foreseeable future, and the overarching behavior at this time is to severely reduce expenses wherever possible.

There are several important factors to consider when making the decision to cut operating costs and pause aircraft utilization. Here are five areas you should consider as part of financially responsible decision-making during a period of extended downtime.

When an aircraft sits unused, you have two choices:

In the short-term, exercising the aircraft is going to represent better value for money. Proper preservation of the engines, avionics, APU and airframe requires an extensive, labor-intensive process that involves special equipment to perform correctly.

Furthermore, several preservation steps will need to reoccur periodically throughout the downtime for certain items.

At some point, there will be a need to fly the aircraft again, or there may be an opportunity to sell the asset which will require a quick turn to return to airworthiness.

The process to take an aircraft out of preservation is equally extensive and requires additional labor hours because of all the operational checks involved. The complex process makes sense if you plan to store the aircraft for more than six months, but it is not cost-effective for anything less than that.

In addition, taking steps to exercise the aircraft will help ensure all systems are working correctly and any issues can be addressed as and when they are discovered, not at the last minute.

When an aircraft is parked, it is obviously not accumulating hours or landings. This means hourly or landing-driven inspections are no longer accomplished because they are not due.

Despite this, it is still highly recommended to keep up with all scheduled calendar inspection events. These are in place for several important reasons, including to control corrosion and keep parts lubricated to prevent future damage.

The inspection of particular areas of the aircraft at specific intervals is pre-determined by OEM engineers and is based on their findings that a potential issue is most likely to surface within that period. Timely corrective action will allow for the issue to be resolved as efficiently as possible.

It should also be noted that performing inspections too early might mean missing an underlying problem that is not yet serious enough to be detected and treated.

Waiting until the next time the inspection is required may then put you past the critical point, ultimately requiring extensive repairs and special engineering that may contribute to a loss in aircraft value.

On the other hand, choosing to push the inspection out beyond the scheduled time could lead to the same scenario and extensive damage being incurred from not addressing the problem sooner. This is especially true for aircraft that spend most days outside on the ramp.

It is therefore highly important to follow the Chapter 5 calendar schedule and always remain within the designed inspection schedule for your specific aircraft. 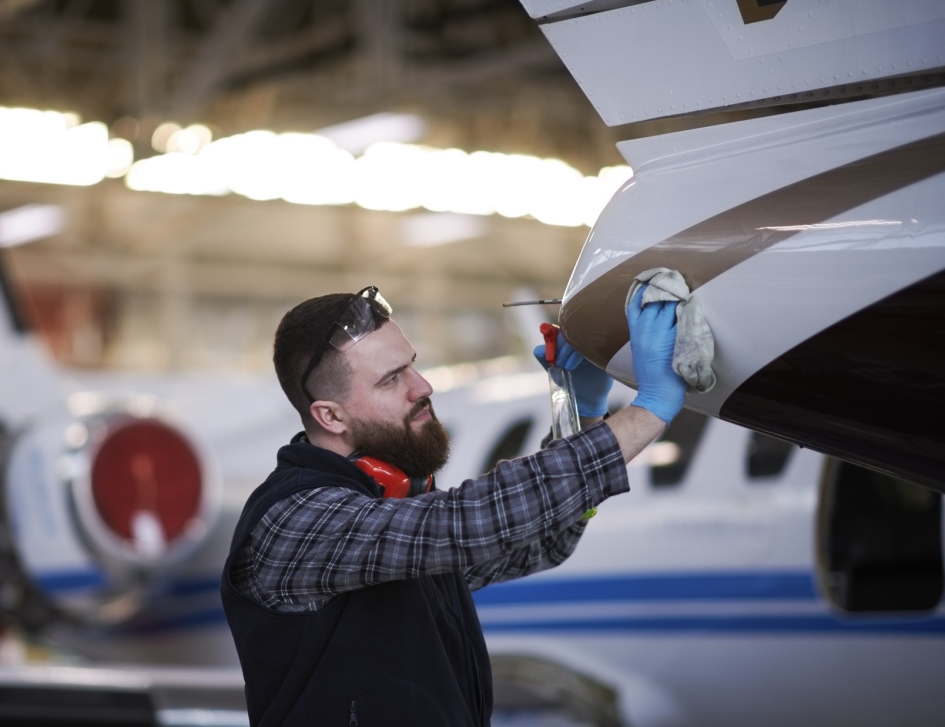 When an aircraft is not operating, the monthly cost to employ people or keep a management contract active may not seem financially necessary. Instinct will be to stop the hemorrhaging cash flow.

Although this scenario depends on whether it is a private flight department or if the aircraft is operated under a management agreement, this reactive cost-cutting approach is not recommended.

When flight departments or management operations shut down, the aircraft still requires ongoing management and maintenance. You cannot simply shut it down like a summer cabin or the sports car that gets stored away until you want to use it again. It is a full-time job to preserve this complex asset.

Another recommendation is to contract at least one trustworthy and competent person who will be responsible for the management of all records and the asset itself. A missing logbook, or other important records being lost (such as fire blocking certificates) represent an instant loss of value, and may well become an airworthiness issue.

What About Your Subscriptions & Hourly Cost Maintenance Program?

Maintenance programs and subscription products and services are often treated like jet fuel; that is, if the aircraft is not flying owners question why they should still be paying.

However, all engine, airframe and avionics programs must remain current. Reporting flight hours and paying the invoice monthly minimums to keep the account active is absolutely essential should a discrepancy be discovered that needs correction.

If the account is terminated for lack of payment, it may not be possible to ‘flip a switch’ and return everything back to normal. Should the contract is terminated, or considered inactive, inspections may be required in addition to proof of asset preservation for coverage to be reinstated.

Additional significant costs may also be incurred for the unpaid flight hours. If the intent is to sell the aircraft, it cannot be advertised as being on a maintenance program if the account is suspended or cancelled.

If a program is not kept current, it will decrease the asking price of the aircraft and negatively impact the appraised value.

It is therefore better in the long run to maintain the account than try to reinstate and catch up at a later date.

Subscription products that track maintenance are critical as a quick and accurate reference to understand the maintenance status of the aircraft. Keeping these services current is part of the full-time job of managing an asset and is also highly important if you decide to sell the aircraft, or would like to quickly resume flying again.

Nothing detracts more from the potential sale of an aircraft than an unknown element. If all inspections are current and tracked, it instills confidence that the aircraft has been maintained according to industry standards.

In the current environment you may be motivated to pause or drastically reduce insurance coverage on an aircraft. This is not recommended without further research. Aircraft are frequently exposed to all kinds of risks, including natural disasters that range from earthquakes, hurricanes and tornados, to spring or summer hailstorms that cause equally significant damage.

Aircraft are frequently damaged simply by sitting in a hangar or on the ramp. Therefore, keeping full insurance active on the aircraft is a prudent step to take.

Lowering or changing coverage could also be problematic and may present further financial risks from being under- or over-insured.

George Kleros, Sr. Vice President, Strategic Event Management & Fleet Support, JSSI, has over 30 years of experience in Aviation Maintenance, Management, Field Support Services and appraisals for business jets. He holds an FAA rating for Powerplant and Airframe, with additional privileges as a holder of an Inspectors Authorization (IA). He currently serves on the maintenance airworthiness committee for GAMA. 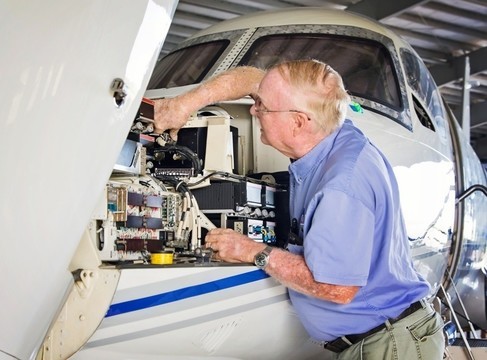 How to Understand Typical Maintenance Regimes 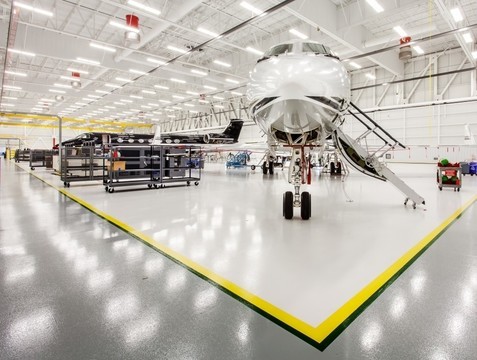 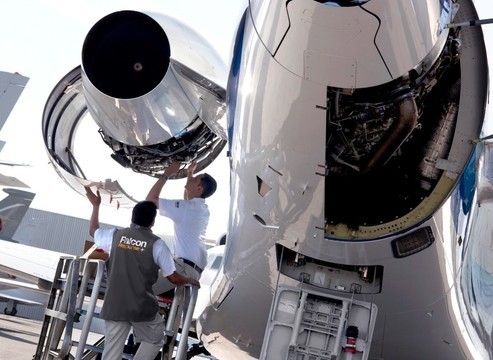 Jet Maintenance Programs: Are They Value for Mon...

George Kleros, Sr. Vice President, Strategic Event Management & Fleet Support, JSSI, has over 30 years of experience in Aviation Maintenance, Management, Field Support Services and appraisals for business jets. He holds an FAA rating for Powerplant and Airframe, with additional privileges as a holder of an Inspectors Authorization (IA). He currently serves on the maintenance airworthiness committee for GAMA.