Nearing 40 years since its initial certification- the Citation/Citation I and Citation I/SP remain the standard by which most entry-level jets are measured. The original Citation broke ground in many areas- among them its use of new-design Pratt & Whitney turbofan engines and a straight wing (as opposed to GE turbojet powerplants and a swept wing). 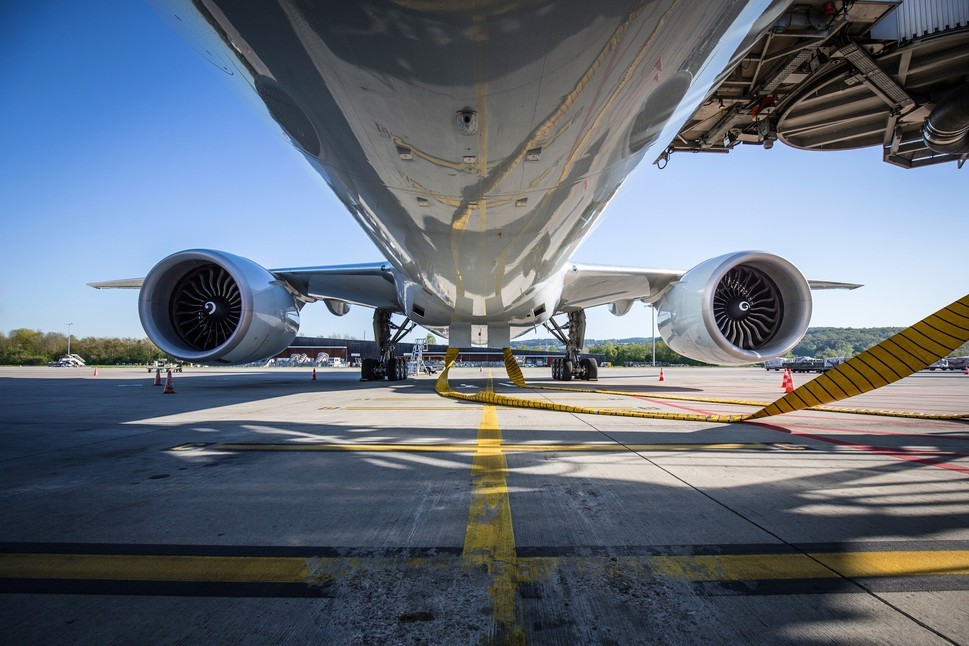 Nearing 40 years since its initial certification- the Citation/Citation I and Citation I/SP remain the standard by which most entry-level jets are measured. The original Citation broke ground in many areas- among them its use of new-design Pratt & Whitney turbofan engines and a straight wing (as opposed to GE turbojet powerplants and a swept wing).

This new 'NearJet'- as detractors liked to call it- attracted more than a few pilots to fly a jet instead of a propjet. Targeted at pilots flying cabin-class piston twins- the original Citation aircraft emphasized pilot-friendly handling and short-field performance over speed.

Cessna certainly succeeded - its first Citation iterations numbered nearly 700 units before the run ended in 1985. But that entry-level niche in the company product line remained vacant for only a couple of years before Cessna announced the launch of a replacement.

It was another dramatic engine advance that spurred the revival of the entry-level jet in Cessna’s by-then substantial product line. The straight-wing- Williams FJ44-powered 525-series CitationJet and its spawn also helped spur a revival in the utility of the original Citation- Citation I and I/SP.

Today- the Citations of years past remain in demand for all the same reasons pilots embraced the option before: pilot-friendly flying- greater airport flexibility and the economy of ownership. In fact- that economy of ownership of Citations- Citation I and I/SPs stacks up well against current production CJ1 and CJ2 airplanes when the elder airplanes get a youth transplant. Williams engines deliver similarly improved benefits to models of the 550- series Citation II airframes- the best-seller in Cessna’s large inventory of Citation models.

Yet the engines are just the start. With options to upgrade from cockpit to powerplants and everything in between- Citation owners and would-be Citation owners can- with due attention to life-limited systems- put themselves in the same airspace and fuel efficiency as the newer jets – sometimes even faster and with fewer runway constraints.

If conducted wisely- the savvy operator can land in the cabin of such performance and utility at a cost far enough below new to warrant shopping for a used airplane and upgrading.

THE POWER OF POWERFUL ADVANCES
Selecting a new turbofan-design engine from Pratt & Whitney Canada was the stand-out revolutionary choice Cessna made in 1968 at the launch of the first Citation. The JT15D-1 turbofan virtually sipped fuel compared to its turbojet kin; its operation was relatively simpler; and its size and noise footprints both lent to an aircraft aimed more at the owner/pilot.

What the JT15D did well it continues to do well: advances in technology raised the bar beyond where the old engine could go. For the owners of hundreds of Citation 500/501 and 550/S550 airframes still flying on this now well-regarded- highly reliable engine- the only way to improving their overall capabilities was to replace them.

The adoption by Cessna of an all-new engine to power its all-new revival of an entry-level jet set the stage for changing that equation for the older aircraft- as well. The engine that displaced the Pratt powerplants came from a new engine maker - Michigan-based Williams International - best-known at the time for its small- light- simple and fuel-frugal engines for Boeing cruise missiles.

Interestingly- that engine choice spurred wise cracks about the launch customer on a par with the derisive remarks made about the original Citation. “Cruise missile engines need work only once-” the line went; “can you buy a CitationJet that flies twice”?

Two decades of success later- and the mention of Williams FJ- or EJ-series engines draws no laughter; in fact- many in aviation know little to nothing about Williams’ military roots.

Once Williams opened up sales to non- OEM users- a number of modifiers embraced the belief that what works so well for the 525-series CJs could work equally well on other older airplanes- among them those earlier straight-wing Citations- the 500 and 550 airframes.

So came the rebirth of the original Citations- Citation I and I/SP- and their big sisters- the 550 and S550- a Phoenix-like resurrection that also sharpened interest in updating the rest of the airplane. Today- programs are available to rework the early Citations into the 21st Century all the way to the flight deck.

And if a radome to tail-cone rework exceeds your needs or resources- numerous single-area options exist to make that 1970s or 1980s Citation work like a modern-day aircraft.

MORE POWER MORE WAYS
Throughout aviation’s relatively short history every leap in airframe technology came through the powerful potential of a new engine- something that re-wrote the rulebooks or added a previously unavailable option. Both the original Citation and the replacement CJ line aptly illustrate that relationship.

The Williams FJ44 delivered more power on less fuel- using fewer moving parts assembled in a dramatically smaller- lighter package than anything previously produced in its power-range… a near-reflection of the laurels lauded on the Pratt engines 25 years earlier.

For the Williams powerplants- the beneficiaries have been several older airplanes – most of them early Citations. Given the already strong similarities between the 500- and 525-series Citations- it should be no surprise that modifiers set their sights on applying the power of the new CJs to the oldest Citation and its successor.

At least two programs have made it through the process of obtaining Supplemental Type Certificates to upgrade older Citations to new Williams power. Owners may also choose to combine installation of an engine STC with other worthwhile upgrades: refurbished or redesigned interiors- fresh paint and modernized digital panels among them. They all have their place- and can all contribute to a higher-performing aircraft that also contributes to the asset sheets with a higher here-and-now value.

PLANNING AHEAD
Before we start to break down a few of the options available for older Citation models- consider a few time-sensitive elements.

• Upgrading now offers unusually generous tax incentives that could allow depreciation of the entire costs against taxes for 2011. In 2012- incentives remain- offering a smaller one-year impact that- nonetheless- preserves the full value of the depreciation.

• Some upgrade work could be eligible for 100 percent expense deduction in 2011- or if contracted for and paid for by year’s end; the incentive drops in 2012 – but could be renewed.

• If your options are financially constrained- you could approach upgrading solely on the basis of how much the budget can support; advisors and consultants suggest first considering what would be most beneficial to your operations. Weigh your needs as carefully as you weigh your budget.

• Consider timing any upgrade work with pending mandatory work- whether a long-term inspection- engine hot section or any other heavy airframe work.

• Plan well ahead; many of the available options require considerable lead-time to order- receive- fabricate- remove and replace- or repaint. Even if you end up scheduling further ahead than you like- you may be able to help the vendor order far enough ahead to avoid subsequent price increases.

The change is dramatic for both models: With the -3A powerplants the Citation II flies 18 percent faster at maximum cruise- travels 59 percent farther (long range cruise) on the same fuel- and climbs to its ceiling of FL430 more than five times faster – a mere 22 minutes- direct.

The changes brought to the SII by the FJ44-3A are equally dramatic: long-range cruise speed up by 17 percent- range extended by 55 percent (long range cruise)- and a direct-to-FL430 time of 25 minutes.

A jump to a 2-533-nautical-mile range (upgraded Citation SII) in an airplane previously capable of just 1-630-nautical miles- and the improved efficiency of higher-power engines that also make it faster is a very attractive trio of improvements.

Maintenance issues also decline with the new Williams engines on both aircraft- thanks in part to their lower pressures and parts counts- and in part to their dual-channel FADEC systems that make managing them as simple as any jet flying. Beyond the powerplants- Clifford Development also offers a cockpit makeover most pilots would envy. The company holds STCs to install the highly capable Rockwell Collins ProLine 21 IDS.

This package sports three large color displays; dual Attitude Heading Reference Systems (AHARS); turbulence-detecting radar- with upgraded comm. and nav capabilities and electronic engine monitoring of those new FJ44-3As. Clifford and its partner Stevens Aviation (www.stevensaviation.com) share in offering these upgrades for the Citation 550 and S550 series preceding the update to the Bravo model of the 550. And Stevens is also known for its expert airframe and interior work.

Ultimately- for about $2.5 million Clifford or Stevens can re-engine a 550-series Citation; add just short of a half-million with the ProLine 21 IDC package. You can also opt to refurbish (paint and/or interior) and bring a 550-series Citation as up-to-date as new (for well under $4 million).

SIERRA INDUSTRIES
A leader in the field of Citation upgrades- Texas-based Sierra Industries (www.sijet.com)- offers a wide array of improvements for early Citation airframes- both the 500 and 550 series airplanes. The company started with airframe modifications that added fuel and reduced drag- before moving into upgrading the 500-series Citation engines. In both cases Sierra gained the STCs through acquisitions.

With a little coordination- a program evolved that put the FJ44 into the 500- model Citations – and- later- the 550s too. Between the two Citations- Sierra boasts four different engine-upgrade programs- with varying combinations of airframe enhancements- or without.

The FJ44 Stallion- FJ44 Eagle II- Super II and Super S-II all bring their own level of improvement above the original engines on the airframes.

CITATION SERVICE CENTER
Cessna’s own Citation Service Center network (www.citationservice.com) serves as a one-stop shop for renewing the interior and exterior of any Citation. Cessna’s staff start with the advantage of working from original specifications – but with the benefit of four decades of accumulated knowledge about all variations of Citations.

The company can work with owners on anything from a soft-goods renewal to a full refurbishment- with new fabrics- wood inserts- carpeting and lighting. The company can also help owners realize new capabilities in the cabin and flight deck.

The company promotes its Right Now Interiors as one time-saving- cost-effective program for renewing the interior of its best-selling jets.

FLYING A NEWER CESSNA?
Major airframe-repair- refurbishment and upgrade shops around the world are hungry for the kind of work you may be considering in place of replacing the current Citation that you are flying.

Interior and paint work are the most-commonly available- but given the plethora of replacement panel systems available and the STC opportunities- you may even find an option you weren’t aware of – or a shop looking to add an STC with the help of a cooperative owner’s airplane.

Systems from Garmin along with Innovative Solutions & Support are among the flight-deck options beyond the Rockwell Collins system. Yet it’s worth keeping an eye on developments for the Citation family. More options seem to arrive year-in- year-out.