What are the differences between OEM and PMA aircraft parts? 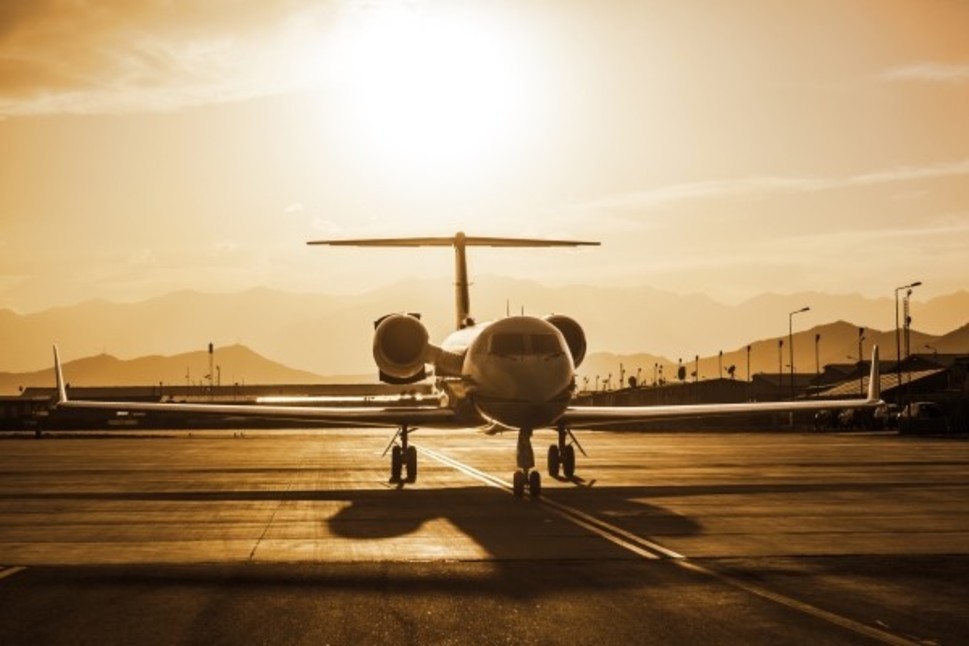 When your jet comes due for maintenance and the problem comes down to a part needing replacement, options exist for the aircraft owner, notes Dave Higdon. But which is the right option to take: OEM or PMA?

We don't hear much anymore about Original Equipment Manufacturers (OEM) creating doubts over the safety of aircraft parts produced by other companies under an FAA-issued Parts Manufacturing Approval (PMA). There was a time when OEMs regularly talked down PMA parts produced in competition with their own products with statements focused mainly on safety claims and violations of OEM warranties.

At the request of the OEMs, in 2008 the FAA and EASA undertook a lengthy and detailed investigation into those claims and, in turn, issued SAIB NE-08-40. The investigation uncovered no evidence pointing to PMA parts being unsafe, and out of the same investigation the agencies concluded that there were no problems with their processes for approving PMA parts.

Nonetheless, owners and operators remain ultimately responsible for the airworthiness of their aircraft, regardless of the source of parts or the employment of the technicians performing maintenance on their business aircraft.

It’s understandable that some operators – particularly those who are relatively new to Business Aviation – might harbor concerns and outright confusion about the safety and legality of PMA-approved parts, and parts from the OEM (be it airframe, avionics, engines, propellers or environmental systems).

Aviation generally is a complex regulatory world. The number of acronyms alone is enough to make eyes glaze over. The following paragraphs address some fundamentals about maintenance parts, whether produced by the OEM or under PMA. 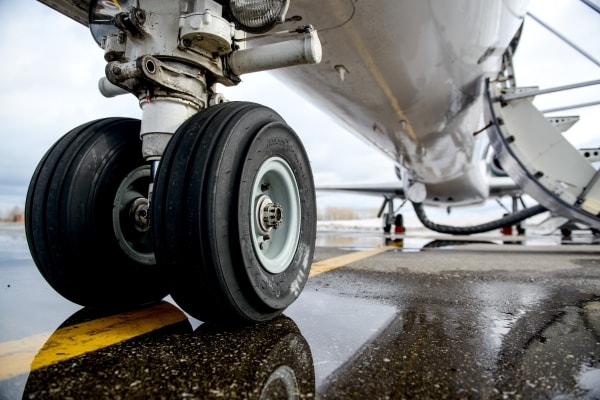 OEM or PMA: What’s the Difference?

Per FAA regulations an ‘Approved Part’ must conform to FAA-approved production standards (FAR 21.305), or be a part repaired under the terms of Part 43. Those standards cover both OEM Type Certified (TC’d) and PMA’d parts.

OEM: The holder of a Type Certificate for an aircraft is the OEM. Only the TC-holder can produce parts under the TC, and those parts must be shown, labeled and documented to meet the standards of the original approval. In holding the TC, the OEM has already shown that the part(s) in question work safely in the larger product for which they're designed.

That's where OEM parts come from, and the approval process under which they exist.

PMA: Parts made under Parts Manufacturing Approval can be made by any person or company choosing to undertake the process of designing, making and documenting the part's equivalence – or more – with the OEM part it duplicates. There is a significant process for any person or business pursuing PMA approval for aircraft hardware.

First, they must submit for review to the FAA the design of the part to assure that it is safe and meets the requirements of the FAA regulations. It can be better than the original – but must be no less than equal in its function.

The FAA’s design approval certifies that a replacement part or part modification complies with the airworthiness standards of the aircraft, engine, rotor blade, propeller, etc. The PMA also bars a part or modification from infringing on an OEM’s patent.

Second, the prospective PMA supplier must pass an FAA review of the quality assurance system used in production of the part or component, both to determine that the QA system exists and to verify that each part manufactured adheres to the FAA’s design approval. 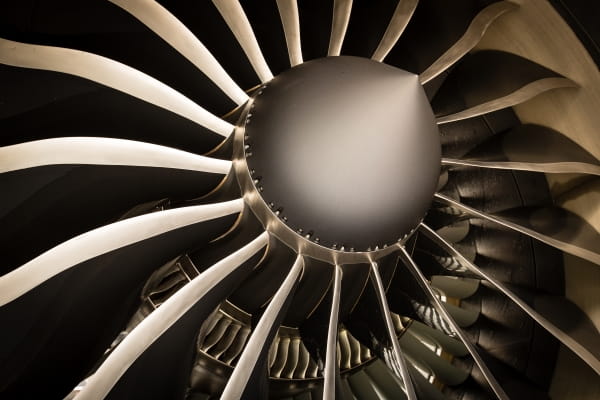 • The owner of an aircraft can make parts for installation on that owner's aircraft or appliance without a PMA or TC. The parts, as installed, must meet the requirements of FAR Part 43, however.

• A commercial carrier (operating under Part 121 or Part 135) may make parts for use in its own aircraft without a PMA. The use and installation of those parts must be approved in accordance with CFR Part 43 and comply with the operator’s accepted maintenance procedures manual and instructions.

• A maintenance shop with a repair-station license may produce parts without a PMA for use in TC'd aircraft in that shop for repair or maintenance. Guidance on meeting the agency's requirements can be found in FAA Advisory Circular 43-18, Fabrication of Aircraft Parts by Maintenance Personnel. If consulting AC43-18, be sure to get the latest version from www.faa.gov, since the agency has issued definition changes and updates since its initial publication a decade ago.

For some parts, the materials and skills necessary to use one of these three exemptions tend to be commonplace (sheet metal parts, in particular).

For other parts, few shops possess the combination of the machinery, engineering knowledge and skill necessary to make a part under any of the three above exemptions.

That's when dedicated PMA manufacturers most often offer alternatives to OEM suppliers, and sometimes the PMA part employs technologies that both meet the required standards and raise the game of that particular part beyond the part offered by the OEM - at which point the decision becomes less about cost and more about the long-term advantages of a PMA replacement. 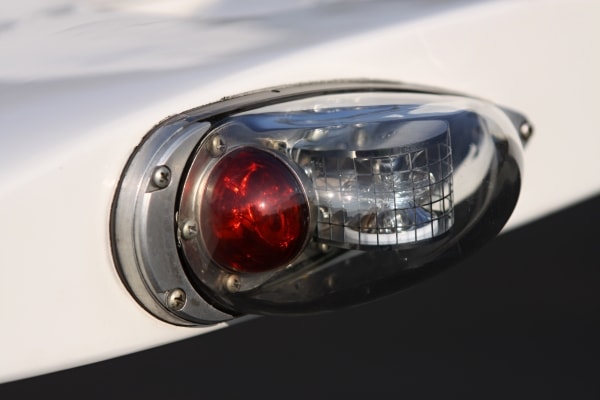 Several decades ago, Dr. Giri Agrawal, founder of R&D Dynamics worked for two mainstream aerospace suppliers. As Chief Project Engineer for one, he received the highest technical award from the supplier’s corporate parent company for his work developing the supplier’s foil bearing designs. These are used in a wide variety of air cycle machines today.

R&D also supplies foil air/gas bearings to other industries, and performs maintenance under the name of Hartford Aero Maintenance, specializing in replacement and repair of components like those it produces for the aviation industry. Today R&D Dynamics is one of two main suppliers of the driving hardware in air-cycle machines used to pressurize large aircraft.

R&D's parts go into OEM air-cycle machines as PMA parts replacements in air-cycle machines flying on thousands of aircraft, many of them business jets. With its components used widely in aircraft environmental control systems, the parts are exposed to some of the most-extreme conditions in aviation, with the need to compress and cool air for pressurizing aircraft flying at high flight levels. Air that heats under compression must then be cooled to a temperature compatible with the occupants in the aircraft cabin.

The assurance that a PMA producer meets the requisite standards for a part or system exists in the documentation submitted in the PMA application and in the Parts Manufacturing Approval the FAA issues when the applicant satisfies the requirements of the part or system.

With the same rigorous standards and approvals process in place for both OEM and PMA parts, the operator’s decision when maintenance comes due goes beyond mere cost or convenience. Don’t expect all PMA parts to be less expensive than their equivalent OEM parts; especially when the PMA part offers a longer life as an alternative to a lower cost.

Either way, with an OEM part or a PMA alternative, safety remains the priority - for the producers, for the people at FAA charged with reviewing and approving the PMA application, and for the end-user operating the jet with the replacement part.