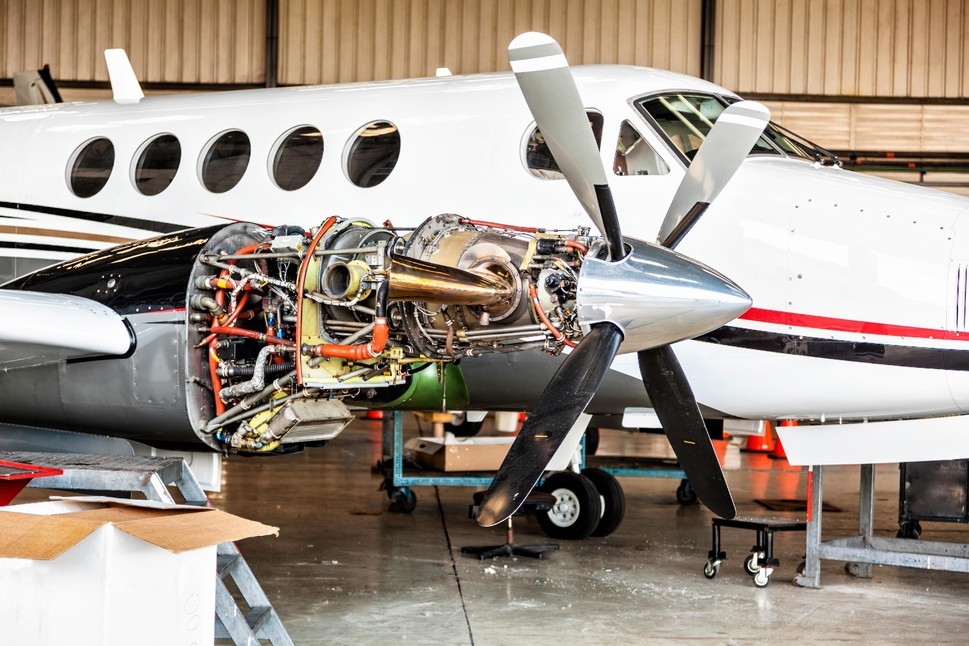 When it comes to operating an aircraft during today’s economic times, financial surprises are certainly something most aircraft managers try to avoid. That is likely why guaranteed maintenance programs for Business Aviation aircraft have increased in popularity.

HOW DOES IT WORK?

Louis C. Seno, Chairman and CEO of Jet Support Services, Inc. (JSSI), explains that engine maintenance costs are generally inexpensive until they are due for “heavy” maintenance or require unscheduled maintenance. Heavy maintenance can include a hot section inspection (HSI)/major periodic inspection (MPI) or an overhaul/CZI. For a long-range business jet, an engine HSI can easily cost more than $250,000 for each engine while an engine overhaul can easily cost in excess of $500,000 for each engine.

In addition to the scheduled HSI or overhaul, opening an engine for inspection subjects all of the cycle-limited components within the engine, like turbine wheels and blades, to repair or replacement. It is not unheard of to have a final bill increase by two or three hundred percent due to unexpected repairs required for these components.

In addition to paying for the maintenance and inspection expenses, many guaranteed engine maintenance programs are comprehensive, covering things beyond those maintenance events. This can include consumables, recommended and required service bulletins, engine removals and replacements, loaner engine rentals and replacement of life-limited parts. According to Seno, JSSI even includes engine repairs not directly related to a Foreign Object Damage (FOD) claim through its insurance, as well as an option to cover expenses for supplemental lift that could be required while an aircraft is down due to engine repair or overhaul.

With a guaranteed maintenance program, the aircraft operator pays a set amount of money. This amount is on a per-hour basis and is determined by contract, depending on the make and model of the aircraft and the type of plan the operator chooses. This money may be put into a trust account so that as engine maintenance expenses occur, the money is drawn out to pay for the expenses. Since the money put into the account is accrued on a per-hour basis, it is much easier to budget for the future than with “pay-as-you-go” engine maintenance.

As engine maintenance programs became more popular, companies began looking at offering the same types of programs for other areas of the aircraft so that today operators can put APUs, airframes, avionics and passenger cabin equipment on guaranteed hourly cost maintenance programs.

THE EFFECT ON AIRCRAFT VALUE

Those working in the transaction side of Corporate Aviation agree that whether or not an aircraft is on a maintenance program has a direct effect on the value of the aircraft and even the length of time it remains on the market.

Nicholas Cerretani, president of Cerretani Aviation Group, LLC says an engine maintenance program almost always enhances the value of an aircraft in two ways. “First, an engine program has an objective value because it is essentially a pre-payment for scheduled maintenance and overhaul events in the future.

“Secondly, it has a subjective value in that it protects the owner from potentially large expenses related to an unscheduled failure of an engine or engine component.” Fletcher Aldredge, publisher of Vref, a well-known aircraft price guide, agrees that maintenance programs affect the resale value of an aircraft. “The engine program is huge,” he says. “It lets you operate like you have zero time on the engines.”

To quantify that value, you need to look at what the majority of an aircraft’s make and model fleet has by way of a maintenance plan. Most jets are priced with an engine program, Aldredge says. Typically, Vref and the Aircraft Blue Book valuations include the program in their selling price, subtracting from an aircraft’s value if the engines are not on a program. Most jet aircraft are on an engine program, but it varies by fleet with program participation rates of anywhere from 50-90%. Most aircraft - Aldredge continues - if they have an engine program will have an APU one too.

Doug Kvassay, an aircraft sales representative for Duncan Aviation agrees. “The engine program is the big one that affects the aircraft’s value. The value is usually equal to the amount paid in. For engines, as you are funding hours used, the value is the same as zero time.”

Kvassay adds that he has recently seen an up-tick in the number of aircraft on APU programs, likely because the expense of APU inspections has increased significantly in recent years and operators are seeing larger out-the-door costs on these units. Airframe and avionics maintenance programs are less popular, according to Cerretani. “They frequently do not have the ease of transferability as engine programs, so they are not a ‘must-have’ option for any particular fleet. Typically, these programs do not significantly affect the sales price of an aircraft.”

Nevertheless, these plans are gaining traction according to Aldredge, “but the jury is still out. If the aircraft has one it would be a benefit, it’s just harder to quantify.”

ADDING A PROGRAM AT TIME OF PURCHASE

If an aircraft is not on a maintenance program at the time of its sale, its new owner can look at enrolling it into a program, Kvassay says. The cost can be quite expensive, depending on the plan and its features, but it can be well worth it in the marketplace.

“We continue to see increasing interest from new aircraft buyers to enroll their engines, APU and even airframe at the time of purchase because they see the value,” Seno outlines. “Our programs complement an OEM warranty and our rates reflect the warranty status, so getting an aircraft enrolled early can be advantageous.

“On the pre-owned acquisition side, we make it easy for buyers to enroll without a large buy-in of cash with our Pro-Rata option. The Pro-Rata option will cover 100% of unscheduled maintenance from time of enrollment, and calculates the cost allocations for inspections and overhauls depending on hours fl
own before enrollment.”

Seno adds that most aircraft transactions involve a maintenance program in one way or another, including transferring the existing program with the sale of a pre-owned aircraft. “Because we are an independent program provider, we can also offer sellers the option to transfer their existing equity to a different aircraft make/model that they may be purchasing as a replacement.”

Kvassay adds that another maintenance plan of sorts that those in the market for an aircraft might hear about is a Parts Plan. These plans, like Cessna’s ProParts or Bombardier’s SmartParts, charge hourly rates for coverage for the cost of certain replacement parts an aircraft may require.

“An operator should understand that these programs don’t include the labor rates associated with replacing those parts,” he outlines.

DO AIRCRAFT FINANCIERS HAVE A PREFERENCE?

Another thing aircraft purchasers might discover is that the financial institutions they wish to use if they finance their aircraft might have some maintenance program requirements of their own.

“Since engines are the single largest variable in the value of an aircraft, and banks and finance companies like to mitigate their risk when it comes to the value of their secured assets, engine programs are strongly preferred by most lenders,” Cerretani says.

Purchasers need to be aware of that. Seno adds that experienced lenders understand the value of hourly cost maintenance programs, which assure the lender that the asset is being maintained during the financed term. When the asset is returned to the lender, the money has already been accrued for future maintenance, securing the investment and obviously increasing the resale value.

Just as it is with other forms of insurance, be it life, fire or theft, the main benefit of maintenance programs comes down to peace of mind. Operators can rest easier with the assurance that their budget won’t be blown with a large repair bill, and financial institutions have the assurance that if they get the aircraft back, they won’t be stuck with the cost of engine overhauls or CZIs.

In addition to financial peace of mind, some of these programs can provide operatorswith technical and logistical peace of mind too. One of the selling tools used by maintenance program providers is the support an operator can receive, especially when they are in an Aircraft on Ground (AOG) situation.

Most maintenance plans include technical advice and expertise when an aircraft is down and provide operators with much-needed help to get them back in the air as quickly as possible.

The bottom line on guaranteed maintenance programs is that they assure predictable budgets and peace of mind to the aircraft owner, operator, manager and financier.