The 3 Most Frustrating Words in Aviation - AOG! 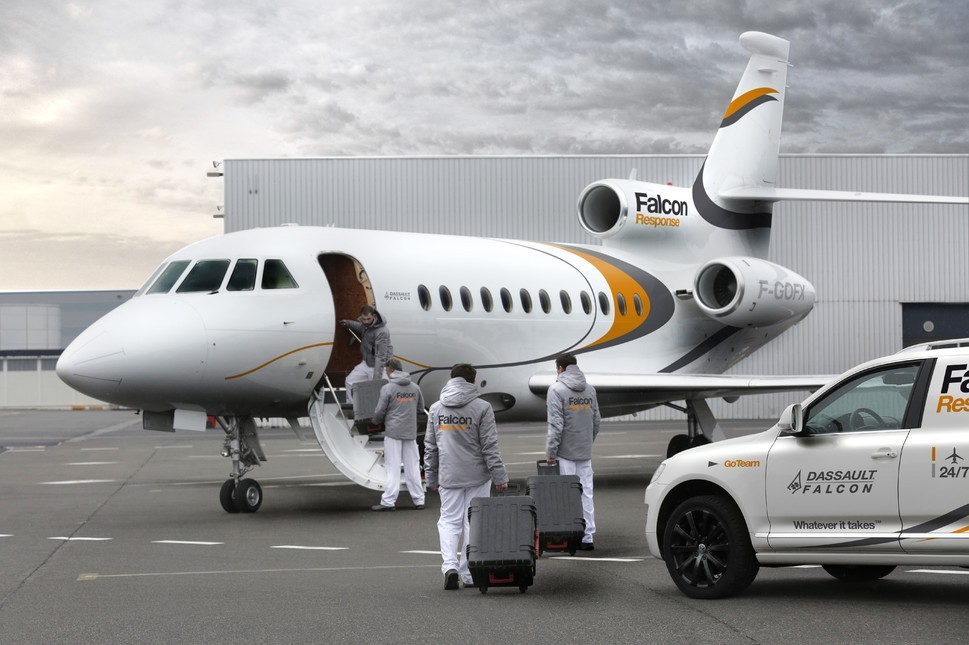 Stuff happens, so the saying goes. Aircraft breakdowns, maintenance problems and associated issues that ground the company airplane definitely happen, notes Dave Higdon. How do you prepare for that?

Aviation's three most-dreaded words, ‘Aircraft on Ground’ (AOG), can hit in varying degrees… The best AOG occurs on the home field. Next best would be an occurrence on an airport offering services qualified and capable of quickly resolving the cause. The worst-case scenario, however, might find an operator stranded somewhere without the facilities to resolve the failure.

The AOG cause may be relatively simple – a job almost any airframe maintenance technician learns such as brake fluid found pooled around one main-gear truck; a collapsed main-gear strut; or a flat tire. It could, however, be far more complicated ranging from engine igniter failure to a pressurization valve unable to function.

Yet irrespective of the degree of difficulty, having people around with the appropriate skills and knowledge to fix the fault fulfills only half the need when the facility lacks the equipment to perform the work. Many aircraft need specialized tools or lifting capabilities...maybe a jack able to elevate a gear truck when the aircraft exceeds the capacity of any of the available lifts.

Perhaps it’s the lack of the correct electronic equipment to test and correct an avionics glitch that's delaying departure, or a failed starter/generator drive – and the part needed sits on a shelf in another part of the world, along with someone who’s qualified to make the swap. Until resolved, the aircraft is grounded.

You need only imagine the frustration of one turboprop owner/pilot when he returned to an urban 2,500ft runway from a nearby meeting and found his right main gear tire was flat. Much to his surprise, however, what might have been a lengthy AOG for him proved to be only a relatively brief delay because the airport owner knew where to find the correct replacement – and had a lift capable of raising the main gear of an 11,000-pound aircraft.

Although the airport didn't stock that tire, a distributor in the area did, since it was a size and type used by a more-common propjet twin. Hours were still lost, but location can make a difference.

Almost any city of size boasts enough car dealerships to provide qualified maintenance for almost every brand of automobile. Some more-exotic brands, however, lack the market penetration or affordability factor to land a dealership in every town. So it is with aircraft, but at a more-sophisticated and regulated level. It works like this:

Are you powered by Continental or Lycoming? Both build piston engines, and you can find support at pretty much any airport. But how about Pratt & Whitney, Allison, Rolls-Royce (there’s lots of them flying on Gulfstreams), Honeywell or Garrett? It's not as though they don't have plenty of approved and qualified shops available - collectively they boast hundreds – but North America offers thousands of airports with runways able to handle at least some business-turbine traffic.

In recent years maintenance service providers have created new capacities that are aimed at resolving AOG situations and focusing specifically on business aircraft.

These solutions provide the tools appropriate for the need – which is at least enough to ferry the stricken airplane to the nearest facility that is capable of finishing the work.

So, Who Do You Call?

Assuming your aircraft is grounded and the airport FBO lacks the skills or tools to correct the fault, you should either call your maintenance manager back home, or the OEM's customer-support service.

Increasingly OEMs are enhancing their maintenance networks with mobile maintenance offerings – often based out of an existing factory or approved service center. The benefits of utilizing the aircraft OEM are the same as those prompting most business aircraft owners to stay with the factory service for their more-routine needs: Expertise, experience and access to the right parts. But let’s consider more specifically what is available to different makes of business jet operators today…

Bombardier: The Canadian OEM got into the mobile-maintenance system swing in 2012, launching its Mobile Response Party (MRP) units that work in concert with Bombardier’s North America-based network of Regional Support Offices (RSOs); 24/7 Customer Response Centers in Montreal and Wichita; and the company's wholly-owned business aircraft service centers in the US. These are supplemented with Customer Liaison Pilots, Customer Support Account Managers and Field Service Representatives.

Cessna and Beechcraft: Aircraft owners enjoy myriad choices, both in the US and internationally. Each has access to more than 60 Mobile Service Units on the ground (and with Cessna's Air Response Team). That capability is in addition to the many factory service centers scattered across the US, Asia, Europe and South America.

And Dassault Aircraft Services operates a fleet of mobile service centers out of the company's airport-based network of factory service centers. Dassault-owned Satellite Service Stations (SSS) increase the company's regional support for Falcon operators, each with its own GoTeams dedicated to AOG support. The DAS SSS network covers North America and international regions.

Gulfstream: A mobile-service network has been offered by Gulfstream since 2002. Gulfstream Field and Airborne Support Teams (FAST) were created to provide operators with a swift, well-coordinated response to AOG situations. Gulfstream dispatches FAST members by both air and ground in response to maintenance issues in North America, Central America and the Caribbean.

The operation uses more than 20 US-based pilots and technicians working in round-the-clock shifts to be ready to respond. These teams have access to two Gulfstream G150s as their primary aircraft. Since beginning in 2002, FAST aircraft annually log nearly 1,300 flight hours in service to operators.

Gulfstream expanded on its FAST system in the US with a specially equipped 74-foot tractor-trailer equipped with enough technicians, parts and tools to assist multiple customers simultaneously. The FAST network includes an additional 20-plus vehicles, including specially outfitted response trucks covering the US and Europe. In the US, FAST trucks are based in the San Francisco Bay area, Houston and New York. In Europe, FAST is staffed with maintenance engineers in Paris; Athens, Greece; and Geneva and Altenrhein, Switzerland, to respond to maintenance requests across the continent. In Asia, FAST has positioned a maintenance engineer in Malaysia to assist operators.

Embraer: The newest entry into the mobile-service support system is Embraer, which launched its initial foray into the action in late 2012. Embraer began with three new Mobile Response Units (MRUs) operated within a 400-mile radius of the Embraer-owned service centers in Fort Lauderdale; Mesa, Arizona; and Windsor Locks, Connecticut. Embraer dispatches the MRUs to customers requiring either AOG or line maintenance work.

More Than a Factory Practice

Multiple independent maintenance providers also offer their own variations on mobile-maintenance services, with many familiar names in play and some less well-known names offering their own takes. For example, one unnamed independent offers mobile response services from 12 locations across North America. The company notes its locations are within 250 miles of over 2,500 business aircraft customers and recently handled its 5,000th service call since the launch of MST in the latter part of 2009.

By whatever name the company chooses, remotely staged, mobile-maintenance services can help restore a stricken aircraft and relieve the pressures of an AOG situation.

As one representative noted, being prepared with contact info for your company's factory-sponsored or third-party mobile-maintenance provider can save time and anxiety when aircraft trouble strikes. Checking availability of this contact information should be a regular part of pre-flight preparations – something your maintenance folks can help you find... before you need it.

Read more on Business Aircraft MRO on our new hub.