Why Did Pre-Purchase Inspections Change?

Why and how did Pre-Purchase Inspections change? Today, they are costly, drawn-out affairs for both buyers and sellers - but for good reason according to Dave Coleman...

David Coleman has three decades of aviation industry experience. He has extensive experience in aircraft...

For a variety of reasons, today’s aircraft Pre-Purchase Inspection is a costly and drawn-out affair for both the buyer and seller, notes Duncan Aviation’s Dave Coleman. It hasn’t always been that way. Why and how did it begin to change?

With funds in escrow, we boarded our flight to Munich. The year was 1990 and our mark was a King Air C90A owned by an aviation enthusiast and rental car magnate. The logbook review was quick.

The flight check revealed a flawless aircraft with a set of perfectly matched engines. After a quick call to escrow to release the funds, away we went, pre-purchase complete and aircraft in hand.

Today, with exception, no one would recommend acquiring an aircraft in such a manner. Yet 30 years ago, it was a common practice. Why did the pre-purchase inspection evolve to what it is today?

Among the easy explanations for the evolution of the pre-purchase inspection is an older fleet today, the increased cost of maintenance and other expenses.

As an example, engine and component overhaul costs are vastly more expensive now than they were 30 years ago. The total dollar value difference between a “zero timed” and “run-out” aircraft is also far greater today than 30 years ago.

This is only compounded by the current depressed market values of used airplanes.

Defects uncovered during a pre-buy represent a larger percentage of an aircraft’s overall market value than they did in the past. When a large portion of the aircraft’s value can be wiped out by a few expensive defects, the risk is simply too great for buyers not to insure themselves against overpaying for the asset.

The goal of the pre-purchase inspection has also changed. Thirty years ago, the process was intended to confirm the asset was not misrepresented by the seller and that the installed equipment worked as it should.

Today, the evaluation has evolved into a detailed examination of the aircraft internals, powerplants, components and records, and is typically combined with upcoming scheduled inspections.

Furthermore, due to the globalization of our industry, an export/import to the next country of registry is often conducted simultaneously.

Aircraft sellers will often complain that these intrusive and detailed inspections are little more than ‘witch hunts’.  That view is certainly not shared by aircraft transaction specialists.  They believe a detailed pre-purchase inspection is not only an insurance policy, it is also a benchmarking exercise designed to accurately validate the acquisition price.

A mid-life Challenger 604 was recently acquired for $5m. The desktop valuation confirmed that a fair price was being paid. The aircraft had poor cosmetics, but the buyer intended to refurbish the jet to their taste.

After closing, the buyer’s charter/aircraft management company contracted with the service center for avionics, cosmetics and all necessary work in preparation for charter operations to begin. While performing the work-scope, the MRO uncovered missing service documentation, structural corrosion and other issues in the aircraft.

The total projected cost was nearly $3.5m for the repairs to be made, for the replacement of undocumented components and for the originally contracted upgrades to be undertaken. Did the buyer pay fair market value?

If a standard pre-purchase inspection had been performed, the buyer would have had validation of the agreed purchase price.

Fair market value represents what a similar aircraft in airworthy condition with typical equipment, mid-life components, good cosmetics and no damage history is worth. This buyer, in this case, ended up paying 70% above the market rate for the aircraft.

In conclusion, the pre-purchase inspection has evolved due to a number of factors. Although misrepresentation remains a risk to aircraft buyers, that risk is likely unchanged throughout the years.

The pre-buy inspection is not an attempt to penalize the seller, or complicate the sales process. Rather, it is an insurance policy and benchmarking exercise performed to validate the acquisition price against fair market value. Without such an exercise, the buyer runs the risk of paying considerably more for the aircraft than he/she should.

A Word to the Wise

As a matter of practical importance, a seller should always own and operate their aircraft in a ‘ready to sell’ condition. They should always know the condition of their aircraft and rectify defects as though a pre-purchase inspection were to begin tomorrow. If the owner maintains the aircraft in ready to sell condition, there will be few surprises and no ‘sticker shock’ when they are presented with the inspection findings. 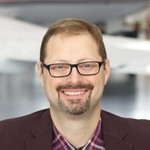 David Coleman has three decades of aviation industry experience. He has extensive experience in aircraft sales, technical oversight and ﬂight operations. Dave has a particular expertise and interest in complex cross-border, and distressed transactions.