In this month’s Aircraft Comparative Analysis- information is provided on a selection of pre-owned business jets in the $8-24m price range for the purpose of valuing the new and pre-owned Bombardier Challenger 605 aircraft which started delivering in 2006. 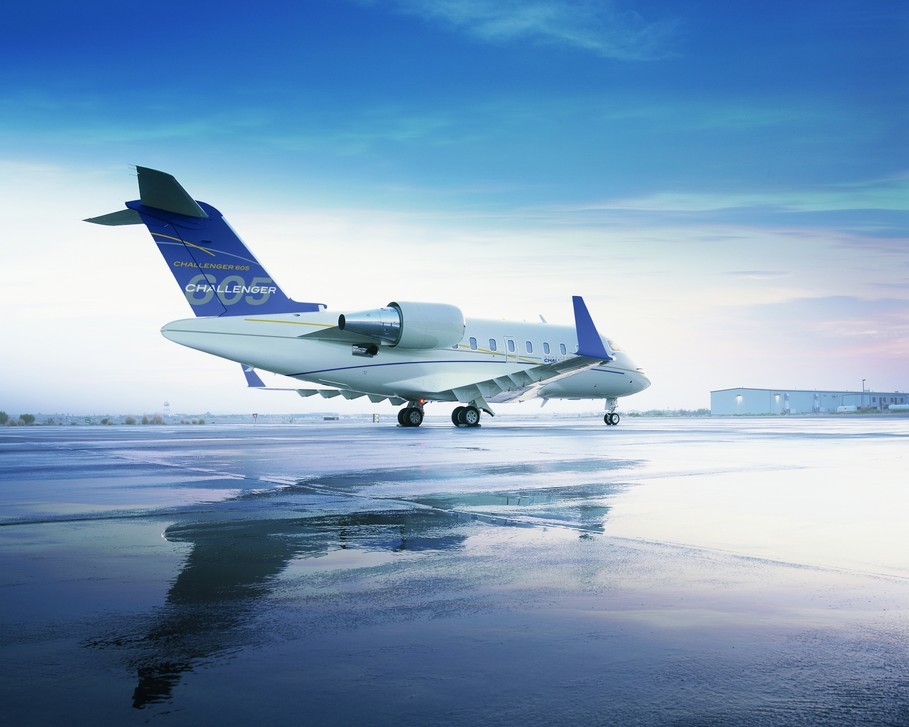 In this month’s Aircraft Comparative Analysis- information is provided on a selection of pre-owned business jets in the $8-24m price range for the purpose of valuing the new and pre-owned Bombardier Challenger 605 aircraft which started delivering in 2006.

We’ll consider the productivity parameters - specifically- payload and range- speed and cabin size - and cover current and future market values. The aircraft compared with the Challenger 605 within this study are Bombardier’s Challenger 604 - and Dassault’s Falcon 900 and 900C models.

BRIEF HISTORY
Bombardier introduced its Challenger 604 in 1996 as a major upgrade on the Challenger 601 design that incorporated more powerful engines- larger fuel supply- a completely new undercarriage- structural improvements to its wings and tail and a new electronic flight instrumentation system.

Ten years later the Challenger 605 was introduced with an avionics and structural upgrade on the 604 design. Structural improvements included larger cabin windows. Cockpit instrumentation was updated with new avionics displays and 'electronic flight bag' capability. This model can be visually identified by a new- rounded tailcone. Today there are an aggregated 540 Challenger 605 and 604 models in service.

PAYLOAD AND RANGE
The data contained in Table A is published in Business & Commercial Aviation’s May 2012 issue- and is also sourced from Conklin & de Decker. A potential operator should focus on payload capability as a key factor.

Using data published in the May 2012 B&CA Planning and Purchasing Handbook and the August 2011 B&CA Operations Planning Guide we will compare our aircraft. The nationwide average Jet A fuel cost used from the August 2011 edition was $6.04 per gallon at press time- so for the sake of comparison we’ll chart the numbers as published.

(Note: Fuel price used from this source does not represent an average price for the year.) 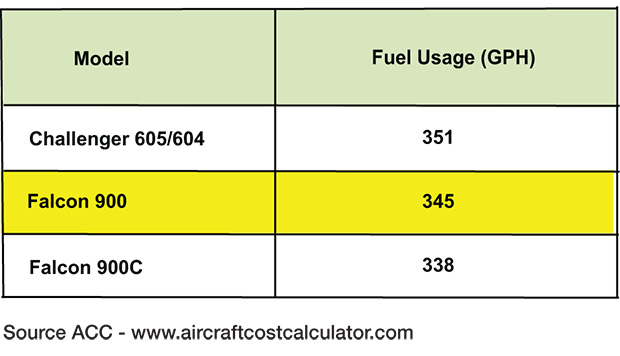 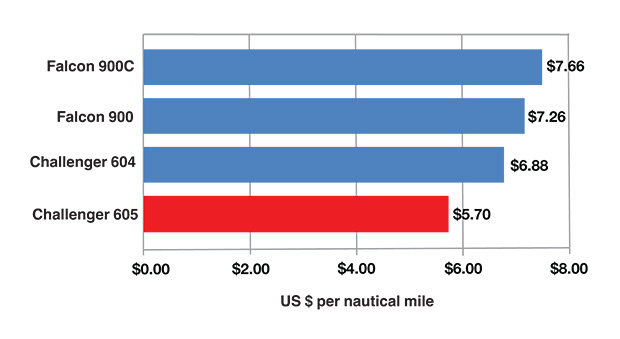 TOTAL VARIABLE COST COMPARISONS
‘Total Variable Cost’ illustrated in Chart C is defined as the cost of Fuel Expense- Maintenance Labor Expense- Scheduled Parts Expense and Miscellaneous trip expense. The total variable cost for the605 at $2-462 per hour is less expensive to operate by 17.1% than the Challenger 604 at $2-970 per hour. Both the Challenger aircraft- however- are considerably less costly to operate on a variable cost basis than either the Falcon 900 or 900C. 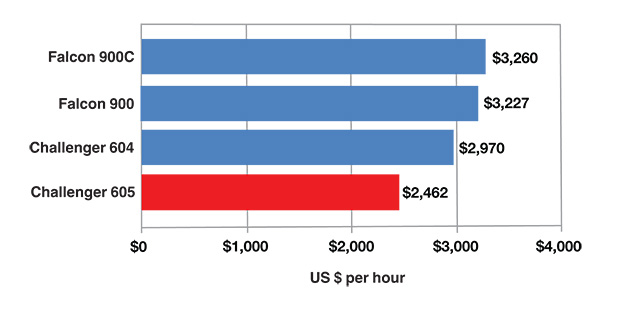 PRODUCTIVITY COMPARISONS
The points in Chart D center on the same group of aircraft. Pricing used in the vertical axis is as published in Vref. The productivity index requires further discussion in that the factors used can be somewhat arbitrary. Productivity can be defined (and it is here) as the multiple of three factors.

After consideration of the Price- Range- Speed and Cabin Size we can conclude that the Challenger 605 is competitive with the other aircraft in this field of study. There was a major change in the productivity index from the original Falcon 900 to the Falcon 900C drawing it nearer the Challenger 604.

Overall- the Challenger 605 has a slightly smaller cabin volume (by 9%) than its competition- but is considerably less expensive to operate. However- it does burn more fuel- and being a far newer model costs more to purchase.

Table C contains the retail prices from the latest Vref edition for each aircraft. The prices shown are for the last year of manufacture listed. The number of aircraft in-operation- percentage ‘For Sale’ and the number ‘Sold’ over the past 12 months are from JETNET. As shown- the Challenger 605 has the lowest percentage of the in-operation fleet ‘For Sale’ at 5.7% (seller’s market). Over the past 12 months the Challenger 605 is showing an average of four sold per month. This sales activity provides many opportunities for the savvy dealer/broker specializing in the Challenger 605. 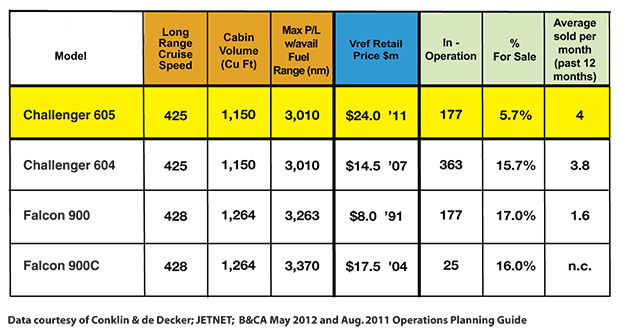 SUMMARY Within the preceding paragraphs we have touched upon several of the attributes that business aircraft operators value in a jet. There are other qualities such as airport performance- terminal area performance- and time to climb performance that might factor in a buying decision- too- however.

The Challenger 605 fares well among its competition- so those operators in this market should find the preceding comparison of value. Our expectations are that the Challenger 605 will continue to do well in the pre-owned market for the foreseeable future.

To see all large jets on the market currently, visit Large Jets for sale 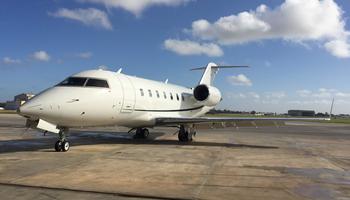 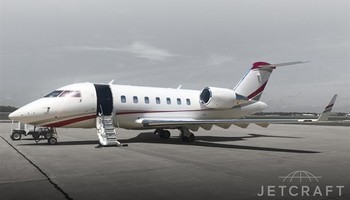 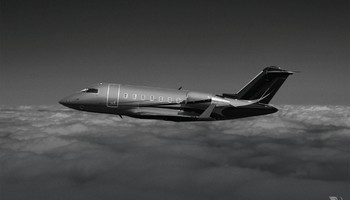