In this month’s Aircraft Comparative Analysis- information is provided on a pair of pre-owned business jets in the $18-32.3m price range for the purpose of valuing the new and pre-owned Dassault Falcon 2000LX aircraft which started delivering in 2009. 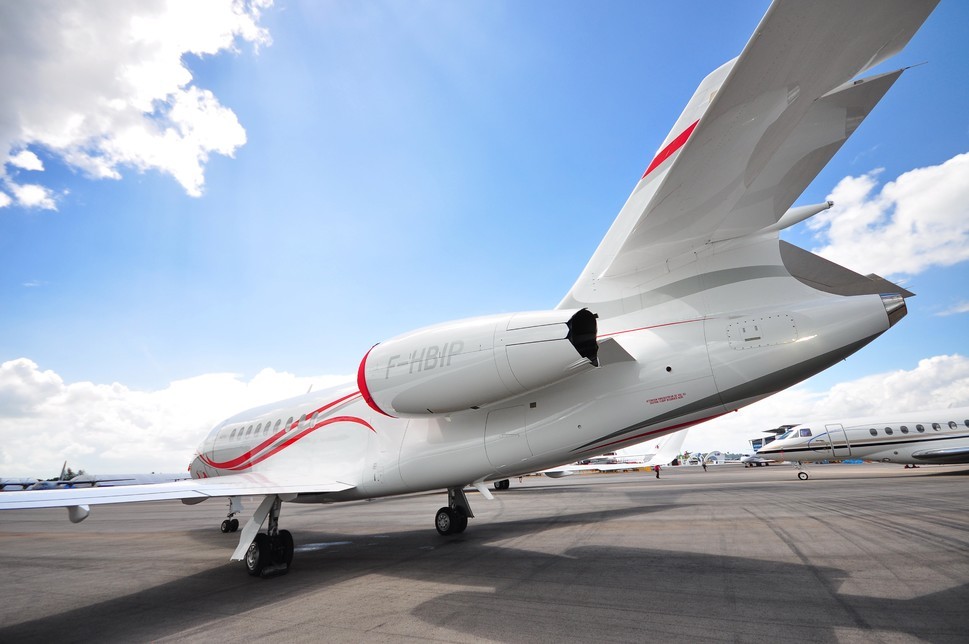 In this month’s Aircraft Comparative Analysis- information is provided on a pair of pre-owned business jets in the $18-32.3m price range for the purpose of valuing the new and pre-owned Dassault Falcon 2000LX aircraft which started delivering in 2009.

We’ll consider the productivity parameters - payload/range- speed and cabin size - and cover current and future market values. The aircraft compared with the 2000LX within this study is Bombardier’s Challenger 605. A new feature to the 2000LX are winglets. What benefits do winglets offer is one question that we will explore in this month’s article?

BRIEF HISTORY
Dassault introduced the original twin-engine Falcon 2000 as the Falcon X in 1989. First flight came in 1993 and two years later in 1995 the Falcon 2000 entered service. The Falcon 2000 is essentially a slightly smaller development of the Falcon 900 tri-jet- and offers trans-continental range. It features a large stand-up cabin- two CFE-738-1-1B engines each offering 5-918 lbst- and a Rockwell Collins Pro Line 4 integrated avionics suite.

Following on from the Falcon 2000 the 2000EX took its maiden flight in October 2001 and entered service in May 2003 offering 25 percent greater range (over 4-000nm) in a six-passenger configuration. The improvements in performance were due to new powerplants (two PW308C jets with 6-945 pounds of thrust) and increased fuel capacity.

MARKET SHARE
Chart A represents the in-operation aircraft Market Share as of March 2012 for the Dassault Falcon 2000LX (including Falcon 2000EX EASy) and Bombardier Challenger 605. There are currently 381 total aircraft in operation for these two models. However- when you combine all incarnations of the Falcon 2000 series and both Challenger 604/605 models- the Market Share percentage favors Bombardier from an aggregate 1-005 aircraft from both OEMs.

Currently there are 100 Falcon 2000LX aircraft in operation. Interestingly- 24 owners/ operators of the Falcon 2000EX EASy have elected to equip their aircraft with winglets and have been reclassified as 2000LX model. Both the Bombardier Challenger 604/605 aircraft have winglets as a standard feature. 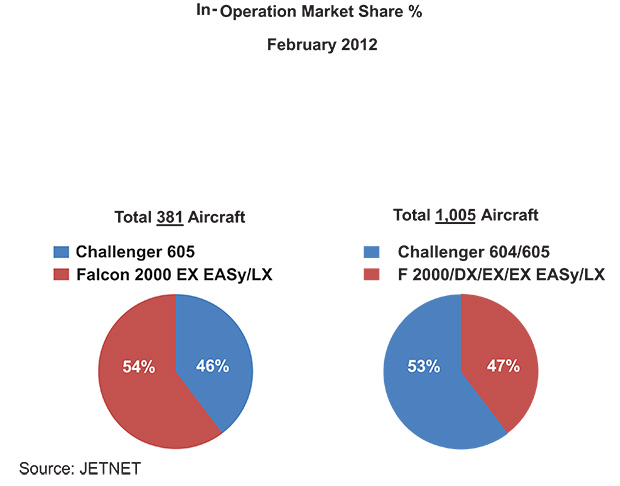 PAYLOAD AND RANGE
The data contained in Table A is published in the B&CA- May 2011 issue- but is also sourced from Conklin & de Decker. A potential operator should focus on payload capability as a key factor. The Falcon 2000LX “Available payload with Maximum Fuel” at 1-300 pounds is less than that of the Challenger 605 at 1-535 pounds.

POWERPLANT DETAILS
As mentioned previously- the Falcon 2000LX aircraft has two Pratt & Whitney Canada PW308C engines each offering 6-945 pounds of thrust. The Challenger 605 has a pair of General Electric CF34-3B engines with more thrust at 8-729 pounds each.

Using data published in the May 2011 B&CA Planning and Purchasing Handbook and the August 2011 B&CA Operations Planning Guide we will compare our aircraft. The nationwide average Jet-A fuel cost used from the August 2011 edition was $6.04 per gallon at press time- so for the sake of comparison we’ll chart the numbers as published. 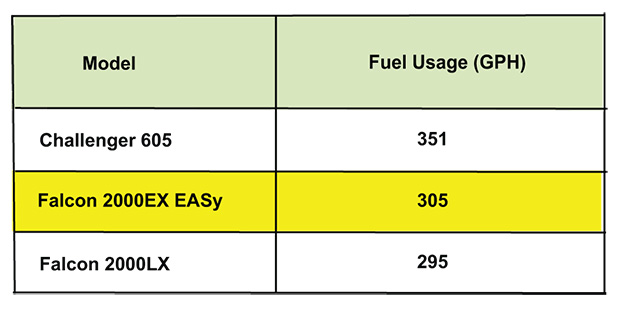 COST PER MILE COMPARISONS
Chart C details “Cost per Mile” and compares the Falcon 2000LX to its competition factoring direct costs and with all aircraft flying a 1-000nm mission with an 800 pound (four passengers) payload. The Falcon 2000LX shows the cost per mile comparisons at $4.92 per nautical mile- which is less expensive to operate by 13.7% than the Challenger 605 at $5.70 per nautical mile.

TOTAL VARIABLE COST COMPARISONS
The “Total Variable Cost” illustrated in Chart D is defined as the cost of Fuel Expense- Maintenance Labor Expense- Scheduled Parts Expense and Miscellaneous trip expense. The total variable cost for the Falcon 2000LX at $2-092 per hour is less to operate by 15% than the Challenger 605 at $2-462 per hour.

PRODUCTIVITY COMPARISONS
The points in Chart E center on the same group of aircraft. Pricing used in the vertical axis is as published in the B&CA 2011 Purchase Planning Handbook and Vref. The productivity index requires further discussion in that the factors used can be somewhat arbitrary. Productivity can be defined (and it is here) as the multiple of three factors.

Table C contains the retail prices from B&CA May 2011 for each aircraft. The number of aircraft in-operation- percentage “For Sale” and the number “Sold” over the past 12 months are from JETNET. As shown- the Falcon 2000LX has the lowest percentage of the in-operation fleet “For Sale” at 3.1% (buyer’s market).

BY CONTINENT
The majority of the 100 wholly owned Falcon 2000LX aircraft in operation are located in North America (40%)- followed by Europe (38%) and Asia and South America (10% each)- see Chart F. 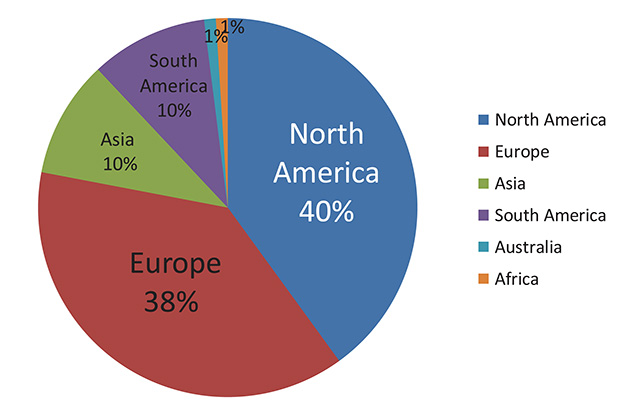 SUMMARY Within the preceding paragraphs we have touched upon several of the attributes that business aircraft operators value. There are other qualities such as airport performance- terminal area performance- and time to climb performance that might factor in a buying decision- too- however.

To see all large jets on the market currently, visit Large Jets for sale