Now available from the OEM at comparable price points, how does the larger Embraer Legacy 650E compare with the Gulfstream G280 and Bombardier Challenger 350 private jets? Mike Chase explores in this month’s Jet Comparison article… 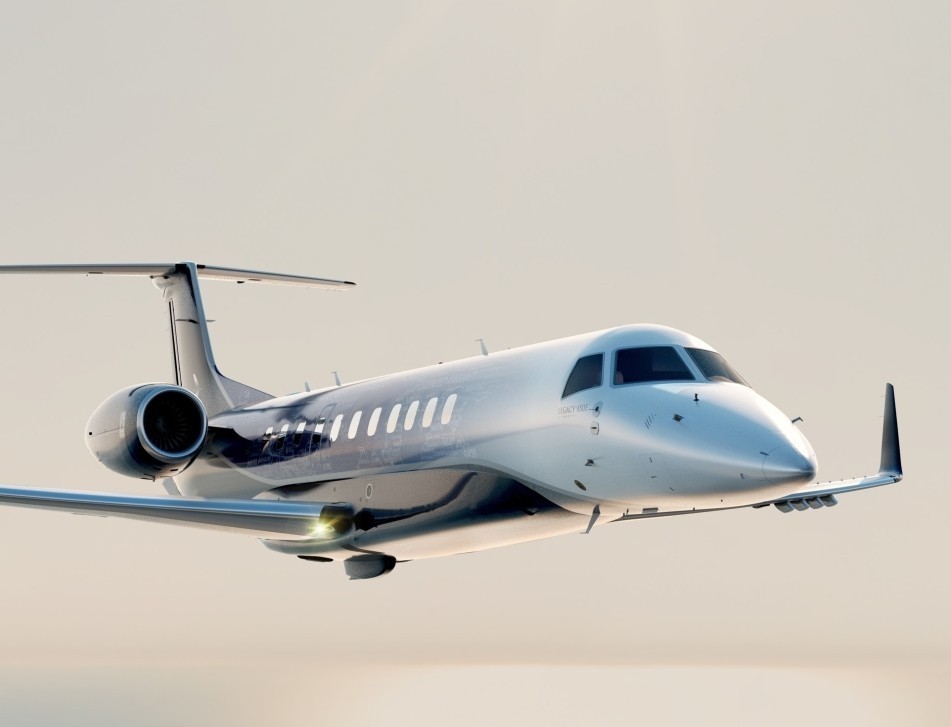 When a manufacturer lowers the price of an aircraft (as Embraer has for its Legacy 650E), will it stimulate more demand? The following comparison will consider how much additional payload, range, cabin size and overall productivity is available, and whether it follows that just because a larger aircraft is priced competitively, it is automatically the right aircraft for the buyer.

What other factors play into the decision to upsize? These questions will be considered over the following paragraphs. 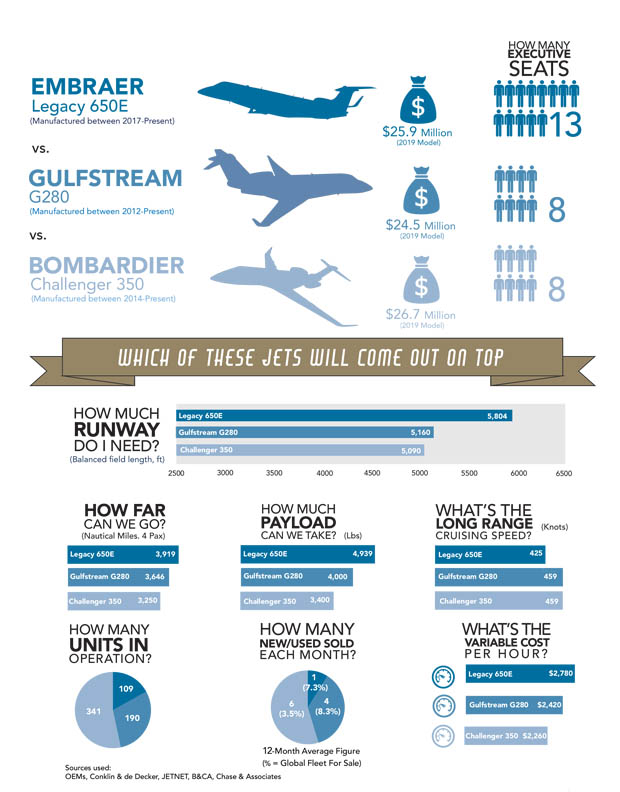 Announced in 2009, the original Embraer Legacy 650 is a longer-range version of the Legacy 600 capable of flying 3,919nm nonstop with four passengers. Almost 100 units were produced (96 were in operation at the time of writing), before Embraer upgraded the model as the Legacy 650E (the ‘E’ representing Evolution) in 2017.

The Legacy 650E includes Primus Elite avionics from Honeywell, and it carries up to 14 passengers in three cabin zones. Compared to the Legacy 650, the aircraft features automation, technology updates and re-styled seats among other things. A ten-year, or 10,000 flight-hour warranty and a lower price is now offered by Embraer, and the price of the Legacy 650E has been reduced from $31m to $25.9m.

Entering service in 2012, the super-mid sized Gulfstream G280 is an improved G200 model (by way of a 288nm increase in range, 4,150 pounds of added MGTOW, and a 210-foot reduction in balanced field length). Moreover, the Gulfstream G280 has four more side windows than the G200 and improved insulation, aiding the cabin environment.

The performance improvements owe to a re-designed wing (based on that of the G550), a larger tail, and Honeywell HTF7250G engines, each offering 1,584lbst. Other improvements include additional cabin length and Honeywell’s Plane View 280 glass cockpit avionics package.

North America is home to the largest Challenger 350 fleet percentage (74%), followed by Europe (19%). Together these regions account for a combined total of 93% of the world’s fleet.

The data contained in Table A are published in the June 2019 edition of B&CA. As we have mentioned previously, potential operators should focus on payload capability as a key factor. The Legacy 650E ‘Available payload with Maximum Fuel’ at 1,910lbs is only slightly greater than the Challenger 350 (1,905lbs), but almost twice that of the Gulfstream G280 (950lbs). 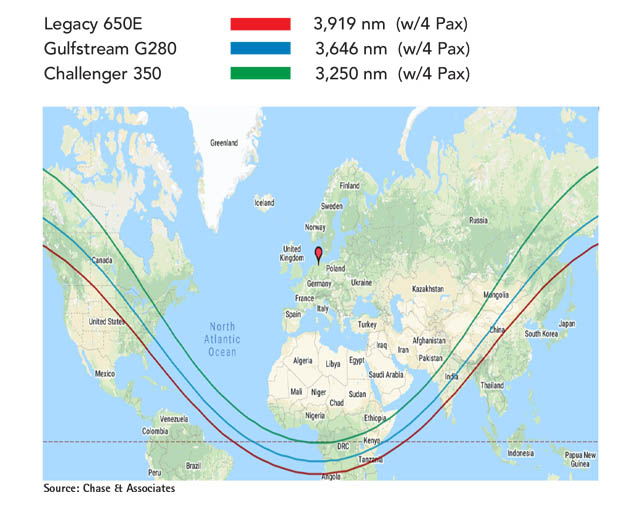 Note: For business jets, ‘four pax with available fuel’ represents the maximum IFR range of the aircraft at Long-Range Cruise with four passenger seats occupied. NBAA IFR fuel reserve calculations are for a 200nm alternate. The lines depicted do not include winds aloft or any other weather-related considerations.

The ‘Total Variable Cost’ illustrated in Chart C is defined as the cost of fuel, maintenance labor, scheduled parts and miscellaneous trip expenses. The Total Variable Cost for the Legacy 650E is $2,780/hour, which is 14.9% more expensive than the Challenger 350 ($2,420/hour). The G280 has the lowest variable cost at $2,260/hour, per JETNET.

Table B contains the new prices (per B&CA) for a 2019 model Legacy 650E, Gulfstream G280 and Challenger 350. The long-range cruise speed and range numbers are sourced from B&CA, while the cabin volumes are from Conklin & de Decker.

The numbers of aircraft in operation, percentage for sale, and average sold are all from JETNET. At the time of writing, the Legacy 650 had 8.3% of its fleet for sale, although there were no 650E models on the market. This compared with 7.9% of the Gulfstream G280 fleet, and 3.5% of the Challenger 350 fleet for sale. All three aircraft could be described as being a sellers’ market.

The average number of new and used transactions (units sold) per month over the previous 12 months for the Legacy 650/650E (combined) is one unit, compared to four for the Gulfstream G280 and six for the Challenger 350.

Charts D, Chart E and Chart F display the Embraer Legacy 650E, Gulfstream G280 and Bombardier Challenger 350 respectively. They depict (and project) the Maximum Maintenance Equity each jet has available based on its age. 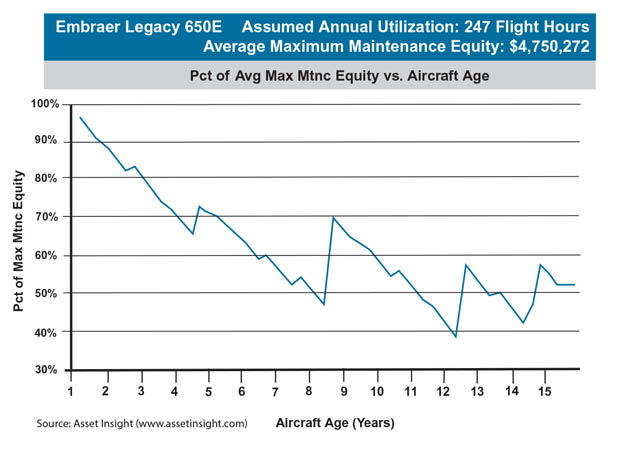 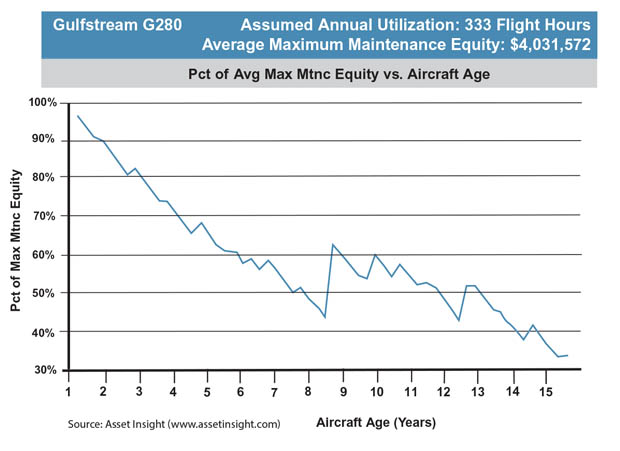 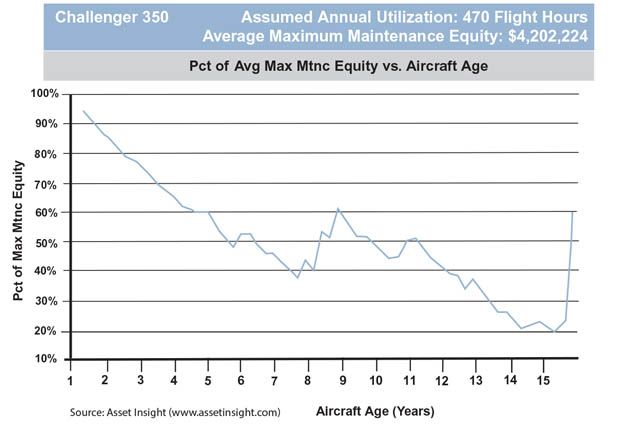 Aircraft that are owned and operated by businesses are often depreciable for income tax purposes under the Modified Accelerated Cost Recovery System (MACRS). Under MACRS, taxpayers can accelerate the depreciation of assets by taking a greater percentage of the deductions during the first few years of the applicable recovery period.

In certain cases, aircraft may not qualify under the MACRS system and must be depreciated under the less favourable Alternative Depreciation System (ADS), where depreciation is based on a straight-line method, meaning that equal deductions are taken during each year of the applicable recovery period. In most cases, recovery periods under ADS are longer than recovery periods available under MACRS.

There is a variety of factors that taxpayers must consider in determining if an aircraft may be depreciated and, if so, the correct depreciation method and recovery period that should be utilized.

Table C depicts an example of using the MACRS schedule for a 2019 Embraer Legacy 650E aircraft in private (Part 91) and charter (Part 135) operations over five- and seven-year periods, assuming a used retail value of $25.9m, per B&CA.

Table D depicts an example of using the MACRS schedule for a 2019 Gulfstream G280 aircraft in private (Part 91) and charter (Part 135) operations over five- and seven-year periods, assuming a used retail value of $24.5m, per B&CA.

Table E depicts an example of using the MACRS schedule for a 2019 Bombardier Challenger 350 aircraft in private (Part 91) and charter (Part 135) operations over five- and seven-year periods, assuming a used retail value of $26.67m, per B&CA.

While each serial number is unique, the Airframe Total Time (AFTT) and age/condition of an aircraft will cause great variation in the price of a specific aircraft (even between two aircraft from the same year of manufacture). The final negotiated price remains to be decided between the seller and buyer before the sale of an aircraft is completed.

The points in Chart G are centered on the same aircraft. Pricing used in the vertical axis is as published in B&CA. The productivity index requires further discussion in that the factors used can be somewhat arbitrary. Productivity can be defined (and it is here) as the multiple of three factors:

2. The long-range cruise speed flown to achieve that range

3. The cabin volume available for passengers and amenities

The Legacy 650/650E provide a substantially larger cabin volume compared to the Gulfstream G280 and Challenger 350, and the aircraft also provides greater ranges than the other two aircraft types in this study.

However, the Gulfstream G280 has a slightly lower acquisition cost, and both the Challenger 350 and G280 have lower operating costs, which can build up over several flight hours. Operators should weigh their mission requirements precisely when picking the option that is the best for them.

There needs to be a solid business case for buying a larger business jet because, although the initial acquisition prices may be similar, other factors such as range and operating costs must be factored to ensure an owner isn’t taking on too much aircraft for their mission needs.

For some, the price reduction in the Legacy 650/650E will make a larger, more productive aircraft available that they can fully justify purchasing, but for others, the smaller sized, but still highly productive models remain the way forward.

There are other qualities, such as airport performance, terminal area performance, and time to climb that might factor in a buying decision, too. Operators in the market should weigh all these factors carefully, with the help of professional analysis.

Our expectations are that all three business jets in this field of study will continue to do very well in the market for the foreseeable future. 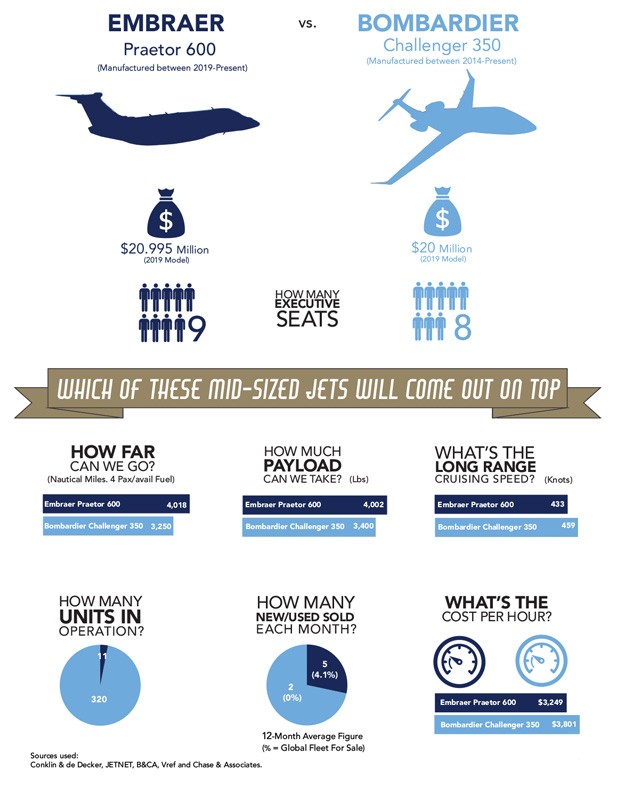 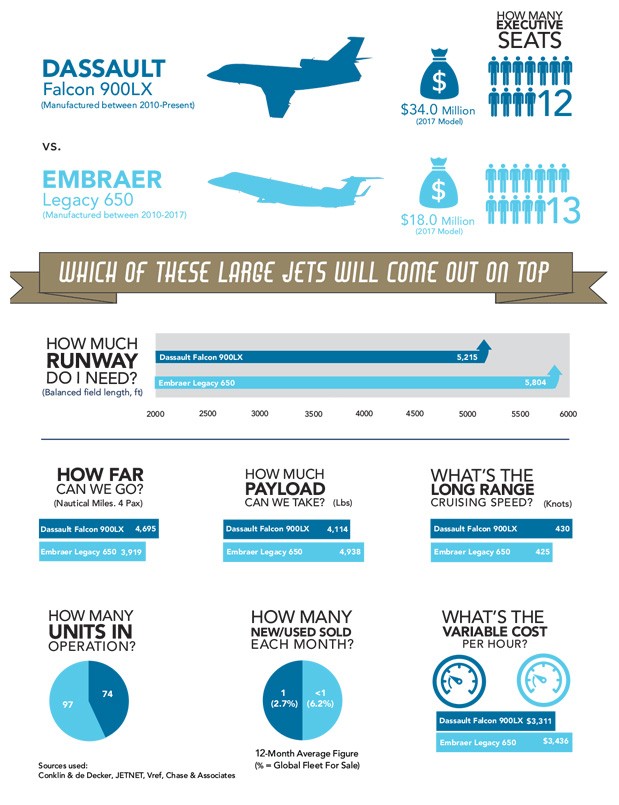 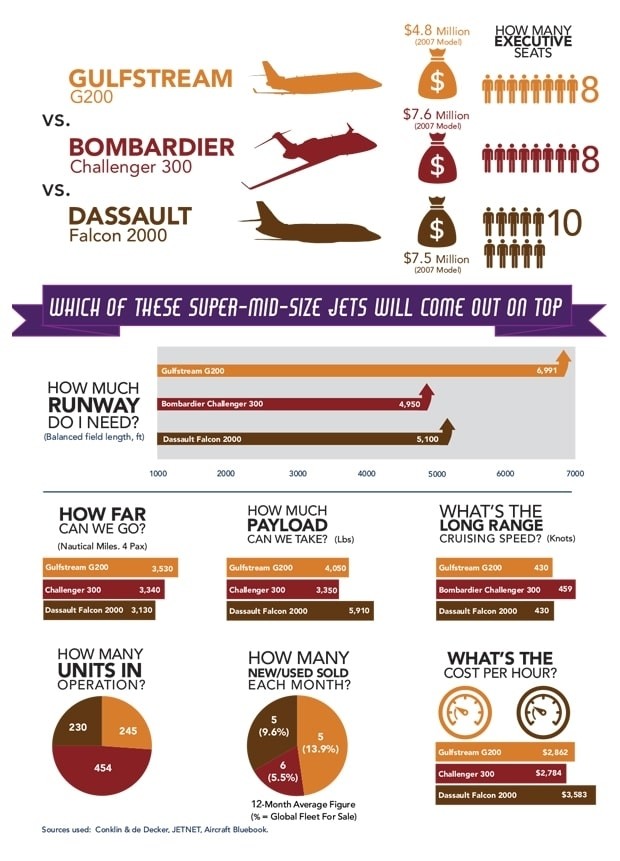 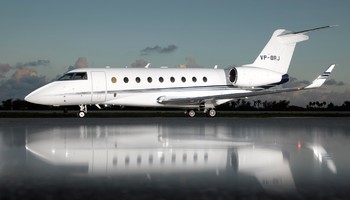 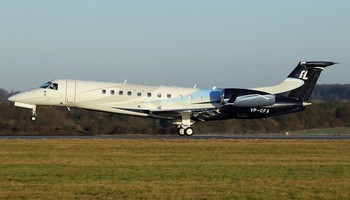 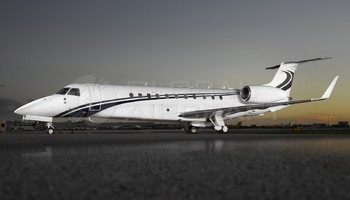 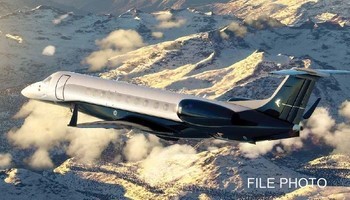 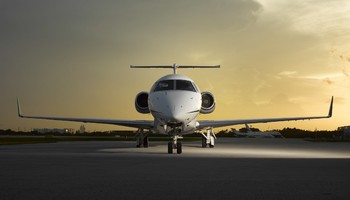 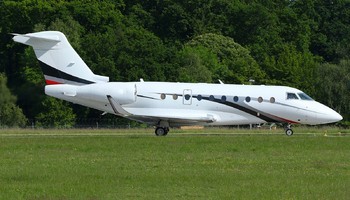 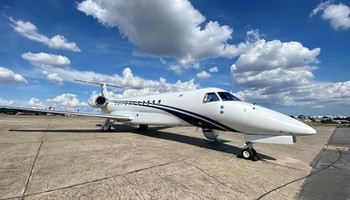 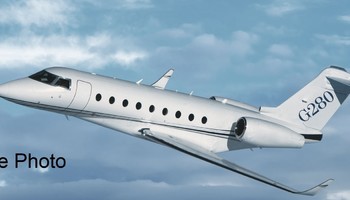