How do the HondaJet Elite and the Cessna Citation M2 compare side-by-side? What are the advantages offered by each model and to whom do they most appeal? Mike Chase analyses the performance and productivity parameters.

Over the following paragraphs we’ll consider key productivity parameters for the HondaJet Elite and Cessna Citation M2 (including payload, range, speed, and cabin size) to establish which aircraft provides greater value in the Light Jet market, and in which areas.

Does speed drive the decision to buy a jet, or is cabin volume or longer range more important to you? It is hoped that the following comparison will help. 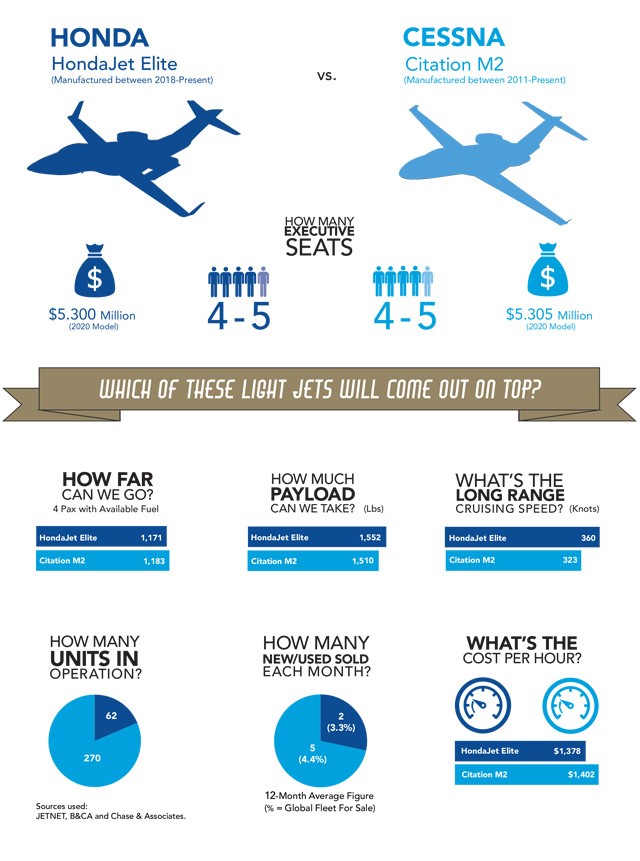 As well as offering a reduced cabin weight, the HondaJet Elite has auxiliary tanks that increase the fuel capacity. The result is a 17% increase in range over the original HondaJet model.

As of this writing, there were 51 wholly-owned HondaJet Elite business jets in operation worldwide, with four in shared- and seven in fractional-ownership, making a total of 62 jets in operation. 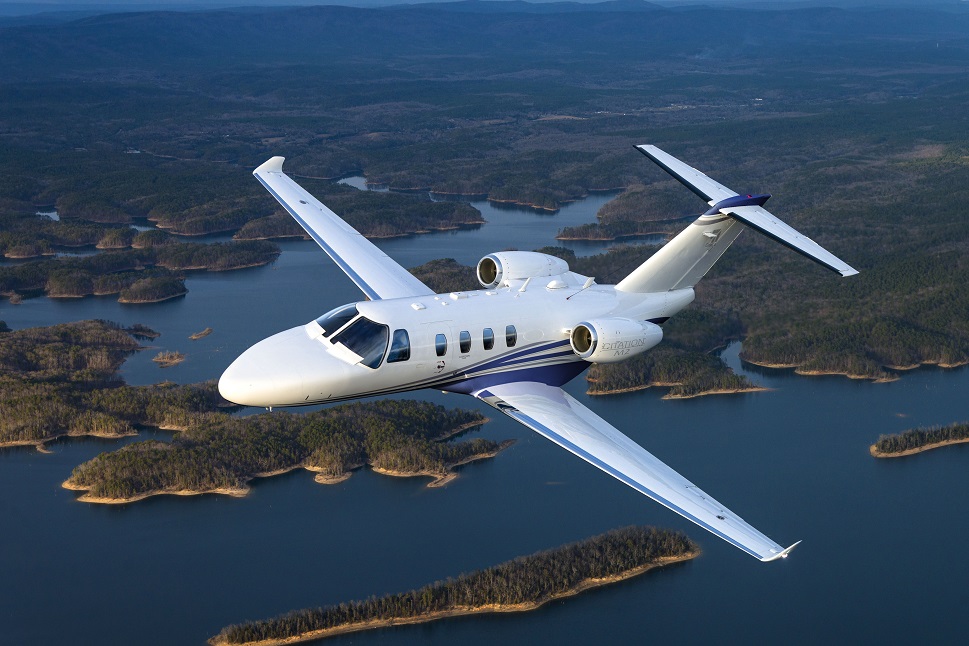 The Cessna Citation M2 was launched in September 2011 and is based on the Citation CJ1+, while featuring a new cabin layout and more efficient FJ44 engines. It became Cessna's entry-level jet, once the Citation Mustang ceased production in mid-2017.

The aircraft is equipped with modern Garmin G3000 avionics that replaced the Rockwell Collins Pro Line 21. At the time of writing there were 258 wholly-owned Citation M2s, and a further 12 in shared-ownership – making a total 270 units in-operation worldwide. 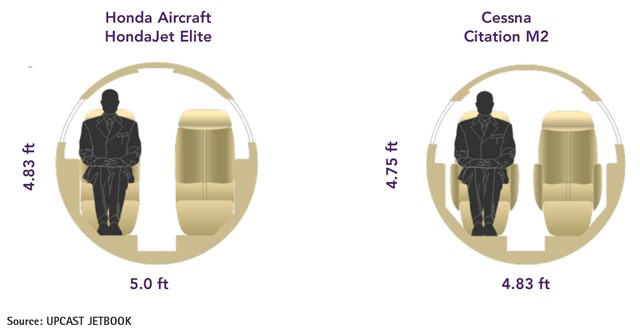 Not depicted on the graphic, the HondaJet Elite offers more than a foot of additional cabin length compared with the Citation M2 (12.1ft vs 11ft), and its overall cabin volume measures 225cu.ft. The Citation M2 offers 201cu.ft of cabin volume by comparison.

Using Wichita, Kansas as the start point, Chart B shows the Citation M2 offers a range of 1,183nm (with four passengers and available fuel), which is slightly more than the HondaJet Elite’s 1,171nm range. 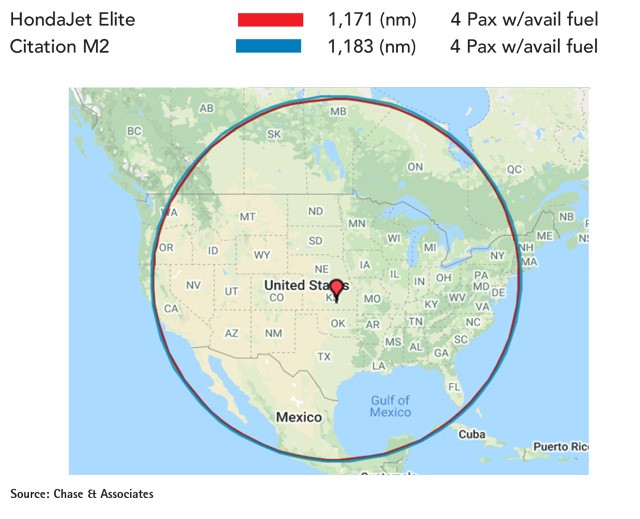 Note: For business jets, ‘Four Pax Range’ represents the maximum IFR range of the aircraft at long range cruise. The NBAA IFR fuel reserve calculation is for a 100nm alternate (under Part 23) and 200nm (under Part 25), per B&CA. This range does not include winds aloft or any other weather-related obstacles.

Chart C details the ‘Cost per Mile’, comparing the HondaJet Elite and the Citation M2, and factoring direct costs with each aircraft flying a 1,000nm mission and an 800lbs (four passengers) payload.

Table B contains the new 2020 prices (per B&CA) for the HondaJet Elite and the Citation M2 ($5.3m and $5.305m, respectively). Also listed are the long-range cruise speed and range numbers, per B&CA, while the number of aircraft in-operation, the percentage for sale, and average new and used jets sold are from JETNET.

At the time of writing, there were two HondaJet Elite business jets available for sale on the used aircraft market that invited offers with no asking prices provided. There were also 12 Citation M2 business jets for sale, with four showing ask prices ranging from $3.1m to $3.8m.

While each aircraft serial number is unique, the Airframe Total Time (AFTT) and age/condition will cause great variation in the price of a specific aircraft – even between two aircraft from the same year of manufacture. The final negotiated price remains to be decided between the seller and buyer before the sale of an aircraft is completed.

Chart E and Chart F represent the HondaJet Elite and Citation M2, respectively. They depict (and project) the Maximum Maintenance Equity each jet has available, based on its age. 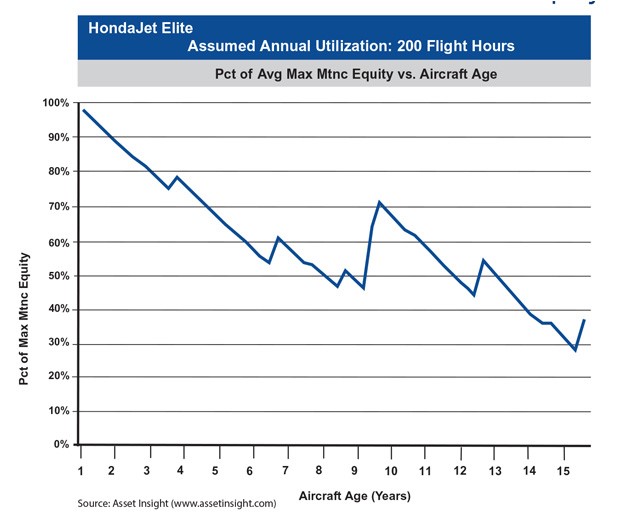 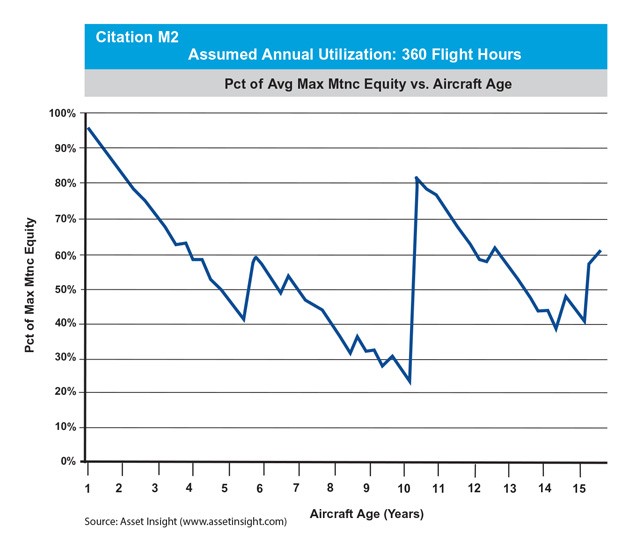 Aircraft that are owned and operated by businesses are often depreciable for income tax purposes under the Modified Accelerated Cost Recovery System (MACRS). Under MACRS, taxpayers can use accelerated depreciation of assets by taking a greater percentage of the deductions during the first few years of the applicable recovery period.

Table C depicts an example of using the MACRS schedule for a 2020- model HondaJet Elite in private (Part 91) and charter (Part 135) operations over five- and seven-year periods. The price is as published by B&CA at the time of writing.

Meanwhile, Table D depicts an example of using the MACRS schedule for a 2020-edition Cessna Citation M2 in private (Part 91) and charter (Part 135) operations over five- and seven-year periods. Again, the price is per B&CA.

The points in Chart G are centered on the same aircraft. Pricing used in the horizontal axis is as published in B&CA. The productivity index requires further discussion since factors used can be somewhat arbitrary. Productivity can be defined (and it is here) as the multiple of three factors: 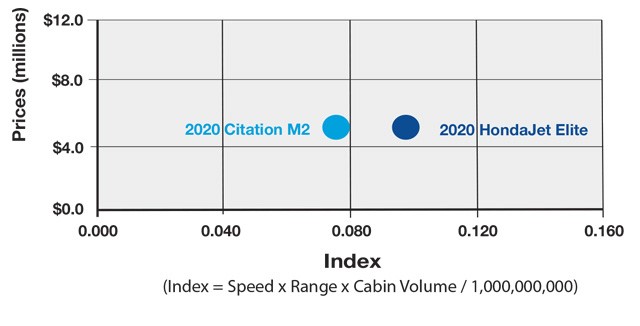 These two Light Jets are very closely matched, and it is clear that would-be buyers should weigh the capabilities of each model very carefully against their own specific mission need to determine which one is the best choice for their own flight operation.

Within these paragraphs we have touched upon several of the attributes that business jet operators value, although there are other qualities, such as airport performance, terminal area performance and time-to-climb that might factor in a buying decision.

Ultimately, there is plenty for a prospective buyer to consider when deciding which performance criteria is better suited to them in an aircraft. Both the HondaJet Elite and Cessna Citation M2 offer great value in the Light Jet market today. 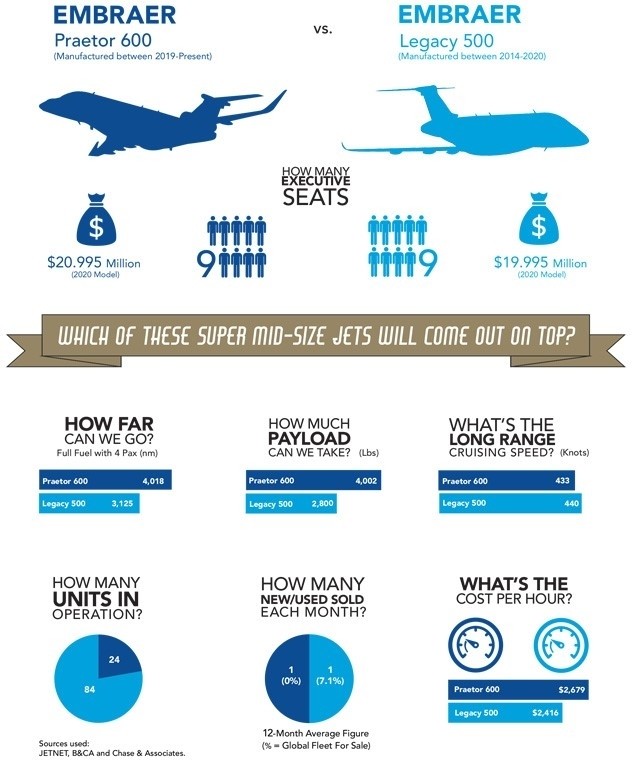 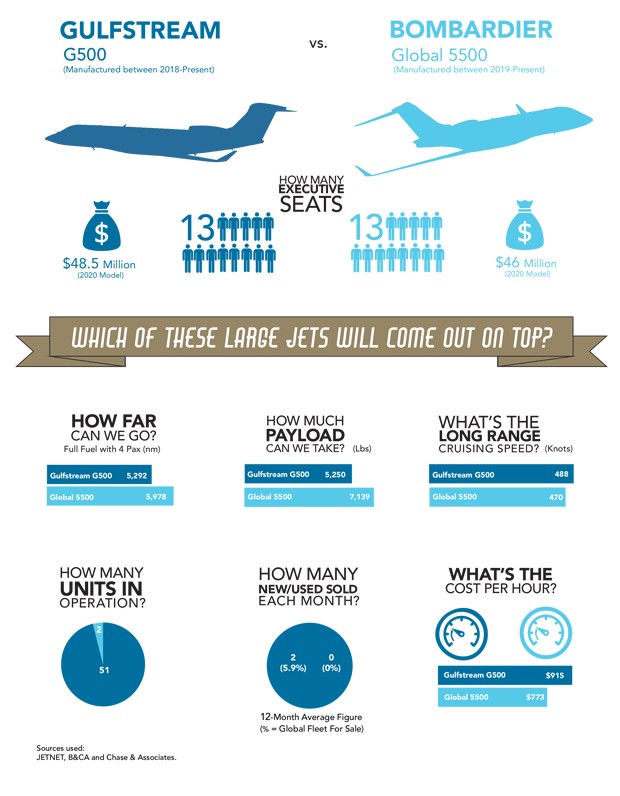 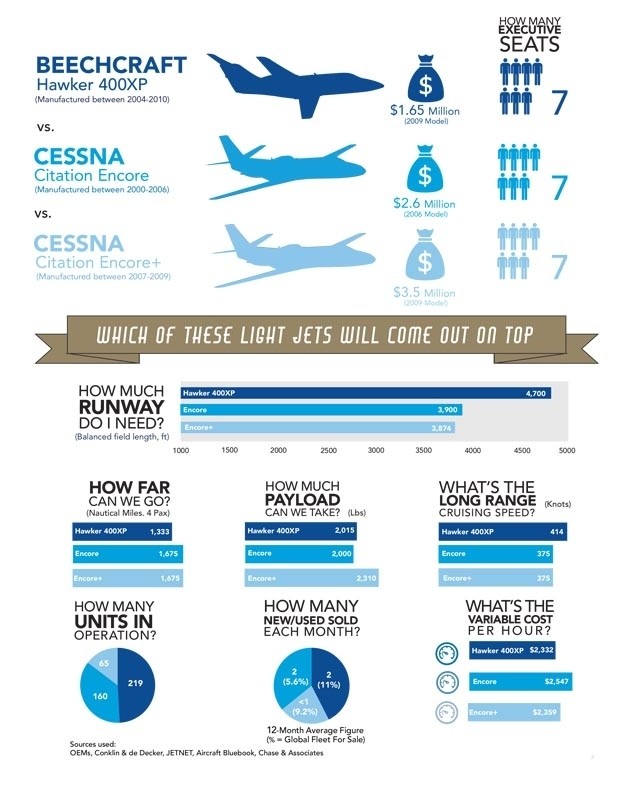 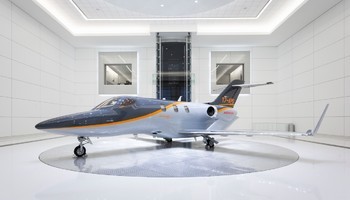 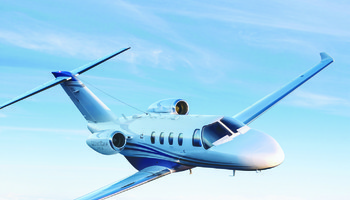 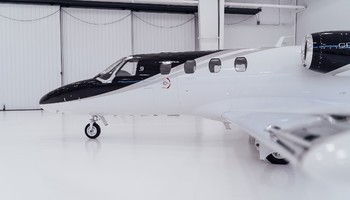 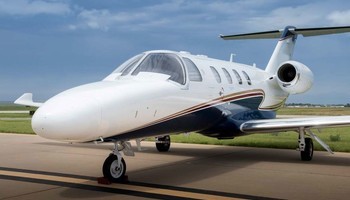 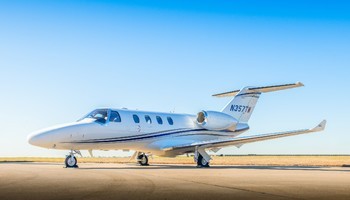 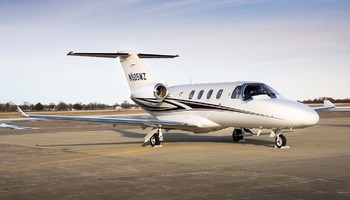 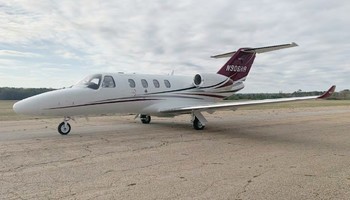 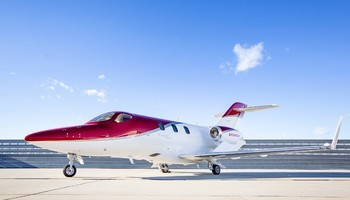