Dave Higon looks at how a change in engine type can bring more power, more speed and more climb to certain piston airframes... for a price 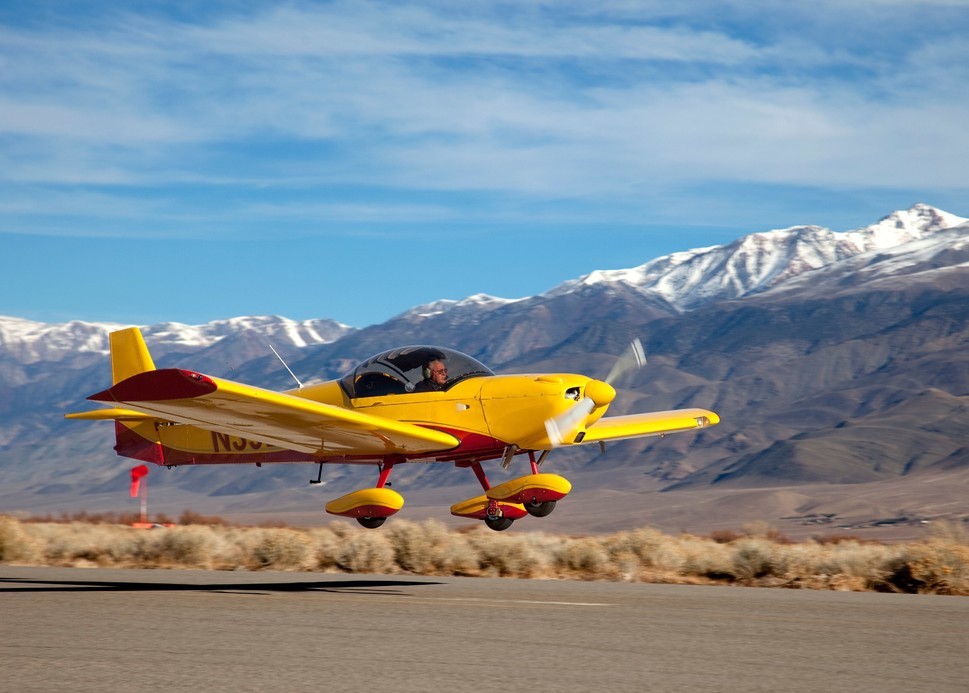 There's no such thing as a free lunch. Whether you ascribe that phrase to Robert Heinlein's 1966 science-fiction novel The Moon is a Harsh Mistress or to economist Milton Friedman – he made the phrase the title of a book – the adage serves aviation well.

Do you want efficiency above speed? Piston airplanes and small aircraft deliver excellent numbers in terms of miles per pound of fuel, and costs per knot. The trade-off is that if you’re crossing the North American continent, it’ll take a full day of flying - providing weather fluctuations don't waylay your plans.

Perhaps you want to speed along faster than 200 mph at between 10,000 to 25,000 feet (above ugly lower weather fronts). Plenty of piston-powered equipment can deliver – albeit at a higher price in terms of fuel cost. But if you want even more speed and space and the ability to cross oceans, and with room to move around the cabin it’s going to cost you significantly more money; upfront and on a flying basis… Now you're into solid turboprop and jet territory, with the significantly higher costs that accompany ownership and operation of these business-turbine aircraft. As the saying goes: ‘There's no a free lunch’.

So for the light-business piston aircraft operator, the odds are that the airplane flown is the one the operation can afford. If you fall into this category, did you know that a middle ground exists that may allow you to keep the airplane you can afford, know and perhaps even love, while stepping up into turboprop performance levels?

Have you ever considered converting a piston airplane to propjet power? While it’s still not cheap – turbine engines just aren't inexpensive – conversions offer owners the benefits that are inherent to the powerplant, but at costs that are closer to the piston airplane that was converted. This conversion route is significantly less expensive to finance (think mid-to-upper six figures for a package) compared to the exposure from buying comparable performance, for an added million or more.

Thanks to the distinct operating characteristics of turboprop powerplants, converted aircraft typically gain the ability to fly a mile higher, 50-60 knots faster, and still carry slightly more payload thanks to a lighter powerplant. Depending on the conversion, that extra payload capability may go to tanking more fuel. With lower specific heat content in Jet A versus Avgas, turboprop engines need more fuel per power unit – and more per mile – than gas engines. But thanks to the efficiency gained in high-altitude cruise, the airplane will fly faster and further, above the weather, and at its best efficiency on a full load of fuel.

In addition, thanks to their lighter weight per power unit, a turboprop engine may allow you to carry more even after allowing for a large fuel supply.

A New Spin on Powerplants

Pistons inside engines go up and down, up and down; the memory aid applied by generations of student pilots puts it: ‘Suck, Squeeze, Bang, Blow’.

For every two turns of the engine crankshaft the engine's pistons first draw in air on the downward intake stroke, then squeeze down the air-fuel mixture on the compression stroke. The power or ignition stroke comes when the fuel/air mixture explodes, pushing down the piston as the rods connecting piston to crankshaft transfer the pistons' vertical motion into spinning motion by rotating a crankshaft. Along the way cams must rotate to open and close intake and exhaust valves and an ignition system must provide a precisely timed jolt of electricity to spark plugs which light the fires in each cylinder to provide the power making all this happen.

Any engine running at peak fuel-and-power efficiency uses some of its power to sustain itself. That applies to turbine engines which, in contrast, gain some efficiency by spinning their way to high-power performance. Air must still flow into the engine and endure compression; a fuel must be flowing into a fire produced to power the plane and the power-making process.

But everything happens on a continual, uninterrupted, non-reciprocating basis: air compressed by a linear or centrifugal compressor that squeezes atmospheric air into progressively smaller spaces until it enters a combustion chamber where a continual spray of fuel mist mixes constant-flame combustion – the process that pushes power turbines driving the compressor and accessories – including the propellers of turboprop engines.

Piston engines enjoy benefits of being small, relatively inexpensive, simple to build and repair, and tolerant of some level of mismanagement, even with their complex assembly of moving parts. Conversely, normally aspirated piston engines suffer from hypoxia as the airplane climbs higher, reducing power output and air to cool the engine. Turbocharging – forcing compressed air through the inlet system – improves engine breathing to produce cruise power to far higher altitudes. But turbocharging doesn't ameliorate the cooling issue – even when combustion-air cooling is employed.

Turbine engines similarly suffer power loss from the effects of high-altitude flying, helping them maintain power up to their rated altitude limit. And cooling is less of a challenge. On high-bypass fanjet engines, their powered fan section provides enough air to feed the compressor section while between two and seven times the volume of combustion air bypasses the engine core for what's often labeled ‘free thrust’. Thus the total nature of turbine engines make them better performers at high altitudes compared to even turbocharged engines.

Turboprop engines also enjoy the benefits of lighter weight per horsepower and smaller frontal area or form factor – so they can be installed more aerodynamically. So why don't all pilots – particularly business pilots – fly behind turbine engines?

Arguably their two biggest drawbacks involve that most-finite of resources: money. Compared to piston aircraft engines, turbine engines cost significantly more per power unit – turboprops less so than jets, but still far more than pistons. Similarly, turbines need more fuel per horsepower, mainly due to being designed to use less-volatile, lower-energy-laden Jet A.

Finally, turbine engines tend to offer far longer overhaul periods, with 3,500 hours between visual hot-section inspections and the 7,000 hours for suggested overhaul. While their longer lifespans help offset their per-hour overhaul costs, the mid-six-figure costs of turbine-engine overhauls, plus service and rentals, make for some serious planning before going for overhaul.

So to recap: compared to piston-powered business aircraft, turbines let you climb higher to fly faster – but you'll spend more on fuel, by any measure, and more on overhaul when the time comes. For many, the debate stops at “climb higher to fly faster”. But for others, the issue is more about time than money. For these frugal folks, a conversion to a turboprop from a piston need only gain them time within acceptable limits for the costs.

O&N: Silver Eagle P210 Upgrade
Arguably, no conversion better illustrates the weight differences between a piston and propjet engine than the Silver Eagle. The pressurized Cessna P210s left Wichita with a turbocharged piston-six of 310 horsepower that provided a maximum ceiling of FL230. Every one of those 310 horsepower needed 1.65 pounds of engine to produce – 510 pounds in all.

The Rolls-Royce (Allison) 250-B17F/2 powerplant at the heart of O&N Aircraft Modification's package, however, produces 450 shp from a package weighing 205 pounds. That calculates to 0.46 pounds per horsepower. Not all of that weight savings goes into payload, though, with some given back to system improvements and fuel-system upgrades (among them a 27-gallon header tank). With the standard 88 gallons of usable capacity, the header tank gives the Silver Eagle 115 gallons usable.

The fuel change and an increase in speed by nearly 50 knots combine to increase cruise range beyond 1,000 nautical miles - to almost 1,200 nautical if you pull power back a few knots. We're talking about 20GPH of Jet A to cruise at 215 knots, versus 168 knots and 18GPH of Avgas.

A new prop, refurbished airframe, in-house crafted interior, avionics improvements and added electrical-system redundancy contribute to a comprehensive package that yields an airplane with operating economics at the top of its class. You can also factor in better payload, shorter runway needs, higher cruise speed and faster climb. The changes make the P210 a greatly improved option for the owner/pilot or small-business flight department.

Maybe, however, you prefer a non-pressurized option? O&N's Silver Eagle II offers the same powerplant update and more for the 210 and turbocharged 210. And if a twin-engine piston is more what you were thinking O&N offers those same Rolls-Royce turboprops in a pairing on the Cessna 340, converting the piston twin into the turboprop-powered Silver Eagle 340. In each case the same degrees of payload and performance improvements result from the package – along with reduced maintenance demands of 3,500hrs TBO.

“All it really needs to be an ongoing contender is a pair of turboprop engines,” opined one local commercial pilot. Thanks to Aviation Alliance, that may well become reality.

Lead by a veteran managing director of operations – one Jack Pelton, former chairman and CEO of Cessna Aircraft – the Paso Robles-based outfit is developing the Excalibur 421, and in doing so, is delivering “essentially a brand-new” aircraft, according to Pelton, with a completely remanufactured airframe. The conversion employs Pratt & Whitney PT6A-135A turboprop engines, an extensive custom Garmin avionics suite, a new-generation cabin interior, new tires, brakes, anti-icing, hydraulics and electrical systems.

The result: a propjet twin that is capable of exceeding 300 knots in cruise at altitudes of up to FL300 – and covering more than 1,400 nautical miles (with IFR reserves).

The Aviation Alliance manages the program participation of Excalibur 421 LLC partnering companies, which include Capital Aviation, Clay Lacey Aviation and Oklahoma Jet Center. An Excalibur prototype was already flying under the engine-conversion STC at the time of the program's launch in early 2013.

One company particularly busy in the conversion of Pistons to Propjets is Rocket Engineering, as pinpointed below:
• The number of JetPROP DL and DLX Mirage conversions is nearing 300; the 279th was delivered in February. http://jetprop.com/
• Northwest Turbine, LLC employs Rocket to perform the conversion work on its Royal Turbine Duke, a pressurized B60 Beech Duke airframe fitted with a pair of Pratt & Whitney Canada PT6A propjets and new props. http://royalturbine.com/
• West Pacific Air STC'd the conversion to PT6A of the venerable Beech Bonanza, with Rocket handling the work to deliver what they call the TurbineAir Bonanza. http://turbinebonanza.com/
• Cougar Baron LLC continues to work with Rocket to complete the newest of its engine-conversion STCs, to convert B58P pressurized Barons to PT6A. http://cougarbaron.com/

In each of the above cases, higher speed, better payload and range result from replacing the high-stress, turbocharged piston engines or even the naturally aspired piston mills. And these packages all offer far more in the way of aircraft refurbishment than mere powerplant-and-prop upgrading.