Entering the busiest month of the year for aircraft transaction activity, what are the key trends, forecasts and observations? Rollie Vincent explores... 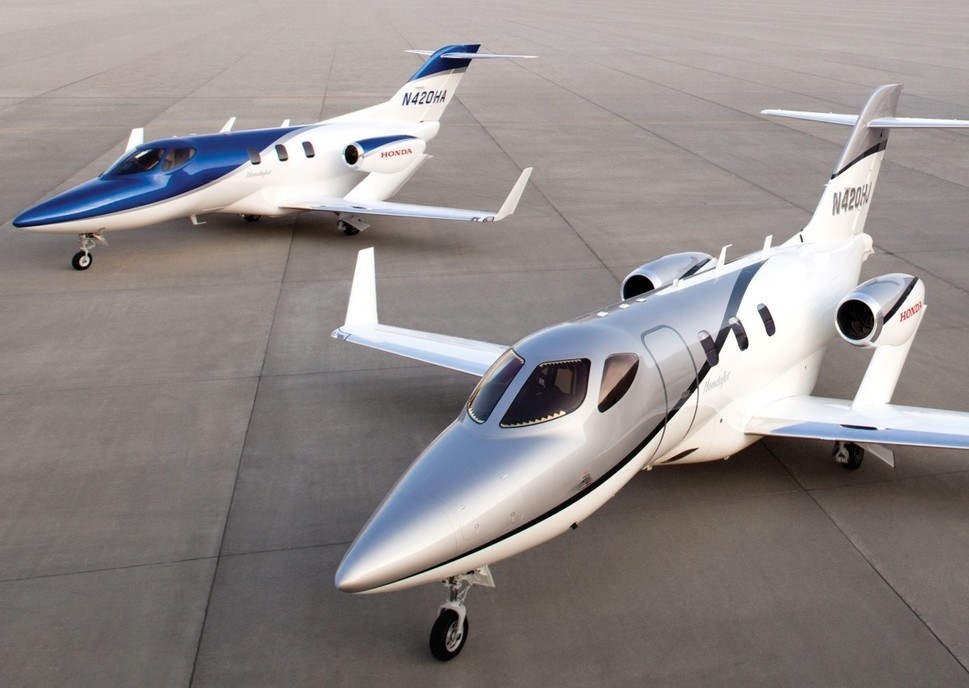 As we enter the busiest month of the year for aircraft transaction activity, Rolland Vincent takes stock of the market today. What are the leading trends and indicators at the end of 2017…?

December: The only month with about 32 days in it. At least, that’s how it seems when all of the year-end transactions are finalized, signed and registered…

In what always seems to be a rush to the finish, December will once again prove just how productive we can all be when it comes to facing the deadline to end all deadlines, namely year-end!

The Q3 2017 GAMA new aircraft shipments report was issued November 13, revealing a number of recent trends in production and delivery rates at the OEMs.

Through three-quarters of 2017, the worldwide market for new business turbine aircraft (business jets and turboprops) is as flat as can be, with 808 shipments recorded by GAMA Year-to-Date (YTD), versus 810 for the same period last year.

Following are some additional notes: Business jet shipments included a stronger Year-over-Year (YoY) performance from HondaJet, with 30 aircraft deliveries through Q3 2017 (versus 15 YTD in 2016), and we’re seeing the start of a production ramp-up for the single-engine Cirrus SF50 Vision Jet.

Shipments from both Bombardier and Embraer through the first three quarters of 2017 were down 12% and 20% respectively, in Bombardier’s case in line with investor guidance.

Embraer tends to have a very back-end loaded delivery profile, with Q4 representing 37-38% of annual delivery units in both 2015 and 2016. If the same distribution holds true in 2017, the company will miss the low point of its investor guidance of 105-125 shipments in the year.

The brighter points among the single-engine turboprop deliveries were a ramp-up in production of newer models like the Piper M600 and Daher TBM910. But the market for new twin-engine business turboprops, long dominated by the King Air family, appears to have softened considerably with new shipments down 25 units YTD (-30.5% YoY across all model lines).

Recent King Air demand for the 350i model has been buoyed by orders from a single customer – Wheels Up – which has taken delivery of 65 of this type since its program inception through October 2017.

Wheels Up indicated recently that it still has 45 King Air 350i aircraft on order, providing Textron Aviation with some visibility into future King Air production rates.

Other Signs of Market Health

Business aircraft flight activity in the core North American and European markets is up on a YoY basis, fueled by strong performance in the charter markets.

The volume of used business jet and turbine helicopter transactions is up about 6% YTD through the end of September, measuring retail sales and leases to end-users although used turboprop sales are off about 10%, based on available data.

Used inventory ‘For Sale’ has now fallen to the mid-10% range for business jets, and to the mid-7% range for turboprops, below pre-2008 financial crisis levels, with very limited availability of low-time, late model aircraft in most segments.

As we have indicated before on these pages, used aircraft transactions and inventory ‘For Sale’ metrics are being bolstered by remarkably attractive prices for these productive, albeit depreciating assets.

Asset Insight’s analysis, below, suggests the average asking prices have tumbled 21% so far in 2017 led down the slippery slope by Large-Cabin business jets, a segment that continues to be the weakest with respect to price retention/residual value diminution.

On the other hand, Turboprop values appear to have broadly stabilized, reflecting both low availability levels in the ‘For Sale’ market, fewer production models and competitive product lines, and lower overall new aircraft production rates.

With only a few weeks to go before December 32, industry professionals will be focused on getting through the many hurdles necessary to close deals and ensure buyers and sellers are getting what they need.

Sprinkle in one of the busiest travel and holiday periods in most people’s calendars, and the month is shaping up to look a lot like other Decembers – a time to get things done, and quickly!

At times like these, we always like to remind ourselves that it is wise to stop, to count our many blessings, to provide that little extra thought and effort that can make a difference in someone’s day, and to be thankful for the opportunity to work in an industry that provides so much value and opportunity to our customers.

Year-over-Year (YoY), the results by operational category were all positive with Part 135 still holding the top spot. Similarly, the aircraft categories were all positive, too, with Mid-size and Large jets posting the largest gains in that order.

Aircraft categories were all positive with Mid-size jets posting the largest monthly increase.

TRAQPak analysts estimate there will be a 3.2% increase in overall YoY flight activity in November 2017.

October’s European Business Aviation activity came down from the summer peak, notes WingX Advance, but was still up 8% YoY…

The largest markets contributed most to the growth, with Western Europe showing a robust increase in flight activity (especially in France, Spain and Italy). There was an increase of over 1,000 flights YoY from France in October. YTD, Germany has seen the most growth in flights, up by 3.9% - an additional 415 flights per month.

Small YoY declines in activity were recorded in Russia, Norway and Turkey, while strong gains from other smaller markets included Sweden, Austria and Greece.

Business Aviation flights from Southern Europe were up 10% in October, and have a 12-month growth trend of 7%.

Arrivals into Europe from Russia were down 2%, while there was a slight growth in flights to the Middle East, and a 9% bounce in flights from Europe to North America.

While charter flights continued to flourish, there was also some recovery this month in private flights, up 5% YoY, in contrast to stagnation over much of the last 12 months. All this growth came from the 10% gain in turboprop activity. Business jet private missions slipped 0.4% YoY.

“October activity came down from the summer peaks as usual, but the strong YoY growth, the largest so far this year, points to the sustained growth in charter demand,” summarized Richard Koe, Managing Director, WingX. “This is evident across almost all business jet segments, most notably in heavy jets.

“The market appears to be responding to a better outlook for the economy, and within the industry, competitive pricing, aggressive marketing and more effective underlying operating models.”

With an 8.9% upsurge in movements compared to the same period last year (per Eurocontrol) October’s strong Business Aviation traffic figures in Europe signaled a key milestone for the sector, notes EBAA.

Results for October secured the first full 12-months of uninterrupted growth for Business Aviation in Europe in almost a decade (see Chart A).

“What’s more, all European countries have experienced traffic growth since January 2017, and all top 10 Business Aviation airports in Europe have seen positive traffic figures since the beginning of the year,” he added.

Q3 2017 results followed a steady increase in flight activity throughout the year, proving to be the most active period in 2017.

“These are encouraging signs that companies are leveraging corporate jets to conduct business around the world.

“It’s also promising to see such growth in regional diversity coming from markets outside North America and Europe,” he added.

In its latest industry forecast, Teal Group is calling for business aircraft deliveries to return to 2008 peak levels in 2021. However, it predicts deliveries will be down 2.3% this year, followed by ‘modest’ growth through the end of this decade…

Teal expects Gulfstream and Bombardier to be the market leaders for business jets, commanding 31.5% and 28.3%, respectively, by value of deliveries, followed by Dassault Falcon (17.4%) and Cessna (13.8%).

Next in line is Embraer Executive Jets, with a 6.6% share by value, which Teal said is a “very significant increase” and particularly affects Cessna, which had 21% market share a decade ago. Honda, Eclipse and Pilatus would share the remaining 2.4%, according to Teal’s forecast.

JETNET has released its data covering used Business Jet, Business Turboprop, Helicopter and Commercial Airliner sales for the first nine months of 2017. Here’s what was revealed…

Comparing September 2017 with September 2016, fleet ‘For Sale’ percentages for all market sectors were down, dropping a half of a percentage overall. Business Jets and Business Turboprops showed the largest declines (see Table C). This is very good news, but we are just above the 10% line and still in a buyer’s market.

Generally, inventories of used Business Jets ‘For Sale’ have decreased. Business Jets are showing an increase in used sale transactions in the first nine months of 2017 compared to the same period in 2016 and are taking almost the same amount of time to sell (313 days YTD) as last year at 312 days.

All told, for the first nine months of 2017, there have been more than 6,000 Commercial and Business Jets, Turboprops and Helicopters sold. This is an increase of approximately a half-percent more sale transactions compared to 2016.

The remaining three segments decreased by double-digit percentages, with Piston Helicopters showing the largest decrease in the same YTD comparisons for 2017 vs. 2016.

If any proof were needed that higher asset quality aircraft are the ones actively trading, consider the recent Asset Insight’s market analysis of October 30, 2017…

The ETP Ratio calculates an aircraft's maintenance exposure as it relates to the ask price (see Chart B). This is achieved by dividing an aircraft's Maintenance Exposure (the financial liability accrued with respect to future scheduled maintenance events) by the aircraft's Ask Price.

The tracked inventory fleet’s ETP Ratio worsened by 6.4 AI2 basis points over the past 30 days, posting a new 12-month high figure of 63.5%.

A 4% decrease (74 units) to the tracked inventory fleet is one of the highest monthly reductions witnessed, and sales clearly demonstrate the industry’s preference for higher asset quality aircraft.

As we enter the year’s peak transaction period, it will be interesting to see what happens to the Ask Price versus Actual Transaction Price spread as, for the first time, over 50% of tracked models (representing over 60% of the tracked inventory) have posted an ETP Ratio in excess of 40%.

Large Jets:Sales activity was healthy, decreasing the Inventory fleet by 3.6% (15 units), but Quality Rating while worsening a little remained in the ‘Excellent’ range at 5.366.

Maintenance Exposure improved/decreased 2%, but was insufficient to compensate for the group’s latest record low average Ask Price, resulting in degradation of the ETP Ratio.

Medium Jets: Sales activity was sufficiently healthy to decrease Inventory by 3.5% (20 units) but the group maintained a ‘Very Good’ Quality Rating at 5.082.

Maintenance Exposure posted a 0.5% improvement, but the group’s 1.5% average Ask Price reduction led to a 12-month high ETP Ratio. Asset Insight continues to believe that Q4 will be an active sales period for this group.

Small Jets: This group maintained, by a very slim margin, an ‘Excellent’ Quality Rating at 5.288 as the tracked fleet’s inventory decreased by a substantive 4.8% (24 units).

Maintenance Exposure increased over 7.8% to another 12-month peak/worst figure and, with average Ask Price dropping 5.9% to a 12-month low figure, the ETP Ratio rocketed to the group’s 12-month worst/highest number.

Turboprops: The group’s Quality Rating fell to 4.871, just above the 12-month low figure, but remained in the ‘Good’ range as tracked inventory decreased by 4.6% (15 units).

Maintenance Exposure improved/decreased by 0.6% to remain slightly better/lower than the 12-month peak figure posted in August.

While average Ask Price only dropped 1.7%, it was sufficient to drive the ETP Ratio to the group’s 12-month high/worst figure. Viewed in relative terms compared to the other three groups, Asset Insight believes Turboprop values have stabilized and offer as proof the nominal 3.1% drop YTD. 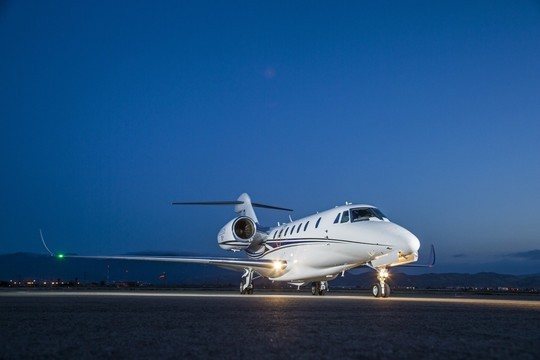 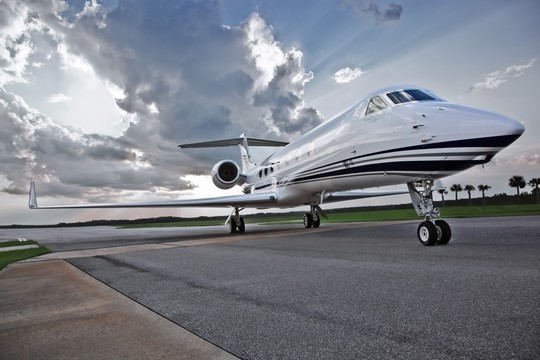 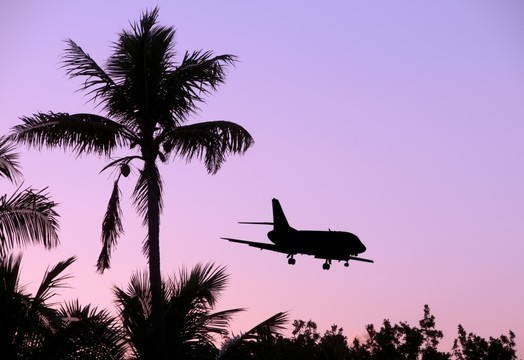