eVTOL and the Future of Business Flying (Part One)

In this three-part series, Fabrizio Poli takes a good look at the electrical Vertical Take-Off & Landing (eVTOL) market, similar flying machines, and how they fit in to the future of business flying.

Personally, I see many similarities when it comes to eVTOL development with the Very Light Jet (VLJ) craze at the start of the millennium. Like the VLJ market, most of the companies developing eVTOL projects have never designed, built, tested, certified, produced, and supported an aircraft.

Combine this with their lack of information on prices, operating costs and inability to show a real business case, could we be set to witness several more financial disasters? After all, the VLJ buzz had a failure rate of 95%, with just the Hondajet and Embraer Phenom 100 surviving, joined later by the Cirrus VisionJet.

Despite Covid-19 lockdowns having a knock-on effect on the global economy, in particular the travel industry, total global wealth grew 7.4%.

According to the Credit Suisse Research Institute’s 12th Global Wealth Report, published recently, wealth creation in 2020 stayed immune from the various global challenges, thanks to the actions of governments and central banks to mitigate the economic impact of Covid-19.

With the number of millionaires worth at least $56.1m rising to 5.2 million globally, according to Credit Suisse research, last year, more than 1% of adults worldwide became millionaires – fueled by recovering stock markets and increasing house prices.

More importantly for the private jet market, the number of Ultra-High Net Worth Individuals (UHNWI), defined as those with investable assets of more than $30m, grew by nearly a quarter (24%) in 2020 – the fastest increase since 2003. So where has some of this ‘new wealth’ gone?

Well over $1.3bn has been invested in the eVTOL sector, an 80% increase compared to 2019. The Global eVTOL Aircraft Industry Analysis, by BIS Research, projects the market will grow at a significant CAGR of 13.75% during the forecast period from 2025 to 2035. Morgan Stanley predicts that the market for eVTOLs will be worth $1 trillion in 2040, but as much as $9 trillion by 2050.

The North America region is expected to dominate the global eVTOL aircraft market in 2025, whereas Asia-Pacific is expected to have the highest growth rate during the forecast period.

According to the World eVTOL Aircraft Directory, there are over 483 different flying machine projects worldwide and many of these have been well funded. The main reason people fly by private jet and/or helicopter is to save time. The main competitor of the eVTOLs is the helicopter. Helicopters are very expensive to fly and make a lot of noise. The advantage eVTOLs will bring to the market are lower operating costs, less noise, and being more environmentally-friendly. 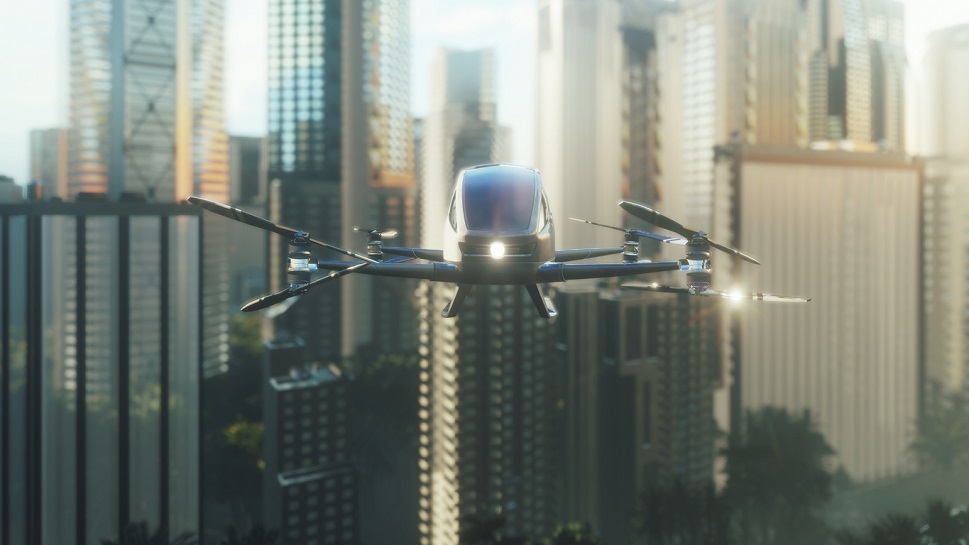 Could the electrically-powered flying machines transform aviation in the 21st century the same way the jet engine did 70 years ago? Could this new industry turn helicopters into artifacts in a museum?

Two leading leasing companies are Air Lease and AerCap, whose executives have expressed hesitancy about jumping into the electric aircraft segment. John Plueger, Chief Executive of Air Lease, said, “We just don’t see the business case yet. We don’t have enough information to really make a meaningful determination,”

Still, he says, Air Lease continues “to look seriously” at the segment.

Meanwhile, Aengus Kelly, Chief Executive of Irish lessor AerCap, said lessors need aircraft they can economically transfer between airline customers, including those in different regions of the world. He believes “electric powered vehicles are coming”, but when, and what missions they will ultimately perform, remains unclear.

“The timeframe, what their missions will be, and as to whether or not they can be commercially-sized aircraft that can carry humans – that’s another matter altogether,”

Nevertheless, another leasing company, Avolon, recently threw itself into the electric aircraft ring by committing to purchase up to 500 of Vertical Aerospace’s VA-X4 eVTOLs. Avolon, which pegged the deal’s potential value at $1.25 billion, has also become an equity investor in Vertical.

Survival of the Fittest: The Route to Certification

There is no doubt that eVTOL would bring ‘environmentally-free’ travel, lower costs, and offer the convenience of landing and taking-off vertically.

The applications of this technology are many: From flying passengers from their homes to their private jets at the airport, to flying emergency medical supplies into remote locations, and many others. All of this would seemingly be at a fraction of the cost of a helicopter.

Many of the eVTOL companies are making enticing claims, attracting a lot of investor capital. However, before we see these flying machines become part of our everyday lives, there are various obstacles that need to be overcome, including:

We are so used to all airplanes and helicopters looking pretty much the same; it is fascinating to see the many different shapes and sizes of the eVTOL aircraft. 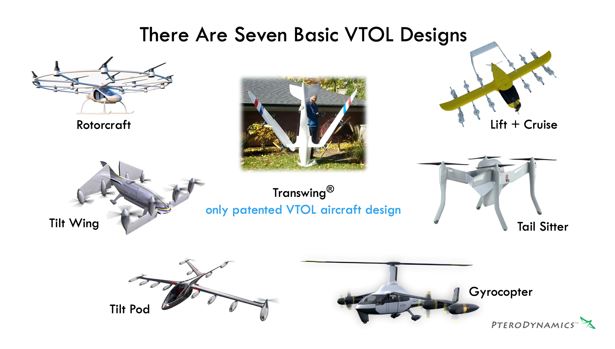 The question is, how many of these 483 projects will get certified and make a good return for investors? One of the first challenges regarding certification lies in the number of motors.

This all then needs to be replicated in different weather conditions and will obviously take time to assess.

Another factor regarding certification are the pilot qualifications, first and foremost deciding if you need a helicopter or a fixed-wing licence to fly an eVTOL – or will a whole new licence be created? Artificial Intelligence flying these machines will eventually happen, but that is probably ten years into the future, in the meantime human pilots are needed.

Moreover, managing to lift-off and land vertically requires a lot of power, and this will require certain battery technology. If you are using a lot of battery power for take-off, this translates into less range. Consequently, some companies are opting for a hybrid solution for their powerplant, allowing VTOL and longer ranges.

Joby Aviation, as well as producing their own eVTOL, plans to run its own eVTOL air taxi services in the US, and it's now working to vastly expand its take-off and landing options, signing new partnerships that will let it put vertiports on top of multi-level parking lots across America.

Looking at the various projects, some think that the companies with more funding are the ones that will succeed. To use a football/soccer analogy, it isn’t always the team with more money and best players that wins the trophy. I believe that designs leading to quicker certification will be the winners.

Over the next two articles, we will take a look at some of the most interesting players in this space. Stay tuned!