How is the Sellers’ Market Shaping BizJet Activity?

According to a selection of business aircraft dealers and brokers, the current sellers’ market isn’t slowing down private jet and turboprop sales. Discover what the anecdotal evidence reveals of today’s market. Dave Higdon reviews… 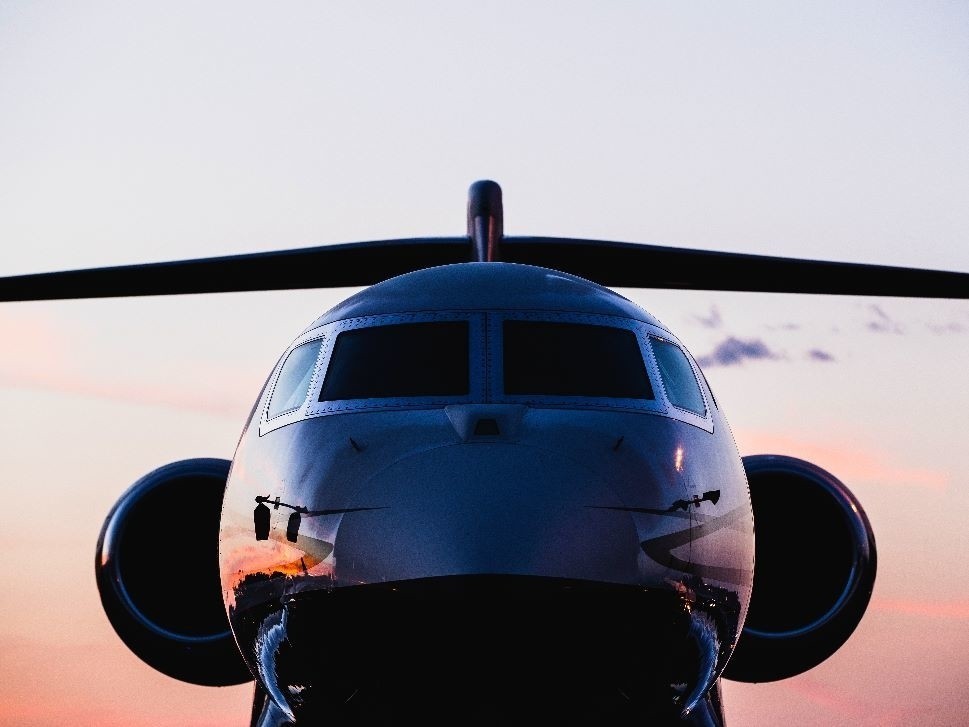 According to a selection of business aircraft dealers and brokers, the current sellers’ market isn’t slowing down sales. Discover what the anecdotal evidence reveals of today’s market. Dave Higdon reviews…
As we enter Fall 2018, one factor continues to drive prices in the used business jet and turboprop markets: Supply. Tight supplies constitute a sellers' market, edging prices upward while the bargains are drying up.
Expect this status to last if operators continue to increase their utilization at the high levels they’ve flown so far this year.
With deliveries of new business aircraft up slightly (thanks to a big boost in turboprop shipments against flat business jet sales) and retirements at a low ebb, the business aircraft fleet continues to grow incrementally. New users of business jets absorb the capacity increases and help boost operations, all while assuring the used jet and turboprop market remains tight.
Supply Shrinkage Continues

JETNET's recent market summary for the first half of the year revealed only a tiny gain in used business jet sales (0.2%), while turboprop sales matched the first six months of 2017. Jets sold faster (by 26 days), while turboprops sold more slowly (by 13 days).
It's in the percentage of the fleet available ‘For Sale’ that we see where the squeeze comes into play, though. Only 9.1% of the business jet fleet and 6.6% of the business turboprop fleet were available ‘For Sale’, down 1.7% and 1%, respectively.
Meanwhile flight hours increased among Large-Cabin jet operators by 3.8% in H1 2018; Mid-size jets flew 2.9% more; Turboprops increased their hours by 1.9%; and Light jets logged a 1.5% utilization increase.
Together, the numbers paint a solid picture of demand outpacing supply, sustaining the tight market of today. Forecasts point to a near 1% gain in operations for Q3 2018 and higher growth in Q4.
Utilization and Demand Matching
A number of dealers and brokers around the country indicated that demand for Large-Cabin jets – though dropped from its peak of a few years ago – remains healthy, but below the current demand for Mid-size jets. Interest in Light jets remains lower.
“If there's a notable change overall,” offered a West Coast broker, “it's in the international markets. China is still the most-promising of the Pacific Rim countries, but their interest seems to have plateaued from what it was four to five years ago.
“We believe that's because would-be operators are waiting for airports development to start catching up with the need.”
An East Coast dealer observed something similar for Africa and the Indian Sub-continent: “Infrastructure and security need to catch up before we can expect those markets to resume their previous levels of buying activity.” 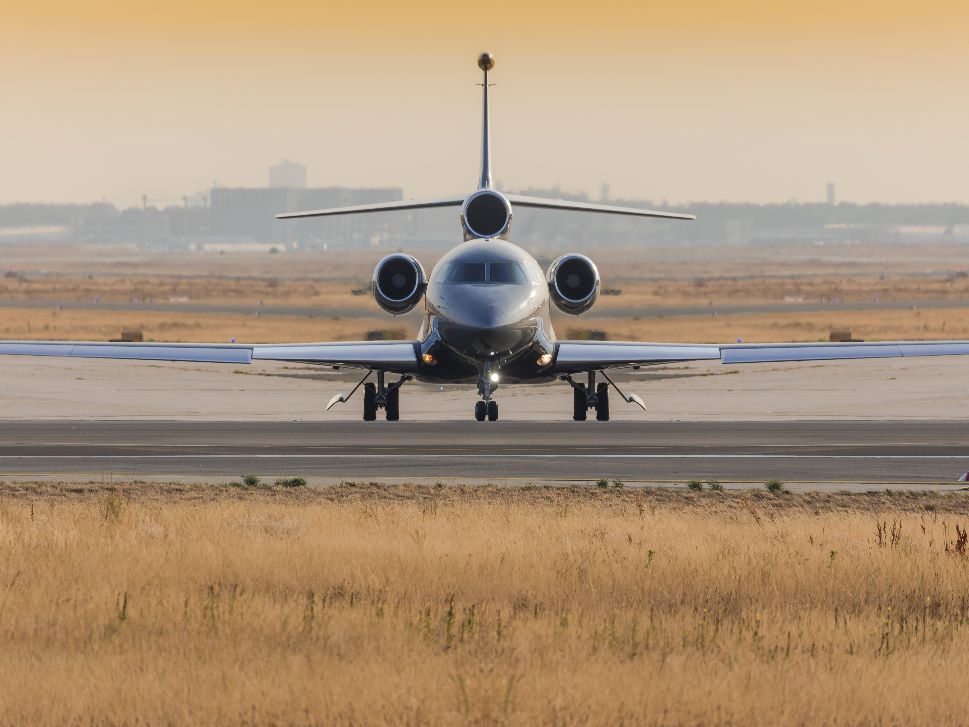 Sitting on the Sidelines...
A Midwest broker noted that one of his clients wants the right deal on a Light jet while another wants the “best deal possible” on a single-engine Turboprop. “It doesn't happen often but both of these prospects/buyers asked us to help them arrange lift when they needed it while taking a measured approach to finding them their aircraft.
“One is wet leasing an aircraft and crew, the other is using charter. Neither wants us to rush into a deal for the sake of finishing a deal,” he explained.
“If you look at some of the smaller, more-regional fractional programs you should notice that they're continuing to sustain growth, adding members, growing operators and converting some would-be buyers into confirmed fractional owners,” noted a broker from the mid-Atlantic region.
“One of these clients thought they wanted outright ownership but couldn't find the deal that fit their finances and decided to go with a regional fractional provider. They discovered that the finances and utility made better sense for them than outright ownership.
“Someday they may reassess their fractional position and decide the time is right to become a sole owner. We'll be here to make that deal for them.”
[Meanwhile, yet another new regional fractional operation launched its business in early September. Jet It, a HondaJet operator based out of Greensboro, North Carolina, plans to station its HondaJet fleet up and down the eastern seaboard, giving would-be operators yet another option for using a fast, low-cost business jet.]
Another broker in the western US made a prospect happy by suggesting a fast Turboprop single – with options available – when his firm couldn't find a Light jet to satisfy the prospect. “We had a couple of close-but-not-quite candidates, but at one viewing, a big Turboprop single taxied up, the client looked it over and liked its space better.
“We showed him that the turboprop made the jet trip in only 15 more minutes, on about 25% less fuel. And the client got an airplane for less than they’d planned.”
It's not That Nobody's Buying...
The elements of a sellers’ market (high demand, small supply) usually include higher selling prices, putting a drag on sales. But that drag seems absent this time, according to our dealers and brokers.
“We're in this tight market because people are buying – in spite of paying more than they wanted or planned,” explained our West Coast broker. “If no one bought, asking prices would start going down – or at least stop going up. And that's not what's happening here.”
Prospects lucky enough to find what they want at an acceptable price point seem averse to dallying and exposing their deal to the risk of another buyer bidding up the price – so that buyer can get what they want and move the process ahead.
Meanwhile, some prospective buyers continue to watch from the ramps, knowing that several new models nearing certification and delivery will shake loose some attractive late-model, well-equipped and low time trade-in aircraft.
But many of those jets will have ready buyers queued up. “They won't stay on the market long,” observed the East Coast broker. “In fact, don't be surprised if many of them never show up as actively being ‘For Sale’. There’s a good chance that sellers will have already found a buyer patiently waiting for the old jet to move out of its hangar, making room for the new jet.” 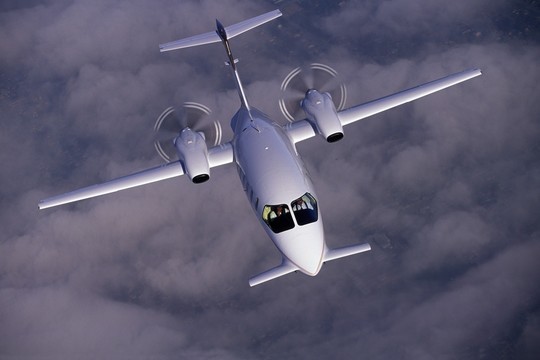 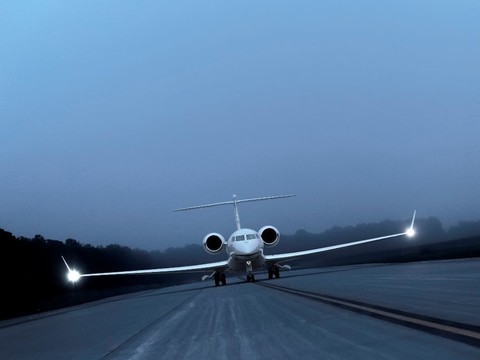 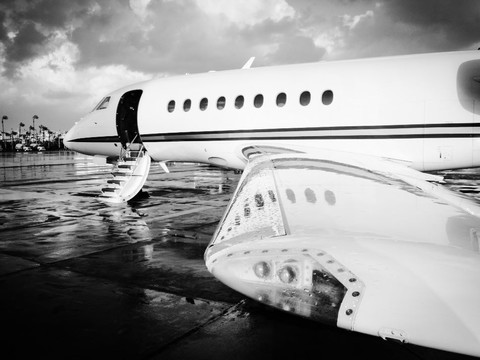