What are the Used Aircraft Sales Trends?

Vref’s Fletcher Aldredge considers the inventory of used aircraft ‘For Sale’. What will he uncover about aircraft value?

Fletcher Aldredge is the former publisher of the Vref Aircraft Value Reference, the industry’s...

Vref’s Fletcher Aldredge considers the inventory of used aircraft ‘For Sale’. What will he uncover about aircraft value?

The number of aircraft ‘For Sale’ can directly impact the sale price of the aircraft. Looking at the inventory as compared to one year ago, in general, the inventory numbers are decreasing. Some aircraft are even getting to the point where it’s difficult to find a good one ‘For Sale’.

The ‘good aircraft’ tend to be US-registered, have great maintenance history and the correct equipment. (Equipment will vary depending on what aircraft you are looking for, but may include negative items like an aft galley or outdated avionics.

Price is still a major factor, but may not be as much of a driving force as it has been in recent years.

After the US election and the ‘Trump Bump’, there has been renewed excitement and an increase in activity for both General and Business Aviation. (That’s not to say that they are related, it’s a simple observation.)

With activity levels rising and inventory levels declining, there’s a fresh energy and much needed boost in confidence. 2017 was a year of much anticipation. Judging by what we are seeing, it generally did not disappoint.

Table A includes only 2010-model aircraft. As always, it’s important to remember that each serial number is unique, and values can vary greatly. (Simply put, there are too many variables to consider all in one table.) ‘Percent of New’ is a comparison of the original MSRP in 2010 to Vref retail values as of Q4 2016 and Q4 2017.

Bringing up the bottom is the G550 and Agusta AW119KE which have lost 9% and 11% respectively this year. However, this isn’t necessarily an accurate representation of the current market. The G550 percent of fleet ‘For Sale’ is down from 7.7% to 3.7%, which is a drastic improvement.

Keep in mind, some yearly depreciation is expected, and this is only a small sample of 41 different aircraft models.

If we look at the percent of new from Q4 2017, there are a total of 14 models that are still 70% or greater of their new value. This means that these 14 models are depreciating at an eight-year average of 3.7% or less. 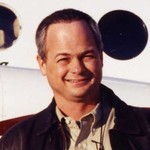