Where is Business Aviation Heading in 2019?

OGARAJETS’ Johnny Foster spoke with AvBuyer’s Rebecca Applegarth to discuss some of the current trends in the Business Aviation marketplace and offer insights on where the aircraft sales market could be heading in 2019…
Johnny Foster, President and CEO, OGARAJETS grew up around Business Aviation. His father, John Foster III, known as the ‘World’s Greatest Fighter Pilot’, retired from the US Navy in 1973 and moved directly into Business Aviation. Johnny and his brother David have many early memories of playing around aircraft in the hangars and flying as their father’s co-pilot on both business and personal trips.
John Foster III formed O’Gara Aviation Company in 1980 with a Naval squadron mate Ed O’Gara, and Johnny joined the team in 1991 just after the company had purchased three Gulfstream GIIs and the outbreak of the Gulf War.
Those were challenging times for a small family business, but tenacity and commitment saw it emerge through recession with its head above water and grow from Turboprop and Light Jet sales into heavy aircraft.
With almost 30 years in the industry, Johnny has experienced up and down cycles in aircraft sales, was appointed president of the company in 2006 and oversaw the rebranding of his business as OGARAJETS in 2013.
Now, at a time that he notes a lack of transparency in much of the industry (with back-to-back deals and ‘flip’ structures common), Johnny points to his father’s vision for the company which has never faltered: “Family values, unquestioned integrity, personal relationships, and roll-your-sleeves-up hard work remain at the cornerstone of our commitment to clients and assurance of continued success,” he offers.
Since its formation, OGARAJETS has completed roughly 1,100 transactions in over 60 countries, totalling more than $5bn in market value. Services offered by OGARAJETS range from sales, brokerage and acquisition to management, leasing and flight operation services.
Tapping in to his vast experience of the pre-owned business jet marketplace, AvBuyer spoke with Johnny to get his perspectives on where the market is, and where it’s going as 2018 draws to a close…
AvBuyer:A review of AMSTAT data released in October representing used aircraft sales between January-August shows the percentage of Heavy/Large Jets for resale to be at its lowest since 1998.
Notably the biggest improvement in turn-over YTD was in the Large Jet ‘mid-age’ segment. What does this tell you about that market, and how do you see the scenario playing out as we move into 2019? 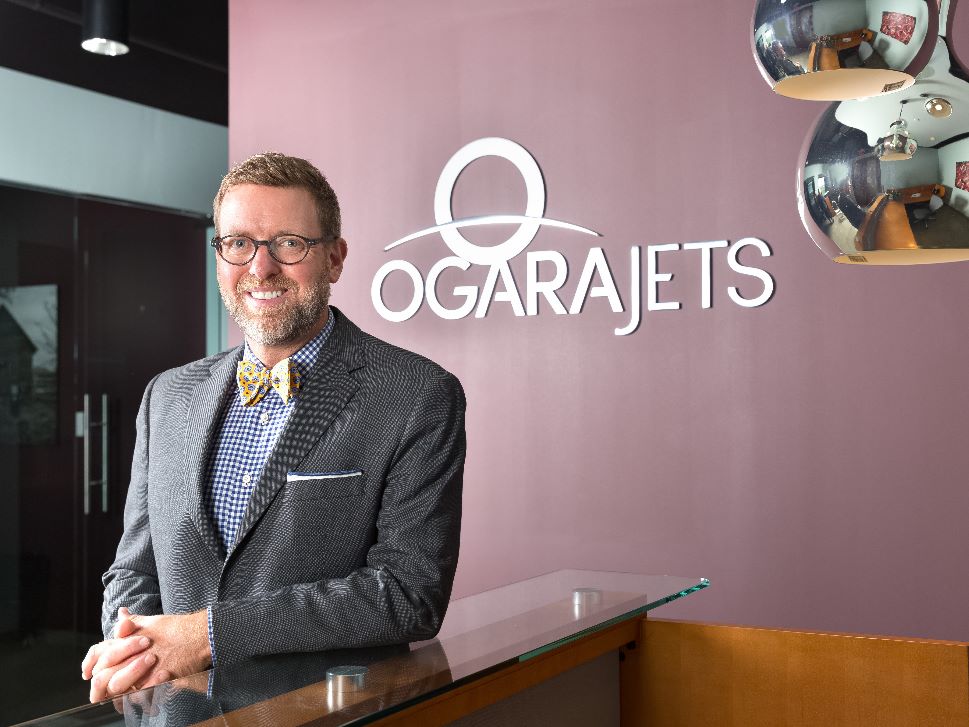 Johnny Foster, President & CEO, OGARAJETS
Foster: More than anything, I believe the positive statistics of the pre-owned space reflects a high level of confidence that remains in the market, and that today’s prices (which largely have been compressed over the previous eight-plus years) represent unimaginable values.
As for the Large Jet segment, a quality turnkey aircraft, fully programed, and capable of flying 5,000-plus miles for less than $10m? Wow! There are some tremendous transportation values in this space across all makes and models, especially those aged under 20 years.
The OEMs have largely remained disciplined in their new jet production, which has helped to strengthen the jets aged less than five years old. This is one of the few segments we have actually seen prices rise over the previous 12 months. This thinning supply and strengthening of prices are now opening the door to ‘recovery’ for the six-to-15-year-old space, as AMSTAT is reporting.
While the transaction pace remains feverish, and good quality aircraft that are priced appropriately are selling quickly, the value opportunities remain. Buyers in today’s market must be prepared to move quickly when the right opportunity presents itself. There could never be a more appropriate time to engage a trusted professional to guide purchase efforts and success.
Let’s not overlook that the ‘Tax Cuts and Jobs Act’ has imparted a very measurable and positive impact on the pre-owned aircraft marketplace. We believe the market will continue to enjoy a continued boost into 2019 and beyond.
AvBuyer: At the other end of the market, AMSTAT says the Light Jet fleet for sale is at 10.8%, down 0.7% from this time last year. Can you see a point in the next year or so where the Light Jet market actually moves into traditional sellers’ market territory (i.e. <10% for sale)?
Foster: Business Aviation is not immune to Business 101 lessons of supply and demand. As values across the board have compressed significantly over the last decade, buyers today can simply purchase ‘more’ cabin for the same dollars. So, much of the Light Jet market has continued to lag in transaction flow.
All the while, the OEMs in this segment continue to produce significant numbers of new aircraft of many varieties. There simply is not the demand to absorb the supply. Price compression, or market depreciation will continue.
With that said, looking on a micro-level, there are some specific over-performers in this space, namely Embraer’s Phenom 300.
AvBuyer: Price depreciation has been a hallmark of the used jet market since the great recession. What needs to happen for values to increase again, beyond the newest, best conditioned aircraft on the market?
Foster: This is an interesting thought. Until the collapse in 2008, most owners experienced at least a level (even a rising) value over the term of their ownership. Sure, there were dips in the economy that drove values down in spurts, but most were short-lived and generally owners enjoyed an appreciating asset.
This really made owning aviation assets fun and often ‘justified’. Value appreciation was so common that it took several years after 2009 for me to stop apologizing to clients for their aircraft values slipping.
By 2014, it was clear annual depreciation was here for good, similar to virtually every other piece of capital equipment. Today, in very general terms, we see annual depreciation of over 10% per year for less-than five-year-old assets, trailing down to 2-3% annually on aged assets.
The positive transactions over the last 18 months have begun to flatten the curves, but I am confident depreciation is here to stay and should be factored in any purchase decision. 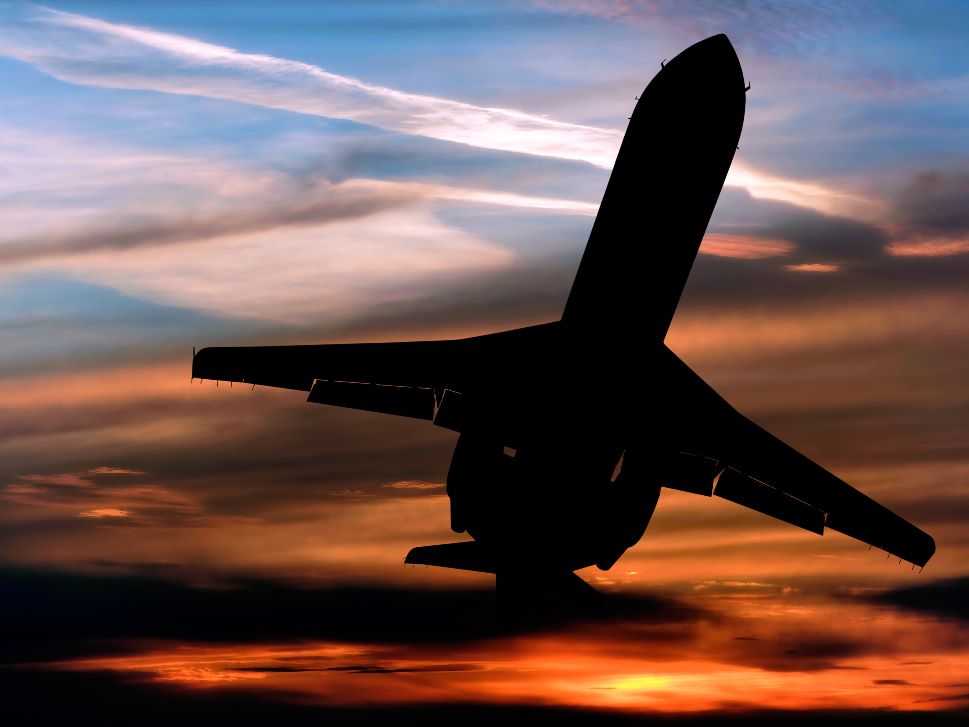 AvBuyer: In which segments of the market would you expect to see higher demand in 2019?
Foster: I believe the Large Jet sector will remain a point of focus, driving all markets. Each of the OEMs have some amazing launches planned for 2019; significantly more speed, range and comfort all in one package! I suspect there are some more announcements coming, too – though only time will tell…
We also like what we’re seeing with some of the ‘disruption’ now present in the Super-Mid-Size sector; jets with capacity to fly eight passengers over 3,500 miles at a fraction of the capital and operating costs of the Large Jet market. There’s some tremendous value all around.
What do I see ahead for 2019?
Our enjoyment of favorable conditions remains very closely tied to domestic and global environments. So we’re keeping a careful eye on a stock market that has been on an almost eight-year bull run.
In addition, with US mid-term elections that just can’t seem to settle, tariffs being shuffled between global super-powers and ADS-B mandates that are now just 13 months away – there are many factors at play that could influence the pre-owned market for better or worse in 2019.
More information from www.ogarajets.com