New Aircraft Technology: What's Next for the OEMs?

The latest business aircraft now entering service are introducing new cabin and flightdeck technologies to enhance passenger comfort and ease pilot workload, says Chris Kjelgaard. What are these technologies and what further advances in the future do they presage?

For instance, both Bombardier and Gulfstream are offering circadian rhythm-based cabin lighting systems in their top-of-the-range Bombardier Global 7500 and the Gulfstream G700 Large Jets, respectively.

According to Bombardier, the Soleil lighting system in the Global 7500 is the aviation industry’s first circadian rhythm-based cabin lighting technology to be fully integrated with the aircraft’s Cabin Management System (CMS).

Soleil includes a dynamic daylight simulation feature, which Bombardier claims is revolutionary in helping to combat jet lag. It uses specific combinations of red and blue light wavelengths scientifically shown to help stimulate or suppress the production of melatonin, which assists in regulating the sleep-wake cycle, and can help contribute to synchronizing passengers’ circadian rhythms to the time at their destination.

Soleil can also be customized to a passenger’s preference for either extended sleep or productivity, via the system’s circadian adjustment setting. And the lighting system can be programmed to schedule the optimal times for meal services, allowing the cabin crew to prepare and plan meals more efficiently.

The Soleil lighting system is fully integrated into the Global 7500’s nice Touch CMS, which features the unique Bombardier Touch dial. According to Bombardier, this dial marks Business Aviation's first application of an OLED display.

Always within reach from the passenger’s seat, it rises from the side ledge with the touch of a finger to provide rapid control of entertainment and cabin settings.

The all-new lighting system in the Gulfstream G700, meanwhile, simulates sunrise and sunset, to help adjust passenger’s circadian rhythms and minimize fatigue. The light levels the system offers can go from 0.1% to 100% through 68,000 light steps (compared with the 300-400 of other business jets), says Colin Miller, Senior Vice President Innovation, Engineering and Flight for Gulfstream Aerospace.

“Our system mixes warm and cool white light with amber LED to better simulate natural light and incorporates more than 20,000 high-definition LEDs in the main cabin alone,” he adds. “As a result, passengers can ease into their new time zone, greatly reducing the physical impact of traveling around the world.”

Bombardier, Dassault and Gulfstream have all adopted a very similar functionality and technology upgrade in the flightdecks of their Global 7500, Falcon 6X and G700, respectively.

All three are fitted with dual head-up displays (HUDs) for the pilot and co-pilot, and in each case the dual HUDs can display the combined output of the Enhanced Vision System and the Synthetic Vision System each flightdeck offers.

Perhaps unsurprisingly, larger and more expensive aircraft such as Dassault’s Falcon 6X and the Gulfstream’s G700 are making initial use of some of these eye-opening and technologically advanced innovations, but OEMs appear to be planning subsequently to adopt them throughout much – or all – of their production lines.

Gulfstream’s introduction of new plasma ionization technology to ensure that cabins are properly sanitized—both in-flight and on the ground—provides a good example. Gulfstream’s new system purifies the cabin air and surfaces and is now standard on all new US-registered G650s and G650ERs. 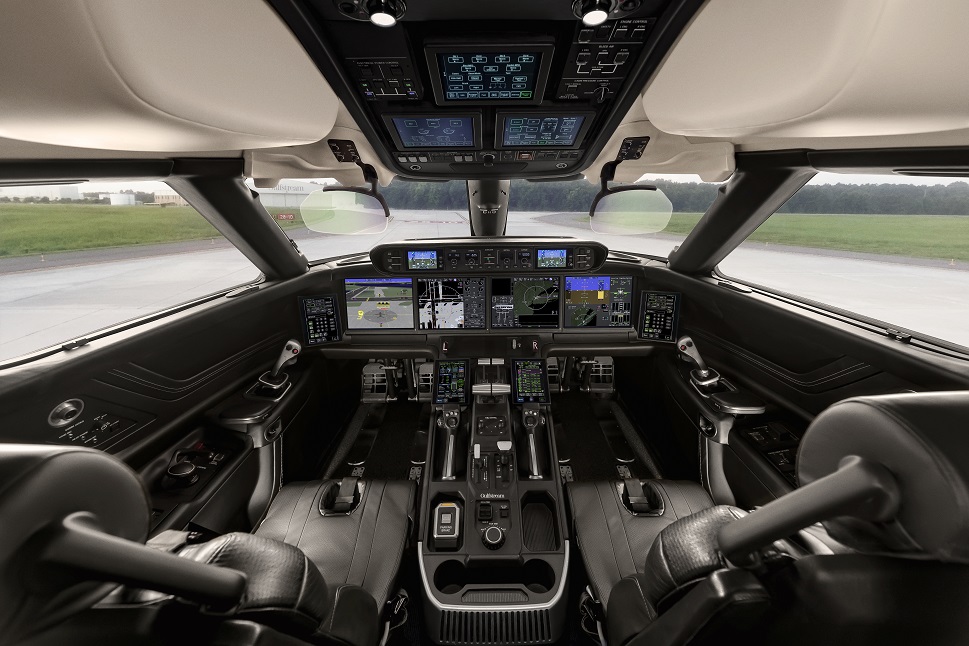 Miller says the Symmetry Flight Deck marks the civil aviation industry’s first use of electronically-linked active control sidesticks (ACS), as well as the most extensive use of touchscreen technology to date, the next generation of Gulfstream’s EFVS, and a robust and highly redundant data concentration network (DCN).

Because the two ACSs (supplied by BAE Systems) are electronically linked, pilots can instinctively feel each other’s control inputs or the inputs from the autopilot, according to Miller. This tactile feedback provides non-verbal communication between the pilots and produces an unprecedented awareness of flight control inputs.

The touchscreens replace 70% of the buttons and switches on a traditional aircraft’s instrument and flight control panels and they incorporate single-step control of multiple checklist items, decreasing the possibility of errors associated with touching multiple switches and buttons.

Meanwhile, the DCN constantly monitors all systems on the aircraft, providing pilots with instant awareness of potential problems, simultaneously and automatically switching to redundant systems when necessary. This improves reliability and reduces the possibility of a single failure affecting aircraft operations, according to Miller.

The Symmetry Flight Deck on the G700 also includes Gulfstream’s patented Predictive Landing Performance System, which provides in-flight visual and aural notifications to the pilots. With the PLPS, pilots have ample notice either to adjust their approach or execute a go-around to prevent a landing overrun, a tremendous safety advantage. 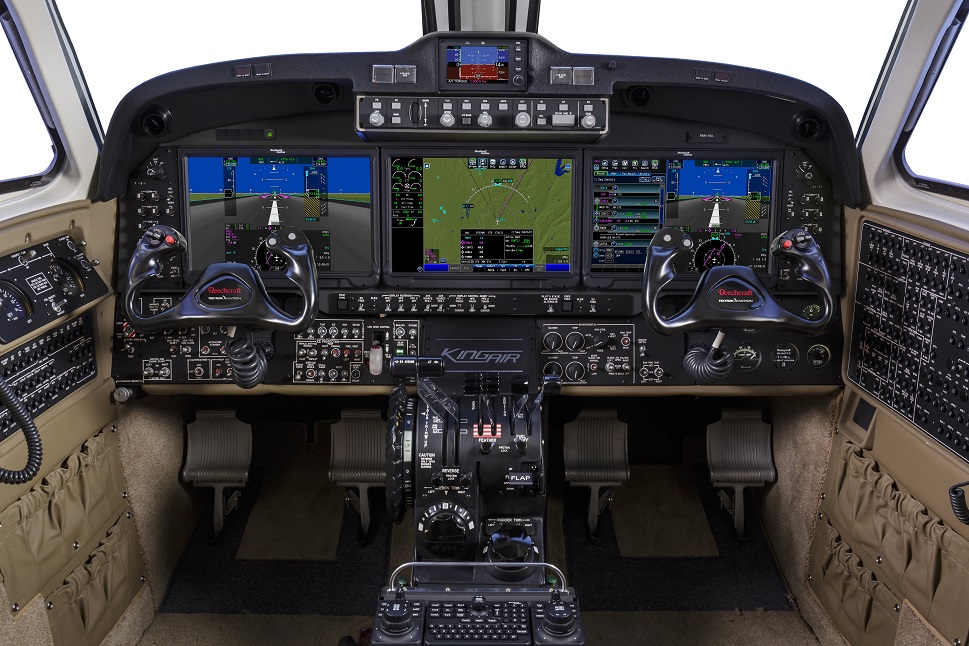 Not to be outdone, Textron Aviation has installed ThrustSense Autothrottles, made by IS&S, in the Beechcraft King Air 360, as well as in the aftermarket for King Air 200- and 300-series aircraft.

According to Christi Tannahill, Senior Vice President, Customer Experience for Textron Aviation, this enhancement reduces pilot workload and supports them in their continuous vigilance to prevent over-speed or under-speed, over-temp and over-torque conditions.

The King Air ThrustSense Autothrottle enables automatic control of engine power settings by computing and adjusting to the maximum safe power levels, with precision not practicably achievable by the flight crew.

Textron Aviation sees passenger-experience factors as being critical in the continuing technological evolution of business aircraft cabins. “In-flight entertainment and personal electronics evolve at an incredibly rapid pace,” Tannahill notes. “Consequently, we are constantly designing and evaluating what is ‘next’.

“From the latest audio system to the next generation of CMS, the ways passengers experience the cabin impacts all those categories and are constantly being improved.”

As regards the technological evolution of flightdecks, “one of the near-term items we are working on is the incorporation of Controller Pilot Data Link Communications (CPDLC) and Future Air Navigation Systems (FANS),” Tannahill says. “We continually monitor worldwide regulatory mandates to make sure our customers are well-equipped to fly their missions.” 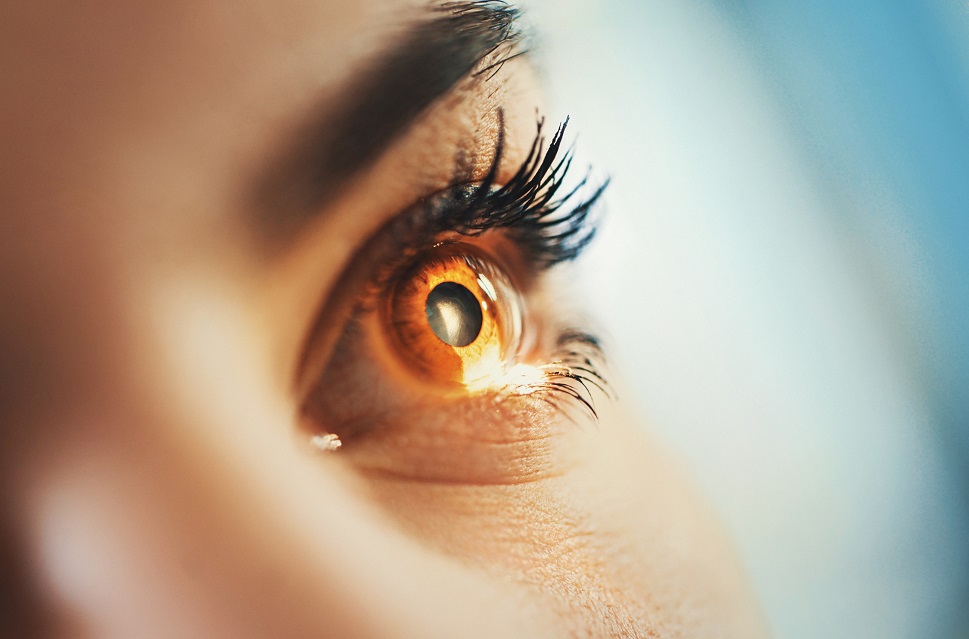 Technologies for the Future

As the future unfolds, Textron Aviation reckons one particular new technology will be relevant to business aircraft of all sizes.

“One thing we see as applicable to all aircraft is the ability to use flight data monitoring,” says Tannahill. “As operators are driven to adopt safety management systems, flight data collection is an essential part of flight crew reporting and performance.

“We've seen the positive impact that Flight Operations Quality Assurance has had on commercial aviation, and with new developments in avionics and data analytics we have the opportunity to use this technology in Business Aviation,” she adds.

“Predictive maintenance, using the LinxUs diagnostics platform, is another area we are exploring as we work to optimize operational availability and reduce unplanned down-times.”

Additionally, over the next five to ten years, “We continue to see connectivity in both the cockpit and cabin as a popular feature for our customers,” Tannahill adds. “We are anticipating advancements in speed and cost as well as global coverage via satellite and cellular solutions.

“This connectivity will serve as a basis to integrate, optimize, automate and enhance productivity solutions. Additionally, flightdeck automation is a rapidly changing technology that will certainly have an impact on Business Aviation.”

Having established a decades-long reputation for technological leadership, Gulfstream has a beguiling – almost magical – view of what business-aircraft passenger cabins may offer in the foreseeable future.

“We expect to see Gulfstream cabins becoming even more intuitive and really changing the relationship and interaction passengers have with the cabin—the cabin will know and recognize each passenger,” Miller projects.

“Cabin systems may be able to detect eye movement and anticipate needs to reveal a hidden monitor on the bulkhead, for instance,” he says. “If a passenger looks at a certain light, the system will automatically make it brighter or dimmer—it will know what each passenger wants, and will convey information by giving the passenger the ability to feel light and sound through feedback in material surfaces.

“The cabin could also be truly wireless, with hidden technology controlled by sensory perception, eliminating the need for switches and controls,” he concludes.

Eyebrow-raising thoughts, indeed—but given Business Aviation’s impressive track record of cabin and flightdeck innovation, it seems more of a matter of when these advances will appear, rather than if…