The Private Jet-Makers Overcoming the Odds

Recent stories in the industry highlight yet again how innovative and resilient Business Aviation’s OEMs are to tackling design and certification barriers. Dave Higdon looks at industry progress… 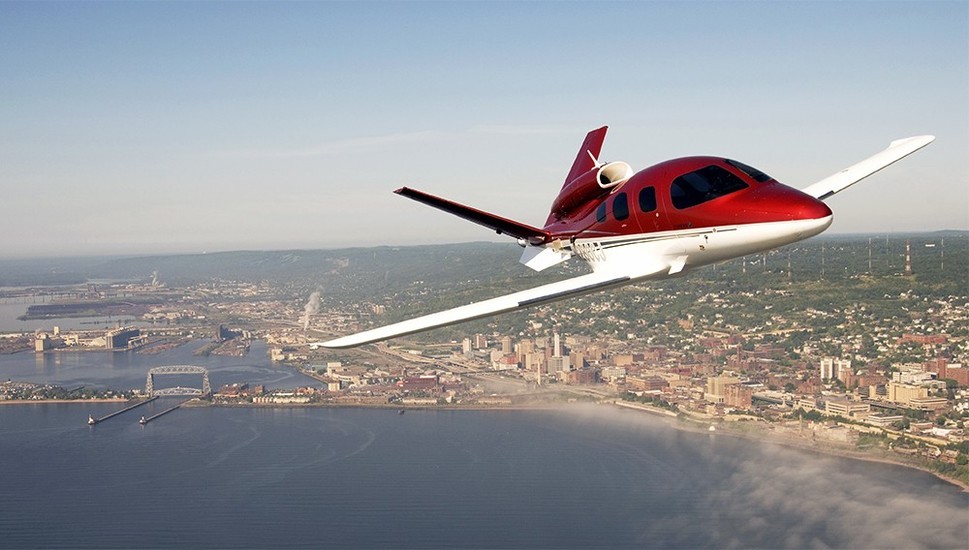 Never bet against the innovators of Business Aviation

Stories emerging from the industry recently have highlighted yet again how innovative and resilient Business Aviation’s OEMs are to tackling design and certification barriers. Dave Higdon looks at industry progress…

Back in 1998, it was my privilege to witness Jane Garvey, then administrator of the FAA, present two brothers with the type certificate for the Cirrus SR20 (the world's first all-composite personal aircraft equipped with a whole-airplane emergency parachute system).

The conventional wisdom leading up to that certification held that Alan and Dale Klapmeier's dream would (a) never fly; (b) never achieve certification; (c) never enter production; and (d) never sell. Just by talking to each other, this crowd knew – just knew! – that pilots wouldn't want to surrender 60 lbs of payload to that parachute…

Some predicted that the few buyers would immediately remove the Cirrus Airframe Parachute System (CAPS)… until it was pointed out that the airplane was certificated with the parachute.

A decade later, the naysayers lit up again when Cirrus joined what became a field crowded with developers of single-engine jets.

“Can you imagine any CEO wanting to fly a single-engine jet,” one engineer and test pilot for another major airframe OEM sneered. “It'll fly but it'll never sell, trust me.” Nine years later the single-engine Cirrus SF50 Vision holds type certificates from the FAA and, as of late May, from EASA. The SF50 won the race to become the first jet single certificated and sold, but it won't be the last.

In late May, Stratos Aircraft announced the completion of the first phase of flight tests for its 714 – another single-engine jet. Stratos announced its program nine years ago, and it's survived some serious challenges. But with the successful completion of 33 flights totaling 52 hours, the 714 earned the removal of the FAA's initial flight limitations, freeing the company to pursue more advanced R&D along with marketing survey activity.

Another supposedly “doomed to fail” project entered another phase of its development this week. It's been about a decade since Aerion Corporation unveiled its unique concept for another long-coveted, long-out-of-reach aircraft: A supersonic business jet.

Once the pet idea of Allen Paulson, the concept of a Sukhoi/Gulfstream SSBJ debuted at the 1991 Paris Air Show. Paulson and Sukhoi never got to the prototype phase of the S-21 SSBJ; with delays, shifting markets and evolving politics between US and Russia conspiring to kill the project. Doubts were aplenty regarding the ability to use supersonic speeds in a world that imposes limits to preclude sonic booms.

Nevertheless, in the past decade Aerion and its aerodynamicists found a way to minimize the boom. A partnership with Airbus resulted in a redesign and orders started stacking up. Now Aerion is working with GE on the use of one of its engine cores to develop the trio of powerplants that will power this Mach 1.5 jet on trips exceeding 4,750nm. Key to the program is an airframe with high efficiency both above and below the speed of sound.

So what are the odds on this project achieving certification? Don't bet against Aerion. Remember Honda was in the jet-developing game 20-years before certificating its “long-shot idea”.

Never say never where Business Aviation’s innovators are concerned. Especially if your company has decided adventurous projects like the 714, SF50 and AS2 “can't succeed – or we'd be doing it,” as one local executive told me about 20 years ago. Aviation only really got off the ground after the Wright Brothers overcame the same kind of shortsightedness.