Aircraft Liens: How to Find and Deal With Them

The world of aircraft liens is a complex place with the potential to pull the handbrake on an aircraft transaction. Dave Higdon highlights some of the variations and complexities to show why an expert in title search should be on the acquisition team… 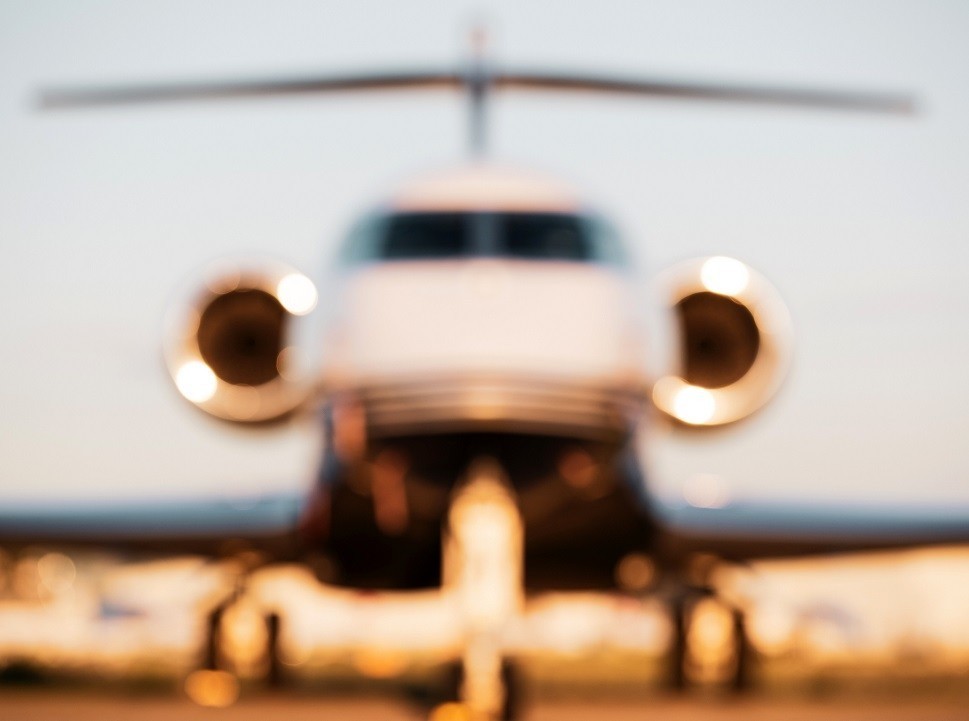 How can you search for, and deal with, potential liens on an aircraft's title? What are the different lien types, and who should help with this area of a transaction? Dave Higdon discusses...

Imagine, this scenario: You’ve undertaken a thorough search of the business aircraft inventory, and found your perfect jet for sale. You’ve secured an attractive finance package, and are awaiting the result of a title search to confirm that the airplane does indeed have a clean title.

In due course, you receive a call conveying bad news: Somewhere back in the aircraft’s past an owner failed to pay a bill, or act to clear up a pre-existing lien. As a result, law prevents the transaction from proceeding until the lien is satisfied.

The entire transaction process comes to a screeching halt before your eyes, and you – as the aircraft buyer – are left in limbo.

There are reasons to take heart, however. Firstly, this condition isn't uncommon, so the specialist acquisition team around you should know how to guide you. Second, a lien on file isn’t necessarily the end of the road for the transaction. Many sales proceed after the parties involved clear the title of the outstanding lien(s).

A lien will, however, serve as a speed bump in the process, and navigating past it slows the transaction’s progress (or, if truly complex, stops progress completely, though not usually permanently).

If the aircraft in question is registered outside the US, getting a clean title search will be more complicated and time-consuming than for an aircraft registered in the US. All of this makes it a process best handled by experts in the field (such as those at AIC Title).

Lien Types Vary According to the Claim

Liens against aircraft typically involve the claim of a financial debt on the aircraft by the claimant. And the types vary. A lien is essentially the right of a non-owner to enforce property possession when a debt is owed.

It’s possible to impose a lien on an airplane if the owner is indebted to another person for maintenance service (among the most common liens), fuel costs, or some other issue. The same applies to an aircraft financing debt – the financier firm can hold a lien on the title.

Further, states within the US can file liens against aircraft for unpaid taxes owed by the registered owner. Or, the unpaid taxes may be owed to other government entities, such as a city or country.

Surprisingly, while among the more common lien types, a mechanic's lien may escape attention in a title search, often because of how it has been filed – and the state in which the lien is owed.

The various states comprising the US have their own regulations and requirements governing the filing of liens (mechanic's and otherwise). As a result, a lien filed in the state of residency – but not with the FAA registry – may not show up in a normal title search of the aircraft’s registry. 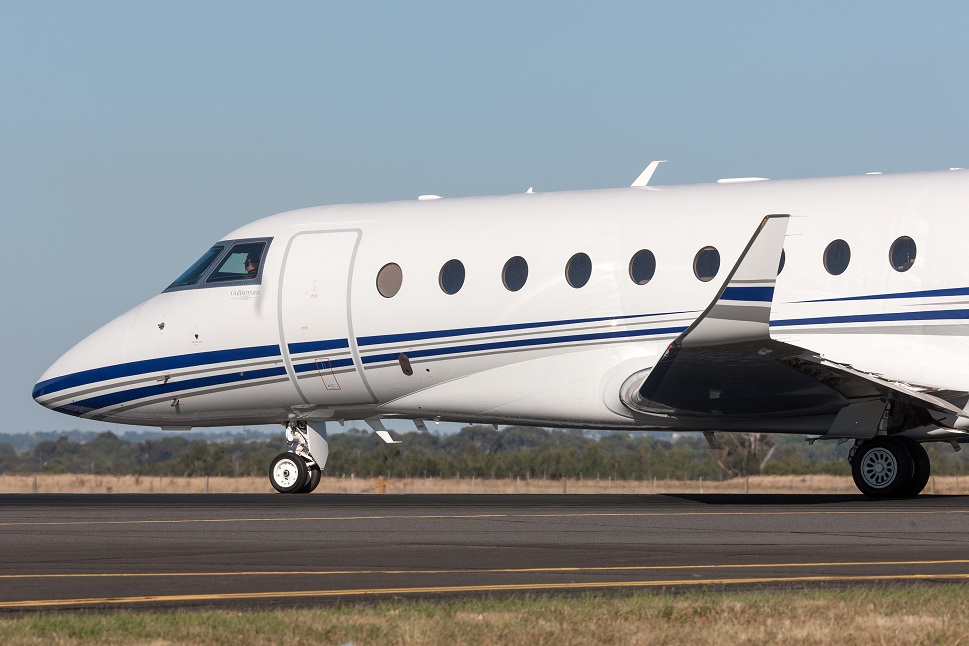 Fortunately, liens typically aren’t a deal-breaker, as long as the lien can be resolved and released by the person or entity that filed it. If the lien is, for example, filed because of unpaid debt or taxes, paying off that debt – or the back taxes – should be accompanied by a lien release clearing the lien from the aircraft’s title.

Complications may arise if the lien-holder has gone out of business, was purchased by another company, or merged with another firm.

Backtracking through the records and history of the lien-holder can take time, costing additional money to eliminate the lien and obtain an appropriate release.

These tend to be the cases in which the professional title-search company will earn its salt, thanks to their expertise in records search, and their familiarity with applicable state laws when the lien is filed with the state as well as the FAA Registry.

Protecting the aircraft against the effects of a lien(s) stands among the main reasons for employing a title search company, which typically employs staff with expertise in accessing FAA records and performing the search needed to uncover and resolve a lien.

The ultimate goal is a clean title – but when multiple liens exist with different jurisdictions, the aircraft owner will need to obtain a lien release from each. Leaving even one unresolved lien can result in a transaction being tripped up by a clouded title.

And this process depends on the FAA Registry having accurate information about the aircraft on file, including the owner of record, the financing company and, if applicable, the correct information regarding the lien.

It’s important to remember that business aircraft travel within the United States freely, without requiring permission from a government entity, and without a public record of the places it visits.

So if a breakdown occurs somewhere other than the location shown on the aircraft title, a mechanic's lien may not reach the owner’s attention without a specific search of that state’s – or city’s – records to turn up the lien.

Beyond the state and local paperwork required to file a mechanic’s lien, the lien holder also needs to contact the FAA Registry to register the lien with the FAA, so it will show up on a search of the Registry.

If the aircraft that’s the subject to the title search is coming into the country from a foreign nation, the would-be buyer should allow extra time for the process of having a search performed on the records of the aircraft in the country where it's registered.

If a lien is in effect on a foreign-registered aircraft, additional time and resources should be allowed as the title-search company acts to clear up the clouded aircraft title.

How to Avoid Late Surprises

Engage with the title search firm early in the process, to help avoid a closing-day surprise. Allow time for a thorough title search – especially when the aircraft has passed through the hands of several owners in the past.

Asking the seller for a record of past title holders can help the title search company get a head start on the new search. And title search companies strenuously advise buyers in an aircraft transaction to ignore advice from a current owner that a “title search was just performed”.

As one title-search veteran put it, “Past searches may have missed a valid lien, and new liens could easily be filed only a few days ahead of an expected transaction closing date – leaving the would-be buyer with a clouded title. That clouded title could invalidate the finance paperwork and the new registration”.

As with so many aspects of buying and owning aircraft, a title search performed by qualified people can be worth its weight in gold. Aircraft title is certainly not an area to scrimp on. 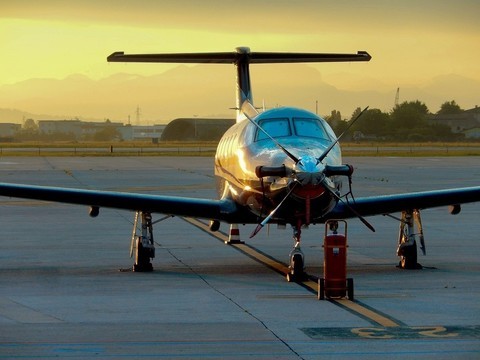 How to Tell if Aircraft Ownership is Right 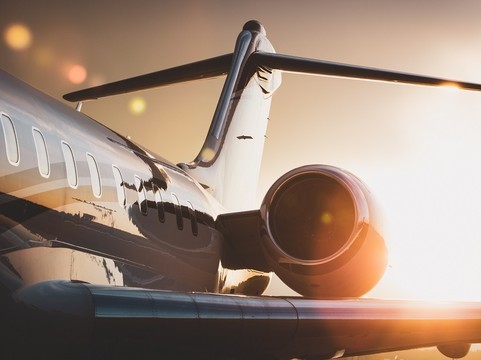 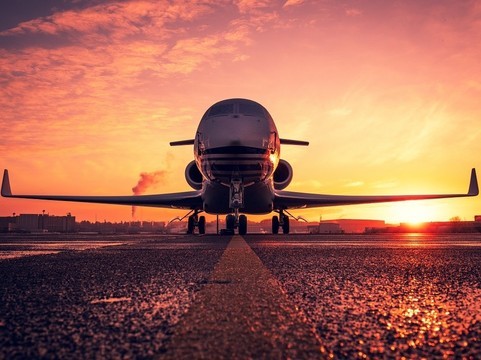 The Private Jet as an Innovator’s Tool 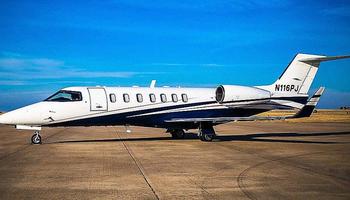 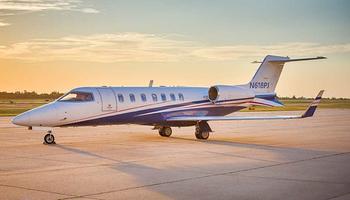 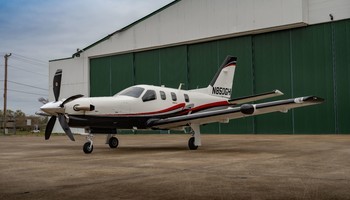