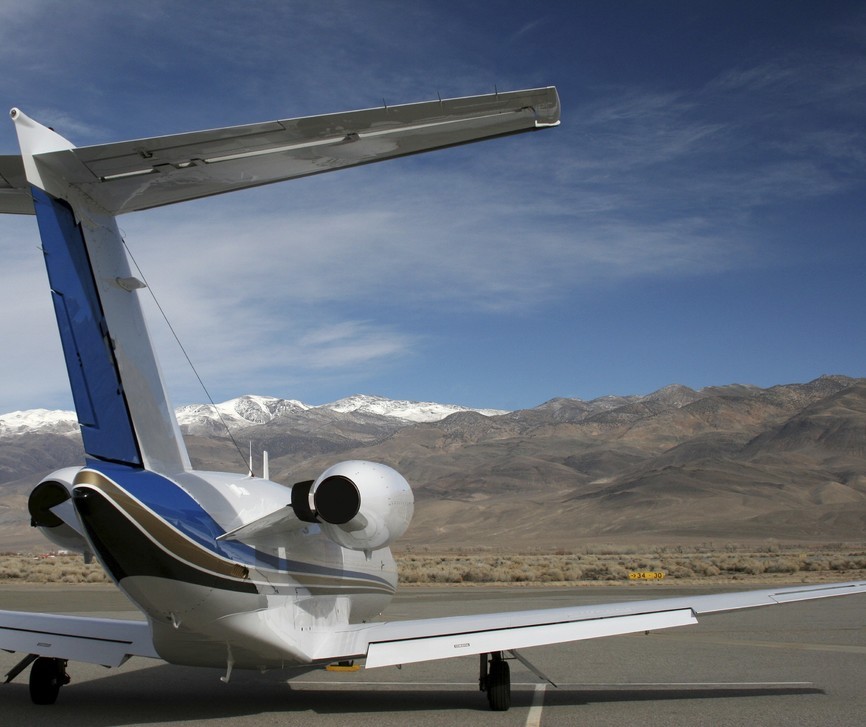 David Wyndham evaluates options for owning a business aircraft. Last month he considered new aircraft, and this month his focus is on used.

Acquisition price is the biggest reason for selecting pre-owned aircraft versus new. Since the 2008 recession, the spread between new and used prices has increased. For example, one popular mid-size business jet sells for $26.6 million in 2015. According to Vref Aircraft Value Reference, the 2010 model currently sells for under half that price, at $13 million, and a 10-Year old model value is $7 million (see Table A).

Rather than buying the same model aircraft new, another option is to upgrade to a large pre-owned aircraft using the same $26 million. We do not normally recommend this option, however. You should buy the aircraft that meets your needs and that you can afford to operate. Operating a large aircraft will cost more, sometimes much more.

Another advantage of the pre-owned aircraft is the time to put the acquisition into service. Popular new aircraft can have waiting times of 12 or more months between order and delivery. Even if the new aircraft is in stock, selecting interior appointments and equipment options will take time. A pre-owned aircraft can be put into service relatively quickly, depending on the time needed for the financial, legal and contract processes, plus scheduling and accomplishing a pre-buy inspection. For a cash deal it may be possible to put an aircraft into service in a matter of weeks.

You may spend $300,000 to $500,000 in new avionics, repainting the aircraft, and perhaps refurbishing the interior, so budget accordingly. Paint is cosmetic and easy to change. As long as the interior is in good physical condition, new soft-goods (leathers, fabrics, carpets, etc.) are relatively inexpensive.

New avionics for an aircraft manufactured in the past 15 years or less, while not inexpensive, tend to be technologically feasible and able to meet all the future air navigation requirements.

These upgrades to the used aircraft also add value when it comes time to resell.

Operating costs will be higher for the pre-owned aircraft compared with new. The used aircraft probably is no longer in warranty. If an item needs an unscheduled repair or replacement, you are likely to bear the full cost. New parts do come with warranties, but they are far shorter than the new aircraft warranty coverage. An aircraft's life is measured in flight-hours and cycles (or landings). Even a 10-year old aircraft with 4,000 hours is still young if it has been maintained properly.

As aircraft age, they tend to require more maintenance. For example, one large business jet has routine scheduled checks every six months or 300 hours. These are relatively minor. Every six years there is a major inspection that costs upwards of $500,000. The likelihood for unscheduled maintenance also increases with age. Conklin & de Decker data suggest that the maintenance costs for an older aircraft can be 25% to 50% higher if it has been in service for 5-10 years.

For a mid-size business jet, maintenance costs (excluding the engines) can add about $200-400 per hour to the averaged maintenance cost reserves, compared with a new aircraft of the same design. So for our hypothetical medium-cabin business jet, purchasing used adds about $300 per hour to the operating costs and requires $500,000 expense to put it into service. How is this cost package still an advantage? Let’s consider.

The $13.6 million saved by purchasing pre-owned will easily cover the extra maintenance and refurbishment costs over the next ten or more years!

The differences in the operating costs by themselves do not negate the pre-owned option. Part of the higher expense of the new aircraft does get returned when the aircraft is sold, however.

Do not overlook the fact that the well-maintained used aircraft also loses less in terms of absolute dollars in its market value. When looking at the costs to acquire, operate and dispose of the aircraft, a “clean” pre-owned aircraft can often have a significant cash advantage.

So in terms of cash, the pre-owned aircraft in the example presented here should stimulate thought, but the devil is in the detail. We always recommend a thorough life cycle cost analysis as the numbers can be very different for each case.

Next month, we’ll bring together our discussions of advantages for buying new and pre-owned to conclude this series on intelligently assessing the options available to the prospective buyer of a business aircraft.