Should Aircraft Owners Worry About Their Pilots?

An aircraft owner related a situation where a pilot he hired may have offered the owner’s aircraft to others for charters. Had the pilot acted illegally?

David is a partner in the global Aviation Practice Group at the Shackelford Law Firm in Dallas, Texas....

In late October 2017, an aircraft owner related a situation where a pilot he hired may have offered the owner’s aircraft to others for charters. He worried that the pilot had acted illegally. David G. Mayer discusses the matter further…

Despite his uncertainty, the owner fired the pilot. That was a wise move in his case, since the situation closely resembled the facts in a very recent enforcement action by the Federal Aviation Administration (FAA) concerning charters that violated the Federal Aviation Regulations (FAR), described here.

Unfortunately, illegal charters can affect many people—passengers, owners and pilots as well as the reputation of on-demand providers who follow the rules. All the pain that ensues improper charters can be avoided by proper structuring of ownership and operations, coupled with diligence and appropriate compliance efforts.

Illegal charters exist globally, not just in the United States. As such, the FAA’s action illustrates the circumstance of a potentially serious problem.

On June 29, 2017, the FAA revoked the commercial pilot certificate of a professional aviator for conducting illegal charter flights as “pilot in command.” Neither he nor two other companies involved had authority to operate the aircraft in that manner. In fact, the pilot admitted that he and his own company never held an air carrier certificate, that he did not complete required proficiency and line checks for FAR Part 135 operations, and that he did not complete any approved training program for charter operators.

Further, even the ‘dry lease’ that the aircraft owner entered into with a passenger’s company was deemed invalid. On September 7, 2017, the National Transportation Safety Board (NTSB) affirmed the FAA’s and administrative judge’s finding that the captain violated all applicable provisions in 14 C.F.R. Parts 119 and 135 of the FAR.

The NTSB concluded that pilot acted illegally as a “common carrier” by “holding out” as willing to transport persons or property from place to place for “compensation”.

Such findings, which may end a pilot’s career, generally occur only one short step away from the aircraft owner, even though the owner unknowingly failed to comply with or ignored applicable FAR.

Perhaps the most frequent violation occurs when a limited liability company (LLC) that exists solely to own the aircraft provides transportation services for the aircraft owner. Such an LLC is called a “flight department company”, and to operate legally it must hold an air carrier certificate.

Without such approval, the flight department company flagrantly violates the FAR.

Owners often lack awareness or concern of their violations, which is understandable. They assume their ownership and operating structures must be compliant because neither they nor their friends have ever seen or heard from the FAA. Besides, it is hard to understand the FAA’s arcane rules. Regulatory compliance efforts may also feel like an unnecessary irritation they can simply ignore even if they have heard about them.

Most aircraft owners and operators escape FAA scrutiny primarily because the FAA does not have the resources to enforce its regulations against quiet transgressors. Owners and pilots, however, should not take comfort in the odds against being found due to the FAA’s limited resources.

State tax authorities, local FAA authorities and even neighbors on their ramps may report them or raise their profile to the FAA.

To facilitate appropriate actions against owners and pilots, the FAA has adopted an enforcement policy that includes its Sanction Guidance Table in FAA Order 2150.3B, Appendix B.

The policy provides a variety of tools for the FAA should the agency find violations, including assessing civil penalties against aircraft owners of up to $27,000 per violation. One aircraft departure can trigger multiple $27,000 fines.

The professional aviator in this case study crossed the red line in a big way, but the FAA typically does not require that gravity of violations of FARs to hurt a pilot’s career or forcefully step into the owner’s world. 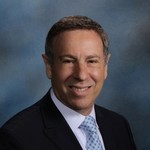 David is a partner in the global Aviation Practice Group at the Shackelford Law Firm in Dallas, Texas. His practice encompasses worldwide private aircraft matters, including regulatory compliance, tax planning, purchases, sales and financing, risk management, insurance, cross-border structuring, operations and more. He has become adept at negotiating solutions to his client’s disputes with OEMs.