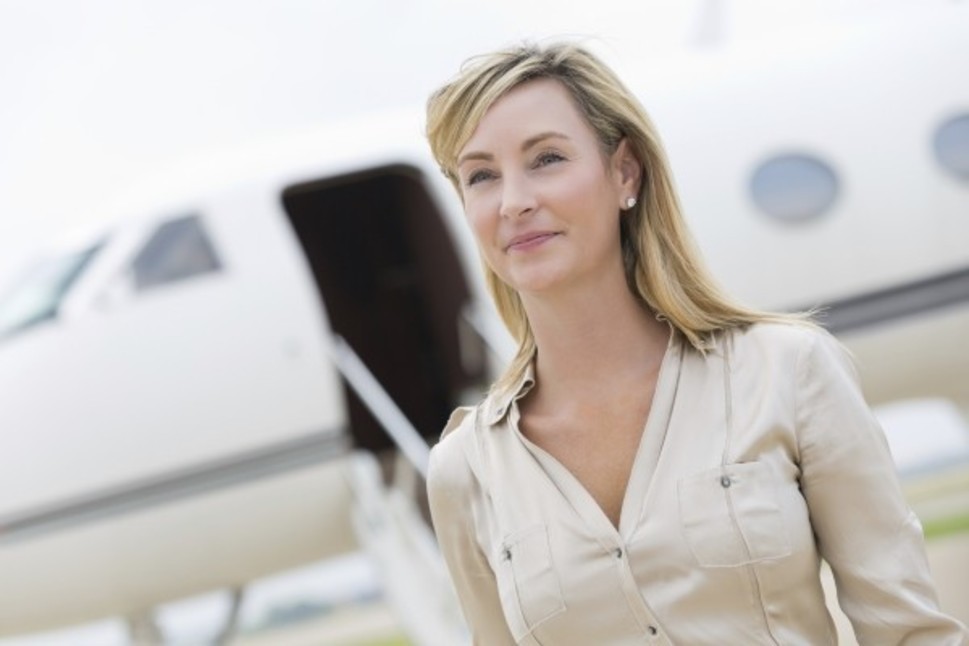 Invoking the philosophy of Reinhold Niebuhr, who asked God to grant him the serenity to accept the things he could not change, the courage to alter the things that he could change, and the wisdom to know the difference, David Wyndham examines how best approach to ascertaining your aircraft's value…

Some owners seem to adopt the first line of Niebuhr’s prayer and try to accept the inevitability of what will be while others take a more active approach. While external market forces affect the future value of an aircraft, you do have influence over your aircraft’s worth as it ages. Using Asset Management techniques, you can both use your aircraft and maintain its highest future value.

The business aircraft is an asset. It is an item of value that is controlled by you and your aviation department. Valuation is a function of how the aircraft is managed in three areas:

Understanding and balancing these three areas can keep your aircraft in a “ready to sell” condition while still offering productivity.

The first area to manage is utilization, or useful life. The drivers in this arena are hours flown, number of cycles (take-offs/landings) logged, aircraft age, and regulatory limits on its components, such as engines and systems.

We had one client with a global business jet that in addition to conducting long-range missions, started flying a number of short trips with light passenger loads.

In addition to the scheduling issues, we looked at the potential loss of residual value based on the time and increased cycles.

We knew that a used mid-size business jet would meet the short trips with ease, and we calculated that the majority of the added costs for the second aircraft would be offset by the reduced costs of operating the global jet fewer hours and the reduced market depreciation on that long-range aircraft due to lower utilization.

Aircraft availability can be managed as well. Keeping an older aircraft ready for dispatch usually requires more maintenance, both in downtime and money. Older aircraft can also see more intensive inspections and may have to enter a corrosion control program as the airframe ages.

If your usage strategy calls for high utilization and high rates of availability, you may be better served with operating newer aircraft. One operator we worked with flies 600 to 700 hours annually. They buy new aircraft and replace them at about age six, which corresponds with the end of the warranty as well as the end of the tax depreciation, and before any major maintenance is due.

The next area to manage is the financial life of the aircraft. If the aircraft is financed, this includes the term of the lease or loan. Business aircraft can be tax-depreciated aggressively under the MACRS five-Year schedule. But is that depreciation useful to your company or are you better served by taking greater tax write-offs further down the road? Write-offs are great when there are profits to protect, but the CFO is looking ahead to more than just next year. He or she manages the tax burden of the entire corporation over the long haul.

Operating leases have end-of-lease terms that require the aircraft to be in very good condition when returned. Much like the automobile lease charges for higher mileage cars at lease end, a similar adjustment can be made on the aircraft lease. Your utilization strategy may render a lease less attractive.

Lastly is the physical condition of the aircraft. This is within the responsibility and control of your aviation department. It involves the appearance, configuration and mechanical condition of your aircraft. The aircraft mission defines its utilization while the corporate financial plans primarily define its financial life. In order to maintain value with those two restrictions, the aviation department needs to have a plan to proactively keep the aircraft in the best condition - ready to sell.

The first task is keeping the aircraft clean and the interior wear and tear to a minimum. As a rule of thumb, if your business aircraft interior has gone about seven to eight years without a refurbishment, it is too old. The market value of your aircraft will be decreased if the interior is old or out of date, not just visibly worn.

The same rational applies for paint. Not only are touch-ups necessary, but so is the repainting of the aircraft on a regular basis. Aircraft that spend a lot of time outdoors, especially in dusty environments, may need repainting more often than one always hangared.

It is rare, but I have heard of an owner spending $40 million on a business jet and then parking it outside because the hangar rents were too high!

The configuration of the aircraft needs to be kept updated in order to maximize its value. Do you still have that old Betamax player in the cabin? Maybe it’s time to get a DVD player…

The aircraft avionics are a big concern here. If the standard aircraft for sale in your aircraft’s category has triple inertial navigation units (INUs), don’t skimp and specify two INUs. If you’re looking at getting a new avionics suite for your older aircraft, consider what the current production variant of your aircraft has for the systems and evaluate matching that setup. One of a kind is great for art and not so good for maximizing your aircraft value.

In Part 2, we’ll discuss how Asset Management can help you manage the aircraft and maintain the aircraft value into the future.