Tips on Flying to Oceania

If variety is the spice of life, Oceania offers life abounding… 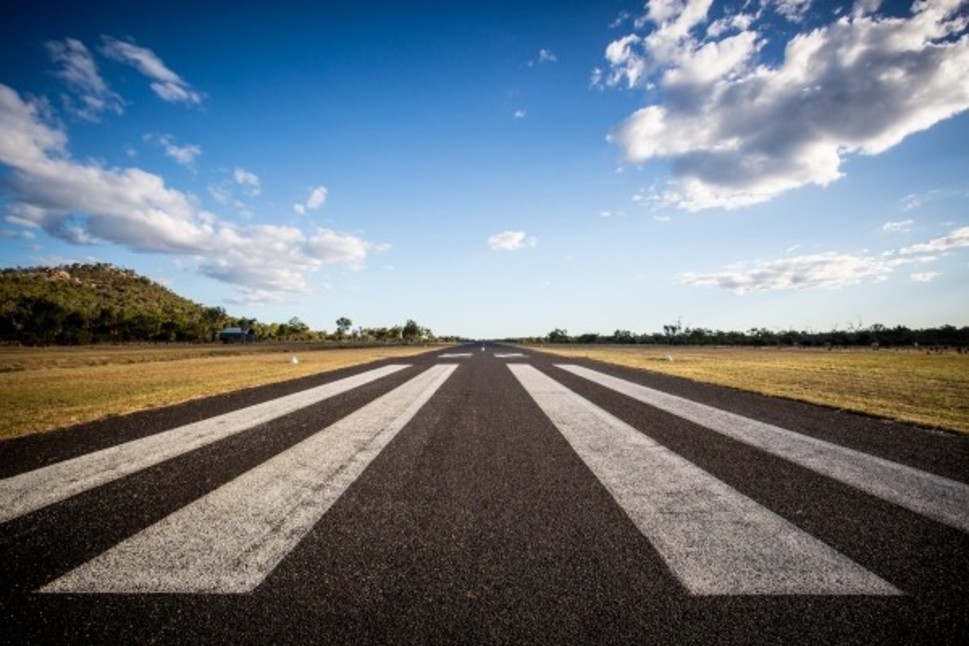 Oceania evokes visions of exotic locales; a region dotted with islands spread across the quadrant of the South Pacific. Dave Higdon concludes AvBuyer’s award-winning series with a snapshot of the requirements for operators planning to visit the largest nations of Oceania...

This is territory first explored by natives in outrigger canoes; “discovered” by Europeans sailing tall ships; and later visited by Boeing Clippers and other sea-friendly aircraft.

Naturally, each nation whether large or small requires visiting aircraft, crew and passengers to adhere to the local requirements for access – permits, visas and local customs. And unlike most of the rest of the world, at most destinations no alternate airports exist outside the main entry points. 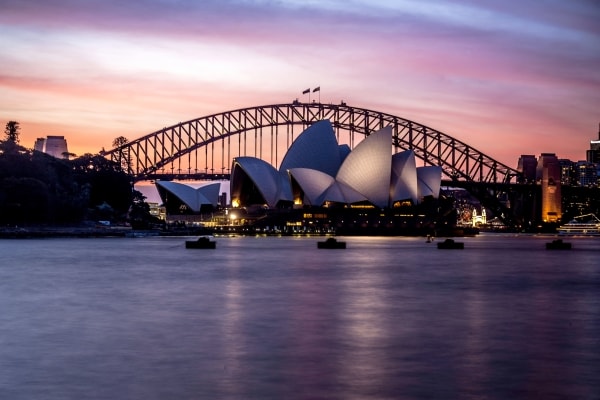 First alert for first-time visitors to Australia: This nation began requiring ADS-B in December 2013 for aircraft flying above FL290. As of February 2, 2017 all IFR aircraft must be both ADS-B capable and use some form of Global Navigation Satellite System (GNSS) such as the US Global Positioning System (GPS). And like the rest of the world outside the US, only one form of ADS-B qualifies – 1090 Extended Squitter Mode-S transponder-based.

As you'll read later, Indonesia is also an ADS-B participant – and shares traffic data with Australia. Just so you know…

International travel experts recommend using a third-party service provider to work with you on permit requirements, routing instructions, customs and immigration rules, and operating curfew considerations. As we've seen before, they also recommend you start this interaction well before you plan to fly. Australia requires visas for all passengers and crew – and the documents must be in-hand before entering the country.

Crew members may be able to apply for their visas (called Crew Travel Authority (CTA)) online, depending on their nationality. Crew may obtain their CTA through Australia's Advance Passenger Professing (APP) website (www.eta.immi.gov.au/UCP/login.form) or email appwebsite@immi.gov.au. This is a specific area in which a third-party service provider or ground-handling service may prove helpful.

Australia also enforces security requirements on visiting operators, including a Transportation Security Program (TSP) – but, private non-revenue flights with principals/owners on board may not require a TSP providing they fly no more than four Australian flights within a 12-month period. The following types of flight, however, do require a government-approved TSP:

Note that obtaining a TSP can take up to 60 days from the application, so plan accordingly. The penalties for failure to obtain a TSP include fines of up to AUD$22,000. Further important information can be found at the Australian Government Department of Infrastructure & Regional Development website: infrastructure.gov.au/security/.

Operators should also be aware that Australia enforces noise regulations prohibiting Stage-2, and restricting Stage-3 conversions and factory-built Stage-3 aircraft. Slot requirements exist at some airports (including YSYD and YADL), but the curfews aren't blanket prohibitions. Propjets, for example, are allowed to operate during curfew hours.

It is best to check with a ground-handling agent or third-party service provider to be sure your aircraft will not be impacted.

All international arrivals face a requirement to disinfect the cabin while still in-flight; failure to comply (proof of compliance is required) will incur a post-touchdown disinfection, requiring the aircraft cabin to remain closed for 10 minutes.

The recommended procedure is to spray disinfectant before starting the descent – and being prepared to show authorities the empty can upon landing. Additionally, the captain will be required to sign a document attesting to the disinfection process.

Overflight permits are not required – but flight plans are; the flight plan must be submitted no later than one hour prior to departure but can be filed as much as 24 hours in advance.

Indonesia, Australia's neighbor to the northwest, boasts thousands of islands and a population exceeding 255 million citizens. And aviation provides much of the transportation connecting those diverse islands. 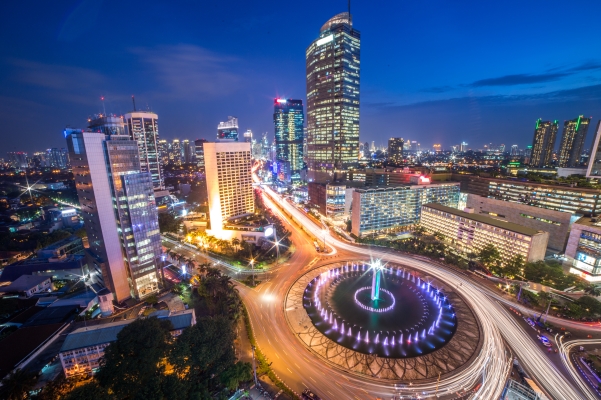 Access is tightly controlled, and the government requires permits for all General Aviation landings and overflights. Permits are also required for flights on airways M758 and N884 near Singapore. While the Singapore CAA controls the airspace, the airways transit Indonesian territory – so Indonesian overflight permits are needed. Figure on the standard lead-time requirements for landing and overflight permits.

Experts consider Indonesia's permit process to be generally straight-forward unless you fail to adhere to all requirements mandated by the Indonesian Civil Aviation Authority (CAA). In that case the CAA likely will deny your application.

Permit applications require the operator to provide both arrival and departure dates, and times - and application must be submitted a minimum of three working days in advance. Expect no action on permit applications on weekends and any of the nation’s 15 holidays. Obtaining overflight and landing permits for Indonesia officially take five business days to process – but often they get finished within three business days.

Regardless, the best time to apply for permits is during CAA weekday hours – Monday-Friday 0700-1700 local.

Short-notice permits are all but impossible except in instances requiring a flight to divert because of inclement weather – or an air ambulance landing.

Be prepared to submit all your documents with the application for landing permits. Documents required include aircraft airworthiness and registration certificates, worldwide liability insurance, and an Air Operator Certificate (AOC) for charter flights.

The originals of these documents must be on board the aircraft, but provide plenty of copies since three different departments within CAA review requests – as well as the military. And for those who contract with a third-party service provider, operators must present authorization proving the provider is empowered to act on their behalf. Once issued, overflight and landing permits remain valid for seven days, and confirmation numbers are provided with permit approvals. All permit confirmations must be noted in ‘Remarks’, Section 18 of your ICAO flight plan.

Indonesia allows private and charter flights to operate domestic legs, but requires a special permit to do so.

This nation is a prime example of how the benefits of using a ground handler can be felt (most requests will flow through the ground handler here). The CAA normally acknowledges a permit request on the day of receipt (providing the application arrived during normal business hours). The CAA will notify the applicant if something is remiss on the permit request so an operator can correct the problem.

Beyond needing permits to enter the country, Indonesia has no Prior Permission Required (PPR) or airport slots for operations to any airport in Indonesia.

Indonesia's Document Requirements Spelled Out: The following documents MUST be included with permit applications for all private and charter flights:

Indonesia's navigation fees are based on a flat rate for landing and overflight (not actual distance). Thus flying multiple stops within the country will incur higher fees than a single stop. Note, however, that multiple stops are limited to customs and immigration clearance, tech stop (fuel uplift only) or emergency landings.

Navigation fees are assessed by three different CAA departments – but the invoice you will receive won't break down each separate cost. And invoices often are slower to arrive than permits.

Failure to pay will likely result in the denial of a future permit application - but the Indonesian authorities will let you know if you owe overdue charges – and may even deny overflight access.

For such visitors to Indonesia's islands as tourists a visa exemption is available – but the nation wants two blank pages on your passport and for it to have at least six months remaining before it expires.

Limited US passport holders are not eligible for the visa exemption and should apply for an Indonesian visa, via the nation's embassy. Aircraft crew must have passports valid for at least six more months, but crew visa requirements depend on the airport. If required, the visa may be obtained upon arrival.

The other South Pacific nation with English as its language makes it easy for visitors to obtain visas for a variety of purposes, including business stays – as long as you plan to depart before the end of three months. The limits apply to tourists as well as business visitors, but with longer stays possible. Individuals may apply online; members of a group should follow this approach or face a paper-application process. 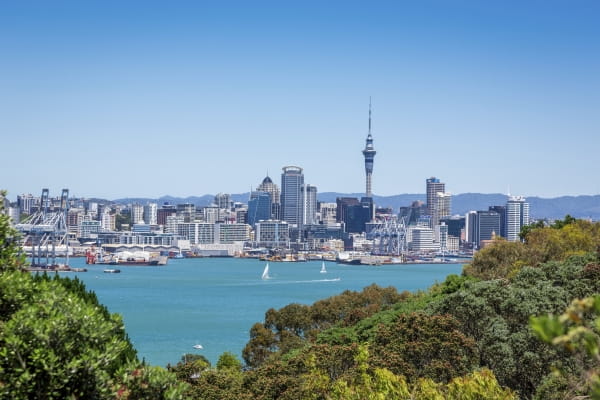 The same paper process applies for families planning a visit. Regardless of the visa you seek, you will be required to document your departure arrangements – something along the lines of a flight plan date and departure time for private aircraft. For aircraft, permits are required for overflight and landing of non-scheduled flights, with application to New Zealand's CAA in advance of arrival.

New Zealand goes to great lengths to protect the integrity of its agricultural economy, and penalties can be expensive. Importing even small quantities of food, as well as unprocessed animal or plant materials is tightly controlled. New Zealand authorities designed these restrictions to prevent the introduction of foreign animal and plant diseases and pests.

The entry process involves hand inspection of all luggage – including x-ray examinations, and exposing the luggage and packages to specially trained dogs to sniff out any contraband.

Take care with any items of food you may obtain en route because the fines for failure to declare fruits and foods can be severe.

That includes any in-flight meal items saved for later consumption and food refuse from the flight.

These items must be in a secure garbage bag and ready for destruction. Even golf clubs and shoes, fishing gear and waders must be clean and show no signs of dirt.

The best advice is to declare any items you think may cause problems - bio-security control staff may confiscate and destroy the item, but you will not have to pay a fine or face criminal prosecution and a jail term. And cabin disinfection rules apply here as well as in Australia. New Zealand spells out its disinfection requirements here: www.biosecurity.govt.nz/enter/aircraft.

New Zealand restricts aircraft that do not meet Stage-3 sound levels (Stage-2 aircraft are banned - exemptions available in the past are no longer an option).

Two general customs declarations are required, and one must be signed by customs at the previous airport. The authorities insist upon having names, birth dates and nationalities of crew and passengers, passport numbers and expiration dates and passenger visa numbers.

Overflight permits are required only for experimental aircraft and aircraft from non-ICAO member states, while landing permits are needed only for commercial airlines and for-hire charter flights.

Information required for the application includes an air-taxi certificate or foreign air-operation certificate; third-party liability insurance policy; and name, address and phone number of the company/individual chartering the aircraft.