Top Tips: Flying Between the US and Cuba 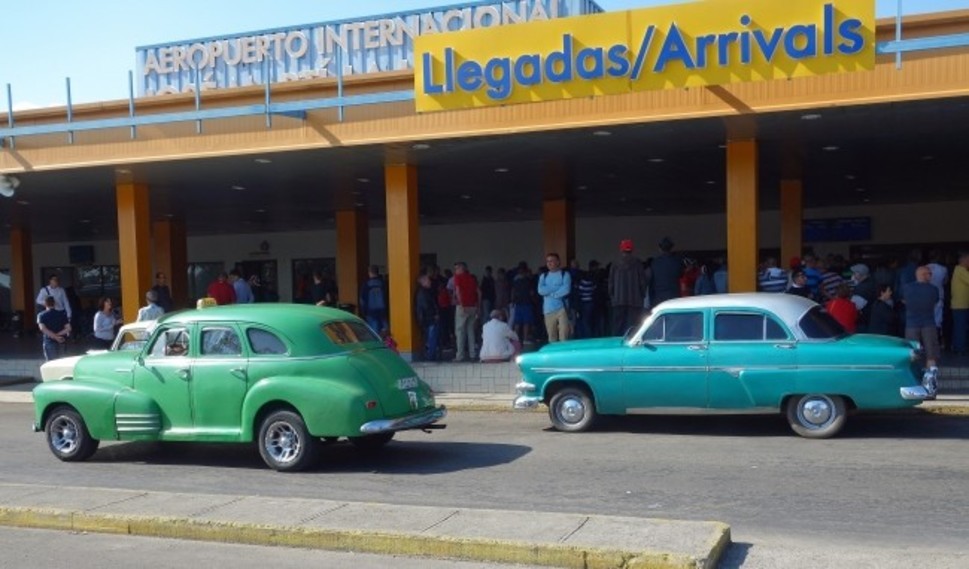 Cuba holds challenges as well as opportunities for US business aircraft operators seeking entry into the country that for decades was off limits. As part of his look at Air Traffic Control and Airspace Management globally, Dave Higdon examines issues of access.

From the air Cuba is beautiful: a lush, green tropical island that is the largest landmass between the Florida Straits, the Gulf of Mexico and the Caribbean Sea. Commercial and private flights from the US long ago began to enjoy the privilege of overflying Cuba en route to Mexico, Central and South America, the Cayman Islands and Jamaica.

But they were not allowed to land there. Direct contact ended when the US imposed its now 56-year-old embargo during the waning years of the Eisenhower Administration, shortly after Fidel Castro’s revolutionary army overthrew the government of Fulgencio Batista.

Officially, the embargo remains in effect today. But thanks to executive action by the US President following lengthy negotiations with Cuban officials, Americans may once again fly directly between a few US airports and Havana, Cuba.

Unlike situations in many of the other nations we've profiled for international travel in this series, the bulk of the constraints Americans face in visiting Cuba originate on the US side of the border and are not the produce of ATC or ATM manifestations.

Any visit to the island nation must be approved under one of 12 exceptions allowed by President Obama’s executive orders.

But that's progress – and more is expected.

JetBlue kicked off the first direct commercial service since 1961 in August, and Alaska Airlines starts its daily non-stop on January 5, 2017. These two carriers are among eight scheduled airlines the Obama administration approved for Havana service last summer.

But scheduled air service started after American General and Business Aviation operators began making private flights to the island, successfully navigating atypical restrictions and constraints imposed by both nations – restrictions and complications observers expect to ease and become more routine with time. Full normalization can't begin until the US Congress acts to terminate the embargo.

Potential visitors should understand one thing before planning their flight: Half the complexity of visiting Cuba originates on the American side of the Florida Straits because US citizens still face restrictions imposed by their home country's embargo; the rest originate with Cuba's own regulations and restrictions.

So far a majority of Members of the US Congress continue to resist ending or altering the embargo, citing their distaste for dealing with Cuba's nearly 60-year-old Communist government of the Castro Brothers, Fidel and Ramon. Business as well as aviation groups point out that this stance ignores the fact that the US long ago opened direct commerce and tourism to other Communist nations, most prominently among them China and, more recently, Vietnam.

Operators experienced in the ease of visiting other Caribbean islands need to prepare for a process laden with bureaucratic hurdles on both sides of the Straits.

Aside from equipping with the common-sense stuff most domestic aviators normally fly without (life rafts, personal flotation devices, survival signaling devices) there are constraints, limitations and paperwork to address before you start your engines.

The number of airports approved for departing for and returning from Cuba is limited. Information on them is available from the US Customs and Border Protection (CBP) Service (www.cbp.gov/travel/us-citizens/know-before-you-go/united-states-cuba-travel/approved-us-ports-entry-flights-and-cuba).

By far the closest, most-convenient jump-off/jump-back point for American operators is another island – Key West, Florida which boasts experienced personnel of the Customs and Border Protection Service. Few American airports are as well-equipped and experienced in inter-island journeys as Key West International Airport (KEYW). And none is closer to Havana.

As explained by the US Department of the Treasury’s website, American citizens are allowed access to Cuba without the prior permission of the US Office of Foreign Assets Control (OFAC) – as long as the visit falls under one of the 12 approved categories:

Those limitations mean that direct tourist visits remain constrained by the embargo. You cannot tell the US officials you're visiting Cuba to walk the beach or take in the sights. Tourism appears nowhere on the above list.

All but two of the 12 categories require the sponsorship of - and oversight by - a recognized entity. Still, it's possible to go without such sponsorship – as long as you can legitimately state that you plan to visit relatives in Cuba or participate in a religious trip.

Several entities in Florida can serve as your sponsor, among them Premier One Aviation in Miami, which works under the cultural-exchange category. Detailed preparation is, as always, a must. 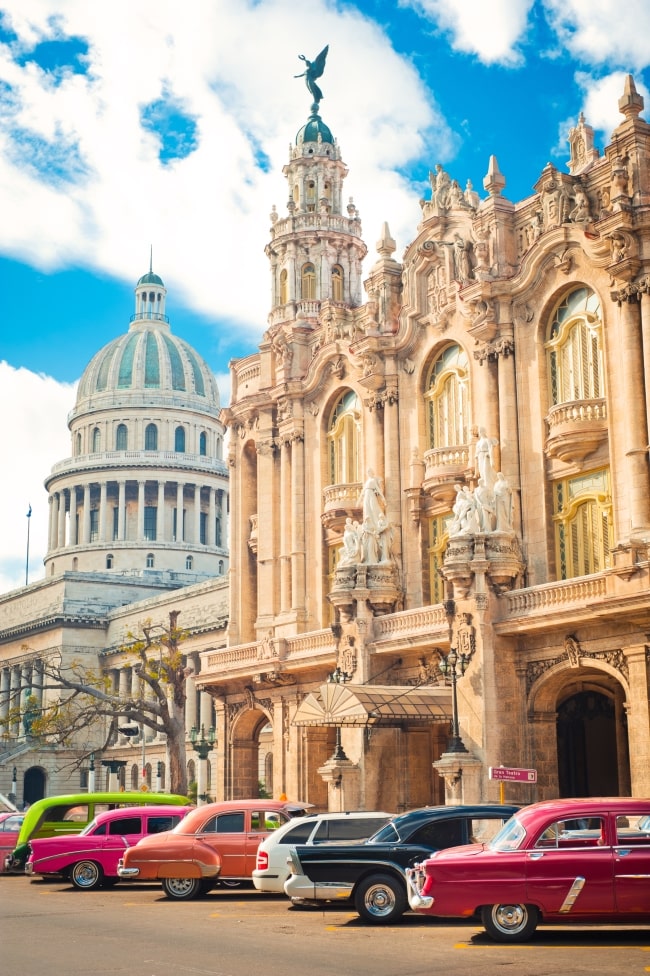 The US and Cuba do not have much in the way of banking connections. Thus the hit on US currency can be large when exchanged for Cuban currency. Before departing the US, consider converting your US dollars to Canadian dollars or Euros – both of which have a lengthy history in Cuba and cost less to exchange. If possible, do not accept change in Cuba's local currency, the CUP (Cuban Universal Pesos).

Cigar aficionados will like President Obama’s Executive Order. The US allows Americans to return to the States with as much as $100 worth of cigars and/or alcohol products per adult, and up to $400 in total purchases of Cuban hard-goods. But forget about returning with food products or fresh fruit.

There are some aviation differences that must be accounted for before departing. For example, Cuba requires the pilot and aircraft to be instrument-rated and equipped – typically not an issue for business aircraft operators. Cuba's instrument-approach plates differ significantly from the standardized plates used by most other nations. Updating avionics databases to cover all of the Americas can help fill in some of the differences.

Jeppesen offers its excellent trip kits for Cuba, which will make many flight-crew members more comfortable.

With an updated database you'll be better equipped for navigating to Cuba, with the waypoints and approaches readily available. Absent specific Cuban data you'll be able to navigate en-route but will have no specifics for airports.

Havana's Jose Marti International Airport (MUHA) is well equipped for instrument approaches, and the Jepps trip kits cover the available options. Flying within Cuba is not something easily done given the nation's bureaucracy. So consider ground transport for any trips away from the Havana area.

How long you stay in Cuba is up to you; there is no limit on the American side except for those noted above for the aircraft. You must, however, comply with the conditions of the Visa required by Cuban authorities before you depart for the island. Also there's the landing permit Cuba requires you to have before you enter its airspace. You can start that reputedly laborious process with an email to: ppv@iacc.avianet.cu.

As for the Visa from Cuba, that will require a bit of work since Cuba has but one embassy in the US, in Washington, DC. Information on Cuban Visa requirements is available at: https://cuba.visahq.com/?js_widget_requirements_link. When in Cuba, you can access the assistance of the US State Department through the US embassy in Havana.

Flying to and from Cuba is no bargain (although the cigars and rum may be). Required fees add up quickly, as they do at most other nations that fund their aviation operations with user fees. Let's look at what you can expect…

Don't expect to get squeezed for bribes, say veteran Cuba Business Aviation visitors. The system is straight forward and simple with no hint of bribery solicited. But be prepared to get hit again before departure – and for the prospect that the fees listed may have changed in the days since your arrival.

Piston operators carrying two and three passenger seats report paying nearly $500 for the privilege of visiting MUHA. Operators of jet and propjet aircraft report charges up to the low four-figures.

Being at least conversant in Spanish can help, though it's not necessary for dealing with Cuban air-traffic controllers. Many American pilots found the English skills of Havana Center and the tower controllers at MUHA to be easier to understand than the US controllers of Miami Center, who'll be the ones to hand you off to Havana.

Whether Cuba comes around and adopts a US-style excise-tax based system to fund its aviation infrastructure is unlikely; few countries operate a system as painless and seamless as the US. But insiders claim it's not outside the realm of possibility that Cuba's fee-based system will become both easier to navigate and less expensive once the island nation understands the potential of thousands of American pilots interested in visiting.

Don't hold your breath for rapid, dramatic change; at least not until after the US Congress votes to rescind the existing embargo and establish free (or less restrictive) trade between Cuba and the US. In the meantime, remember, casual visits and normal tourism remain off-limits as far as the US is concerned – and business deals, while more possible than in the past, remain subject to the limits of the embargo. Executive Orders can only take this process so far.