Find out how to get it right! 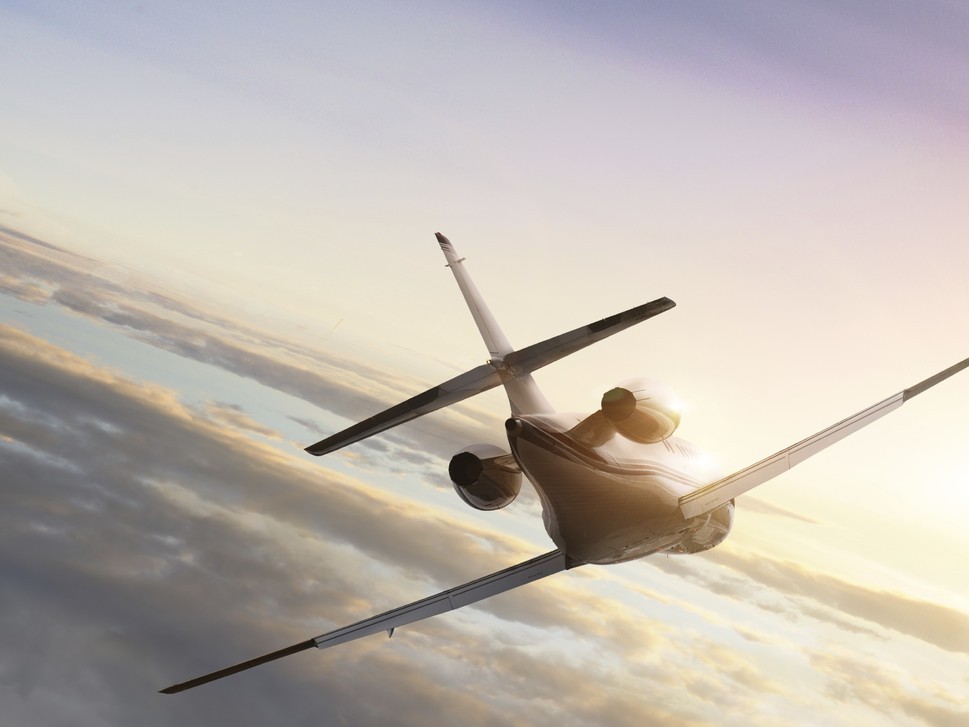 ‘Fleet renewal’, ‘fleet replacement’, ‘fleet upgrading’ - all are different names for a common process: managing the turnover of a company's aircraft, notes Dave Higdon. But what is the key to getting it right?

For many multi-aircraft operations, fleet renewal tends to be an ongoing affair, assuring continuous access to a viable, cost-effective, mission-capable fleet, even though for 75 percent of business aircraft operators, that fleet consists of just one aircraft (per NBAA Fact Book). Irrespective of the number of aircraft that comprise the fleet, however, from speaking with a number of pilots engaged in the process of fleet renewal the considerations and concerns largely follow the same thinking, even if they do vary in scale.

“When you have a real 'fleet' to manage, the planning and execution lead-times multiply with fleet size,” said the chief pilot for a small Midwest real estate company, adding that companies operating a single airplane tend to act on the same catalysts that influence companies managing multiple aircraft – namely economics, capabilities, efficiencies and age.

Consultants generally recommend that flight departments make advance plans for potential renewals, replacements and upgrades. “Selling and buying a complex, expensive asset like a business aircraft isn't something that you start on Monday and finish on Friday,” noted one consultant. “Ideally you give yourself plenty of time to analyze, shop and transact. That's true whether you’re considering a new airplane or used aircraft for sale.”

Planning fleet upgrades generally involves more than asking how much more (or less) will meet the company's needs. An aircraft renewal project understandably draws scrutiny from the people handling the funds; the process also involves the people who most use the aircraft for satisfying company needs.

The solution most commonly suggested is data-driven planning, according to the several consultants interviewed for this story.

• Planning to tap company resources for the renewal;
• Validating the logic for the change;
• Providing a starting point for the finance, legal and tax experts in the company to assess the proposed change;
• Informing the executives to help them make a smarter decision;
• Helping the flight department make its case with the data employed, thus giving the department a more authoritative voice in the process.

Numerous catalysts exist that prompt a change of aircraft such as new and different missions; the inability of existing aircraft to handle changing demands; business expansion that adds new or different needs – or territories; or the mere costs of continuing to fly the existing aircraft. Data on how the present aircraft is used – how many flights, to where, and carrying whom – along with aircraft flight hours and the various costs (fuel, maintenance, insurance, etc.) can help decision makers see the basis for the needed change.

In comparison, a flight department unprepared for an upgrade may find itself in reactive mode should executives unilaterally decide to renew or replace one or more aircraft. The lead-time involved can run into weeks, months, even years – particularly if the existing aircraft's age runs into double digits.

Consider how the following operators handled the eventuality that the only constant is change, including where aircraft are concerned...

When the small real estate company upgraded from a piston to a turboprop, the company owner understood that decision meant moving into a higher operating-expense bracket. But given that costs and deficiencies of the existing pressurized, turbocharged cabin-class piston model began to become a burden on the company's travel needs, the propjet actually helped eliminate costs induced by maintenance.

“The new airplane let us reduce travel times and allowed us to expand our reach,” the chief pilot explained. “Our people gained back precious time.”

Years after fully depreciating that propjet, similar issues involving maintenance and productivity surfaced, prompting another step up. An examination of how the candidate aircraft would fit into the company's travel was undertaken, using historical data. Trip-by-trip comparisons of the prospective replacement options versus the propjet led the company to its conclusion. “This renewal needed more financial horsepower than our own operations could justify,” the pilot explained.

“But the potential benefits of a faster, more-comfortable aircraft proved powerful – so we moved ahead.”

Today the new aircraft – a light jet – spends part of its time flying on a Part 135 certificate, which helps offset its costs; the balance of its flying time goes to the real estate company. “In the end it was about growing the company while keeping within our finances, and this arrangement does both.”

And once again the accelerated depreciation available wasn't used. “The accountant told me it made more sense for us to spread out the tax benefits. He made his financial case, just as I sold the firm on how much time we could save by stepping up our cruising speed about 100 knots.”

Operating and maintenance costs aren't always the sole underpinning to fleet renewal decisions, however, though they are significant. Similarly, tax benefits alone seldom drive a company to replace an aircraft. Thanks to new-equipment warranties, hourly maintenance coverage for the engines and airframe, tax implications and the popularity of the light jet, the owner of the real estate company saw a small but significant financial benefit in transitioning to a light jet with the management firm handling charter flights.

As our real estate firm’s chief pilot put it, “Your results may vary; check out everything.”

Seldom, if ever, does a company invest in a business aircraft without a mission defined for that investment. Savvy operators learn quickly how to deploy the aircraft to support revenue and profit growth, improve personnel productivity, support their customers' needs and, not surprisingly improve employee motivation and satisfaction. All good – until, that is, the aircraft no longer delivers what the company needs.

The need for an aircraft that is more mission-suitable drives many a fleet renewal. And planning for the upgrade can start long before that time arrives. One transnational company with three aircraft employs a rolling renewal process to help stay ahead of ‘mission creep’ and to always have aircraft no older than seven years.

One factor in this company's process requires acting while the residual value remains high for the outgoing asset, according to a lead pilot with the Great Lakes region company.

“The last time we expanded the fleet was because we had a new mission to fulfill – international expansion – and needed a large-cabin trans-oceanic jet to support those trips,” the pilot recalled. Since international trips generally occur only about once a month, the aircraft selected was chosen to fit well with its two smaller mid-cabin hangar-mates used on domestic trips. “It works well on our medium and short trips, and if runway length is an issue we have the smaller jets to deploy; they can each reach both coasts from our headquarters.”

Before any of this company's jets hit the age of five, the chief pilot for the type starts working with staff - from finance and its internal clients - to select a replacement, typically for delivery two years later. “That helps us stay on the cutting edge while keeping overall costs in check,” the pilot explained. But each time the drivers remain constant: Efficiency and mission fulfillment.

The “mission creep” mentioned above sometimes involves moving more people between the same points (as opposed to more flights to more, or further-away destinations). The need to carry more people in the cabin may require flying with a reduced fuel load to stay within operating and regulatory limits.

That, in turn, may require adding a stop – necessitating a two-leg trip in the same aircraft that previously handled the mission non-stop. This outcome works almost as inefficiently as sending two aircraft to accommodate the people when the usual aircraft lacks the capacity to fit them all into the cabin.

“Sending two aircraft? That’s always expensive, and usually inefficient,” explained the senior pilot for a Northeast concern with manufacturing facilities scattered across the US. After an expansion in 2013, the company found itself needing to move more people than could be handled by either of its two existing aircraft.

“We were making the same number of trips but increasingly facing loads that meant making a fuel stop...but we really couldn't justify a third aircraft.”

The solution started to materialize with an unsolicited call from a broker representing a client interested in the smaller of the company's two jets. “We were already starting to research a replacement for that aircraft and looking at models able to handle the new demands and carry us through a few more years of growth,” the senior pilot explained.

The broker's client needed to downsize from its medium-cabin jet, and company executives wanted to replace it with a smaller aircraft still capable of handling the lighter missions. What might have been a tailor-made solution (the two companies swapping jets with a bit of cash to the company divesting itself of the medium jet) fell apart because the larger jet still lacked the payload to accomplish the missions needed by the Northeast-based concern.

“We found a taker for our light jet, but didn't find a keeper to replace it,” the senior pilot recalled. But another bright spot emerged: The broker. “He had a line on a jet that, admittedly, was larger than what we were originally considering, but he showed us why it was a good choice.”

The super-midsize jet being considered offered much greater range than originally sought – and with that ability came the flexibility to carry fuel for the shorter legs and still use the payload for the extra people and baggage the smaller jet couldn't handle – thus solving the company's problem. “And”, the senior pilot added, “the option started company executives looking at opportunities opened up by the larger jets for sale. It presents us with options unavailable with our old capabilities.”

When a Plan Comes Together!

Whether adjusting upward for growing needs or dialing back because of reduced requirements, the best approach remains a planned transition – and plans take time to research, develop and execute. “Changing aircraft should be approached the same as any other investment in a company's production assets,” said one consultant who regularly works with clients on fleet renewal and replacement projects.

“The smartest companies don't buy production equipment without a plan; they don't invest their dollars without an idea of why or when. Managing the fleet, whether one aircraft or 10, should command the same degree of thought and planning as any other asset used to make the company effective.”

Enjoying AvBuyer articles? Sign up for the digi edition and get AvBuyer magazine direct to your inbox every month