Points of value specific to used Gulfstreams ‘For Sale’ 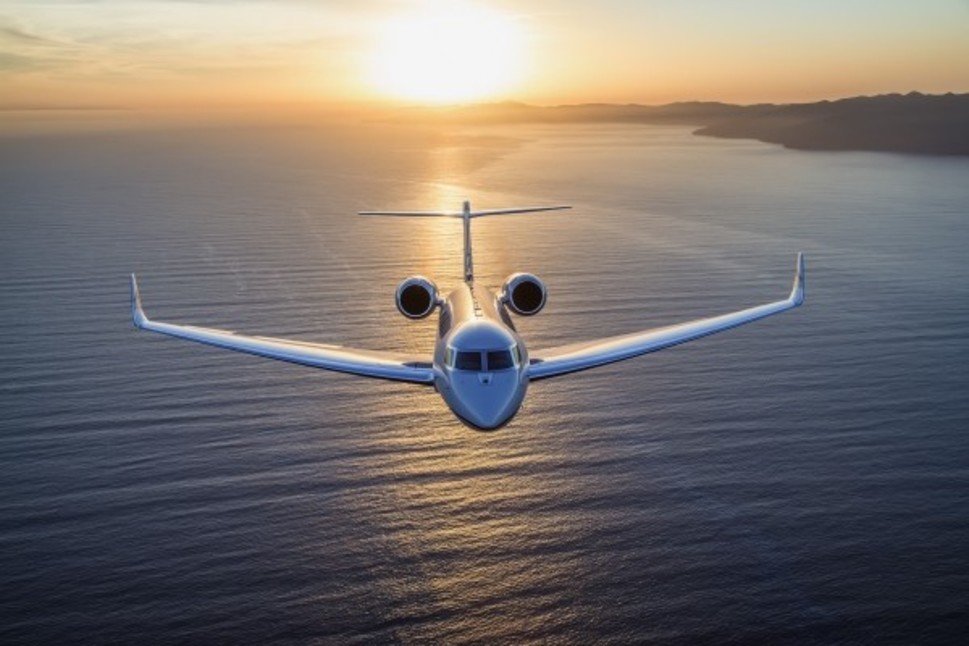 Senior Certified Aircraft Appraiser Jeremy Cox spotlights aircraft makes and models and their value points. This month, the focus is on used Gulfstream jets for sale…

Reviewing the value of used Gulfstream business jets begins by considering the specifics of certain models. For example, in the Large Cabin & Long Range category, the average G550 is projected by the Aircraft Bluebook to accumulate 425 flight hours annually.

Looking at the current G550 ‘For Sale’ market, there are 39 aircraft available from a fleet total of 529. The average TTAF (total time on the airframe) of those jets ‘For Sale’ is 2,865 hours, and their landing cycles average 937.

Those statistics equate to a ratio of just over three flight-hours per landing. The average Year of Manufacture of the ‘For Sale’ G550 is 2007 (10 years old).

Meanwhile, the average GIV-SP is currently projected by Bluebook to accumulate 410 hours annually. The current GIV-SP ‘For Sale’ market (38 aircraft out of a fleet of 293) shows an Average TTAF of 6,513 hours and an average of 2,823 landing cycles.

These data equate to an average of approximately 2 hours and 20 minutes flight time per landing). The average Year of Manufacture of the ‘For Sale’ GIV-SP is 1998 (19 years old).

Looking at the Mid-Size Cabin jets, the average G200 is projected by Bluebook to accumulate 380 hours annually, and the 34 aircraft ‘For Sale’ out of a fleet of 245 yield an Average TTAF of 3,411 hours and an average of 2,091 landing cycles. That’s a ratio of approximately 1 hour, 40 minutes flight-time per landing. The average Year of Manufacture of the ‘For Sale’ G200 is 2006 (11 years old).

Legacy Gulfstreams powered by Rolls-Royce Spey engines must be equipped with a Stage-III compliant hush-kit; a factor that has severely diminished the fleet in service. Thus, almost 50% of the original GII and GIII fleet have been retired, with many being ‘culled’ in the last three years as a direct result of the Stage-III noise compliance mandate that went into effect on 01/01/16.

A further issue exists within the market for used Spey engines, in that most of the ‘as-removed’ engines from parted-out aircraft have now reached their 10-year corrosion life-limit, thereby restricting the previously ready supply of engines that provided an alternative to spending on overhauls. The cost of those overhauls amount to more than what the subject aircraft is probably worth.

The residual value of a 1987 Gulfstream GIII is currently around 8% of its original value, based upon a list price of US$13.0m when purchased new in 1987.

Finally, FANS 1/1A and ADS-B still pose issues for some of the older large-cabin Gulfstream models. Even though the avionics industry warns that owners should be acting now because shop openings and solution kits are both in short supply, I personally believe that waiting may still be the right approach for some. I see prices continue dropping as more and more ADS-B solutions are being brought to market. 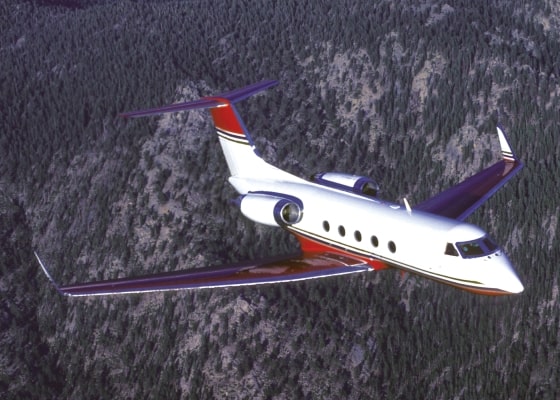 Since January 2010 there have only been 34 transactions on 26 Gulfstream GI aircraft. Of these, more than a third led to a Part-Out or Write-Off of the subject aircraft.

Further, without a Stage III Hush-kit, all GII, GIIB, and GIII aircraft struggle to break $100,000 for part-out value. With a Stage III Hush-kit and all maintenance up-to-date, however, these aircraft often trade in the $300k to $700k range. Sometimes a late model GIII might break $1.0m, but that is a very rare occurrence.

Straight GIV jets without the ASC 190 -SP modification (which is fairly rare today) will usually trade at well below $4.0m. A good GIV-SP enrolled with Rolls-Royce CorporateCare and with decent time remaining before its 5,000 hour landing inspection and other similarly expensive events, will still fetch a price in the $6.0m range.

The early GV models are now 22 years old. For some, the selling prices are below $10.0m, which equates to a residual value of about 24% of new.

Of the more recent Gulfstream models:

Following is a list of Appraised Value Add-Ons for each Gulfstream model (numbers per my evaluation, not the value guides): 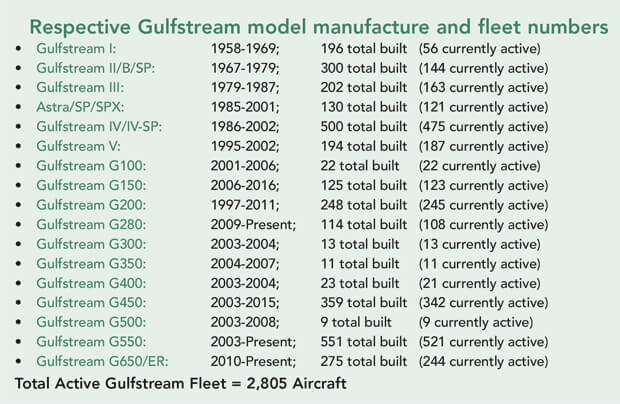