What to Consider When Choosing an Aircraft Registry

Aviation has some curiously parochial corners. Aircraft registration is one of them. Rohit Jaggi speaks with those in the business to discover what are the key factors for aircraft owners in choosing a registry for their jet... 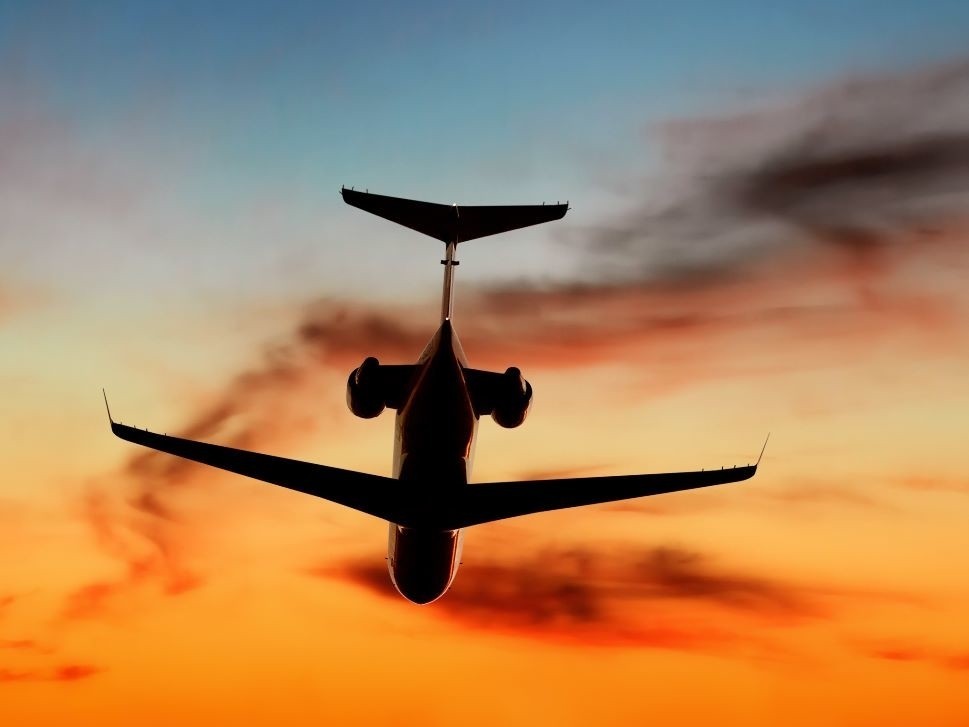 For an industry that is truly globe-spanning, aviation has some curiously parochial corners. Aircraft registration is one of them. Rohit Jaggi speaks with those in the business to discover what goes into a registry selection…
From Afghanistan to Zimbabwe, countries keep registers of their civil aircraft to ensure airplanes and helicopters are adequately monitored and regulated.
But the US, spiritual home of Business Aviation, has many aircraft on its register that spend all or most of their time out of the country. Meanwhile, some small states such as Bermuda and the Cayman Islands have also long attracted aircraft that are based all over the world.
Newer rivals include Aruba, San Marino, Guernsey, Malta and the Isle of Man. “The main reason is flexibility,” explains Aoife O’Sullivan, partner with The Air Law Firm.
The Federal Aviation Administration, which covers the US, and the European Aviation Safety Agency, whose span includes European Union countries, have restrictions on who can pilot aircraft on their registers – although both are signed up to the International Civil Aviation Organisation (ICAO), the UN aviation body that, among other things, ensures the equivalence of pilot licensing among signatory countries.
But an aircraft on the Isle of Man register (M-reg), for example, can fly with a crew of FAA pilots, EASA pilots, pilots from other ICAO members, or a mixed crew. And that simplifies finding pilots enormously.
Maintenance is another issue. Aircraft registered with the UK’s CAA (for example) need to have maintenance performed by a Continuing Airworthiness Management Organization (CAMO) which means the aircraft’s technical manuals and schedule of work required must be rewritten by the CAMO. The Manx register, however, requires the same maintenance but it can be performed using the OEM’s manuals.
Craig McLeod, head of flight operations at Naljets which has aircraft on the Manx and UK registers explains, “The Isle of Man makes life easy. With maintenance I don’t need a CAMO, so there are significant savings.” And there are plenty of other examples.
Nevertheless, Paolo Lironi, chief executive of SGI Aviation which runs the Guernsey register (2-reg) under a 30-year contract that has 25 years to run, is emphatic about the main role of offshore registers. “Safety is number one. There are no shortcuts. Just different regulatory regimes.”
Why Opt for an Offshore Registry?
Some owners choose an offshore register to keep a low profile. Tim Barber, aircraft sales and acquisitions representative in Europe for Duncan Aviation, explains, “In the UK and across Europe we have the politics of envy. Certain sectors don’t like people who have made money and use or own private jets.”
Putting your aircraft on an offshore register can help make that ownership less obvious. Bermuda’s VP-B and VQ-B tail numbers are seen as helpful in this respect.
But offshore registers are not an easy route to anonymity for ill-gotten gains or the people who make them. The Guernsey register does background checks on where an owner is making his or her money.
“We have lost a number of Chinese aircraft,” says Lironi. “Not that they were doing anything wrong, but because the owners didn’t want to open their books.”
Barber points out that US operators are less anxious about keeping their heads down. Jet ownership in the US now has had substantial tax advantages pushed through by the Trump administration - so the US register (N-reg) is an attractive one. 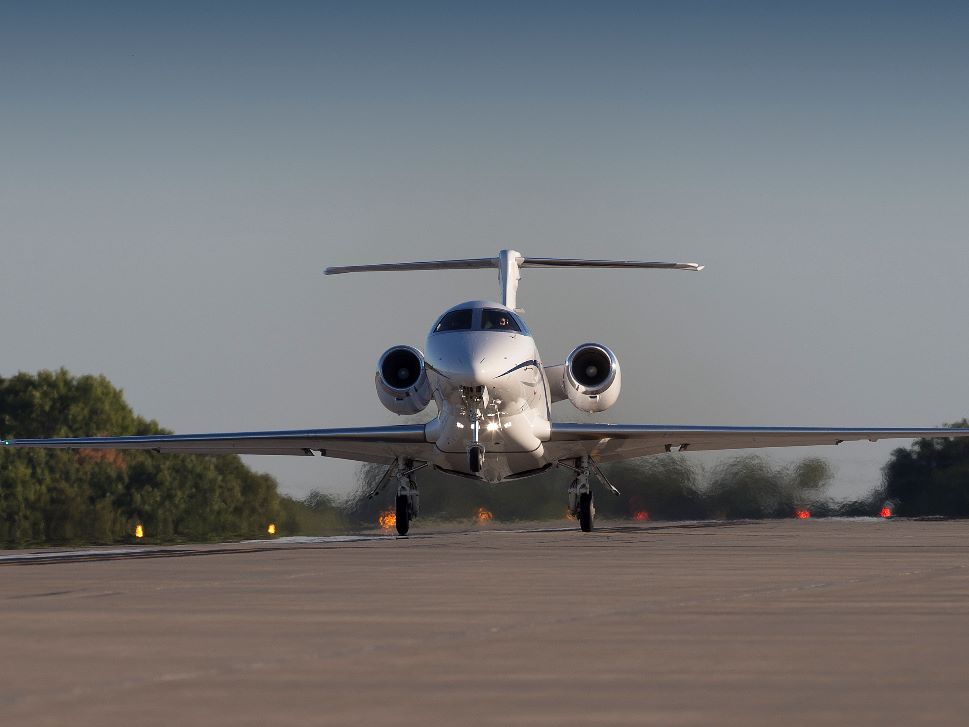 Some jurisdictions have bigger tax benefits than others. As examples, the Isle of Man has a corporate tax rate of 10% and no capital or wealth taxes; Bermuda has no income or profits tax; Aruba has no corporate or income tax, or VAT.
But O’Sullivan downplays the importance of tax. Far more important, she says, is convenience. It makes sense to use a register in the same jurisdiction as other business interests. As one owner puts it, “I have a mortgage in Guernsey, so that’s why I prefer to register in Guernsey.”
Another is the level of service. On this the various offshore registers, competing for a limited pool of aircraft, all proclaim their virtues. Jorge Colindres, founder and chairman of The Registry of Aruba (P4-reg), says: “When we decided to start the registry, we wanted to run it like a private company.
“That means we are always available to customers. There are no bank holidays or national days off.”
The Isle of Man, which has taken 1,000 aircraft on to its register since it was set up in 2007, also prides itself on its level of service. “We are completely digital with an online registration system,” says Colin Gill, deputy director of civil aviation.
Transparency and Clarity
The ease of finding out whether there is an existing mortgage when considering buying an aircraft – or indeed repossessing it, is of considerable importance to aircraft financiers. The Cape Town Convention of 2006 created an international register of financial interests in aircraft.
It means much more transparency and clarity, but not every country has signed-up, and there are some anomalies – for example the Netherlands has not, but the Dutch Caribbean island of Aruba has. “Until everyone signs-up we’re still playing catch-up,” O’Sullivan says.
Some registers have focused on particular areas: Guernsey, for example, has built a reputation for dealing efficiently with commercial aircraft transitioning from one lessee to another in different jurisdictions, says Lironi.
“Take Indonesia and Malaysia as an example. They do not talk to each other. It can take two months to transfer an aircraft from one to the other. That’s two months of lost rent. With 2-Reg it can be done in days – registered in a week, and de-registered in two days. That means saving one to two months of rent.”
Deciding on how and where you want to use the aircraft is, according to O’Sullivan, a first requirement for deciding which jurisdiction to go for.
As McLeod points out, aircraft on the Manx register and some others such as the Cayman register cannot be used for charter, but those on Guernsey and Malta, for example, can.
“The majority of the 15 business jets on our register are kept under an AOC,” says Lironi. “Even if they are used 90% of their time by the owner, it’s better for tax to have them under an AOC.”
Cabotage is another significant factor. The cabotage rules are protectionist regulations derived from shipping. For example, bilateral agreements mean that a British airline can carry passengers from London to New York, but cabotage restrictions mean if the flight also goes on to Chicago the airline cannot normally pick up passengers in New York.
Aruba’s Alexandria Colindres says currently aircraft on that register have some advantages operating within the EU. Aircraft from non-EU registers can qualify for relief of customs duties and VAT. The Isle of Man and Channel Islands, meanwhile, are part of the EU customs territory so aircraft on those registers cannot qualify.
Impact on Aircraft Value
Registration can also affect the value of an aircraft. The US is the biggest single market for business jets, Barber points out, and there is a cost (in inconvenience if nothing else) to transfer an aircraft’s country of registry. “Most buyers are in the US, and most US buyers want US-registered airplanes,” he notes.
Nevertheless, Alexandria Colindres at Aruba notes “We have been noticing an influx in aircraft coming from the Asian and African market.”
So which register is better? The choice is so dependent on how that aircraft will be used and other fine detail that expert advice is required.