Why a Jet’s Past Life Should Matter to Buyers

Many factors impact an aircraft’s pedigree, Jet Tolbert highlights, but the ultimate questions for buyers center on whether certain jets or turboprops could create higher than usual ownership costs, downtime or difficulty to sell.

While there are many factors impacting an aircraft’s pedigree, the ultimate questions for buyers center on whether certain business jets or turboprops could create higher than usual ownership costs, downtime or difficulty to resell. Jet Tolbert discusses…
Following are some general considerations for buyers of business aircraft to help understand a little more about an aircraft’s history and why it matters. This article covers only the tip of the iceberg, and there are always exceptions to the rule. An experienced consultant will be required to evaluate all the risks and opportunities in a potential acquisition.
Moreover, the following observations are made with the assumption that the reader is considering only aircraft of a specific make/model. Each of the factors discussed will affect different aircraft models in different ways.
A Note on Aircraft Total Hours
When comparing two aircraft that are both flown and maintained regularly, generally a lower time airplane will have a lower maintenance cost and higher dispatch reliability, fewer delayed flights and less maintenance required between flights.
This could impact some aircraft types more than others due to items like life-limited airframes and differing inspection intervals. Buyers should keep in mind, however, that some older aircraft could have very low total time having been parked for extensive periods with little or no maintenance. This comes with its own risks and would need to be evaluated on a case by case basis.
Past Maintenance and Damage History?
All aircraft are exposed to multiple factors that can require higher levels of maintenance outside of their scheduled inspections. The mere fact of pulling an aircraft out of the hangar has associated risks of damage occurring (i.e. hangar rash).
The speeds at which aircraft fly and their exposure to weather are going to unavoidably wear on an aircraft over time. Younger aircraft will naturally have less requirements for major repairs compared to an aging aircraft of the same type, so the impact of this type of negative history could be considered as a ratio relative to an aircraft's age.
Over time more airplanes in the fleet will have had higher-level repairs, so the impact on value will be less as it becomes more common within the fleet.
Newer aircraft will also tend to have had major repairs carried out by the OEM while older models may have had more major repairs across the fleet that were completed by third-party maintenance providers.
In either case the repairs could be structurally equivalent to the OEM, or they could vary and require additional inspections throughout the life of the aircraft. If the work undertaken by the third-party provider proves inferior, potential exists for a stigma to be attached to the airplane.
Stigmas associated with major repair work can reduce over time as a specific repair may prove itself, or becomes more of a market norm as other aircraft in the fleet adopt similar work. Buyers should, nevertheless, be aware of these at the time of purchase. 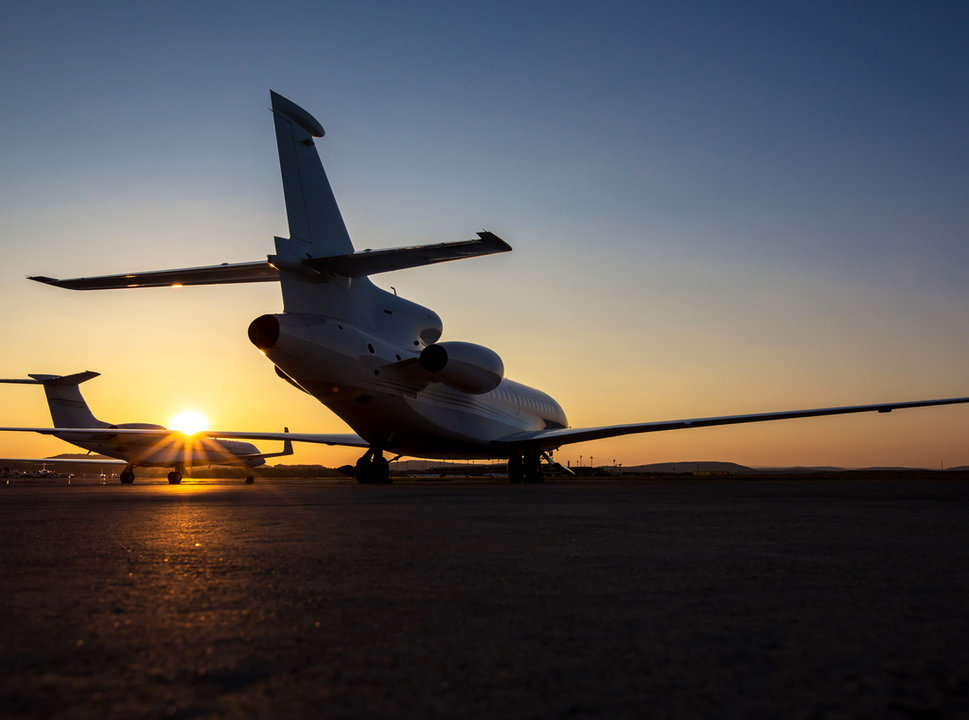 What’s the Ownership History?
When considering the history of an aircraft’s ownership, buyers need to consider:
All the above factors could have impacted the current mechanical condition, record keeping, the pedigree and ultimately the cost of ownership going forwards.
Additionally, foreign registrations could present concerns over corrosion that could remain hidden until the next major inspection.
You should ask; did the private owner have the maintenance personnel to adequately keep track of the maintenance? Was the corporate owner thorough with their repairs, taking the time to address the problems not visible from outside or onboard the aircraft? Is there a history with the previously-chartered airplane being pushed to make trips to generate revenue, creating more wear-and-tear?
These are just a few of the questions a well-versed buyer should be asking. A seasoned acquisition agent should have the connections to check up on the back story of an airplane’s ownership history.
Knowing the Market Value
An open-minded buyer who is fully informed about a business jet or turboprop’s history and is prepared to proceed with the acquisition should next consider its market value.
A buyer must first seek to understand how active the market is, and which aircraft are trading. If airplanes with good and bad history are trading regularly then selection of your aircraft really comes down to looking at the future costs of ownership and market value.
In Conclusion
An aircraft’s past life pertains to its market value and resale-ability, as well as impacting a prospective purchase’s ongoing operations. Of course, no aircraft’s history should necessarily be branded as “bad” – but there are always exceptions. An aircraft’s history undeniably creates opportunity or risk.
Quality is always a buyer’s best bet. Those who pay more now will pay less later. No matter how bad the market gets, the quality airplanes will always sell first, making them less of an expense and more like an investment…
More information from www.americanaircraftsales.com

Buying a Jet in 2019? Questions to Ask Your Brok...
How Should Aircraft Buyers and Sellers Act Today...
How to Choose the Best Used Jet for You