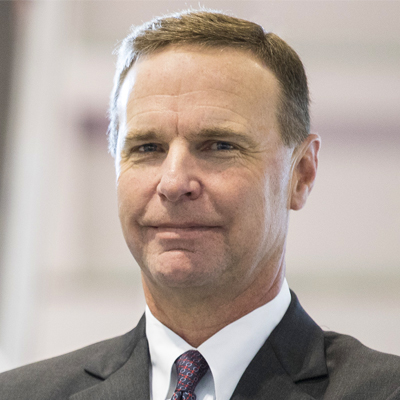 Ed Bolen became the president and CEO of the National Business Aviation Association (NBAA) in Washington, DC, on Sept. 7, 2004.

Prior to joining NBAA, Bolen was president and CEO of the General Aviation Manufacturers Association (GAMA) for eight years. Bolen joined GAMA in 1995 as senior vice president and general counsel. GAMA’s board of directors elected him president and CEO in November 1996.

In 2001, Bolen was appointed by President Bush to serve as a member of the Commission on the Future of the U.S. Aerospace Industry. Established by Congress, the commission’s objectives were to study and make recommendations on ways to ensure American leadership in aerospace in the 21st century.

Bolen was nominated by President Clinton and confirmed by the U.S. Senate to serve as a member of the Management Advisory Council (MAC) to the Federal Aviation Administration (FAA). He chaired the council from 2000 to 2004.

Bolen is a member of the board of directors of the National Aeronautic Association. He also serves on the Aviation Advisory Board of the Mitre Corporation, a federally funded research and development corporation.

Prior to his association career, Bolen was majority general counsel to what is now the Senate Committee on Health, Education, Labor, and Pensions. He also served as legislative director for U.S. Senator Nancy Kassebaum (R-KS) and was a key player in the passage of the General Aviation Revitalization Act of 1994.

Bolen received his Bachelor of Arts in economics from the University of Kansas. He is a graduate of the Tulane University School of Law and holds a Master of Laws degree from Georgetown University Law Center.

Bolen, a recreational pilot, is also a competitive tennis player and former captain of the University of Kansas varsity tennis team.

Founded in 1947 and based in Washington, DC, the National Business Aviation Association (NBAA) is the leading organization for companies that rely on general aviation aircraft to help make their businesses more efficient, productive, and successful. The association represents more than 11,000 companies and professionals and provides more than 100 products and services to the business aviation community, including the NBAA Business Aviation Convention & Exhibition (NBAA-BACE), the world’s largest civil aviation trade show.

To read the transcript for this podcast, click here.

What's it worth? How to Value an Airplane (Part ...
Business Aviation in the Post-pandemic Era
The Value of Digitized, Organized, Searchable Ai...