As capabilities grow for cabin connectivity, so will expectation. You’ll need to keep ahead of the curve, and a cabin refurbishment offers a great opportunity to do so...

Kate Dolan got her start in aviation as a technical writer for Duncan Aviation's Engineering and... 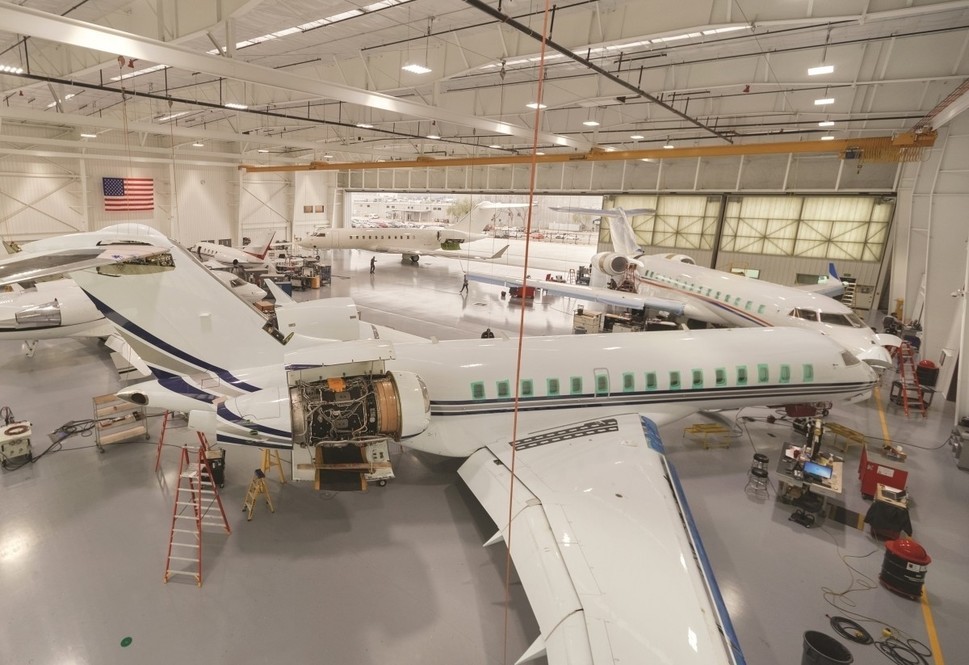 Business Aviation passengers expect to be fully connected with the ground while in-flight, notes Duncan Aviation’s Katie Dolan. As capabilities grow, so will expectation, meaning you’ll need to keep ahead of the connectivity curve. A cabin refurbishment offers a great opportunity to do so...

Owners and operators seeking to install cutting-edge solutions for aircraft connectivity aboard their aircraft, now and for the future, must understand the options available to them.

To remain connected as you fly around the world, operators need to consider satellite-based services (i.e. Ka-band, Ku-band, Inmarsat, SwiftBroadband or Iridium). Terrestrial-based systems offer coverage over the continental United States, with some coverage extending into Canada and continental Europe.

Terrestrial solutions are fine if your short- to mid-term plans exclusively include flying where ground stations are available – but if you foresee your current mission changing to include overseas operations, you’ll need to consider expanding the type and capability of connectivity solutions.

As noted by Steve Elofson, Duncan Aviation’s Avionics Service & Sales Rep, “When it comes to aircraft connectivity today, you have plenty of options”. With that in mind, don’t postpone understanding the possible solutions to your medium-term needs when planning your next cabin refurbishment.

Connectivity: What are Your Satellite Options?

Iridium:This satellite-based system has a network providing mostly voice and texting services due to its lower connectivity speeds.

Ku-band: Offering coverage in populated areas of the world, this satellite-based service has download speeds currently reaching about 1mbps. There are upgrades in process for Ku-band performance to match Ka-band.

Greater speeds mean cabin occupants can live-stream data (including video conferencing and live TV). Accessing the Internet with little-to-no latency becomes possible, as does sending and receiving email with or without attachments, and accessing social media apps.

How to Save Time & Money…

To install the equipment needed for an Internet connection, your aircraft’s sidewalls (if not the entire interior) will need to be removed. That is the key reason why, if you’re already planning to refurbish your interior, you will want to consider adding an Internet connection or upgrading your current connectivity.

The downtime for installing the equipment necessary for a new or upgraded Internet connection is typically two-to-four weeks. A full interior refurbishment will likely take slightly longer.

If you complete the projects concurrently, the equipment for Internet connectivity can easily be installed during the downtime necessary for the refurbishment, and it won’t typically add time to the work scope.

Additionally, some costs associated with installing an Internet connection are for the labor necessary to remove and reinstall the interior. By combining an interior refurbishment with a connectivity upgrade or installation, you’ll save on the labor costs.

What Are the Mistakes to Avoid?

As with our terrestrial-based mobile devices and Internet systems, new equipment and technology advancements are constant. As passengers aboard business aircraft require higher speeds, service providers are complying with upgrades to infrastructure and equipment.

To take advantage of most of the services providing faster speeds, you’ll need new equipment installed in your aircraft. Supplemental Type Certificates (STCs) are often required for these systems. STCs typically lag behind the new technology and equipment, however, so find out which makes and models are covered by existing STCs before deciding on a new service.

If your make/model is not currently covered by an STC, one can be developed - but that action will create additional downtime.

Not only does the service coverage and connection speed vary from provider-to-provider (as mentioned above), but costs do as well. You’ll typically pay more for faster connection speeds, and satellite-based systems are generally more expensive than terrestrial-based systems. Do your homework before selecting your solution.

Connectivity Considerations Before You Sell

If you’re thinking you’ll get away from the whole connectivity issue by selling your aircraft, think again. “If you’re selling your aircraft to a buyer who will put it on a Part 135 Charter certificate, the buyer will definitely want an Internet connection, and that definitely affects the value of the airplane,” warns Duncan Aviation’s Aircraft Sales Representative Doug Roth.

“Lack of cabin connectivity will induce a drop in the sale price by the cost of installation," he adds.

"Because the aircraft will be removed from service for the duration of the installation, factor in the cost of the downtime to the charter company, as well, which will translate as a further deduction in the purchase price of the aircraft.”

Roughly 75-80% of the buyers of private aircraft want connectivity, notes Roth, so an Internet capability adds to the value of the aircraft and should be a major consideration when time comes to refurbish your aircraft for a sale.

“Even for the small number of owners who see zero value for themselves in having a connected aircraft, we point out that installing Internet adds at least 50% to the resale value of the aircraft,” Roth concludes. “The majority of buyers looking for aircraft today want an Internet connection.”

Kate Dolan got her start in aviation as a technical writer for Duncan Aviation's Engineering and Certification Department in 2008. Transitioning to the Marketing Department allowed her to broaden her focus to Duncan Debrief magazine, content for the Duncan Aviation website (www.DuncanAviation.com), StraightTalk books and other marketing materials as needed.

Kate Dolan got her start in aviation as a technical writer for Duncan Aviation's Engineering and Certification Department in 2008. Transitioning to the Marketing Department allowed her to broaden her focus to Duncan Debrief magazine, content for the Duncan Aviation website (www.DuncanAviation.com), StraightTalk books and other marketing materials as needed.