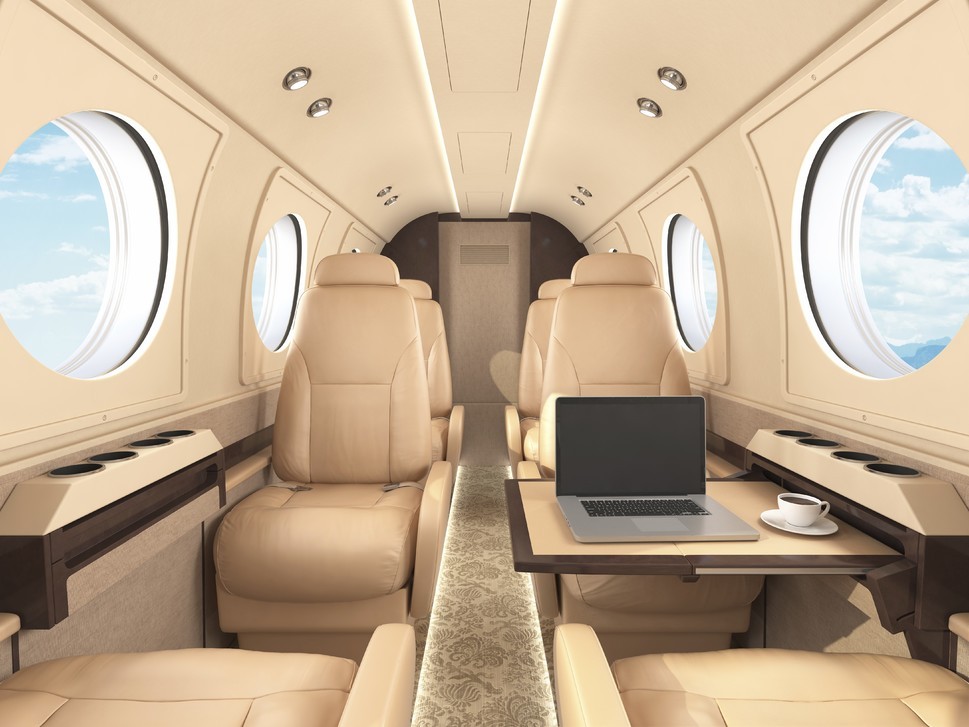 Within Act 2, Scene 1 of Shakespeare’s The Tempest, Antonio's exchange with Sebastian hints at the characters' opportunities to control their future – the unchangeable past being only an influence.

Likewise, operators of older business aircraft can look to the recent past of BizAv equipage to embrace a future for their older aircraft. The Completions industry and the new aircraft equipment lists can serve as a guide since much of what goes into new aircraft can be retrofitted to most existing aircraft.

Many operators prefer the economics of upgrading their existing aircraft, with options that deliver capabilities comparable – or identical – to gaining the abilities available with a newer aircraft purchase.

The upgrade path offers benefits and technologies unavailable when the aircraft first flew.

Options stretch from the cockpit through the cabin and, in turn, allow the operator to retain a proven airframe while providing passengers and crew new aircraft-comparable equipment and capabilities. Within the scope of this article we’ll focus on the cabin.

Regardless, in many cases the upgrade will cost significantly less than replacing the aircraft to gain the same level of capability. Across size categories, upgrade options are available from Small to Large Cabin aircraft.

Technology that allows busy workers and executives to maintain office-like connections to the world increasingly pervades new aircraft cabins. They provide a new range of options for retrofitting and upgrading existing aircraft.

Consider this: Gulfstream's new Satcom Direct Router (SDR) is available on new G450 and G550 aircraft, but is also available as a retrofit system on the same airframes. Passengers can download an app on their smartphones to access Satcom’s GlobalVT service. And there's more in store: Gulfstream plans similar FAA STCs to add this cabin upgrade to its G650, G650ER, GV and GIV aircraft.

Yet this capability isn't merely a Gulfstream option. A number of similar options that are not OEM-specific or OEM-originated exist for other aircraft makes and models all the way down to piston singles. BendixKing's AeroWave SB100, for example, is a lightweight, Ka-Band system sized for everything from piston aircraft through Small-Medium jets and most turboprop airframes in between.

The furnishings of a well-used aerial office signal the age and mileage of a business aircraft the instant you step into the cabin. Adding or upgrading office hardware aboard the aircraft often involves removing and replacing furnishings in order to remove and install wiring and systems for the new hardware.

Such times, say refurb shops, are ideal to give the furnishing and finishings their own makeover.

The degree to which an operator pursues this upgrade varies widely. Some opt for incremental work, replacing and restoring bright work, carpeting and headliners for minimal-costs.

Others go further, sometimes as far as a complete cabin makeover including seats, foam, upholstery, lights, metalworks, sidewalls and headliners. New galleys and, of course, lavatories can all become part of the process.

The finance folks can help sort out the better approach – as long as they make an apples-to-apples assessment with cabin touches, matching what a different aircraft provides.

One often-overlooked improvement is the cabin window. Years of exposure – to sun, de-icing fluids and atmospheric pollution can render these ‘transparencies’ somewhat short of transparent.

New technologies in aircraft transparencies offer new functionality, including electronically dimmed windows and different types of shades. Of course, a straight replacement with new versions of the originals may be all that's desired or approved.

It's essentially a decision with both economic and comfort components attached.

Ditto for modernizing the curb appeal of older business-turbine aircraft with new external paint: such a project takes time and may be best done when the aircraft is already scheduled to be in the shop for other maintenance needs.

Among latest and most-popular of options available to older aircraft is in-flight entertainment. The general capabilities include the ability for passengers to use their personal smartphones to make calls, surf the Internet and exchange email and files from, and to, virtually anywhere in the world with a connection.

Many avionics-and-airframe STCs exist to carry forward the digital revolution to many other analog and early digital-era aircraft, including in-flight office capabilities, in-flight entertainment and global Internet access - thanks to satellite systems orbiting in the same space as GPS satellites.

Alternatively, an operator can opt for ways to bring a little R&R to the main cabin. Whether Bombardier or Gulfstream, Citation or Learjet, Embraer, Falcon or Hawker, systems exist that allow passengers to watch live television or listen to music – both streamed from a satellite connection or via DVD, CD or a personal media player.

So what is needed to help fulfill your professional pursuits in-flight, or help you unwind en route home? How much new utility would an upgraded cabin add? How much maintenance money and time would be saved? Sorting out the financial aspects should run parallel with deciding what's needed – and how to accomplish the desired upgrades.

Keeping that still-relevant aircraft no longer means going without today's modern touches and capabilities. It does mean deciding what's needed, how to finance the changes, and when to schedule the work.

And remember to plan alternative lift while the work’s being done to help staff stay mobile and efficient.

Find Aircraft Completions and Refurbishment companies in the AvBuyer Directory.