Repainting Your Jet? How To Do It Right

What does having a business aircraft repainted involve, and what should owners and operators keep in mind when planning for the process? Gerrard Cowan speaks to the experts…

A business aircraft’s paint design is a key aspect for many operators, sealing positive first impressions and supporting marketing efforts more widely. However, if you’re thinking of touching up your platform’s livery, there are a few key tips to bear in mind, according to industry experts.

RUAG has its own aircraft painting hangar at its maintenance, repair and overhaul (MRO) facilities at Munich-Oberpfaffenhofen, where it works with operators, private owners and other aircraft MRO companies on a wide range of aircraft, from the full series of Bombardier and Embraer platforms to select Gulfstream series.

For repainting, the process involves stripping the existing surface coating, with a subsequent inspection to identify and treat any damage from weather environments and operating conditions. RUAG then applies an additional sanding process to ensure base coat integrity, before the aircraft is treated with a primer.

The aircraft then receives corrosion protection, before surfacing work and a topcoat, leading to the final design application.

The process is the same for new, unpainted aircraft, says Karl, though without the need to strip an existing coating.

Every Five to Seven Years

According to Angie Coleman, completions and modifications sales spokesperson at Duncan Aviation, operators should consider repainting their aircraft every five to seven years, and ensure they use a facility that is authorised by the appropriate governing aviation authority, such as the FAA or EASA.

Duncan Aviation provides paint services for a wide range of business aircraft at its facilities in Provo, Utah; Lincoln, Nebraska; and Battle Creek, Michigan. Coleman notes that there is a range of legal requirements that need to be followed.

For example, the light reflectance value of an aircraft’s registration number must differ significantly from that of the surrounding paint. 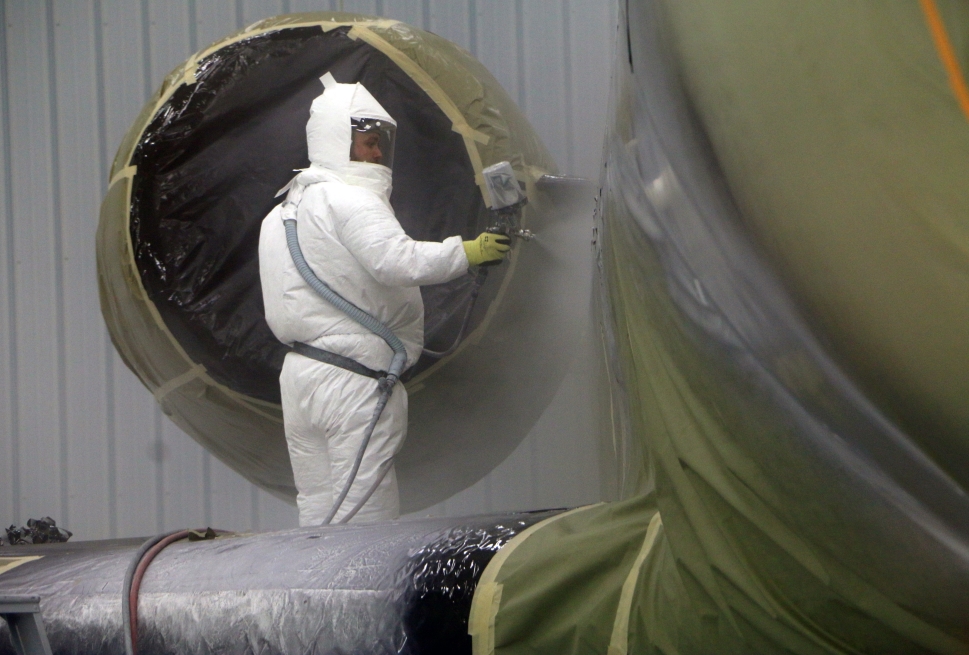 The designers can also create different schemes for operator review, even if the operator is unsure of what they want, Coleman adds. The designers will then produce a rendering of the design.

However, Coleman warns that business operators should never make decisions on paint colors or design based only on a rendering.

They should also request a manufacturer paint sample, because sometimes a rendering’s appearance can be affected by the computer monitor on which it is being viewed.

“Maybe you’re looking for a certain shade of grey, and on the computer screen it looks grey but is really more of a blue,” she illustrates. “Renderings are good to see what the actual scheme will look like on the airplane, but as far as color selection and approval go, make sure you get a paint sample.”

Karl said that operators should optimize a scheduled downtime to include aircraft painting, ensuring time and cost savings. “One downtime, one location – maximum services,” he says.

Marilyn Nieves is project manager at Gama Aviation’s Fort Lauderdale Executive Airport operation, which provides paint services in a range of areas and works on varying sizes and types of business aircraft. 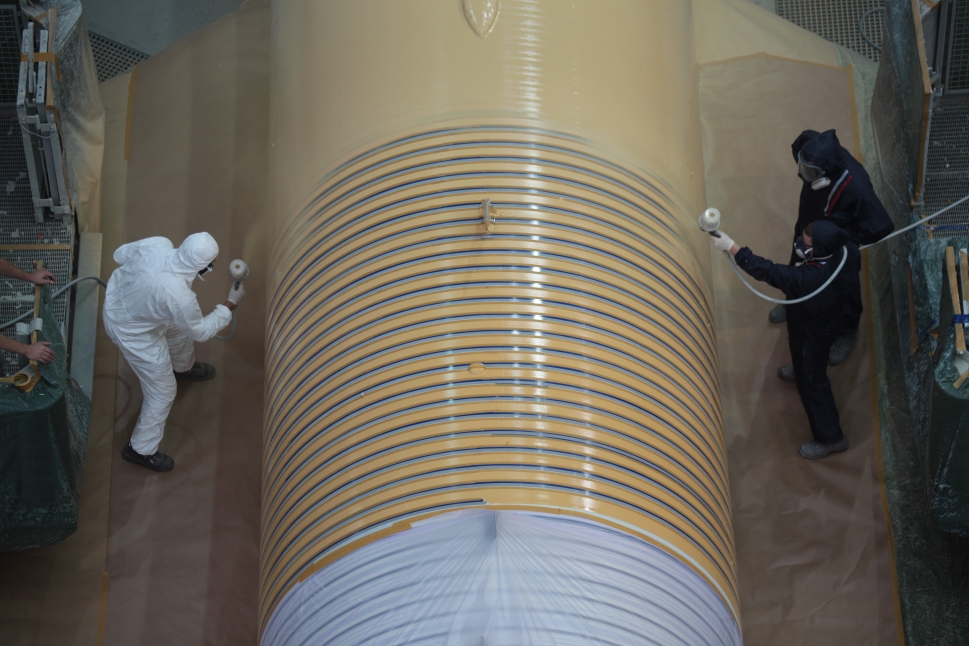 Because the aircraft must constantly generate revenue, operators want them to be down for as short a period of time as possible, “so when you're painting an aircraft and you are interested in doing the interior, it's best to get everything done at the same time”, she says.

Because different companies approach the paint job in different ways, it is essential that operators understand the process, Nieves adds, and that they work closely with their supplier on developing their approach.

The design itself depends on the particular customer, and can range from a basic design of a white aircraft with two stripes up to a far more complex vision.

Many companies wish to display their own logo or colors on the aircraft, Nieves explains. Because they may want to sell the aircraft further down the track, it can make sense to apply a non-permanent solution – for example, through the use of vinyl graphics, so that “when they do go for resale it doesn’t impact the value, because those graphics can easily be removed”.

Aviation analyst Brian Foley says that using a high-quality paint could also aid the operator if they eventually decide to sell the aircraft, as “having a paint job towards the top end of the scale permits a seller to ask a higher price and potentially sell the aircraft faster”.

He also advises operators to arrange for appropriate hangar facilities to protect their aircraft, including its paint design. However, Foley believes that incorporating a logo into an aircraft design can have negative consequences for operators, who could risk criticism based on environmental factors, or potentially incurring shareholder displeasure over the initial purchase.

“I would advise not to have a company logo for reasons of security and anonymity,” he says. “Not only do you telegraph your location to competitors and the general public, but you could be exposed to flight shaming and shareholder discord.”

How to Refurbish an Embraer Legacy 500 In Style
How and Why Would You ‘Phase’ a Refurbishment Pr...
What Does it Take to Diamond Coat a Jet?