What role does the flight department have in alleviating the dangers of drones? 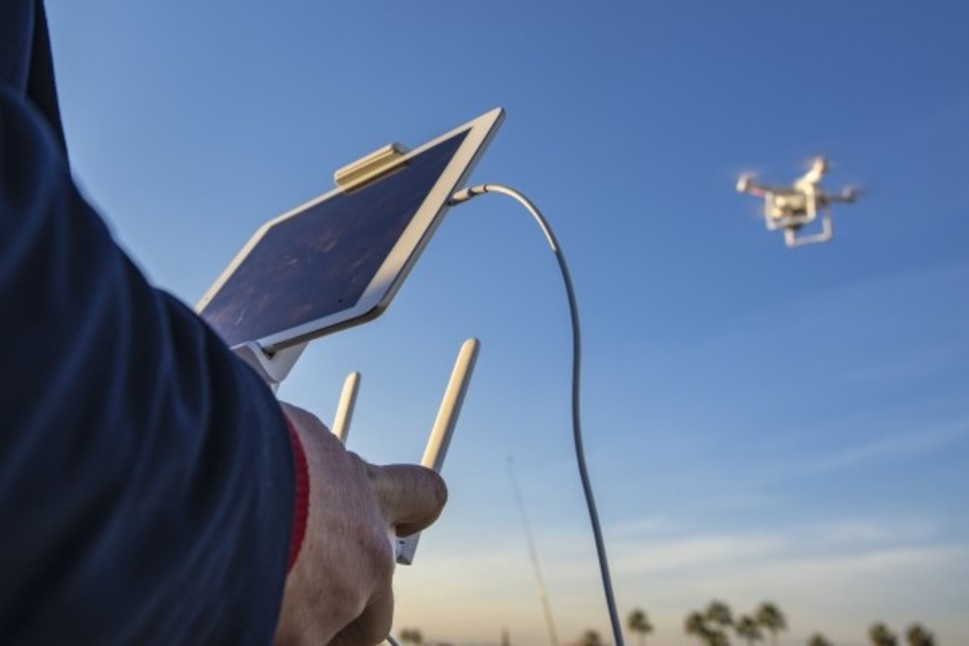 In August 2015 a drone nearly collided with a medical helicopter transporting a patient to a hospital in Fresno, California, notes Mario Pierobon. How should your Flight Department be trained to deal with drone encounters?

Flying at approximately 1,000 feet altitude, the pilot of the medical helicopter spotted a large drone directly in his flight path. Thanks to his swift reactions, the pilot manoeuvred to avoid the drone, preventing a potentially catastrophic collision by about 20 feet. The incident occurred just two miles from Fresno Yosemite International Airport in a no-fly zone.

The context of the Fresno occurrence provides opportunity to reflect on an emerging hazard to the safety of flight for aviation generally, including all aspects of Business Aviation. Over the last few years drone technology has developed significantly, posing new challenges to aircraft operators and air traffic management alike.

Such is the threat that international licensing and requirements are being developed for drone operations, specifying how remotely controlled vehicles should be integrated safely and legally into the airspace they occupy.

In the meantime, the risk of mid-air collision with drones is receiving the attention of many crews. In the commercial airline world several air safety reports have been made public in recent times regarding near collisions with drones, predominantly in the vicinity of airports.

Earlier this year the European Aviation Safety Agency (EASA) created a task force to assess the risks posed by drones—focussing on the review of all relevant occurrences; analysing  existing studies on the subject; studying the vulnerabilities of aircraft (i.e. windshields, engines, and airframe); taking into account the different categories of aircraft and their associated design and operational requirements; as well as exploring the possibility for further research and for testing (on windshields engines and airframes, etc.).

But what can the safety-conscious Flight Department do to deal with the emerging risk of collision with drones as it waits for international safety requirements to be developed and enforced?

Preparing for the Unexpected

Currently it is very much down to individual Business Aviation operators to deal with the potential of collision with drones. As a part of continuous improvement of aviation safety management the hazard registers should be kept fully up-to-date, and the hazard of uncontrolled drone operations in airspace should be given due consideration.

As drone activities are still only emerging, near-misses with manned aircraft are still quite rare. Yet there should be no room for complacency within a flight department towards the threat faced.

It is very unlikely that a flight-crew will detect a possible collision-threat posed by a stray drone via the Traffic Collision Avoidance System (TCAS) as a drone is unlikely to be fitted with a transponder. More likely, the risk of collision will be visually recognised as the crew spots a drone is in the flightpath – in which case the standard procedure (to be stressed as a control mechanism in the hazard analysis) is to initiate a controlled turn to the right.

Yet there are many circumstances in which the drone may not be visually detected, either because the field of view doesn’t permit, or because its presence is simply not perceived by the flight-crew.

Both instances could lead to a collision necessitating the need for the applicable emergency procedures to be initiated (depending on the result of the collision).

Pilots already have many tasks to accomplish in flight, especially during the phases of flight when the risk of collision with drones is heightened such as take-off or final approach.  Nevertheless, an additional control measure to include in the Flight Department’s hazard training is to insist that flight crews appreciate that a collision with drones is within the realms of possibility.

Crews should be prepared to detect uncontrolled drone operations, and be fully cognizant of what procedures to follow should a drone strike occur…