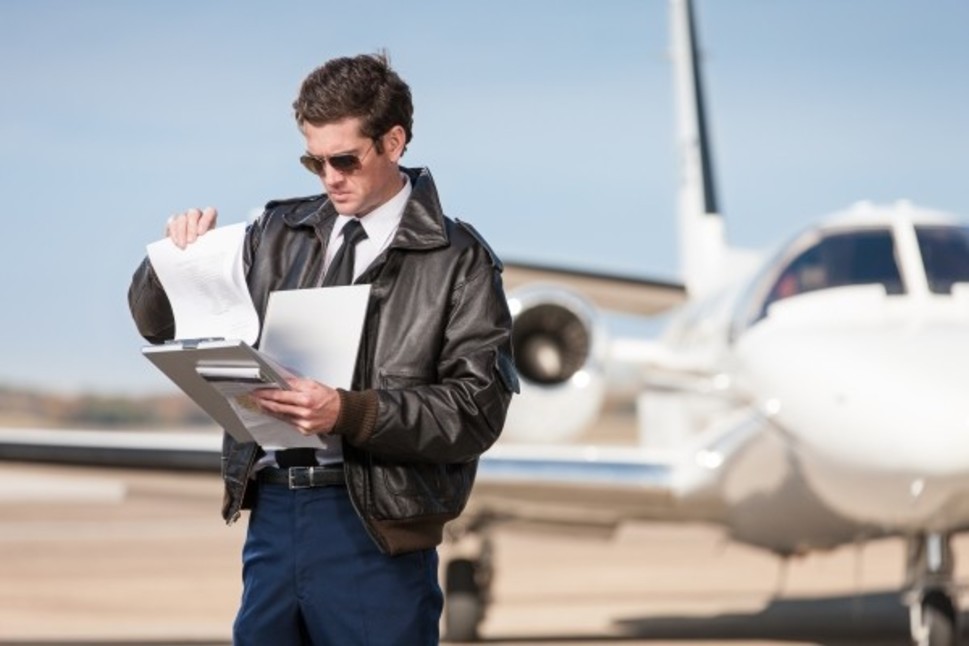 From the start of flight training, through every rating upgrade and type-rating check ride, pilots hear their instructors drill them on the proper use of aircraft-appropriate checklists, notes Dave Higdon. So why the worrying trend for accidents caused by lapses in checklist use?

As pilots advance, their checklists necessarily change. Those essential elements of aviation grow from a single plastic-laminated card into thick binders.

As one might expect, the one-page checklist for a straight-forward, simple vintage single-engine piston aircraft covers fewer details about systems than the checklist for a more-complex multi-engine business-turbine aircraft. And then there's the Pilot Operating Handbook, which goes into more details about systems, their design and function, and their emergency procedures.

Regardless of aircraft type, size, speed and range, however, the purpose of these documents remains unwavering: To help pilots ascertain whether the aircraft is airworthy and ready to fly before the pilot starts the powerplant.

Designated examiners grade pilots on their use of check-lists, and instructors who provide recurrent training follow the same practice monitoring both the use of and adherence to the documents. So it is somewhat inexplicable to read several of the NTSB’s accident reports of recent years.

Specifically, reports have pointed to the flight crews’ failure to properly employ the aircraft checklists as an element in the accident’s probable cause. In some cases the checklist was partially used or misused; in others, investigators found no signs to confirm the flight crew used the checklist at all, thanks to Cockpit Voice Recordings (CVR) being completely void of the voices of the flight crew running through the document.

If ever an example of a human-factors failure exists in aviation safety, these reports confirm them.

The failure to fully follow check-list guidance emerged full-blown when the NTSB issued its report on the runway overrun crash of a Gulfstream GIV at Laurence G. Hanscom Field (KBED) in Bedford, Massachusetts. All seven souls aboard the twin jet perished.

The board’s investigation discovered that the crew habitually neglected the pre-takeoff checklist; they also failed to use the operating company's proscribed “challenge-response” system in which one crew member calls out items verbally and the other crew member verbally responds to confirm the action on that item.

As with many bad habits that humans develop, this systematic failure led the crew to their demise – along with the other five persons on board—after  the crew attempted to take off with the gust lock engaged. The jet overran the runway end, crashed and burned without leaving the ground – all because of a failure to confirm free-and-full control motion as proscribed in every aircraft checklist.

In the probable cause report released in early September of 2015, the NTSB asked NBAA to study flight-crew compliance with checklist procedures.

NBAA agreed to take up the task, analyzing existing data to check for compliance with manufacturer-required routine flight-control checks before takeoff, and providing the results of this analysis to its members.

The process helped highlight the entire issue of checklist use, and NBAA’s report provided some sobering information. The NTSB’s recommendations also included a request that the International Business Aviation Council (IBAC) establish standards for verifying operators’ use of checklists, including adopting a challenge-verification-response format whenever possible.

Research into other G-IV gust locks revealed that throttles moved between 18 and 23 degrees with the locks engaged – almost four times the standard. The NTSB wants the change to ensure that flight crews receive an unmistakable warning at the start of take-off if the gust lock is engaged through the throttle-movement restriction so the locked controls are apparent even if a flight crew fails to check for free and full-range movement of the other flight controls.

The Results Are In, and Disturbing...

On September 20, 2016, NBAA published its report, titled ‘Business Aviation Compliance with Manufacturer-Required Flight Control Checks Before Takeoff’. It analyzed 143,756 Business Aviation flights made between January 1, 2013 and December 31, 2015 and found that on average 15% of those flights began with only a partial flight control check and 2% began without a full, valid check.

The report defined a valid flight check as the stop-to-stop deflection of all flight controls specified by an OEM’s aircraft flight manual (the check overlooked in the Hanscom Field accident). More disturbing, the report also found failures to follow pre- and post-flight checklist items in areas other than control movement, adding urgency to the entire issue.

In the Executive Summary of the association’s report, NBAA President & CEO Ed Bolen said, “As perplexing as it is that a highly experienced crew could attempt a take-off with the gust lock engaged, the data also reveal similar challenges across a variety of aircraft and operators.

"This report should further raise awareness within the Business Aviation community that complacency and lack of procedural discipline have no place in our profession.”

Among the recommendations NBAA made was that operators establish flight-data monitoring programs (something a mere 1% of operators currently do), and for operators to participate in a formal data-sharing program similar to an existing, successful government-industry program known as the Aviation Safety Information Analysis & Sharing System (ASIAS). ASIAS focuses on the root causes of accidents in order to prevent their recurrence.

The NBAA study also urged OEMs to provide clearer requirements for pre-departure flight-control checks. But with such a diverse group of operators as exists in Business Aviation, some of these recommendations will take more effort and oversight than normally found in many flight departments. 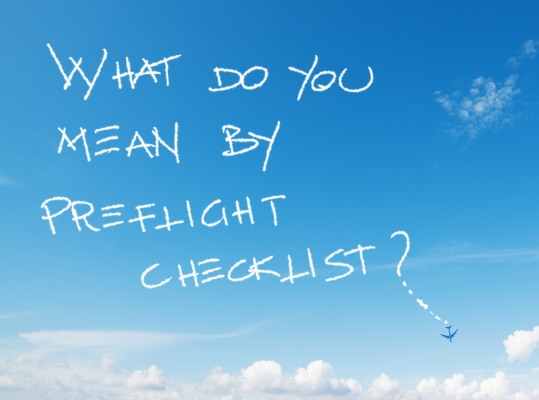 Pilots who undergo recurrent or new-type training at professional training companies may find that the checklist used in the training environment differs from the one in the aircraft itself.

OEMs produce checklists and manuals for their aircraft. Part 91 operators are, however, free to modify or create their own versions tailored to their operation – without FAA oversight. Conversely, training organizations use checklists tailored to their simulators, based on the factory document. And commercial operators and fractionals can get approval from the FAA to modify the OEM’s checklist to fit their particular operation.

The variation that results can be a source of confusion and mistakes. The closest thing to a viable solution is diligent adherence to the document approved for, and used in the aircraft.

For aircraft flown by a two-pilot crew, the challenge-response method can provide consistency and assurance that all the points have been dealt with – per the document used in that aircraft.

Instructors for professional flight training companies suggest that alternating the roles of crew members also helps avoid complacency while increasing the odds that all the items will be addressed in the correct order. They stress that the discovery of any aberration or item that doesn't align with the checklist should be considered a cause to return to the ramp – assuming the aircraft has already taxied off the ramp.

Finally, as more aircraft boast digital panels capable of displaying the aircraft check list, it's incumbent on the operator and the crew to ensure that electronic and paper check lists match – exactly. Otherwise, how is the crew to know which list to follow? A mistake here could produce grave consequences.

The focus on checklist use becomes more acute outside the realm of two-pilot operations. Who is to provide the challenge in a single-pilot operation? That sole pilot can provide an internal check, several flight instructors suggest, by repeating the check list from the end back to the top.

“It requires patience, it requires focus, and it shouldn't be combined with other tasks,” said one instructor.

“The repetition can become monotonous, particularly for the single-pilot operator who flies frequently. It’s easy to begin to think you’ve got it all committed to memory, but that’s exactly when failing to follow the document page-by-page can bite you on the empennage. Any interruption of the process should take the pilot back to the top to start again.”

Interestingly, the majority of accidents reviewed in which failed, partial or total lack of checklist use factored into the event befell aircraft flown by two-pilot crews.

But since most aircraft flown by a single pilot lack a CVR, it’s difficult to know whether some accidents and incidents resulted from the single pilot’s failure to adhere to the check-list. Hence the recommendation to run through the list twice – top to bottom, then bottom to top.

It’s better to be a few minutes late than a late pilot...