A long-time pilot friend recently extended an invitation to visit the base from which he flies for a major business aircraft operator in the Southeast US. “The scenery will already be changing in New England and spread south along the mountain chains,” he coaxed. “There's no more picturesque season than Autumn – and for General Aviation pilots the experience is all for us!” 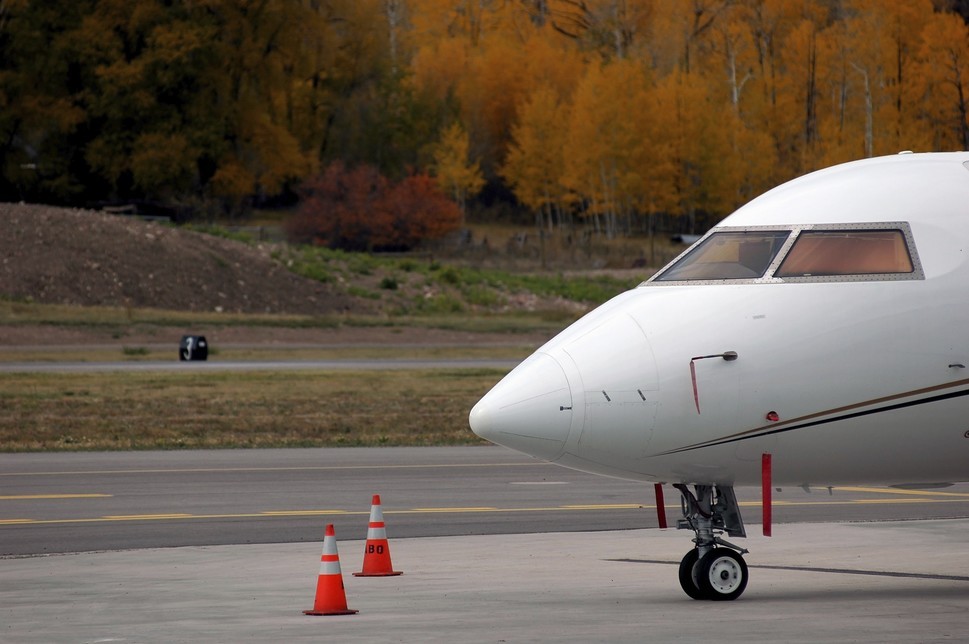 He was, of course, correct in his observation. The foliage begins changing in late summer up in the Berkshire Mountains of New England and the extravaganza of colors flows west and south until the trees go bare, their brown, gold and red coating the forest floor.

Accompanying the autumnal change, however, are weather variations produced by the changing patterns in the Earth's heating and cooling cycles, patterns at once familiar and unpredictable. For veteran Business Aviation users and crew, the most-familiar element is that very unpredictability. Those in the Lower 48 like to lay the blame on Canada â€“ but its climate physics that really deserve the blame. Consider the following weather wild cards as they rapidly near touchdown in the Northern Hemisphere...

Business Aviation user Jimmy Buffet sings about the influence on humans of changes in latitude. Weather shifting its latitude comes into play with every change in season, but few things in the world change location quicker than the weather facing a fast-flying aircraft. According to numerous studies along with years of statistics and pilot confessionals, pilots who fall into this situation generally fall into one of two categories: those who insufficiently looked at the forecast for their route, and those who did, but for whom that attention mattered little. The common phrase linking so many reports: â€œThe weather wasn't as forecastâ€.

Itâ€™s basic science: the changing angle of Earth's rotation axis sets up a shift in the planetâ€™s heating and cooling patterns. The northern regions feel it first; the ever-lower peak sun angle progressively lets the Arctic air begin to sink south, while in the south the same heating-cooling changes follow along. Sometimes the changes operate at velocities that are unexpected and the weather either fails to improve as forecast or, conversely, it deteriorates unexpectedly.

Fortunately for the seasoned business aircraft crew, today's access to live weather information exceeds anything available in the past. Better still; the velocity of access to current information is extremely quick. The Aviation Digital Data Service (ADDS) produced by the National Oceanic and Atmospheric Administration (NOAA) and the National Weather Service (NWS) together â€“ with FAA funding â€“ offer the full spectrum of weather information as well as information on the joint FAA-NBAA â€œGot Weatherâ€ program http://www.aviationweather.gov/adds/.

Itâ€™s sad to say, but the high efficiency of the altitudes at which a business-turbine crew typically flies serves to exacerbate the challenges. At no time of the year do air temperatures in the Flight Levels remotely approach â€œbalmyâ€ or â€œwarmâ€ â€“ unless you speak in relative termsâ€¦ A â€œwarm dayâ€ is one in which the temperatures at the Flight Levels are warmer than the standard lapse rate would predict; when at FL250 the temperature is â€˜onlyâ€™ -20Â°F (rather than the standard -30.2Â°F), or -60Â°F at FL370 (instead of -70Â°F).

If business aircraft users and crew gain any specific benefit from the arrival of Fall it arises from the reduced difference between the temperatures on the surface and at altitude. The result is generally less convective weather and the turbulence spawned by the higher temperature differential. Up high, however, swings in cloud tops can challenge the anti-ice equipment of any aircraft, at any time of the year. Nonetheless, we still feel the sting of autumn weather as we descend, and ever more so below FL180 â€“ altitudes at which the speed and severity of weather swings become more influential.

And as temperatures drop the need to remember to consult a low-temperature correction chart becomes necessary to arrive at a proper altimeter setting for those lower temperatures â€“ otherwise, the error can be sufficient to put a pilot closer to the ground than desired, and at risk for an unhappy outcome.

Beyond the heights at which business-turbine aircraft soar, the other most common factor to offer weather challenges stems from the ability of even modest light business aircraft to transit long longitudes in a matter of hours. Time zone changes equate to longitude changes in influence. If you cross enough of those lines (lines of Longitude or time-zone borders) you can find yourself in another world where weather is concerned.

Consider, a piston-single capable of 175 knots can cover more than 1,100 miles in five to six hours â€“ non-stop. The slowest propjets can deliver this distance in about four hours. Even a â€œslowâ€ business jet can make that same trip in under three hours. Yet pilots of all three types face the same possibility: Encountering weather challenges unmentioned in their briefing only a few hours earlier.

Itâ€™s shameful that too many pilots prepare insufficiently for their trips - particularly shorter trips - by checking ahead by one, two, even three hours for what might arrive prematurely. Too many accident and incident statistics point to pilots who use their Mark II EB (their eyes) for their weather brief when beyond the horizon, the tops of cumulonimbus clouds spawn Mother Nature's most-concentrated and most-violent weatherâ€¦

The longer the trip, and the more the airplane changes latitude and longitude, the higher the prospect becomes of encountering conditions vastly different than at the departure point. The pilot flying even the most-modest light business aircraft enjoys multiple options to access nearly live weather-graphics and up-to-the-minute condition information. The wonders of microprocessors and software give pilots a host of options to stay on top of the weather, in advance of encountering it, and reduce - if not eliminate - the element of surprise from the weather-condition equation.

METARs typically come from airports or permanent weather-observation stations, generated once every 30-60 minutes, while if conditions change significantly, a report known as a special (SPECI) may be issued. The equipment and provider delivering the data must match-up, and the providers charge a subscription fee for the service.

The FAA offers a similar service to aircraft equipped to receive ADS-B In broadcasts from a nationwide network of ground stations. The Flight Information Services-Broadcast (FIS-B) delivers the same information for display on a cockpit screen. But with the proliferation of ADS-B In receivers, that display need not be an installed Multifunction Display. Options for obtaining this service range from dedicated portable ADS-B In receivers to ones that can display on a tablet â€“ such as the ubiquitous iPad â€“ through a wired or wireless connection.

Whatever the option deployed, fall flying makes this type of service a true value for avoiding conditions nobody wants to experience first-hand.

Wherever you are or plan to go, autumn generally delivers the weather dynamics that make flight planning an exercise in judgment, often challenging the desire to make every flight direct. By way of conclusion, some tips gleaned from veteran pilots with first-hand experience leads us to the following brief list of suggestions for avoiding the worst that fall offersâ€¦

â€¢ Ahead of the curve: Begin weather-watching at least two days ahead of the planned departure date to gauge the movements of storms and fronts that may cross the route. The best decision may be to fly earlier than planned and beat the weather to the punch â€“ or, to postpone until the inclement conditions pass.

â€¢ The value of flexibility: Sometimes you can't â€˜get there from hereâ€™ (at least not direct). Dogleg routes may add time and fuel to the trip, but they allow you to make progress without encountering Mother Nature on one of her bad days.

â€¢ Alternative thinking: Conditions at an arrival airport may preclude any possibility of landing â€“ and can sometimes be discerned well before the start of the trip. Consider alternatives that put you close enough to make the travelers happy but far enough away to avoid the risks at the airport.

â€¢ Weather happens: Never lose sight of the reality that fall weather can suddenly develop that was neither expected nor in the forecast; such an encounter may require little more than a course correction â€“ or it may require the 180-degree escape-maneuver turn.

â€¢ Delay of game: A premature blizzard; a late-season tropical depression; a Canadian Clipper; a cross-continent occluded frontâ€¦ the various ways weather can confound our best-laid plans occasionally confound the best of plans and the highest in technology. Those are days when it's good to remember the old aviator's adage: Better to be on the ground, wishing to be up there, than up there wishing that the plane was still on the ground.

Few trips necessitate the life-threatening potential of challenging Mother Nature at her worst and a day's delay. Even a week's delay seldom carries the cost of a flight gone wrong. As the seasons change over the next month, adapt your planning accordingly and stay safe!