A costly cockpit implementation or a costly omission? 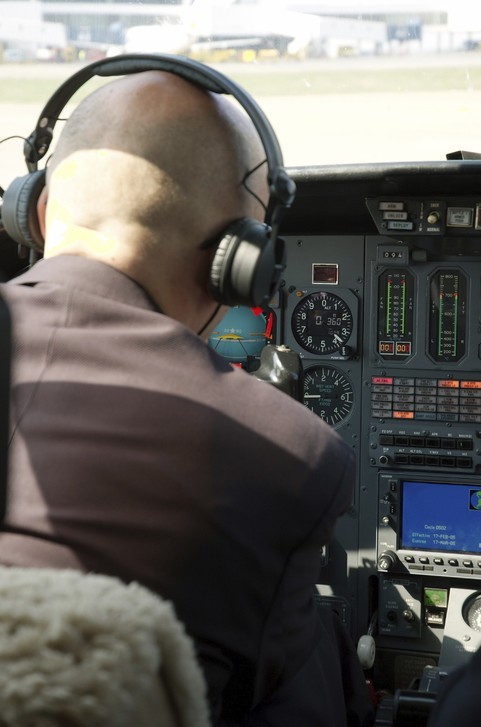 Using a case study from a 2008 accident, Mario Pierobon considers the value of Flight Data Recorders and Cockpit Voice Recorders within the cockpits of smaller business jets…

On 30 March 2008 a Bermuda-registered Cessna Citation 500 departed London Biggin Hill Airport in the south of England for a private flight to Pau in France, but shortly after take-off initiated a return to Biggin Hill, having reported engine vibration.

Upon descent during the downwind leg for runway 21 the flight crew reported a major power problem just before the Citation struck the side of a house. An intense fire ensued, and none of the two flight-crew or three passengers survived.

The UK Air Accident Investigation Branch (AAIB) conducted an investigation of the accident and identified a series of contributory factors and findings, but no probable causes. Contributory factors included the probability that a mechanical failure within the air cycle machine caused the vibration along with the probability that a missing rivet head on the left engine fuel shut-off lever led to an inadvertent failure of that engine.

Other contributory factors included the fact that approximately 70 seconds prior to impact neither engine was producing any thrust, along with the probability that a re-light attempt on the second engine was started before the re-lit first engine had reached any speed, thus resulting in insufficient time for thrust to arrest the aircraft’s rate of descent before impact.

It’s important to highlight that the investigation team specified “having neither a flight data recorder (FDR) nor a cockpit voice recorder (CVR) installed on the aircraft meant that any information critical to identifying the cause of the accident was not available to the investigation”.

While regulations do not make it compulsory for jets with a maximum take-off mass (MTOM) of under 5,700kg and certified to carry fewer than 10 passengers to operate with an FDR and CVR, the accident report highlights that there have been multiple accidents involving this category of aircraft where the cause is unclear for that very reason. Thus multiple investigations were left short of critical information that could have provided useful insight and clearer understanding of the factors leading to the losses.

The accident report thus contained a safety recommendation addressed to the International Civil Aviation Organization (ICAO) to adopt the proposals of its Flight Recorder Panel for a requirement to install flight recorders on jet aircraft with a MTOM of 5,700kg or less.

While there are still no current requirements to do so, operators of this category of aircraft would do well to consider the operational and safety benefits derived from having such devices installed.

First: a flight data recorder is a useful tool for fuel consumption monitoring. While the cost of fuel may not be as relevant to business jets as it is to the scheduled airliners, it’s also true that within the Business Aviation industry cost leadership can provide useful margins when proving value to the company shareholders, or negotiating charter contracts.

Second: data from FDRs can be revealing of non-procedural compliance trends and/or operational/structural exceedances, thus providing insight on the effectiveness of a safety management system. For example, how are flight crew able to identify hazards to safety during flight?

Third: having a flight data recorder can stimulate personnel to report more consistently as they know that operational exceedances are likely to be detected as part of a flight data monitoring program.

The challenges of implementing a flight data monitoring system within a small flight department are often associated with the cost of retrofit as well as finding the time necessary for data analysis within a busy workplace. These challenges can be overcome if there is an adequate safety culture in place to support flight data monitoring for safety intelligence gathering.

While cost-benefit analyses should always guide decision making within a flight department, it should be stressed that there are increasingly more affordable hardware and software solutions. Quick access recorders are readily available, as are a wide variety of suppliers of flight data analysis services to whom data analysis and interpretation can be easily outsourced.