Why Should Pilots Pay Attention to Detail?

Why did the routine flight of an HS 125-700A jet that should have ended with a successful landing end in tragedy? Jack Olcott reviews NTSB's accident analysis 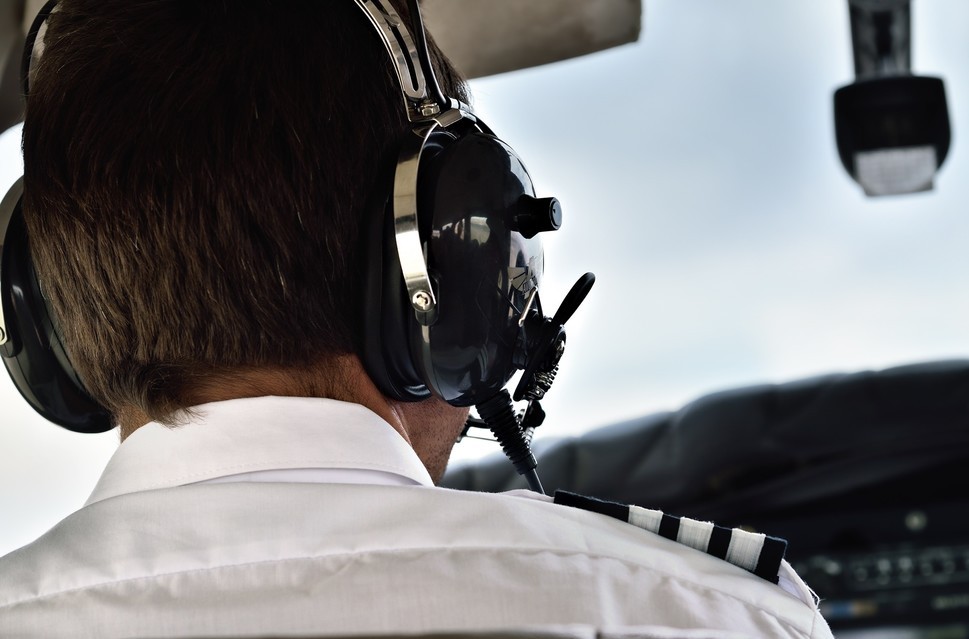 Accident case study highlights the importance of pilots staying focused
Why did the routine flight of an HS 125-700A jet that should have concluded with a successful landing end in tragedy? Jack Olcott reviews the National Transportation Safety Board’s analysis of the accident to highlight the importance of attention to detail…

Aficionados of classic songs will remember Little Things Mean a Lot, an international hit in the US and Europe on several occasions as artists associated with different styles charted top-10 billboard status with its words and melody in the 1950s through the 1980s. Even in this decade, it still attracts many listeners. While written to reflect relationships, the song’s message might well apply to aviation. If neglected or ignored, little things can lead to big problems.

Post-crash analysis by the NTSB determined that a British Aerospace HS 125-700A being operated by a respected charter company was flown by a properly certified and qualified crew and exhibited no evidence of mechanical or systems failure prior to ground contact due to loss of control.

Upon reviewing the aircraft’s Cockpit Voice Recorder (CVR), however, the Board did find that several seemingly small deviances from Standard Operating Procedures (SOPs) and aeronautical professionalism combined to produce large problems as the aircraft transitioned from its cruising altitude to commence a localizer approach to its destination airport following a short flight of about 40 minutes.

Contrary to the charter company’s informal practice, which traditionally had the aircraft’s captain serving as the Pilot Flying (PF) and the second-in-command (SIC) acting as the Pilot Monitoring (PM), control of the aircraft was in the hands of the co-pilot.

Although not typical, the arrangement may have seemed acceptable considering the co-pilot’s experience—total flight time in excess of 4,300 hours, 3,200 hours as pilot-in-command and nearly 500 hours as second-in-command of a Hawker—and the general perception that the captain was within his discretion to allow the co-pilot to serve as pilot flying.

A careful examination of the co-pilot’s training and employment records, however, raised questions about his preparedness for Pilot-Flying responsibilities.

While approaching the destination, the crew initially tuned in the wrong Automated Surface Observing System (ASOS) and obtained weather for a distant airport with a 700-foot ceiling and nearly 2-miles visibility before eventually recognizing their error and copying the appropriate weather, which as down to published minimums for their localizer approach to Runway 25 at their intended destination.

SOPs called for the PF (in this situation the SIC) briefing the PM (i.e., the captain), thus assuring that the pilot flying had thoroughly identified all salient features on the appropriate approach plate. Contrary to company protocol the PF asked the PM to brief the approach, reversing the process for reviewing the approach, and the captain agreed to the change.

The CVR revealed that the PF confused key elements of the assigned approach, such as the Localizer Runway 25 Minimum Descent Altitude, with the minimums for the RNAV GPS 25 approach.

The captain, however, failed to correct that error until the correct MDA was verbalized about five minutes after the initial approach briefing.

Furthermore, the pilot flying made several statements that indicated an incorrect understanding of the weather minimums required to begin an instrument approach (he referred to ceiling height as controlling weather minimum rather than visibility).

Meanwhile the aircraft continued its descent below 10,000ft while maintaining about 300 knots, contrary to the required 250-knot restriction. Additional analysis of the CVR indicated that the captain, acting as Pilot Monitoring, became confused regarding the status of the approach briefing.

Throughout the initial phase of what would be an approach to instrument minimums, the flight crew’s briefing was unstructured and never completed according to company procedures or best practices for a salaried crew flying a business jet. Critical items such as minimum sector altitude, altitude over key positions on the approach, minimum descent altitude, field elevation, profile management during the approach (i.e., Step Down or Continuous Descent Final Approach) and missed approach point, were never reviewed.

Contrary to company procedures, which stated that “checklist items will be read in a loud, clear voice, and the proper response will be equally clear and understandable”, no such protocol was captured by the CVR.

The NTSB felt that the incomplete nature of the approach briefing plus a modicum of confusion about the anticipated weather when the aircraft reached minimums resulted in ambiguous expectations regarding what the Pilot Flying would see when the Hawker descended to MDA. The Board concluded that the crew failed to conduct a complete approach briefing and accomplish all checklist items as required by the charter company’s SOPs, and thus did not have a shared understanding of how the approach was to be conducted.

Of greater significance, however, was the crew’s performance as the approach unfolded and the aircraft was positioned behind a slower aircraft also flying the localizer approach. Radar returns analyzed by the NTSB suggest that the Hawker probably had flaps extended to 25 degrees as it attempted to slow to 170 knots and descend to 3,000 feet. No callouts by the crew were recorded, however.

The VCR did capture the captain’s concern that the Hawker was in a nose-high pitch attitude as the PF slowed the aircraft and lowered the landing gear. Shortly thereafter, Approach Control informed the crew that the slower aircraft had landed and was no longer an issue regarding spacing.

Capturing the localizer, the Hawker was then authorized to descend to 2,300 feet and cross over the Final Approach Fix at that altitude, at which point it could descend to 1,540 feet MSL (473 feet AGL). The PF, however, remained level at 3,000 feet but continued to slow the aircraft in spite of the captain verbalizing that speed was decaying to 120 knots and that continuing to decelerate would lead to a stall.

For the aircraft’s configuration (flaps 25 degrees and gear down), its targeted indicated airspeed was 144 knots—Vref plus 20 knots. Adding to the aircraft’s drag and thus to its propensity to decelerate, the PF extended flaps fully to 45 degrees, contrary to SOPs, and the PM failed to question the configuration change.

The PF’s lack of situational awareness should have prompted the captain to take control or commanded the PF to affect a missed approach, according to NTSB.

Commencing a descent from 3,000 feet with flaps at 45 degrees and a speed of about 110 knots, the PF crossed over the Final Approach Fix at about 2,700 feet, 400 feet above the appropriate altitude of 2,300 feet. In what appeared to be an attempt to salvage the approach, he increased the Hawker’s rate of descent to about 2,000 feet per minute as the airspeed increased to about 118 knots, still well below the target for the instrument approach.

While the captain, as PM, cautioned the PF that “…you’re diving. Don’t dive…two thousand feet per minute…don’t go two thousand feet per minute”, at no time did the captain attempt to take control of the aircraft or command the PF to execute a go-around. Furthermore, the captain failed to make the altitude call-outs at 1,000 feet, 500 feet, 200 feet and 100 feet above minimums required by the charter company’s Standard Operating Procedures. Nor did the captain comment that the PF was approaching well below Vref as the aircraft descended to the Minimum Descent Altitude (MDA).

Radar data indicated the Hawker’s airspeed was about 113 knots and its decent rate approximately 830 fpm upon reaching the MDA. Reporting that he saw the ground, the captain said “keep going”. Although the PF did not verbally reply to that command, he continued toward the runway even though the aircraft’s airspeed, rate of descent and configuration were not within the required parameters for a stabilized approach and company SOPs called for a missed approach.

Instead of commanding a go-around, the captain said “okay, level off guy,” apparently indicating that he wanted the PF to stop the aircraft’s descent. Immediately after issuing that instruction, the sound of the Hawker’s stick shaker was recorded. When radar contact was lost at about 230 feet AGL, the aircraft’s airspeed was estimated to be 98 knots and its angle of attack (AoA) 21 degrees, far in excess of the critical AoA of 15.5 degrees.

Seven seconds after the captain’s call to level off, the aircraft CVR captured the sound of ground impact. The business jet had departed from controlled flight, colliding with an apartment building and immediately erupting in flames. All aboard the aircraft perished.

The Safety Board concluded that mismanagement by the flight crew and multiple deviations from the charter company’s SOPs were the principle factors leading to the accident. Contributing factors were the company’s attitude toward compliance with operational standards (which the NTSB characterized as “casual”), hiring practices, training and operational oversight of the crew in ongoing flight activities.

Additionally, the Safety Board cited the company’s lack of a formal safety program and the FAA’s oversight of the company’s training and flight operations.

What began as small deviations from SOPs and professional standards for airspeed and altitude performance led to a disastrous outcome.