Have you ever heard of commercial Adversary Air Training? And do you know what this specialized Aerial Work aviation sector does? Patrick Ryan “Zoom Climbs” to the answer and highlights many interesting aspects of this unique “Top Gun” aviation business sector.

Multi-Mission Aircraft
Patrick Ryan  |  19th May 2021
Back to Articles

As with any industry, there is always a group of individuals or teams considered the “Top Guns”, be it in importance, influence, or skill...

In Aerial Work aviation, it could be said that the individuals and aviation companies that provide defence forces around the world with mock-up enemy training opportunities are genuinely the Top Guns.

To earn this distinction, these individuals and companies must have the “Right Stuff” to go “Nose-to-Nose” with their customers in an aggressive manner with the right aircraft, kit, and aircrew.

With military services looking to alleviate shortages of aircrew and publicly admitting shortages in readiness, military organisations have begun to contract out some kinds of pilot training — specifically the live aerial combat simulation of enemy aircraft to the private Aerial Work sector.

So, what is this “Top Gun” sector of Aerial Work aviation? Like the “Kill Chain” concept used in the aerial combat community to define the primary elements of adversary engagements (Find, Fix, Track, Target, Engage, and Access), the process could also define the elements of the commercial Aerial Work sector that provides Adversary Air Training support.

To start with, the basic concept or purpose of Adversary Air from both a military and commercial service provider perspective is to give military personnel a representative enemy force to oppose.

Adversary or Aggressor aircraft and aircrew use enemy tactics, techniques, and procedures to give a realistic air combat simulation (instead of training against one’s squadron mates with similar mindsets).

Since it is unrealistic to use actual enemy aircraft and equipment, surrogate aircraft must emulate potential adversaries.

This training is valuable in that military personnel are not as aware of their opponent’s performance capabilities and characteristics and, therefore, must rely on fundamental basic fighting principles and evaluation/decision-making skills to react to an advantageous position versus their opponent. In this type of training, one type of fighter’s advantages may differ significantly from the advantages of the other.

Hence, service personnel learn to refine their skills to make use of their opponent’s weaknesses.

The concept of emulating potential adversaries in air combat started in World War II and has expanded since.

Today, most countries have some sort of military Dissimilar Air Combat Training (DACT) programme, but many cannot afford to supply their internal aggressor training. The cost to fly and maintain aircraft is significant, as is the wear and tear on the aircraft.

Additional flight hours for training cause a drain on the life of any type of jet— and keeping hours off active wartime fleet airframes is critical to the jets being available in the event of an international conflict. To ensure pilots are trained while cutting down on cost, militaries worldwide have increasingly emphasised the use of commercial/contracted adversary services.

So, what do commercial Adversary Air companies do to challenge their clients? The obvious answer is utilising similar type privately owned fighter jets to conduct aerial combat with military students and cadre to stress and test their skills. However, there is more to the menu board of services and missions these firms provide, which also stress and test beyond the fighter pilot cockpit as they also train and prepare other warfighters.

Some adversary missions do not require aerial combat but, as an alternative, involve flying relatively straightforward profiles to assess radars, missiles, and aircraft target acquisition and tracking abilities.

Here is a sample of the Adversary Air’s menu board of services and missions that prepare the service personnel of many militaries, be it airmen, soldiers, seamen, or marines:

To effectively stress and test their clients, the commercial Adversary Air sector must be tooled and equipped to make this happen. To truly meet their customers’ requirements, they must bring to the fight aircraft and systems that represent those of potential adversaries.

Besides emulating the looks (camouflage paint schemes etc.) and the right flight characteristics of an adversary, the job also requires commercial Adversary Air firms to imitate adversaries in the electromagnetic spectrum, i.e., radar signature, decoys, and even jamming the electronic systems of their clients. 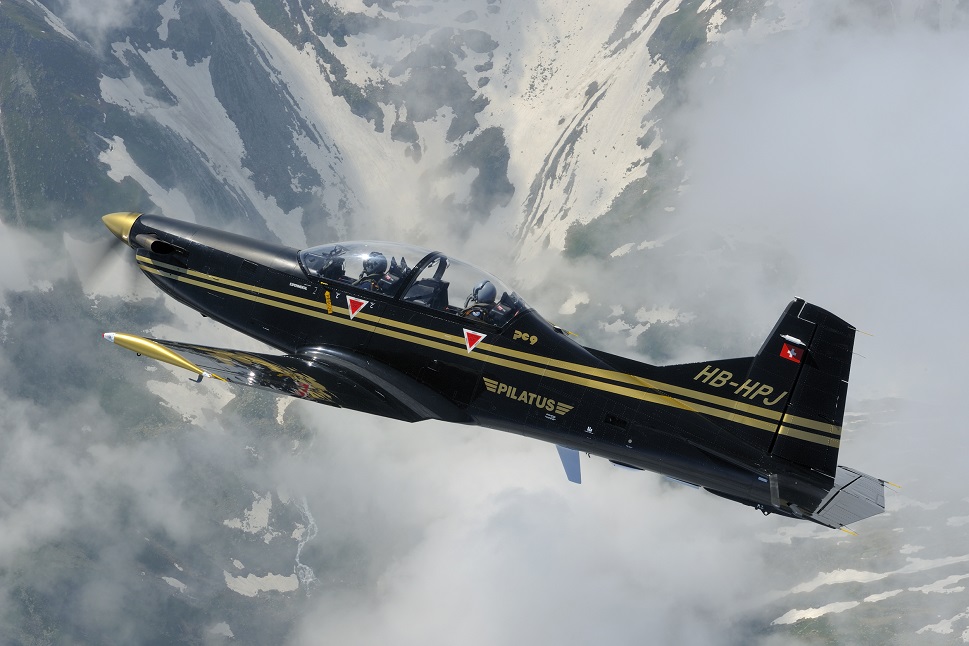 In today’s high-tech world of defence systems and operations, commercial enterprises need to bring a mix of unique aircraft and specialised systems that you’ll not find at your local aerodrome. The following is a general view of what they deliver...

Beginning with the type of aircraft these firms privately obtain, maintain, and employ, the backbone is former combat fighter aircraft followed by an assortment of other unique commercial platforms.

In the fighter jet arena, these jets are primarily 3rd (1950 to 1980) and 4th (1980 to 1990) generation platforms upgraded and sustained as if they were on active military duty. Here are some of the jets that are used by some of the leading commercial Adversary Air companies today:

Going beyond aircraft, firms also employ specialised systems on-board and off-board that enhance or emulate threats. Additionally, they utilise similar systems and capabilities, which allows them to integrate with client forces when required, e.g., JTAC training and Research & Development projects.

When it comes to these specialised systems, they can range from live ordnance, to decoys, to electronic jamming systems. Here is a shortlist of such hardware & software:

Outside of flying machines and hardware, the Aerial Work aviation professional aircrew and firms that provide such a unique but essential service have an incredibly different business model. In many ways, a very “One-Off” skill-set that is not traditional civil/commercial flying, i.e., a bit of both military and business aviation combined.

Concerning aircrew, the core of the aircrew members are pilots. Many adversary air company pilots are a combination of experienced tactical jet or multi-mission platform pilots who are either retired or serving part time in a reserve component.

Many of these pilots’ backgrounds include being graduates of a special aerial tactics school (U.S. Navy TOPGUN etc.), performed on a demonstration team (Red Arrows, Thunderbirds), and have qualified as Forward Air Controller - Airborne (FAC-A) instructors.

Additionally, they have served as senior instructors, commanders, and commanding officers of operational squadrons, groups, and wings while serving in uniform.

Besides the highly experienced and dedicated aircrew that brings the fight to the clients, the firms that make it their business to provide this type of military-looking service operate like any civilian air operator. However, most of these companies are invested and focused solely on this business model vs. an additional service to their company portfolio (i.e., air charter, medivac, etc.).

If you look under the cowling of these firms you’ll find a professional Maintenance Department with fully qualified A&P and I.A. technicians and inspectors, who on average keep the mission-readiness of the fleet at 90 percent.

Rolling to the front office, you’ll see a common theme among the company’s leadership, i.e., they're also tactical fighter pilots with the same background as their aircrew. However, many of them have graduated from leading business management schools and bring experience from other industry sectors.

Some of the leading Adversary Air companies that are active in supporting many militaries today are:

As with the final stage of an Air-to-Air aerial combat engagement, observing what happened and what to do better the next time is key for future success and staying alive. Aerial Work aviation and the Adversary Air sector are no different in their specialised business approach.

Because the primary job or mission of Adversary Air is to provide the best emulation of an opposition force for training, they accomplish this by operating similar aircraft and systems in all operational domains (air, land, and sea).

At the same time, they have become critical in supporting the research and development of new defence capabilities and tactics because of their vast in-house aircrew expertise, capabilities, and flexibility.

When it comes to the future, you’ll see these firms expand their fleets with fifth-generation fighters and leading-edge electronic/cyber offensive and defensive systems to match current developing threats around the globe.

Additionally, on the Unmanned Aerial Vehicle (UAV) technology front, these firms will expand their manned aircraft fleets with UAVs. Because of UAVs’ growing employment and threat, there is a growing need to emulate ever-developing UAV capabilities and tactics with actual UAVs, or by simulation by manned aircraft, to ensure their clients are mission ready to go against unmanned opponents.

Finally, with military services looking to give their pilots the “Top Gun” opportunity to fly against a diversity of aircraft types and pilots without the overhead and expense required to maintain a fleet of planes and instructors not otherwise in inventory, outsourcing to private companies in the Aerial Work aviation sector has become a viable and practical answer.

So, next time you watch the movie Top Gun (probably for the 20th time), remember the training opposition force today is probably not Maverick’s commanding officers but a highly skilled civilian fighter pilots in well-equipped and capable private Adversary Air Training aircraft.