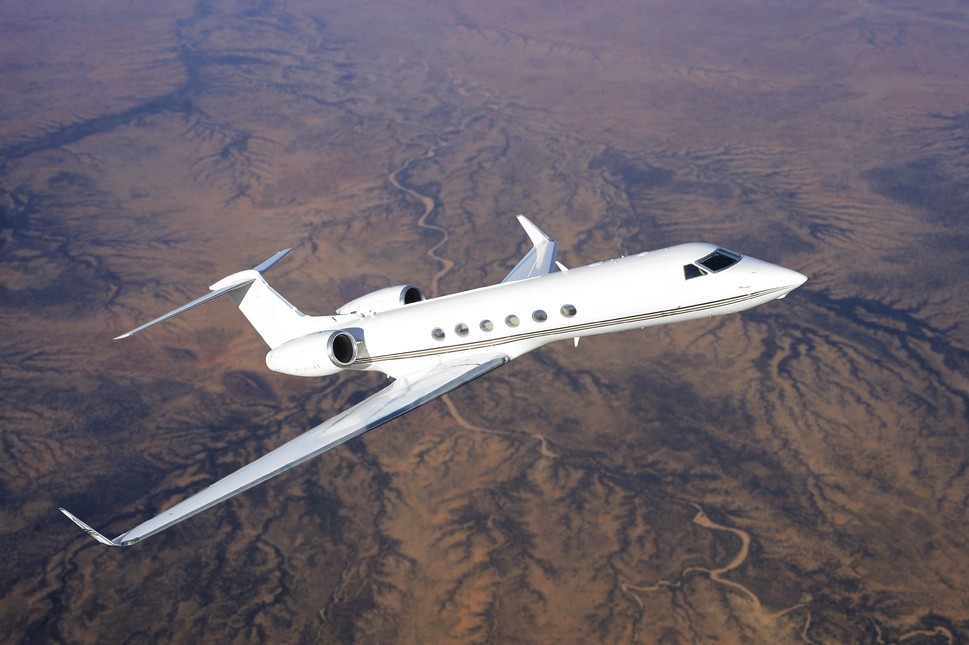 Some purchasers of business aircraft will benefit from provisions of the PATH Act passed by the US Congress in late December 2015, notes Jack Olcott. Here’s how…

As last year was about to pass into history, legislators in the USA pushed through an omnibus spending bill with the curious title of Protecting Americans from Tax Hikes—also known as the PATH Act of 2015. The action went by almost unnoticed.

Adding to potential ignominy, previous bills introduced during the past few years also used the same PATH acronym—e.g., Promise for Antibiotics and Therapeutics for Health Act and Protecting American Taxpayers and Homeowners Act. Neither of those bills passed both houses of Congress, leaving the PATH name available for the $1.1 Trillion legislation signed by President Obama on December 18, 2015.

For operators of business aircraft, passage of PATH 2015 was not simply tidying up last minute business in the world’s largest economy. Of the 127 or so sections of the bill, extension and modification of two provisions in particular—Bonus Depreciation and IRS Section 179 Expense Deductions—offer opportunities for lessening a company’s tax burden when purchasing a business aircraft or other qualified equipment used in pursuit of ordinary and necessary business activities.

Although the total depreciation of a business asset may not exceed the cost of that asset when acquired, the timing of when a company may claim depreciation for tax purposes has significant ramifications. Deprecation is normally taken in specified amounts over a set number of years as allowed by current tax law.

For example, a business aircraft used as an industrial aid and operated in accordance with FAA Part 91 is depreciated over a five-year period. A company might choose a longer period to depreciate the asset, but it may not elect a shorted recovery period.

Taking the maximum allowable deduction for depreciation during the first year equipment is placed in service often is more favorable for the acquirer.

To stimulate business activity, the US Congress has from time-to-time allowed rapid depreciation of assets that a company uses in the furtherance of its business.

Without further extension of the code that existed in 2015, bonus depreciation was due to expire at the end of last year and revert to a traditional, but less favorable schedule.

The PATH Act of 2015 extends 50 percent “bonus” depreciation through 2017, phasing down by 10 percent each year beginning in 2018 and eventually reverting to traditional levels associated with allowed depreciation. Readers are cautioned to seek qualified tax counsel before making a purchase decision.

The PATH Act of 2015 extends until further notice the small business expensing limitations and phase-out amount in effect from 2010 to 2014, which were $200,000 for individual assets placed in service during the tax year and a $2m spending cap on all equipment purchased (after which Section 179 expense limits were reduced dollar for dollar until completely eliminated above $2.5m).

Until the revised tax code was enacted less than two weeks before 2016 dawned, the maximum expensing limitation per qualified item for 2015 and subsequent years was $25,000 and the total spending cap was $200,000. Section 179 provisions are available for used as well as new equipment.

As presented on the Section179.org website and attributed to Crest Capital (www.crestcapital.com), equipment purchased for $650,000 in furtherance of business can now be expensed and depreciated as shown in Table A. 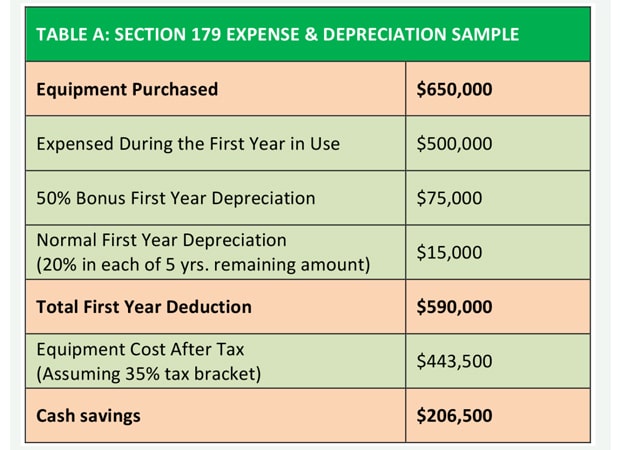 The decision to purchase or lease a business aircraft should be based upon the ability of a company to move people and/or goods more efficiently and thus more productively using Business Aviation, thereby benefiting shareholders. Incentives created by tax provisions should ultimately be secondary.

Nevertheless, Bonus Depreciation and Section 179 Expense provisions are important incentives. Most governments throughout the globe use tax policy to stimulate economic activity. Thus we urge all readers of AvBuyer to discuss tax provisions with qualified professionals and stay abreast of legislation that affects their purchases.