Troy Rolf is a Vice President of GKG Law- P.C.- and manages the firm’s Minneapolis office. A tax...

Attorney Troy Rolf dissects the details of depreciation and describes how this accounting principle can benefit owners of business aircraft.

The US Government allows owners of equipment used for generating income or otherwise ordinary and necessary for the conduct of business, such as a business aircraft, to depreciate the original purchase price of the hardware and deduct the amount eligible for depreciation from revenues.

The equipment owner has two basic means for calculating depreciation: Modified Accelerated Cost Recovery System (MACRS) and the Alternate Depreciation System (ADS). Furthermore, depreciation is subject to the use of eligible equipment and to special rules the US Congress enacts from time to time to encourage the purchase of a business asset.

Many aircraft owned and operated for business use are depreciable for federal income tax purposes under the MACRS of Section 168(b) of the Internal Revenue Code, which permits taxpayers to accelerate tax depreciation by allowing a greater percentage of the deductions to be taken during the first few years of the applicable recovery period, compared with using a straight-line depreciation method (i.e., ADS). Of course, the tradeoff is that less depreciation will be available to offset income in later years.

Some aircraft are depreciable for income tax purposes but do not qualify for accelerated depreciation under the MACRS system.

Whether or not a taxpayer may depreciate an aircraft, and if so, the appropriate depreciation method and recovery period, depends on several factors. These include the category of aircraft (e.g., airplane or helicopter), and the type of use to which the aircraft is put (e.g., personal, business, or commercial charter).

Aircraft, other than helicopters, used in commercial activities or contract carrying of passengers and freight by air (e.g., typical Part 135 operations) may be depreciated under MACRS over seven years, or under ADS over twelve years. Aircraft used for qualified business purposes or for the production of income (e.g., typical business-use Part 91 operations), and all depreciable helicopters, may be depreciated under MACRS over five years, or under ADS over six years.

If an aircraft is used part of the time for a qualified business and/or commercial purpose, or for the production of income, and part of the time for personal, non-business purposes, the depreciation deduction allowable for the taxable year will be limited to a fraction of the depreciation deduction that would have been allowed had the aircraft been used solely for business purposes. (As a general rule, a qualified business purpose is any use in a trade or business for which a deduction would be allowed under Section 162 of the Code, which defines deductible trade or business expenses.)

The depreciable basis of the aircraft will nevertheless be reduced by the entire amount of depreciation that would have been allowed had all the use of the aircraft during the year constituted Business Use.

Certain uses of an aircraft by a business entity that arguably may be considered qualified business uses nevertheless will not qualify under certain circumstances.

3. Use of the aircraft to provide compensation to any other person unless an amount is included in the gross income of such person with respect to such use of the aircraft, and any required income tax was withheld (e.g., income is imputed under the Standard Industry Fare Level (SIFL) formula).

Next month Attorney Rolf will address Mixed Business Use, such as deriving income from chartering the aircraft when it is not involved in company activities.

Find more articles like this every month in AvBuyer magazine. 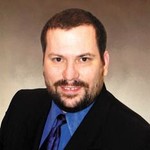